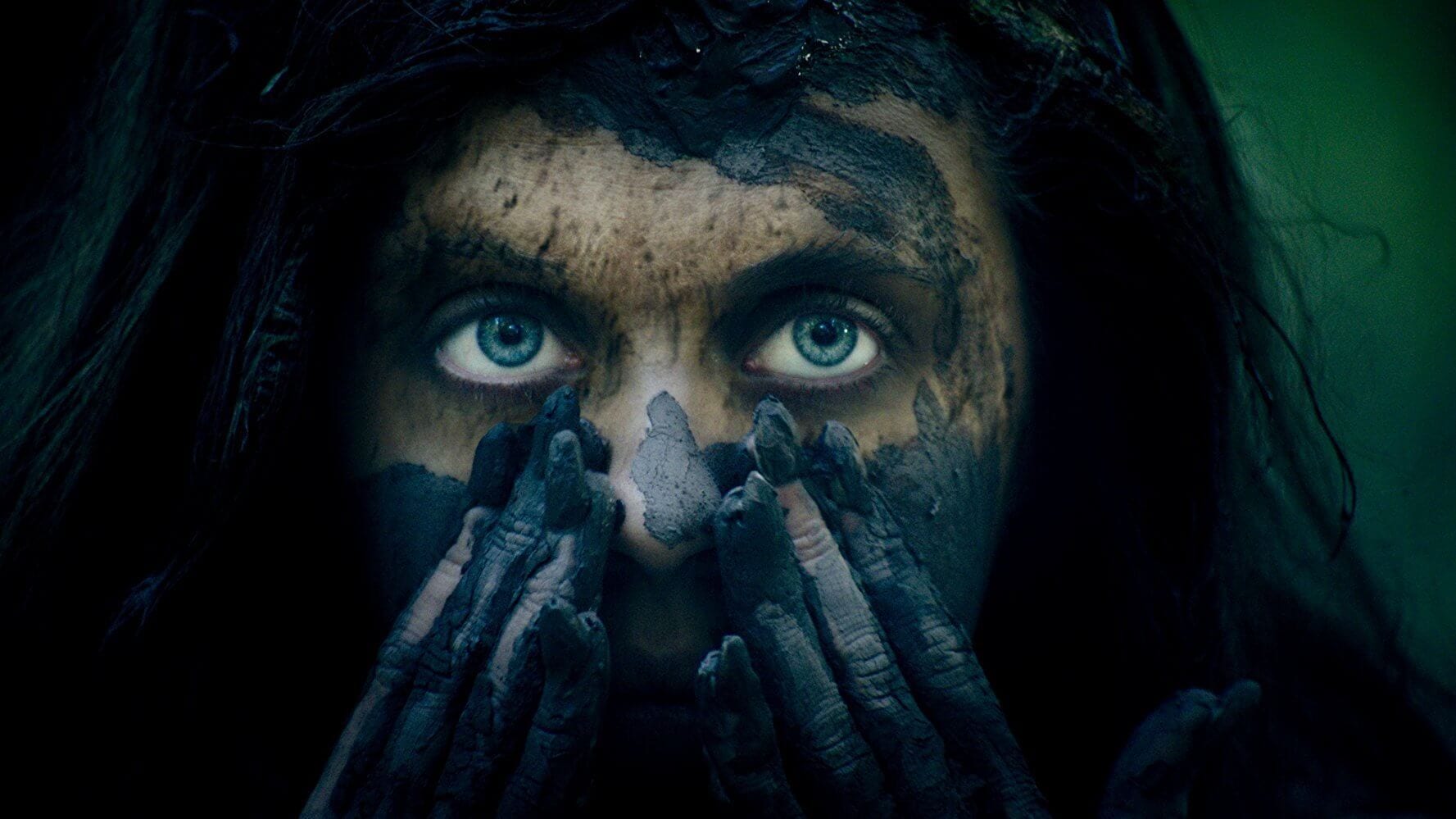 Wildling is a supernatural horror film that follows sixteen-year-old Anna (Bel Powley) after she’s found by Sheriff Ellen Cooper. It’s discovered that Anna has been drugged to keep her body from maturing for an unknown amount of years; as she weans off the drug, she has to come to grips with being thrust into adolescence as well as a darker reality hidden within her.

I hadn’t heard of this film until it popped up on iTunes, but as soon as I read the synopsis they provided, as well as watched the trailer, I knew I needed to see this one. Wildling is an interesting twist on the coming-of-age film, much like Raw from last year.

The acting and characters in Wildling are pretty great across the board. Bel Powley gives a fantastic performance as Anna. She doesn’t speak a whole lot, but Powley doesn’t have to because she communicates beautifully with her eyes and body language. She’s incredibly convincing in what isn’t a straightforward role. Obviously her character is figuring out how her body works and all the changes she’s going through, but these changes aren’t that of the typical young woman. Powley is especially impressive in the final act, when she’s in full-on monster mode, because it’s not the mindless beast we might be accustomed to in a werewolf film. There’s calculation in her eyes, emotion in her face, and a feral nature in every violent move she makes. Liv Tyler also does a really good job here, although she does have a couple of moments where she looks like she might fall asleep. Tyler has this really great motherly quality to her in this film, and her chemistry with Powley is strong. Collin Kelly-Sordelet is also good as Ray Cooper, Sheriff Cooper’s little brother. The relationship he develops with Anna is tender, and his chemistry with Powley sells it completely, even if the script doesn’t support them as well. His desire to help Anna is believable as hell, and I hope to see this guy in more films soon. The final cast member I want to mention is Brad Dourif, who is stellar as “Daddy.” He’s creepy, slimey, and also believably fatherly towards Anna. Some of the reveals for his character really make you dislike him, but there are contrasting scenes between him and young Anna that are beautiful. Dourif is a criminally underrated actor, and this film is just further proof of that. 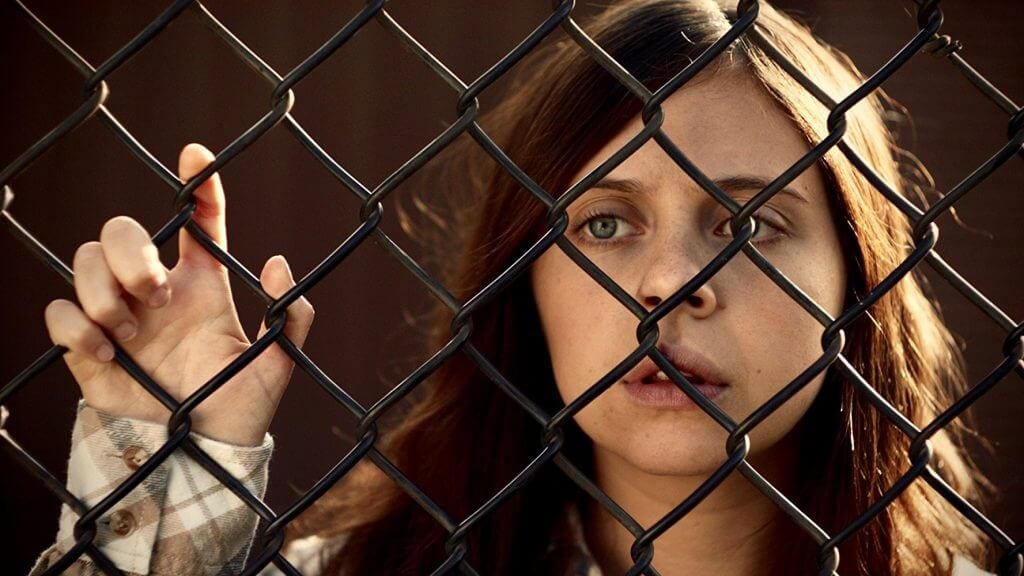 The story of Wildling can be construed as it’s most conventional aspect, but I don’t think this is the case. Sure, its the coming-of-age story, but they frame it in a very different way than usual. Attacking this as body horror and a supernatural thriller, as well as a young adult film, makes Wildling stand out from the crowd, again like Raw. They succeed in making some aspects about what Anna is going through relatable, even if they’re coming later for her than other ladies.

However, I do believe that the film is rushed at times. Wildling is under ninety minutes, and hurdles through time jumps. It should have been nearly two hours long to allow the story to really breathe; as is, it feels like we occasionally gloss over certain pieces of the puzzle . For example, there’s a point in the film where Anna goes to stay with the Cooper family. She goes from being a house guest to being magically enrolled in school and ready to take a test in civics. It feels like we missed days or weeks of time, time in which the relationships in the film could have been fostered, that we didn’t completely see. The romance between Anna and Ray is believable because of the chemistry, but they fall for each other in a quick timeframe. I imagine this happened progressively over the time they spent in the house together, but we don’t see some of this budding romance. That’s not to say that we don’t see it at all; on the contrary, we get some really great moments between the two, such as a rooftop conversation and one of the best gags in the film that I won’t spoil. (It involves Ray showing Anna something on his laptop, and I’ll leave it at that.) There’s a good amount that I wish they showed us, though. Otherwise, the most well-developed relationship is the one between Anna and Daddy, which has a great twist that really messes with Anna. There are some beautiful moments between them, some really emotional scenes, and this raw anger as well. Daddy is a monster of a character.

The cinematography and editing in Wildling are pretty good overall. There are some genuinely gorgeous shots; the forests feel endless, lush and green, and there are some really stellar transitions. I even thought a couple of shots were frame-worthy. The editing keeps the movie running at a great pace from beginning to end, with hardly a second that drags. The editing in the hunting sequence towards the end is especially strong because they edit to keep Anna hard to see, the way I imagine she appeared to her hunters; really well done.

The musical score is exceptional, truly ramping the tension up but also lending to some of the more beautiful moments of the film. Paul Haslinger puts you in the same mindset and mood as Anna and creates an eerie atmosphere that pairs well with the cinematography and tight editing. The sound design is also really well-handled, with the roars of the Wildling piercing the night, and some nasty blood gurgling. One of my favorite moments in the film is all about sound, which is a sequence where a character covers Anna’s ears, shielding her heightened senses from the intense noise of a party. The way the sound fades out really makes that moment — where a relationship comes to fruition — more effective. 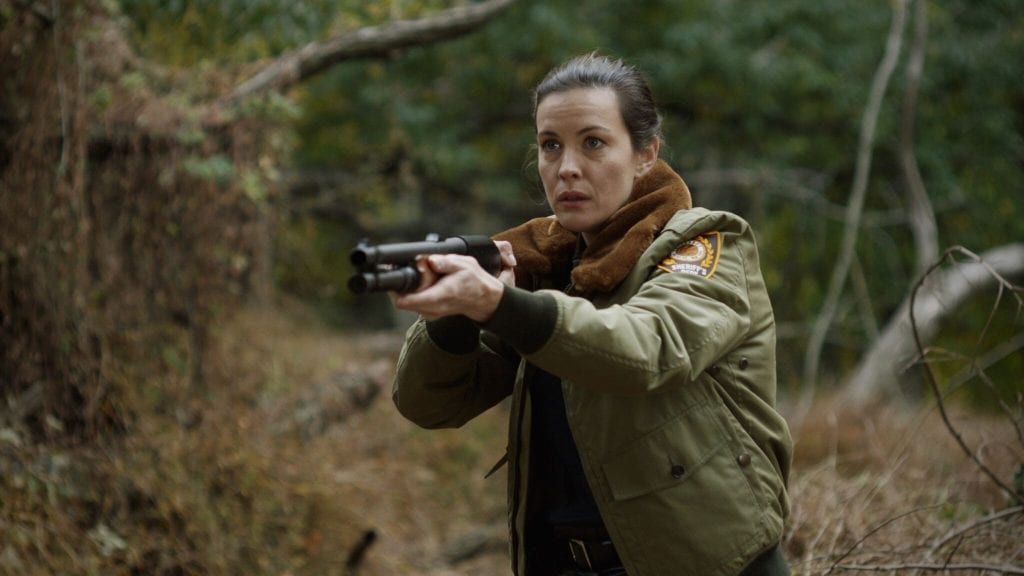 Let’s talk about the makeup effects for a moment, because they’re pretty great. The Wildling creature looks fantastic, and different from most werewolves. One of the most impressive aspects of the effects, however, is the facial makeup for Anna. It accentuates the feral parts of the monster while allowing Powley to act through the makeup. They shoot her face in closeup after the transformation and the amount of performance she’s still able to deliver is commendable. There are some spoilery elements of the makeup that I won’t talk about in detail, but there’s a scene where someone’s belly gets cut open and it looks real to me. Hats off to the makeup and creature effects department! But, while the makeup is excellent, my biggest issue with the film — aside from the short runtime — is that there are some really lousy visual effects. There’s a shot where Anna makes a jump that was so bad I honestly don’t know how it got approved. Wildling also features a sequence with a CG deer that looks positively unconvincing.

Overall, Wildling is a film I definitely recommend checking out if you’re looking for a good werewolf movie, boasting some awesome performances, creepy atmosphere, and a great musical score. With a short runtime and some rough CG work it’s not without it’s faults, but it’s definitely worth the ninety minutes.

What did you think of Wildling? Let me know in the comments below! Stay nerdy everyone!

Wildling is an interesting take on the coming-of-age narrative, boasting great performances, some stellar makeup effects, and a strong musical score.