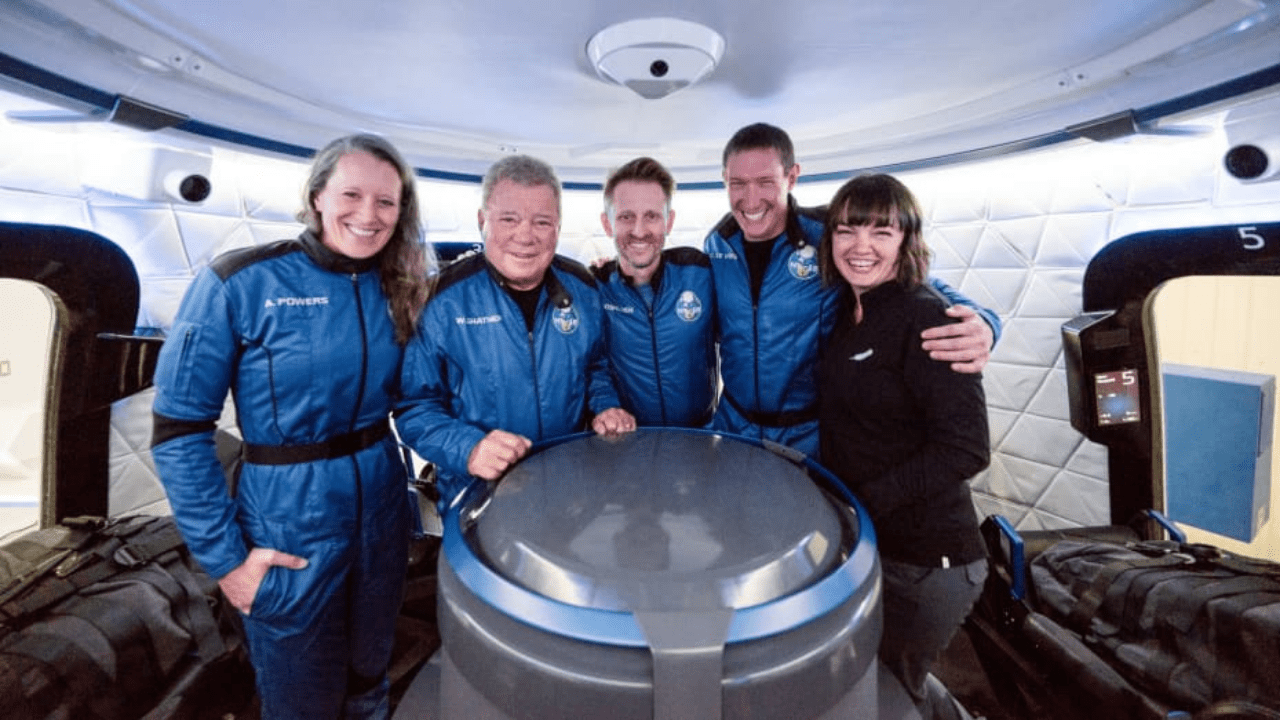 Captain James T. Kirk finally made it into space. William Shatner, 90, becomes the oldest man to have ever slipped the surly bonds of earth and touched the face of God, to paraphrase a great man. Shatner surpassed the mark set by Wally Funk in July of this year when at 82, he was a part of the initial launch of this type in the so-called “Billionaire Space Race.” Thanks to the Blue Origin program, spearheaded by Dr. Evil stunt double Jeff Bezos, Shatner – alongside three other well-to-do individuals (Audrey Powers, Chris Boshuizen, and Glen de Vries) – made it successfully into orbit for the company’s 5th launch this year.

The rocked launched from Blue Origin’s West Texas facility, reaching 100 kilometers, something the Canadian knows but is roughly 340,000 feet in altitude, before landing safely back on Earth minutes later. From takeoff until the return back to this Cerulean Death Orb, the entire trip took about 11 minutes, highlighted by 3 minutes of weightlessness.