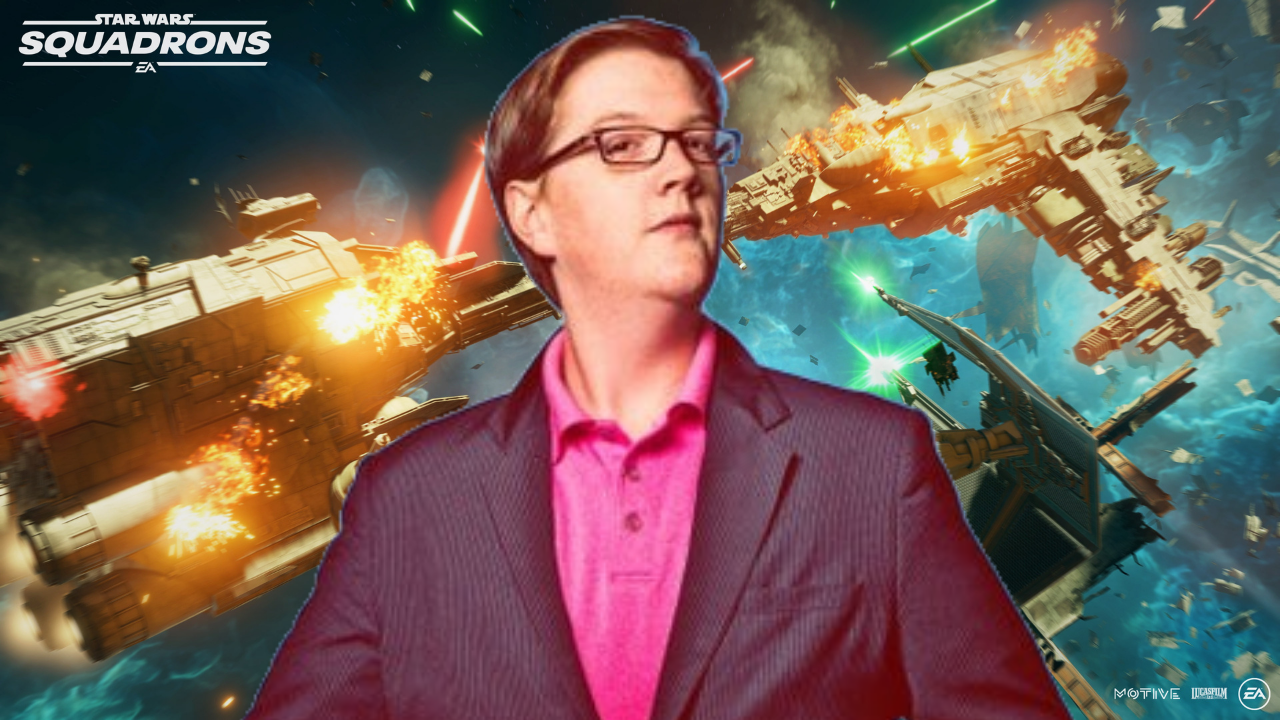 Will these people ever learn?

The recent release of Star Wars: Squadrons could have been a great moment for Star Wars fans and gamers alike, a true Star Wars flight simulator inspired by the old Lucasarts games X-Wing and X-Wing vs. TIE Fighter. It had people, including myself, actually interested in something Star Wars for the first time in a while. But along come Mitch Dyer and his pronouns.

This is all it takes. ONE TWEET telling people to respect the made-up pronouns of a fictional character, and it has people asking who you are and why the hell you would put this in your video game. The idea of using they/them in the middle of a battle is ridiculous, period. Appealing to the woke crowd who insists that EVERYONE put pronouns in their bio, to whom misgendering someone is considered a capital offense, is equally insane. The pronoun police on Twitter doesn’t represent the real world, and they don’t actually buy your product. Normal fans had started to look past the fact that there are hardly any white men in this game, that female pilots seem to be the majority in both these military factions, and the completely forced and inconsequential reveal that an Imperial Pilot was gay. But this viral tweet changed everything.

If you didn’t know already, Mitch Dyer has a history of alienating consumers. As Dataracer would reveal, Mitch Dyer is well known for despising anyone who doesn’t lean far left.

This includes attacking Lucasfilm employee Gina Carano (while censoring her name because he is a bitch) for her supposed political views, encouraging violence against those he disagrees with, and saying, “Fuck the police.” This is the type of vile, disgusting human being who is writing Disney Star Wars stories.  As a result, he will inevitably push HIS politics into these games. After all, this is a man who claims that Anita Sarkeesian is his “hero.”

Cannot emphasize this enough: Anita Sarkeesian is my hero. I can't think of many people I admire and respect more.

Will Star Wars: Squadrons be financially successful? Probably. But every time someone representing Lucasfilm alienates fans, people will turn away from the thing they used to love. As a result of this one virtue-signaling tweet, EA has started to lose sales.

Nobody buys a Star Wars game, in order to find out a character's pronouns, you virtue signaling clown.

That pretty much makes the case for me, not to ever touch this piece of shit. That's $40 saved! https://t.co/qAdXbPChKc

Thanks for helping me make my final decision on this game. I will never buy or play this game. https://t.co/vPibIKLnKl

Disney Star Wars is dead, and the respect for EA in the gaming world is at an all-time low. Mitch Dyer is cancer in a disease-ridden industry, so maybe he is a perfect fit. If calling fans Nazis, attacking Lucasfilm employees, and trying to de-platform people who disagree with him will not get him fired, this tweet will have no impact on his professional career.  But fans will remember. Many Star Wars fans and gaming normies didn’t know who Mitch Dyer was before this, and now they will stay FAR away from any game he is involved with.  When all their projects start to fail, these companies may finally learn: Get Woke, Go Broke.

I was considering buying this, then I saw Mitch Dyers take & I thought “No, im out”.

Yea, i was going to grab this when it went on sale…. forget it

I heard Sony was doing great with their PS5 — sorta. This will continue to happen. There are PLENTY of Indie games out there to act as competition. Soon, there will be Indie franchises for fans to be a part of. They will run out of money. Twitter is $3B in debt.

That’s too bad. The trailer made it look awesome, but as usual can’t trust Disney.

The game is on sale on Steam and I was interested in the VR.

Thanks for the honest report. It’s getting nearly impossible to find anyone who dares to write the truth.

Got this for free a bit ago as a monthly on PSN. I was a huge fan of the Rogue Squadron games, also a huge fan of Ace Combat, and I heard that EA isn’t as bad as they were before and that the Fallen Order game was quite good. So I booted this up expecting… maybe for it not to be awful. Then I see that white men are the minority, you’re discouraged from playing as one, the Empire is full of aliens (breaks canon), and there are no genders. You can have a butch Kenyan Imperial pilot with the voice of a 10-year-old girl, and it can have breasts as well. Deleted immediately. Why does everything have to be quasi-religious woke garbage now?