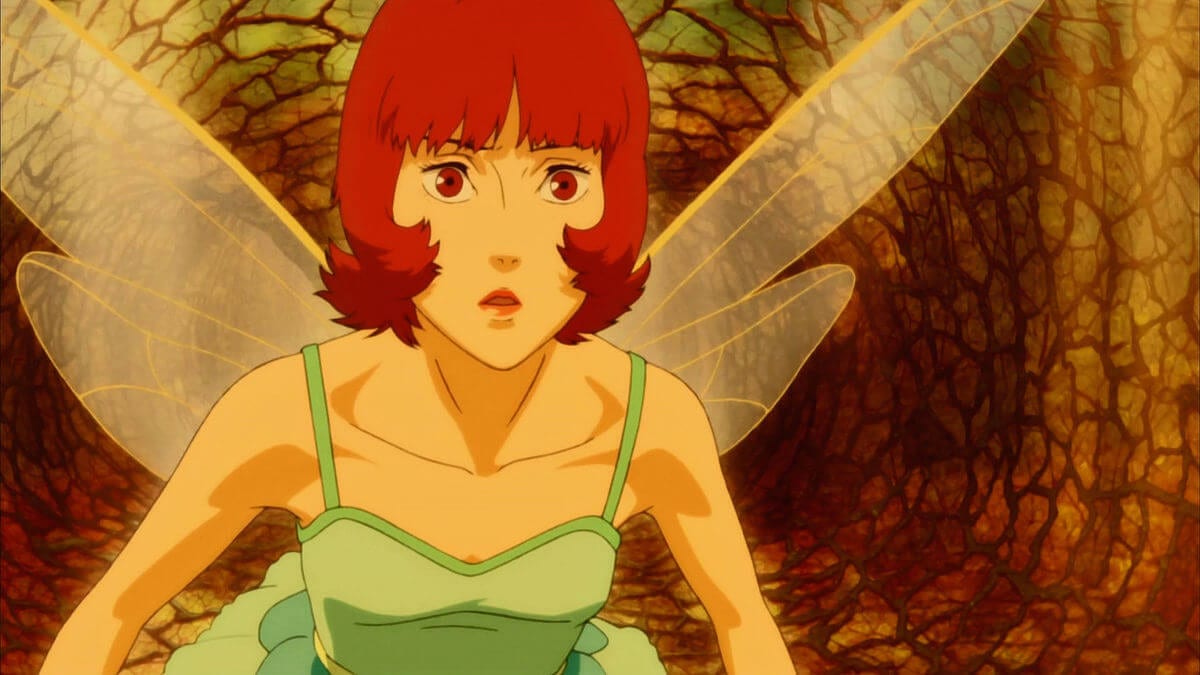 Welcome back to You Should Be Watching, where I recommend films and series that I think are underrated. Based on a novel by Yasutaka Tsutsui (who voices a bit part in the movie), Paprika was the last film of Satoshi Kon, a brilliant artist, writer, and director who passed away in 2010 at the age of 46. He only made a handful of films, but they’re extremely creative, thoughtful, and beautiful. Paprika is about dreams and the blurring of fantasy and reality, prompting fans to compare Inception to it. While there are some exact shot replicas and shared themes, I still think both films stand on their own, and there are huge differences in the plot and characters.

In Paprika, a scientist named Chiba Atsuko and her coworkers at the Foundation for Psychiatric Research look for the stolen D. C. Mini, a device that can record and replay people’s dreams. The thief, meanwhile, uses it to enter people’s minds, manipulating and occupying them with visions of their own dreams and those of others. In the dream world, Atsuko becomes an avatar named Paprika, who serves as a therapist for her subjects, discussing various topics through the lens of dreams. Things get more chaotic, and the dream world and reality collide as they attempt to identify and catch the thief.

The cinematography in Paprika is amazing, and just as mind-blowing as the concepts it deals with. Kon shoots the film as though it were live-action, and in many ways, the characters move like real actors would. If there’s one thing I love to see in an animated movie, it’s respect for the medium and the audience. The scenes in the real world seem restrained and very grounded, while in the dream world it’s butterflies and nonsense parades and literally anything the characters think of. They really use the medium to its fullest potential in showing Kon’s vision of what dreams and fantasies are like while keeping everyone calm and reserved in real life, not being totally honest with each other. 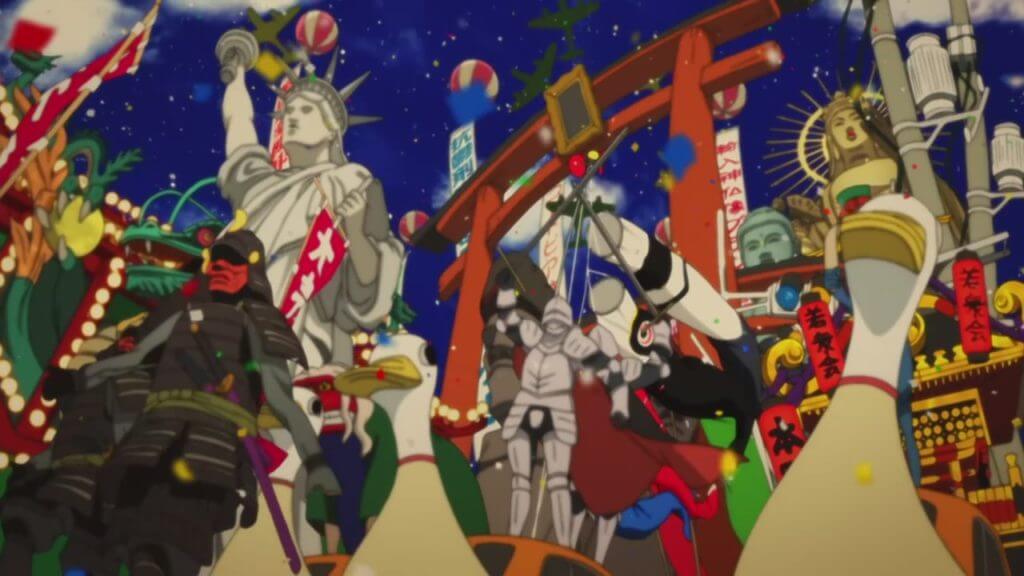 The animation itself is spectacular, particularly in the dream world and near the end when the two worlds merge. There’s a huge contrast of color here, both between the real and dream worlds and from one dream to the next. I also love how Paprika feels like a part of every dream, a fairy in one and a butterfly in another. I particularly enjoy a quick scene where she’s in the dream of Detective Toshimi, who was once a film student and fixates on movies in his dreams. They travel through different genres of film and change from Tarzan and Jane to a couple fighting in a train sequence that looks eerily reminiscent of the Bond film From Russia With Love. The music is lush and gorgeous. Composer Susumu Hirasawa always matches and amplifies the feel of any particular scene, from calm to tense to outright madness. The film’s theme song is lovely, catchy and joyful. The movie as a whole counters its heavy themes and character moments with a joyful tone and upbeat music and visuals, and it works spectacularly well.

I don’t know anyone in the main voice cast from anything else, but they’re all great here. I usually prefer to watch movies and shows in their original language because dubbed voices often sound forced, so I don’t know how the dub for this film is. Megumi Hayashibara voices Atsuko/Paprika, giving each a unique voice befitting their very different personalities and appearances. This must have been a challenging role, and she hits it out of the park. Akio Ôtsuka voices the detective, who is probably my favorite character, though I like Atsuko and her alter ego quite a bit. His passion for film, his disappointment at having not pursued it, and the guilt he feels over a lost friend make him very sympathetic and entertaining character. Tôru Furuya, Kôichi Yamadera, Katsunosuke Hori, and Tôru Emori round out the main cast. While I think Hayashibara and Ôtsuka are clear stand-outs, there’s nobody here who does a bad job, and every character is convincing.

The relationships between the characters range from creepy to endearing, and everything in between. Paprika and the detective have a unique bond, her helping him heal and him protecting her in the third act from less friendly acquaintances. He remarks at one point that she’s literally his “dream girl,” but nothing can come of it. She isn’t real, and Atsuko isn’t anything like her, not in real life. The first time I saw Paprika I was surprised by the characters that do end up becoming a couple, which I won’t spoil here. In rewatching the film I can see some buildup there, but either way, it’s really sweet when it so easily could have become stupid. There is one thing I wish we could have seen more of, and that’s the villains and their motivation. It’s explained near the end and hinted at earlier than that, but this is the only aspect of the film that doesn’t feel complete. It seems like everything else is so masterful, while the antagonists are just run-of-the-mill troublemakers. I won’t reveal who they are, but you can probably guess when you’re watching the film; it’s not a huge surprise. Nonetheless, I don’t think any movie is perfect, and every other element in this film works great. 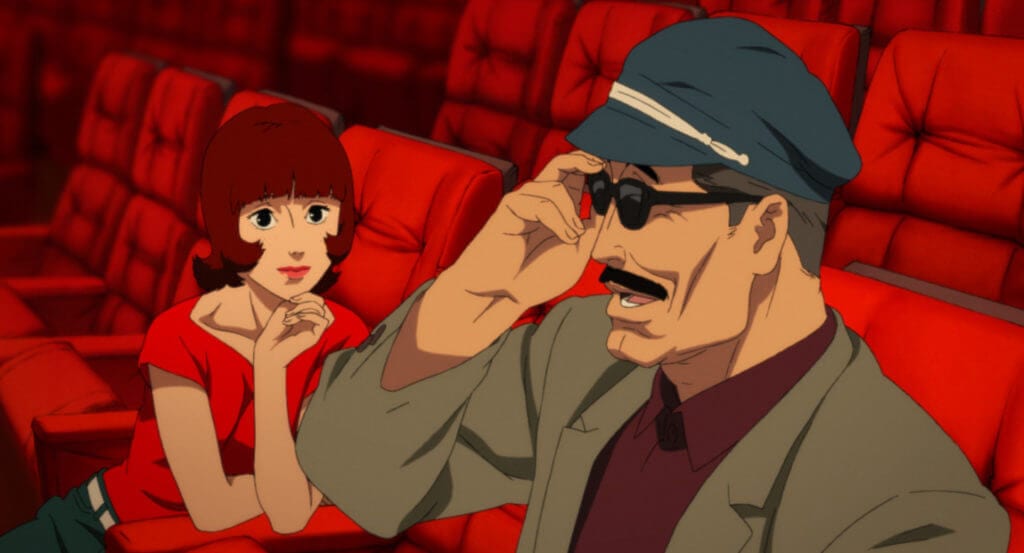 Paprika toys with the influence dreams, movies, and even the internet have over reality and where the line is drawn, never giving a concrete answer. It’s a breezy 90-minute watch, and an engaging one from start to finish, making it seem even shorter. It’s amazing to think about how much happens in the film and everything they explore in such a short runtime. Paprika seems to be highly regarded among critics and cinephiles, but you don’t hear much about it. I’ve never met anyone who had seen it (prior to my showing it to them, of course). It may hold less appeal on the surface than, say, the work of Hayao Miyazaki (which is already somewhat niche Stateside) because it’s less child-friendly. The whimsy and emotion are here, but several Miyazaki/Studio Ghibli movies (not all) qualify as family movies, and this one does not. It may also be off-putting to some that the film is in Japanese to begin with, and that the “main” version available isn’t the dubbed one.

Paprika is nonstop fun from start to finish, while also examining some interesting themes. The characters are amazing and have satisfying relationships, with the one exception being the villains. The cinematography, voice acting, and cast of characters are why you should be watching Paprika.