You Should be Watching: The Castle of Cagliostro (1979)

Welcome back to You Should be Watching, where we seek out underseen and underloved films and series. This week, we’re off on the adventure of a lifetime with Lupin III in The Castle of Cagliostro. Lupin III, also known in Japan as Arsène Lupin, began as a manga series in 1967, the popularity of which has spawned movies, TV series, and additional manga series. The Lupin franchise has been called the Japanese equivalent of James Bond, and I think that comparison is fair in some ways, but not others. Lupin has beautiful girls, fights, chase scenes, and villains hiding away in exotic locales, but unlike Bond, he’s a thief, not a spy. I actually didn’t know anything about the character, franchise or this movie going in; I sought out The Castle of Cagliostro simply because it was the feature film debut of director Hayao Miyazaki. I had a phase in high school and part of college where I found and watched all of the Studio Ghibli movies and found that they ranged from bleak and realistic to whimsical and emotional. Before Studio Ghibli was ever formed, its figurehead worked at the smaller studio Telecom Animation Film with a more limited budget to create The Castle of Cagliostro.

The Castle of Cagliostro follows Lupin and friends to a castle (I know, shocking) where an evil count counterfeits money and seeks to force a princess to marry him, giving him access to her family’s fortune. Lupin has a personal connection to the castle and the princess, motivating him to save her, as well as solve the mystery of the counterfeit Gothic bills. There are small nods to the older series in this film, such as Lupin wearing a green jacket, but the characterization of the led has lead to some assumptions that the events therein take place much later. In The Castle of Cagliostro, Lupin is shown as noble and ultimately heroic despite being a playboy and a thief; he even comments at one point that he used to be more wild and selfish. This has led to some criticism of Lupin’s portrayal in the film, but it doesn’t bother me; the idea of it taking place later in his career would explain some changes in temperament and priorities. It also makes him a more sympathetic character. 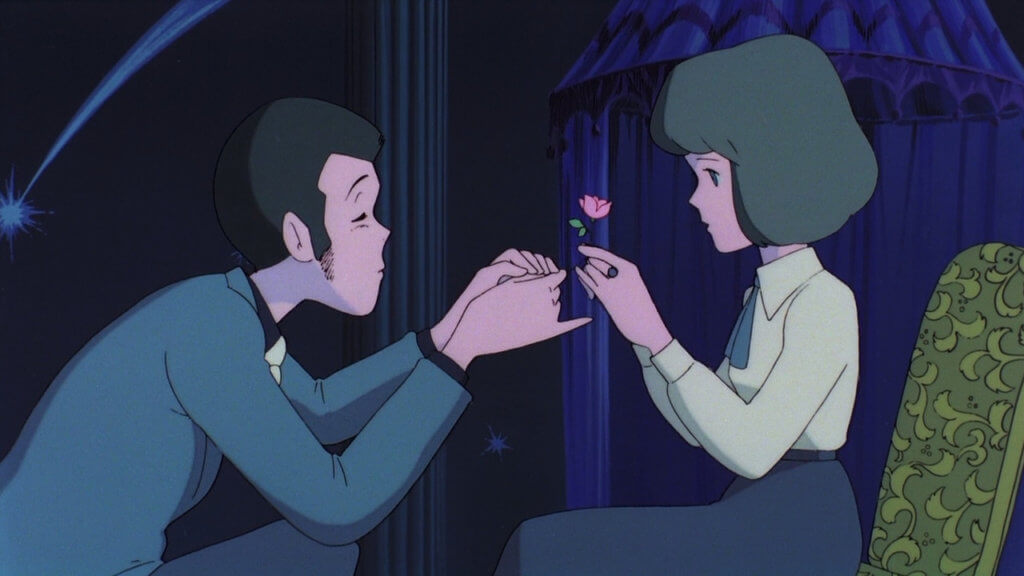 I quite like some of the side characters in the film, too. Goemon, one of Lupin’s comrades, dresses and acts like a samurai, despite the film appearing to be set in modern times, and Koichi Zenigata is an Interpol detective who regularly chases after Lupin. In The Castle of Cagliostro, it’s revealed that Lupin called him to report himself in an attempt to draw Interpol into the conflict, and it works. At first, the Count instructs his guards to comply with the investigation, but it soon becomes clear that there’s something shady going on. Lupin finds yet another familiar face within the Castle: Fujiko Mine, a female thief posing as the princess’s servant within the castle. She also has a complicated history with Lupin; she was created by the writers of the original manga to bring a female presence into the gang, and to fulfill a Bond girl fantasy type role. Her name is even a play on Mount Fuji; I’ll let you infer why she’s called that. In other iterations of Lupin III and also a series named after her, she’s more sexualized, but this film is rather tame. The princess isn’t a very complex character, but she is sympathetic, and I love the relationship between her and Lupin. When I first saw The Castle of Cagliostro, I was afraid they would have a romance; it wouldn’t really fit in a story like this, and she looks very young. Her apparent age is part of the creep factor with the Count trying to force her into marriage. However, throughout the film, they slowly reveal what the relationship between the two is and why Lupin is so devoted to helping her, and it’s adorable. The most important thing in a movie, to me, is the characters and their relationships; it’s something that this film excels at. The heroes and the Count are all archetypes with straightforward personalities and mostly straightforward backstories, but the banter between them and the way they interact feels authentic. Without any context going in, it’s very easy to get a feel for the camaraderie among Lupin’s friends, the animosity from the detective, etc. There are still a couple of surprises in the film, such as the princess’s connection to Lupin. 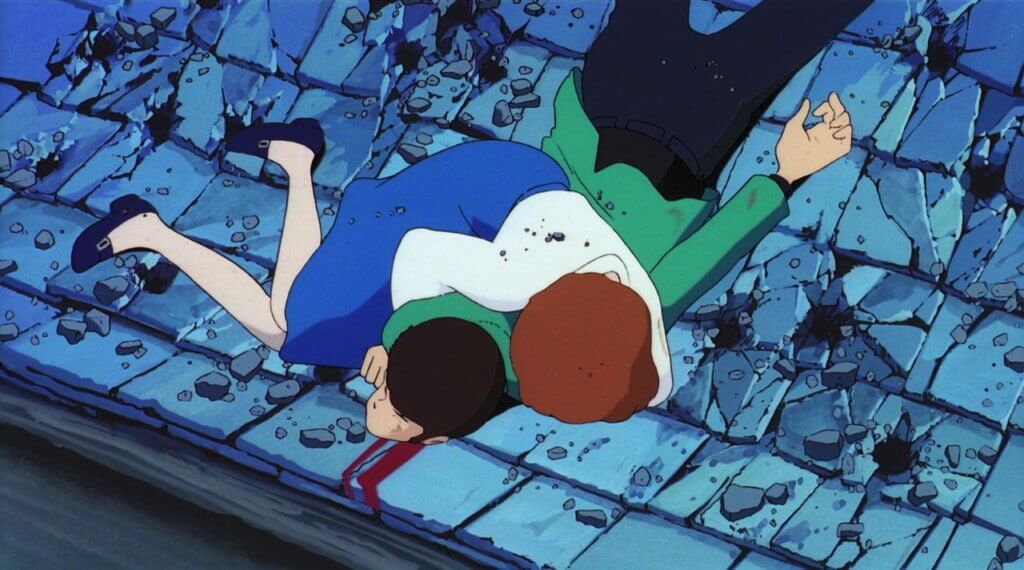 The music in The Castle of Cagliostro is fun and mostly upbeat, but it becomes introspective at crucial moments. The original score by Yuji Ono has bits that sound pure 70’s, and it’s great fun. This probably isn’t one you’ll be buying on CD and playing in the car, but it suits the film and changes tones appropriately. The animation is simple and very unlike what you’d see from a Studio Ghibli production, but I find it quite charming; bright and colorful, I love the stylized character designs. There’s also a strong understanding of shot composition displayed throughout, especially when the Count is around. When he stands over the princess, it’s framed in such a foreboding way, and he’s shaded with a lot of greys, making him appear almost shadowy. The action and visual comedy are frantic and fluid; the film has a visual language all its own. Miyazaki has said that there were budget and time constraints on this project and that he wasn’t happy with the finished product; given some of his other work, I can understand this, but I think The Castle of Cagliostro is a hidden gem.

The Castle of Cagliostro is funny, exciting, intriguing, and, at times, surprisingly heartfelt. I only heard about it because a friend recommended it as Miyazaki’s directorial debut, but I’m glad I did. It’s not like the whimsical My Neighbor Totoro or the epic Princess Mononoke, but I think of The Castle of Cagliostro as the Raiders of the Lost Ark to Princess Mononoke‘s Star Wars. It’s just an all-around fun, likable movie, and I’d definitely recommend checking it out if you get the chance.