You Should Be Watching: The Living Daylights (1987) 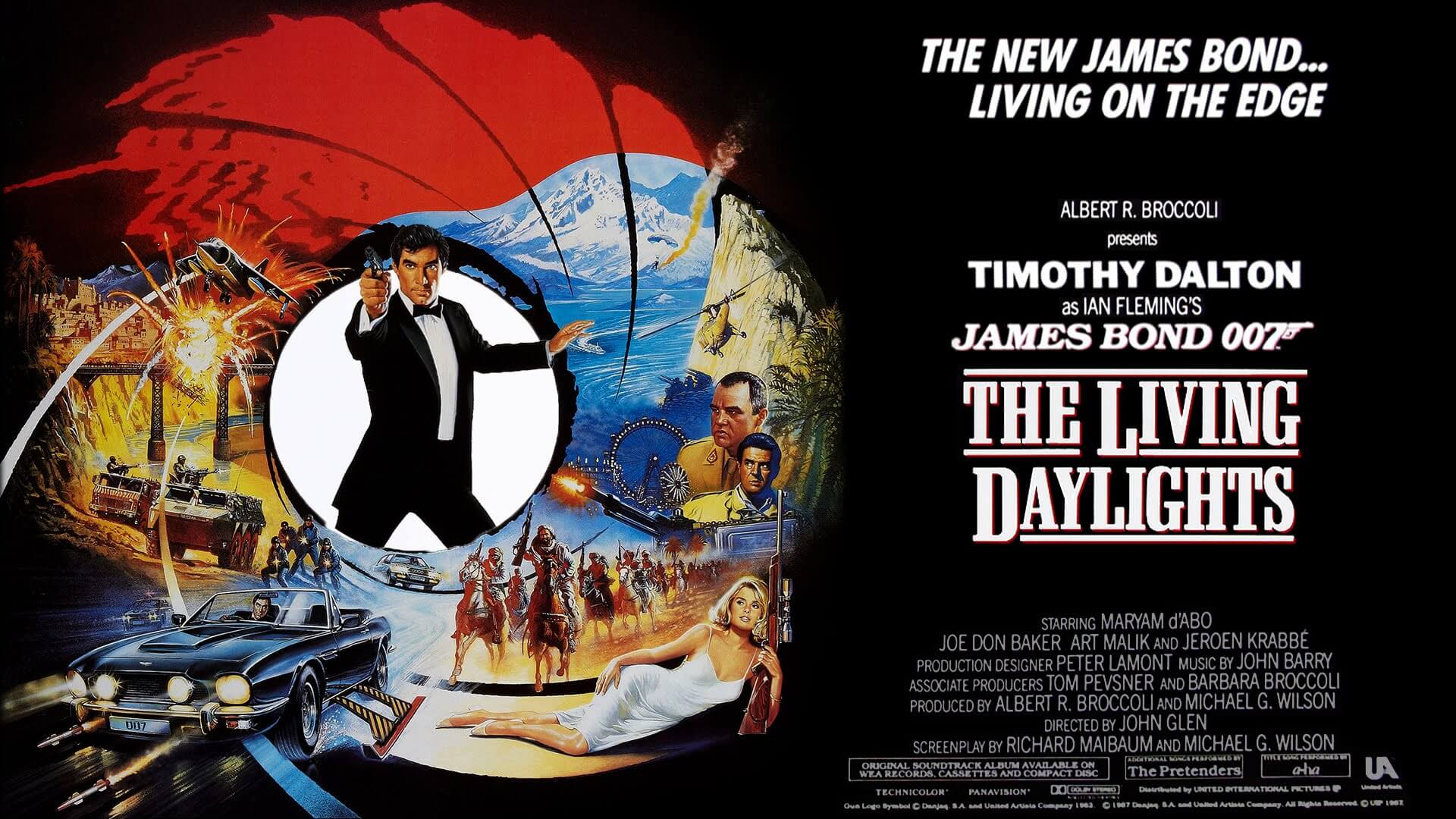 “You were fantastic. We’re free.”

“Kara, we’re inside a Russian airbase in the middle of Afghanistan.”

Welcome back to You Should Be Watching, where I discuss movies and TV series that deserve more love. This week we’re globetrotting with 007 himself in 1987’s The Living Daylights. Adapted from Ian Fleming’s short story of the same name, the movie expands the story in a fashion very similar to 1983’s Bond adventure Octopussy. Timothy Dalton’s inaugural outing as the iconic character would make several key changes to the franchise, such as returning to a more serious tone and re-casting the role of Moneypenny for the first time.

I have a soft spot for all the canonical James Bond movies, but as I’ve gotten older this one has become my very favorite, and Dalton is my favorite actor in the title role. Each of the Bonds has a film that’s synonymous with their run as the character; Moore’s is The Spy Who Loved Me, Connery’s is probably Goldfinger, etc. But even when discussing with fellow Bond enthusiasts, I hear less about Dalton and his films, possibly because he only did two and came right after the cultural titan that was Roger Moore.

The Living Daylights is an epic, sprawling tale of duty, betrayal and intrigue. The story begins when Bond participates in a training exercise at a military base on Gibraltar, which turns deadly as one of his fellow agents is assassinated, resulting in a treacherous scuffle in the mountains. He’s then assigned to aid in the defection of a Russian general, but in classic Bond fashion, he makes time for the ladies before disembarking. In Bratislava with his partner and head of the local station, Agent Saunders, 007 scopes out the sniper sent to avert General Koskov’s escape and, realizing she’s a woman, lets her live. This is where things get complicated, and since I want you to watch for yourself, I won’t spoil it.

One thing that really makes The Living Daylights stand out amongst the canon is the soundtrack. Norwegian band a-Ha provides one of the best theme songs in any movie I’ve seen. It’s tense, exciting, it builds well, and it’s just fun to listen to, even outside of watching the film. The visuals are amazing as always, and this was sadly the second-to-last time Maurice Binder would create the opening credits for a Bond film. The Pretenders also supply two songs, “Where Has Everybody Gone” and “If There Was a Man;” the former is an edgy theme song for villain Necros, while the latter is a love theme that plays over the end credits and serves as a leitmotif throughout the film. They’re totally different, and both are extremely effective. This was also the last time John Barry would compose the score for a Bond film, and it’s the epitome of going out with a bang. What I find so striking about this movie’s soundtrack is how complex each track is, and that it stands up on its own. This is one of few (non-movie-musical) soundtracks I listen to on its own; it’s that good. Within the film, the music helps build excitement and adds to the overall mood, excelling at that for which a film score is intended.

The set pieces and action sequences in The Living Daylights are extremely well put together and exciting. The initial training scene really hypes you up for what’s to come, and each conflict gets bigger and more intense. The film also has the usual Bond one-liners and quips we all love, as well as various memorable exchanges throughout. This movie looks great, with sweeping shots of the landscapes and a wide variety of color. This isn’t really a costume-focused film, but everyone looks great nonetheless. They give Bond a more relaxed wardrobe in this outing, showing him in sweaters and casual suits a good portion of the time. People love to talk about how the Daniel Craig era of Bond films is “realistic,” but I think what they really mean is gritty. The Dalton films aren’t realistic (and they shouldn’t be; this is fantasy), but they are grounded and more serious than any Bond film since On Her Majesty’s Secret Service. It seems like Craig also emulates a lot of Dalton’s characterization, but he’s not as good a performer so the effect isn’t the same. I once heard a friend call Craig “diet Dalton,” and now I can’t get the phrase out of my head, because it’s so true. The tone/style of the Bond films seems to go in cycles, depending on what’s popular/common in entertainment at the time. It doesn’t, never has and probably never will make sense to me that Daniel Craig took off the way he did, especially in the beginning, yet most people don’t care for or aren’t familiar with Timothy Dalton’s movies.

Fleming’s short story “The Living Daylights” is just that: short. It pretty much ends after Bond lets the female sniper live, whereas that’s just where the film starts picking up steam. This movie is so impressive in its ability to believably extend the existing plot points in a way that feels organic. There’s a lot going on in The Living Daylights, and a lot of ground is covered in the 130-minute runtime, but it’s all tied together so that it feels simple to the viewer. There are many ways to make a great movie, and I think that telling a story this huge without it being confused or overlong/bloated is one. The characters are also great; I love all the Bonds, but when I read the novels and short stories I envision Dalton in the role – partially because he looks every bit Fleming’s description, but also because he’s such a great method actor. He doesn’t play Bond; he IS Bond. He was known to do all his own stunts and to pore over the source material, perfecting his craft. Maryam d’Abo is an actress I’ve never seen anywhere else, and I’m not sure why because she’s so charming here as Bond girl Kara Milovy. She actually auditioned for A View to a Kill first and was rejected for appearing too young. I like Kara because she’s feminine but not a ninny. She just seems like someone who’s in over her head and who has been lied to, and her relationship with James is adorable. John-Rhys Davies is good, as always, in the role of General Pushkin. 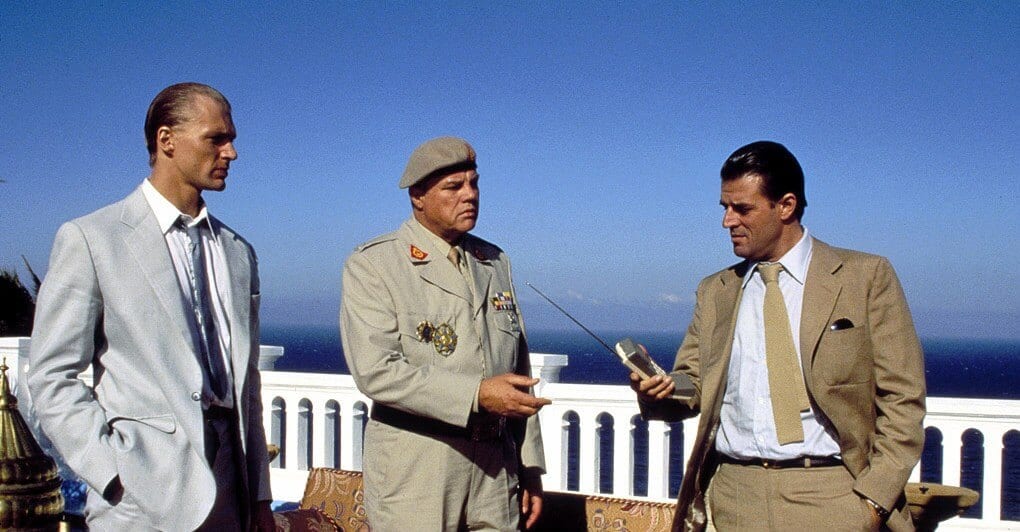 The villains are great too. Jeroen Krabbé is a slimy weasel as Georgi Koskov, and he seems to be having tons of fun doing it. Joe Don Baker portrays deluded, megalomaniacal arms dealer Brad Whitaker, another highlight. Andreas Wisniewski plays Necros, a physically intimidating villain who always listens to the same song; this is a classic Bond henchman, something I love and that there should be more of in this world. Desmond Llewelyn is back as Q and gets some great lines in, with Robert Brown also returning as M. All this being said, I do have a couple of problems here, though I’m not saying the blame totally lies with the actors: this is the worst version of Moneypenny they’ve had, and the same goes for Felix Leiter. Caroline Bliss is very pretty, but unlike Lois Maxwell, she seems genuinely enamored with James, and it’s just uncomfortable. She acts like a high schooler with a crush on a classmate, and when Bond shuns her it seems more cruel than playful. Meanwhile, John Terry as Felix is used sparingly, and to bland, generic effect.

The Living Daylights is my favorite James Bond movie and one of my favorites in general. The film’s aesthetics ooze 80’s goodness, the cast is nearly perfect, the dialogue is positively stellar, and it’s two hours of nonstop excitement. I can’t imagine why this film isn’t held in higher regard and remembered by more people. The dynamite soundtrack, interesting story and terrific cast of characters are why you should be watching The Living Daylights.