You Should Be Watching: The Monster Squad (1987) 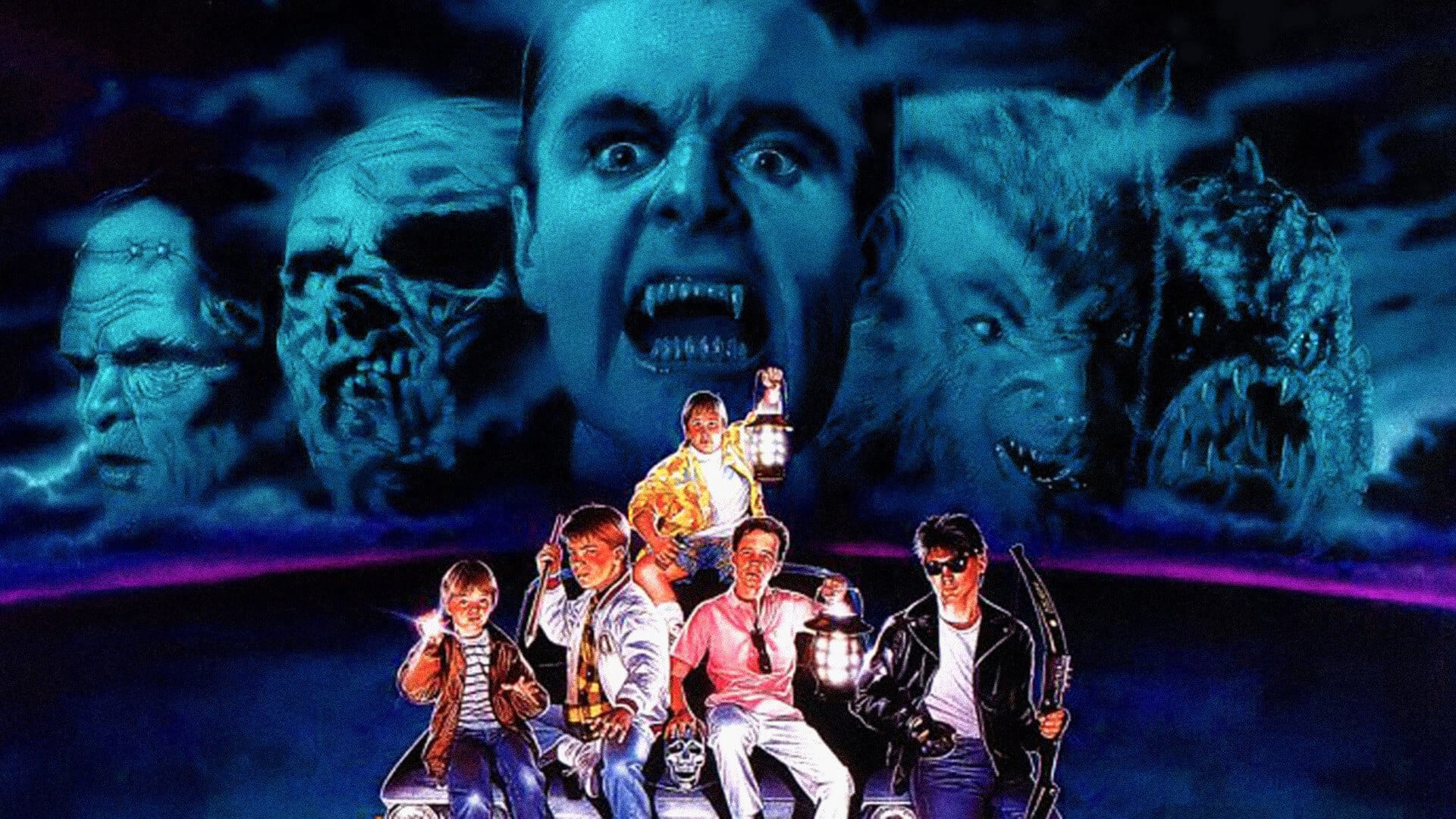 Welcome back to You Should Be Watching, where I recommend movies and TV series that deserve more love. In keeping with my theme of films for Halloween and good movies to watch around this time of year, this week we’re facing Dracula with The Monster Squad. This film serves as a distinctly 80’s take on the classic monsters popularized and linked by the Universal horror movies. It’s also a horror movie for kids and unlike more recent releases, doesn’t sacrifice the scariness for their sake. If you like It and Stranger Things, The Monster Squad is right up your alley.

Directed by Fred Dekker and written by Dekker and Shane Black, The Monster Squad is an homage to classic monster stories and a love letter to fans of the genre. Friends and school troublemakers Sean, Patrick, Horace, Rudy and Eugene form a monster club, watching scary movies and memorizing facts about the mythical baddies. 100 years prior to their exploits, Abraham Van Helsing failed to put an end to Dracula and his cohorts, and in the present day, they’re coming back to reclaim a magical amulet and rule the world. If the kids want to defeat the monsters and survive the night, they’ll need the help of Sean’s little sister Phoebe, their mysterious German neighbor, and more. 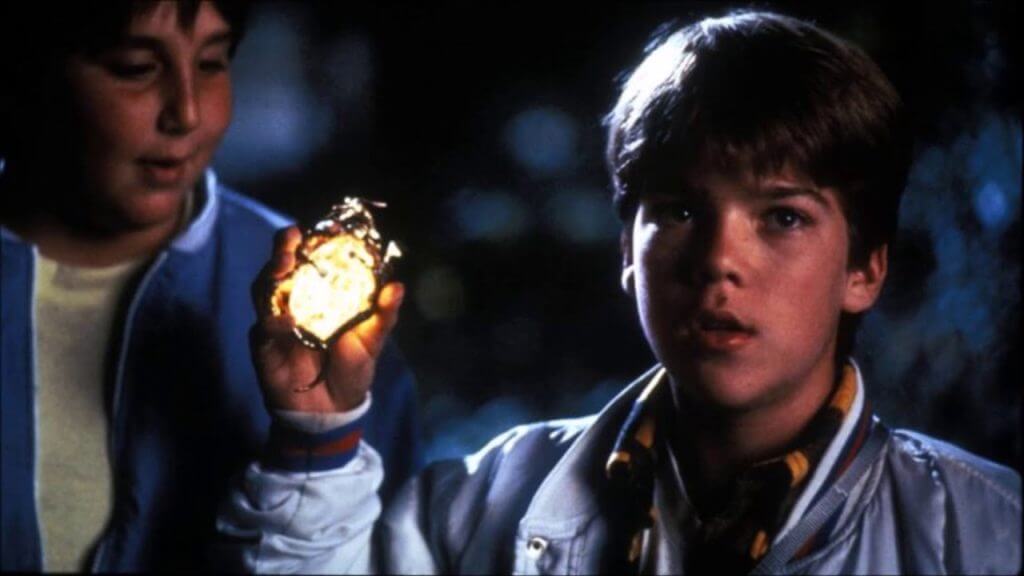 The Monster Squad is a lot of fun and one of those rare movies that genuinely makes you feel like a kid again. I referenced this one in my review of The House With a Clock in its Walls, and I think that’s a good indication of what kind of movie The Monster Squad is. Nostalgic monster movies for kids and families seem to be becoming something of a trend lately, and if that genre interests you, I think this is definitely one you should check out. While The Monster Squad is essentially a horror movie for kids, it doesn’t tone down the action and scares for them; it’s not as adult as some others, but they don’t sugar coat much here. The bullies in this movie aren’t playing around. One of my favorite moments near the beginning is when two guys are bullying “fat kid” Horace and older boy Rudy steps in and gives them a taste of their own medicine. Likewise, there’s a lot of action violence here, such as a police car blowing up and vampiresses being shot with wooden stakes. The kids are also potty mouths, and this both makes them more believable and leads to occasional hilarity. The opening scene with Van Helsing and Dracula’s castle is pretty intense and could almost be a short film in and of itself. As someone who consumes quite a lot of media intended for children and families, I get really tired of movies and shows dulling things down, especially the potentially scary or threatening aspects of a story. I think this sets up unrealistic expectations for how life goes, and it also makes a boring movie. It’s always a treat to see a movie that confronts these issues instead of ignoring or sugarcoating them.

Everything involving Dracula and the monsters is really cool. Duncan Regehr plays this version of Dracula, and while I don’t know him from anything else, he’s very imposing and scary here. His look is reminiscent of great Draculas like Bela Lugosi and Christopher Lee, and his performance is closer to Lee’s but still unique. The designs of the other monsters are evocative of the classic Universal versions, but still distinct variations in their own right. The Mummy and the Gillman (their take on the Creature from the Black Lagoon) don’t get to do much and have no dialogue, but they look great. The creatures for the film were created by prolific special effects artist Stan Winston, and he outdid himself here. The Wolfman and Frankenstein’s Monster get more sizable parts, with the latter actually joining the Squad and forming an adorable friendship with Phoebe. This makes sense for the character and works well with the story, and it’s pretty cool that these kids who idolize monsters get to make friends with one. Another of my favorite characters is an old German man the kids are afraid of and lives near them. I like misunderstood characters like this, and it breaks my heart when the kids remark that he knows a lot about monsters and the shot cuts to his arm, where he has a tattoo from a Nazi concentration camp. This is a peculiar similarity The House with a Clock in its Walls shares with The Monster Squad, and I even wonder if it was an intentional homage on the part of the former. Regardless, it’s a great way to give context to a character’s actions and make them seem more real. Frankenstein and the nameless German neighbor are my favorite characters in the film because; despite their scary exteriors, they’re the kindest souls and have possibly suffered the most, if in very different ways.

That being said, as much as I like this movie, it isn’t perfect. Dekker has retroactively noted that the studio heads wanted the film to be under 90 minutes, and the final product clocks in at 79. I don’t actually have a problem with the idea of shorter movies; the film I featured in this column last week was barely an hour long. However, in The Monster Squad some things feel rushed and awkward, and I firmly believe that even ten more minutes could have helped. At the beginning of the film, a subplot is introduced in which Sean’s parents Del and Emily argue and even have a scheduled appointment with a counselor, which Del cancels due to work calling him away. This is referenced a couple of times throughout the film, with Emily mistakenly insisting that she still loves Del when Phoebe asks if she’s going to yell at Sean, and with Del looking worn and withered anytime Emily is around or they’ve been arguing. In the end, there’s no real confrontation here; the family is simply reunited by surviving the monsters’ attack on the city. It’s easy to imagine how this event could bring them together, and I realize this movie isn’t really about Del and Emily, but why even introduce this plot thread just to avoid any kind of satisfying conflict resolution? Similarly, we don’t really get to see the Squad bond much outside of the Monster getting to know them and play with Phoebe; the other kids are already friends at the start of the film, and they pretty much stay as-is as people and as a group. All things considered, I love the film, and it’s a ton of fun, but I think a little bit more time spent developing the characters and relationships would have helped make it a staple like It or Stranger Things.

Monster Squad is fun, scary and populated with great effects. It’s a fantastic Halloween movie to watch with the whole family, and if you’re not really squeamish, I think you’ll have a great time. The characters and their friendships could have been fleshed out a tad more with a couple of slow scenes, but this is likely the result of corporate mandates and the demands of the genre. Spooky monsters, well-done fights and special effects, and a hell of a good time are why you should be watching The Monster Squad.

I watched The Monster Squad on a whim two years ago when I found it on demand. It can be seen on Hulu, or you can get the DVD on Amazon at a reasonable price.