You Should be Watching: The Watcher in the Woods (1980) 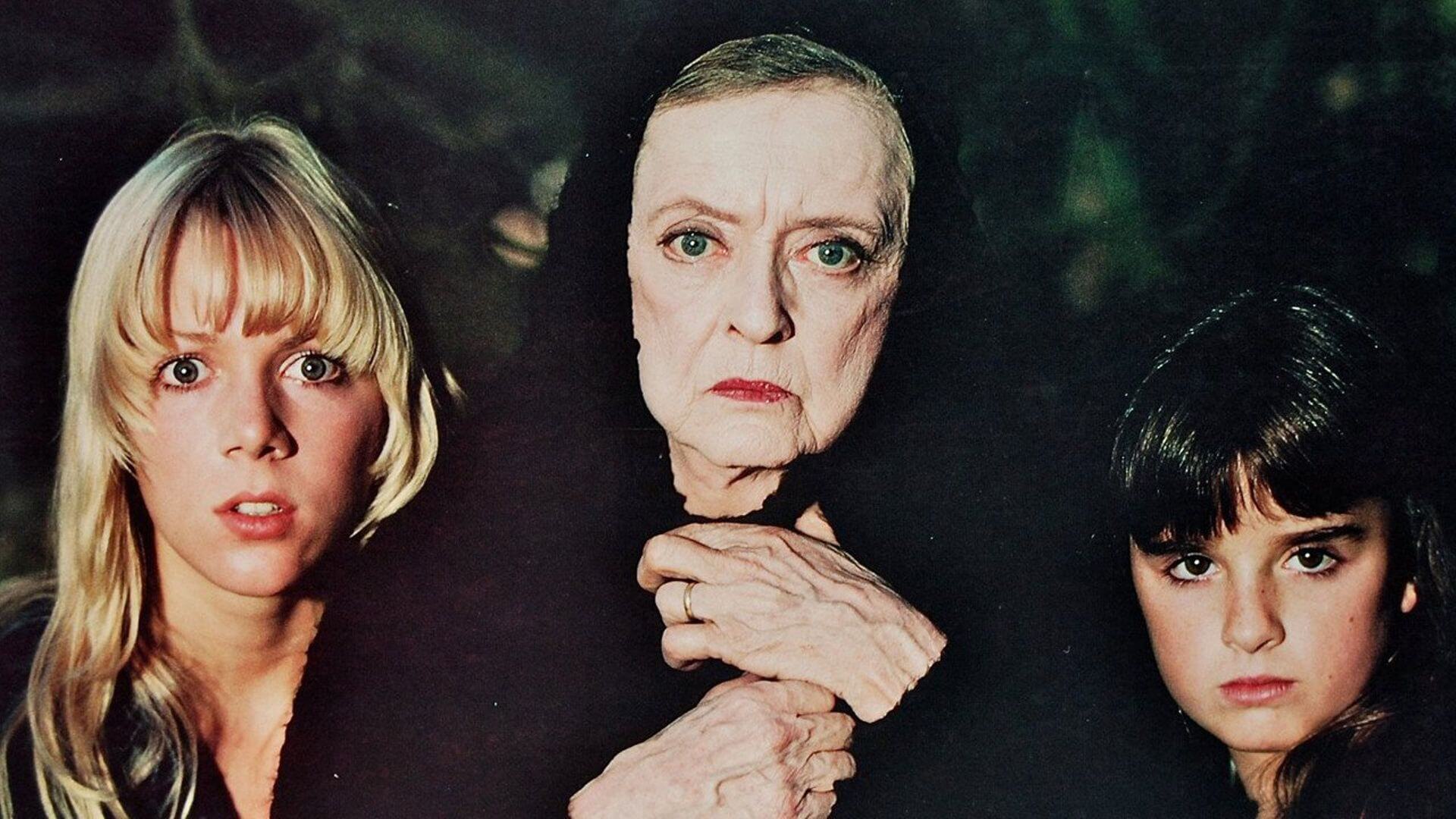 Welcome back to You Should Be Watching, the home of forgotten and underappreciated movies and TV series. This week we’re exploring a (possibly haunted) forest in Disney’s forgotten adaptation of Florence Engel Randall’s novel The Watcher in the Woods. Like anything else, Disney movies go in trends, and in the 80s there was a wave of scary, mature kid’s movies like The Monster Squad. For Disney’s part, they produced The Watcher in the Woods, Something Wicked This Way Comes, and Return to Oz. It seems odd and even surreal now to think that image-obsessed Disney put films like this out with their name on them, but this squeaky clean image of theirs came about somewhat recently. Their early animated movies featured a lot of scary, disturbing, and, at times, what some might deem inappropriate imagery. Pinocchio, Dumbo, and even Snow White and the Seven Dwarfs have scenes that could give you nightmares, and the former shows kids smoking. The Hunchback of Notre Dame only came out in 1996 and is the darkest film they’ve ever made. I’d like to see Disney become more adventurous with their branding, but when they experimented in the early 2000s with different kinds of films, it didn’t go so well for them. Regardless, they have made wildly different movies throughout the years, and it’s fun to go back and take a look.

The Watcher in the Woods follows the American Curtis family as they move to England and into a big mansion. The landlady, Mrs. Aylwood, is rather eccentric, and very picky about who may live in her house; they must be the “right kind” of people. When the Curtis’ daughter Jan goes looking through the house, Mrs. Aylwood questions her about whether she’s kind, whether she can sense things, and other strange queries. The family learns that Mrs. Aylwood lost her daughter Karen decades earlier in a strange and mysterious event, but nobody will tell them anything more at first. Bizarre things continue to occur as something seems to be occasionally possessing Jan’s sister Ellie, and Jan sees visions of a girl she believes to be Karen. The mystery unfolds slowly and, eventually, finding out what really happened to Karen becomes a matter of life and death for the girls.

Bette Davis plays Mrs. Aylwood, and she’s just as good as you’d expect. The rapport she develops with the two girls ranges from creepy and unsettling to warm and friendly. I like that at first she seems scary and even evil, but there’s usually an explanation that makes sense in retrospect. Her performance and the way she’s filmed work perfectly to create a character very much in line with the film’s overall tone: disturbing at times, comforting at others. Much like the story itself, you never know just what to make of her until the very end. Jan is portrayed by Lynn-Holly Johnson, and the only other movie I’ve seen her in is the James Bond adventure For Your Eyes Only. At times she’s great, such as when she’s frightened, and she has an infectious smile, but sometimes her performance can be somewhat cheesy. This could definitely detract from The Watcher in the Woods for some viewers, but for me, it just adds to the odd tone. Kyle Richards is worse as younger sister Ellie; her performance is pretty much all bad, and her voice sounds ridiculous and insincere. But the scenes where she’s possessed or communicating with the Watcher are very good, and such young children frequently give bad or mediocre performances anyway. Strangely, the scenes with the two sisters together are endearing, and it does feel like there’s a relationship there. David McCallum and Carroll Baker are pretty good as the girls’ parents, though they don’t have a whole lot to do. Ian Bannen and Richard Pasco are also good as two of the teenagers who were with Karen when she disappeared, now middle-aged men. Frances Cuka isn’t quite as successful as the fourth teenager, and I found her character despicable as well. She’s a spineless coward with no integrity, but Cuka doesn’t even convey this in a believable manner. In short, the performances range from bad (but entertainingly campy, in the case of the kids) to pretty damn good (Davis, the parents, and the two men).

The special effects in The Watcher in the Woods aren’t very good by today’s standards, and even in the 70s and 80s, there were better-looking films. But to be honest, that’s not a priority for me, and I knew that going in, so much like the performances of Johnson and Richards, I accepted it and, in a way, it works with the overall feel of the film. The original score by Stanley Myers is very good and goes a long way toward developing the spooky atmosphere. The music from Karen’s music box is pretty, yet haunting, and I love the way it looms over the film’s end credits. The Watcher in the Woods isn’t a masterpiece of cinematography, but the camera angles are smart and, again, work well to make the film mysterious and unsettling. Overall, the movie’s greatest strength is its tone; it is very uneasy and makes the viewer second-guess oneself throughout. There are several situations and characters that seem sinister at first but turn out to be harmless, or vice versa. In the end, you never find out what the Watcher is or exactly how this happened. There are two alternate endings you can see on the DVD that were longer and showed the Watcher, but I think they went with the right ending, for the most part. One of the alternates is too long and shows a badly done spaceship, and the Watcher itself doesn’t look good either. There’s one bit from the other alternate I would have kept: after everything is supposedly resolved, Jan stops and smiles upward while Karen’s music box plays. It was likely determined that this was just too creepy and ambiguous for a Disney film, even one like this. There has been some speculation that there was another deleted scene that was more adult/inappropriate than the theatrical cut or either of the included alternate endings, but I find this doubtful. Nobody has ever seen it, and there seems to be no basis for this claim. The shorter of the two alternates is already pretty disturbing as is, even if they show too much and reveal the mystery beyond what’s necessary.

Overall, I was pleasantly surprised with The Watcher in the Woods. I’d like to see Disney make more movies like this one, and with the way they prize special effects these days, it could really be a spectacle. The Watcher in the Woods probably isn’t a great movie to show little kids, and some of the acting and effects may deter older viewers as well. But I enjoyed it enough to recommend it to anyone who might be curious, and definitely anyone interested in this type of borderline kid’s horror/suspense movies. The atmosphere, music and Bette Davis are why you should be watching The Watcher in the Woods.

It’s not streaming anywhere that I know of, but you can get The Watcher in the Woods on Amazon for about $10, and this copy includes the two alternate endings. I recommend checking those out too, though I think they ultimately made the right choice.