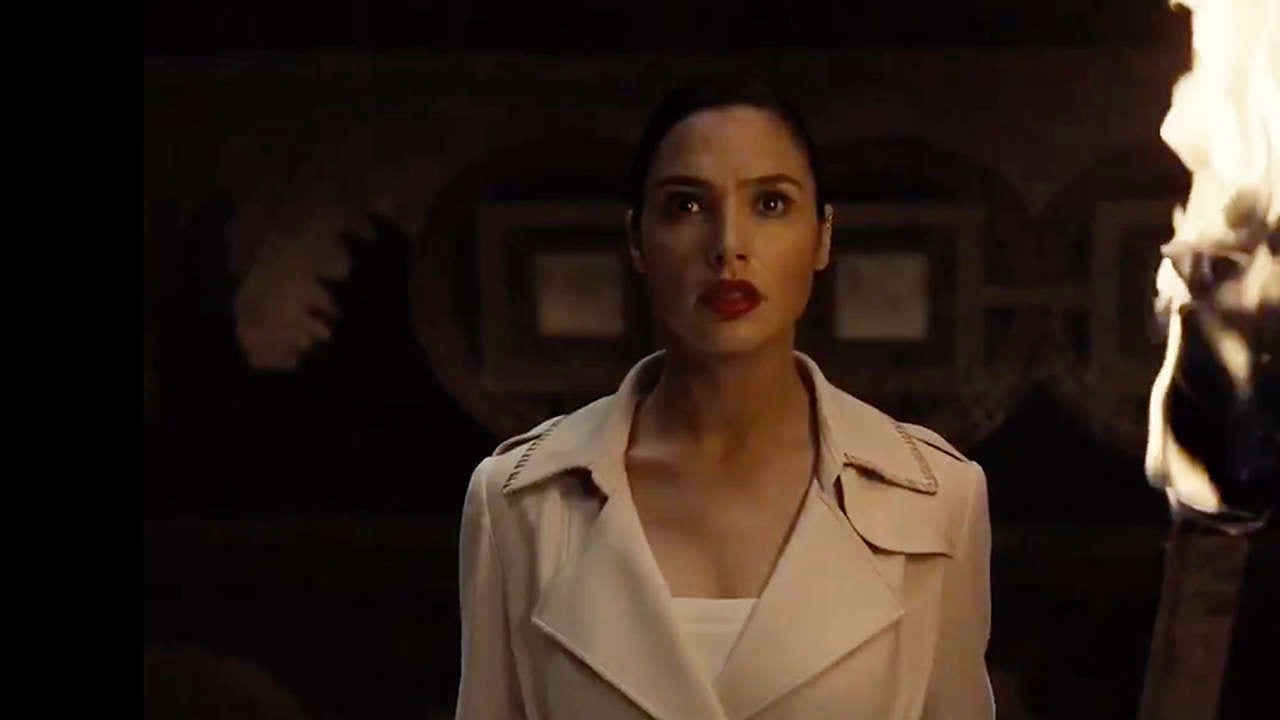 Diana’s about to make a discovery that will shake the nascent DC superhero team to their core. In an effort to promote the Snyder Cut of Justice League ahead of DC FanDome in August, Zack Snyder has posted a new clip from the upcoming version of the film, which is set to debut in 2021 on HBO Max. While Lex Luthor’s words to Batman at the end of Batman v. Superman: Dawn of Justice plays in the background, Diana, carrying a torch, discovers the meaning behind the billionaire’s words as she comes across an image of iconic DC villain Darkseid. From there, we see a brief shot of Darkseid’s  army before the clip ends. Check out the Snyder Cut sneak peek below:

Well, this was a nice surprise today. I hadn’t expected to see anything from the Snyder Cut until the aforementioned DC event. While this Snyder Cut sneak peek was short, I like the fact that it’s building on its divisive predecessor in a way that its theatrical counterpart never did, the result of studio mandates. I’ve always enjoyed the original version, but you could tell they were doing everything they could to avoid reminding people of the last film when it was obvious that Snyder had big plans for the DC universe going forward. In addition, it was surprising to see an image of Darkseid so clearly. To me, it adds to the grandeur of this movie and really makes me excited to see more. That being said, I do really hope that Snyder saves any more clips for DC Fandome, so here’s hoping this will be the last one for a few weeks.

Was this Snyder Cut sneak peek enough to hold you over, or did you want more? Do you think a full trailer will debut at DC FanDome? Let us know in the comments and stay safe and healthy as Geeks + Gamers continues to bring you more movie news!

Not a fan of Snyder but I’ll watch anything with Gal Gadot.

I am so excited.

The theatrical cut was choppy and seamed like separate cuts spliced together. I’m hopeful this turns the movie into somthing I can rewatch from time to time. I dispise that Ezra Miller though maybe they can cut some of his parts out.

Never watched the original version, so my “first time” will be with the Snyder Cut.

I honestly haven’t been that excited for the Snyder Cut, but I just went “Wow!” when I saw Darkseid.

This movie was so bad that I do not even care about whatever “cut” they have.

Not as bad as “The Last Jedi” though.

I am excited! Enjoyed man of steel and BvS ultimate edition. Heard this cut may have around 4 hours of footage when released. Wouldn’t that be great??

Imagine if Gal Gadot was wonderwoman ? I think men would be more interrested lol.