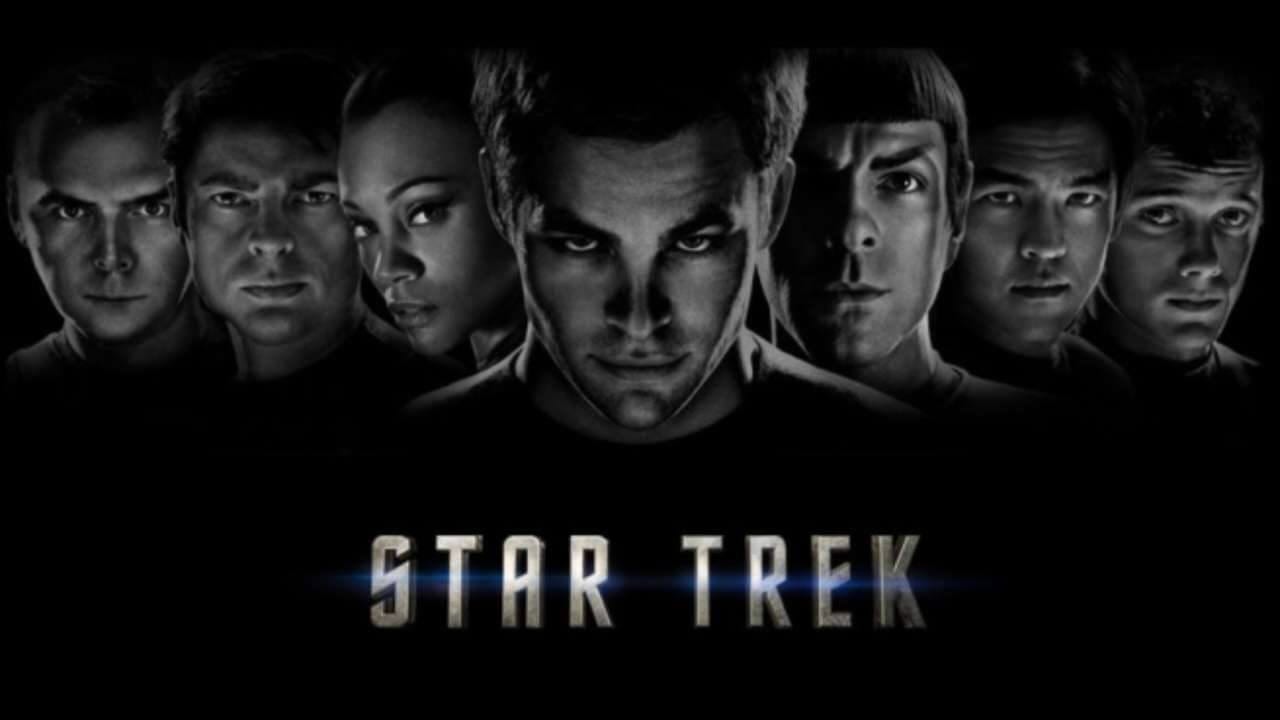 As I’ve written previously, I’ve always had a sentimental attachment to Star Trek. When Star Trek: Nemesis failed at the box office and put the cinematic side of the franchise into stasis, I hoped we would get to see the Enterprise make a comeback, in part because my dad and grandpa had a tradition of going to the films on opening weekend. But people’s Trek movie traditions would have seemed to go by the wayside in the aftermath of Nemesis, with fans putting their focus on the then-final installment of Star Wars, Revenge of the Sith, and Christopher Nolan’s Batman series. Then in 2005, the TV series Star Trek: Enterprise was cancelled after a divisive finale and failing ratings, and the whole franchise seemed to be put to bed. Even franchise head Rick Berman stepped down in 2006 after failing to get another Star Trek film, a prequel entitled Star Trek: The Beginning, off the ground. With so many setbacks, I thought the series that stood as a symbol for what humanity could be when it came together had fallen apart.

Then I saw a teaser for JJ Abrams’ reboot of the series, which, at that time, had been projected for a release in December 2008. After this, I went online to see what this new iteration of Gene Roddenberry’s iconic series would be bringing to the fanbase. At first blush, I felt a mixture of excitement and surprise. While I was very excited to see Heroes star Zachary Quinto in the role of Spock (in my opinion one of the best casting choices for a genre film since Patrick Stewart in X-Men), I was a little put off by the idea of Chris Pine playing the role of Kirk, although I did like the idea that he was taking cues from Harrison Ford in his performance. Despite this, I still saw him as Mia’s boyfriend from The Princess Diaries 2. In addition, you had Karl Urban – with whom I had been familiar thanks to The Bourne Supremacy and the underrated The Chronicles of Riddick – playing the role of Leonard “Bones” McCoy. Right from the first full trailer, there was something about the actor that told me he was the right choice. 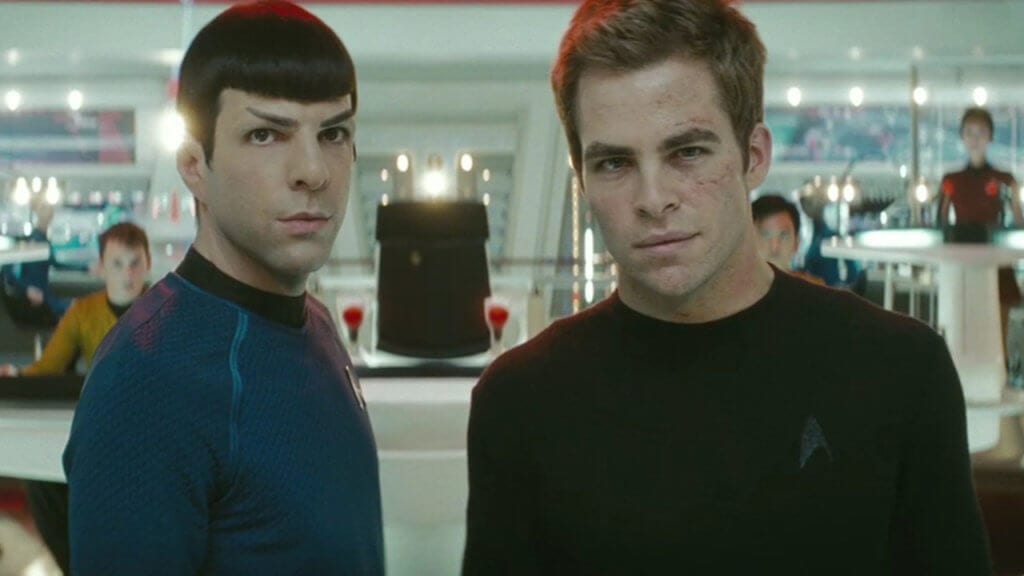 Across the board, the rest of the cast seemed to be spot on, even though at first glance I had no idea who the late, great Anton Yelchin and future Marvel star Zoe Saldana were “however, I did have a vague memory of the latter in Drumline). While Stargate’s Paul McGillion, who auditioned for the role of Scotty and bears an uncanny resemblance to original portrayer James Doohan, would’ve been fantastic, Simon Pegg did great in the part and was a constant source of levity throughout the film – not only for the audience, but according to the cast as well, as can be seen in the bloopers. John Cho was a great as Sulu, despite the fact that I would’ve loved Heroes’ James Kyson Lee, who had expressed interest in taking the part. However, the producers of Heroes were not willing to lose another cast member for a few months, so that meant the role went to Cho.

Still, a great cast does not necessarily guarantee a great film. There were big question marks around Star Trek, with the creative team joking they would have to go to conventions undercover for the rest of their lives. It didn’t help that pop culture looked at the venerable franchise with a jaundiced eye, as Samuel L. Jackson’s villainous Octopus proclaims to his titular nemesis in the 2008 film The Spirit that he was “dead like Star Trek.” But Paramount had faith in this movie, something that became evident when William Shatner had to haggle with the studio to get to write his take on how Spock and Kirk met in a novel entitled Collision Course. As the release of the movie drew closer, I became more and more excited. I would watch the trailers and clips over and over again, and as a result, my initial misgivings about Pine portraying our beloved captain disappeared. However, as Nero said in the trailer, “James T. Kirk was a great man, but that was another life,” and he would have to truly earn his place as Shatner’s successor. As I sat down in the theatre with my dad and grandpa once again, I was about to find out if he did just that. 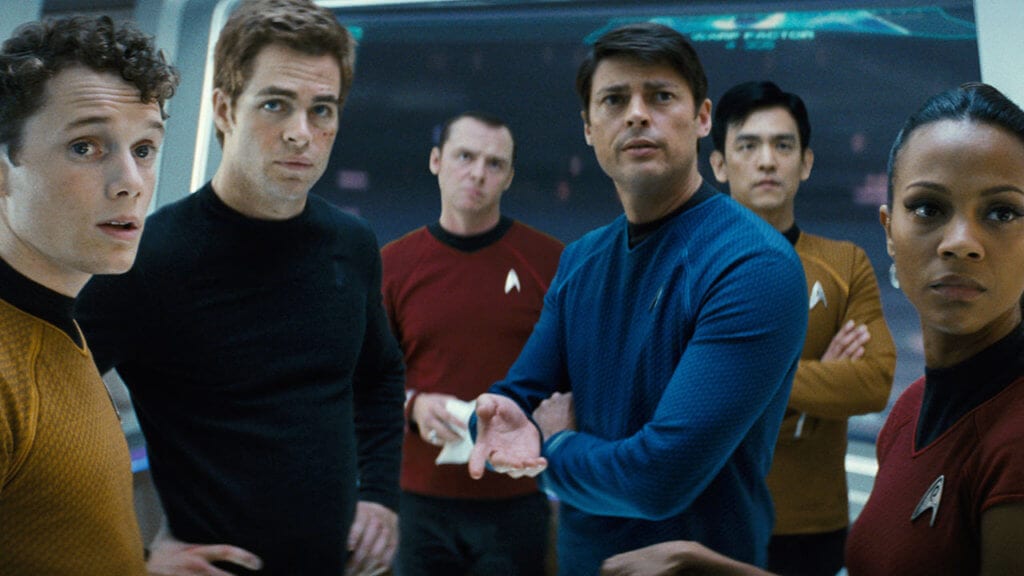 When it was over, I almost couldn’t believe what I had seen. Somehow, the Bad Robot team was able to reinvent Star Trek while still maintaining the spirit of the original series. I was glad to see that Pine stepped up to the plate (I had at that point watched the bar fight clip multiple times since it had arrived online). Both of these aspects were delineated clearly in the character of Spock. The half-Vulcan has always been sacred to the Star Trek fandom, and is arguably the character most identified with the franchise, most notably through the Vulcan salute and the greeting “Live long and prosper.” These are words that have been couched in reverence throughout the franchise’s history, yet early on in the film, Quinto’s iteration of Spock speaks these words with an undercurrent of sarcasm and contempt, thus setting this version of the character apart from the past one in a big way. Despite this, the spirit of the revered version was still present via an extended cameo appearance by the original Spock himself, Leonard Nimoy. Yes, he comes off very Obi-Wan-like in this iteration (something that was evident when he saves Kirk from the snow monster), yet having him there really reminds not only the characters but also the audience of what makes Kirk and Spock so important to one another and how they have influenced each other over the years. This is never more apparent than when Nimoy’s Spock takes a gamble to ensure that Quinto’s Spock understands how important Kirk will be to him in the future.

As a result of Star Trek, the Enterprise was finally back on the big screen again, as well as in the pop culture conversation. While fans may joke that Abrams’ success with the reboot and its subsequent sequel, Star Trek Into Darkness, helped to secure him his place in a galaxy far, far away (thereby having to cede the reins of the Enterprise to Fast and Furious stalwart Justin Lin), this reboot was about more than demo reels and reinventing old properties; this was about reminding us that even when somebody new is playing our heroes, they still have a place in our culture and the lives of geeks everywhere.