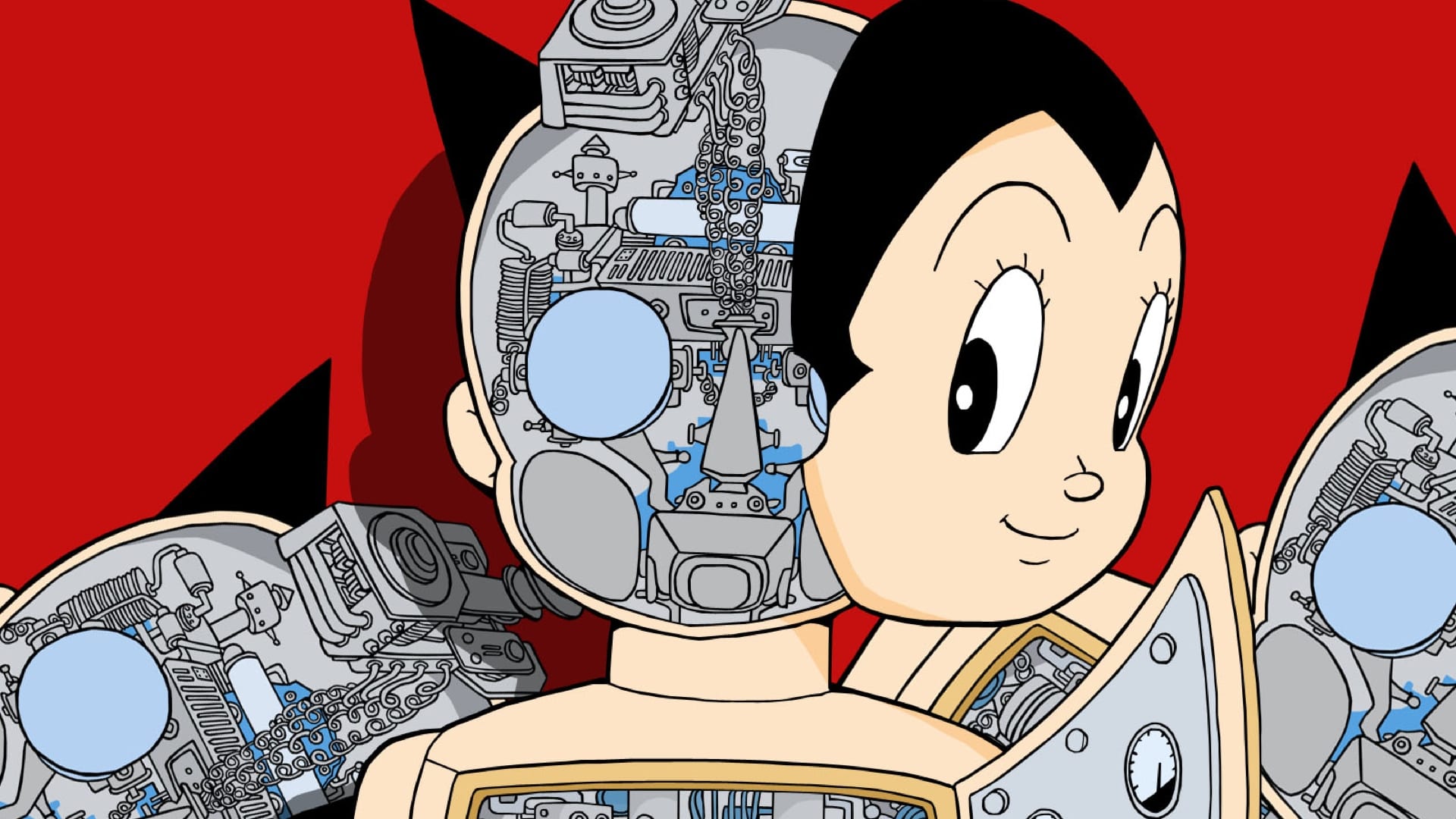 It’s time for another tumble through the history of the anime medium. Last time, we counted off what the most iconic anime from the 90s were. Now we go back even further to the decade where anime seriously started taking shape: the 80s! A time of funky music, crazy hairstyles, and ridiculous amounts of fun, and fittingly enough, this vibe appropriately defines most 80s anime.

As we go further back in time, I’ve had to sift through anime that, while popular at the time, have become far more obscure thanks to the creative boom of anime shows we have experienced over the last decade or so. But fear not, for I will be here to guide you through all of it. Without further ado, we kick off our list with the number 10 pick.

In a franchise that has been running for the better part of half a century, at least one or two black sheep are bound to crop up. For the beloved Lupin III property, that comes in the form of this third incarnation of the fictional descendant of Arsène Lupin. The reason it even makes it on the list is because of how infamous its reputation is among the fanbase. Relying on slapstick humor that nowhere near matched the wit of the second series and definitely didn’t align itself closer with the manga like the very first adaptation, Lupin III Part III is the third wheel of this franchise and not looked back on too fondly, if at all. As the Star Wars prequels and The Godfather Part III have proven, there is an unequaled level of infamy you gain from being a disappointment, and that is what best describes Lupin III Part III. 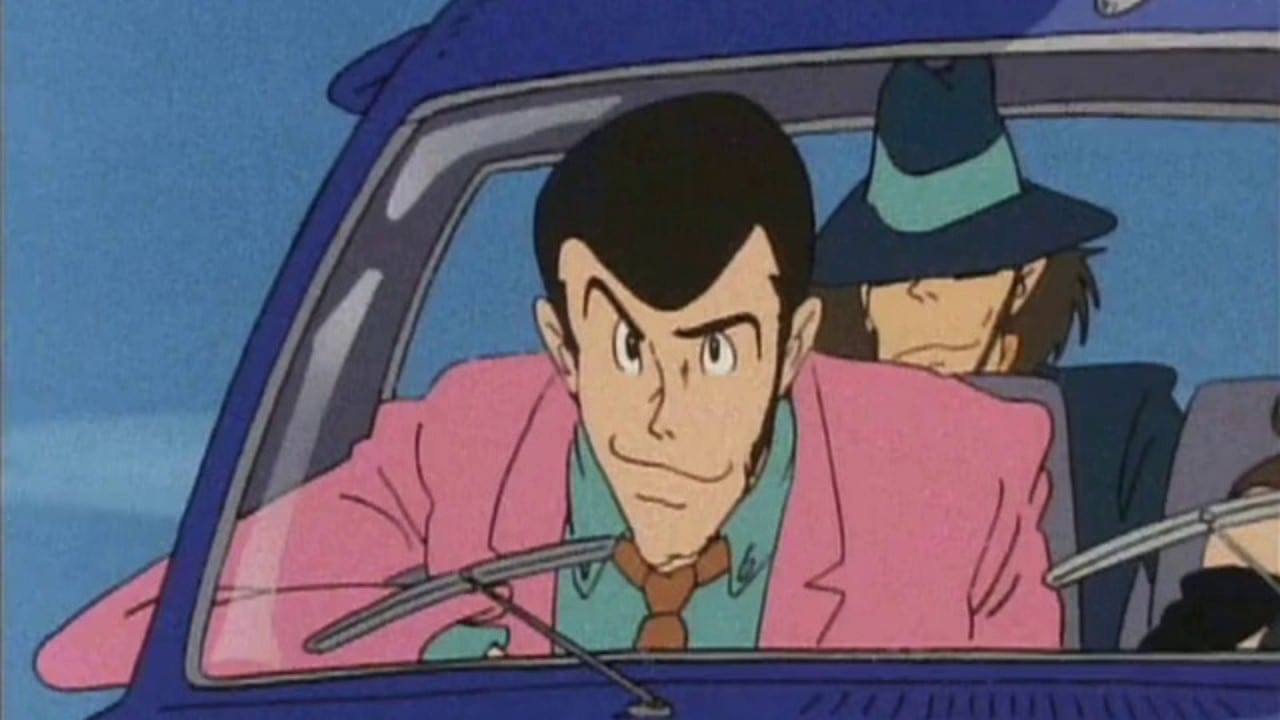 Love fantasy? Steampunk? Epic battles? Then Aura Battler Dunbine is definitely the series for you.

Aura Battler Dunbine creates a unique blend of fantasy and action while mixing in familiar tropes for viewers to chew on. You have a lot of romance, a lot of action, and plenty of imagination. Dunbine’s blend of the mech and fantasy genres was distinct and refreshing, helping prove that a show need not confine itself to a single genre to have a focused narrative. 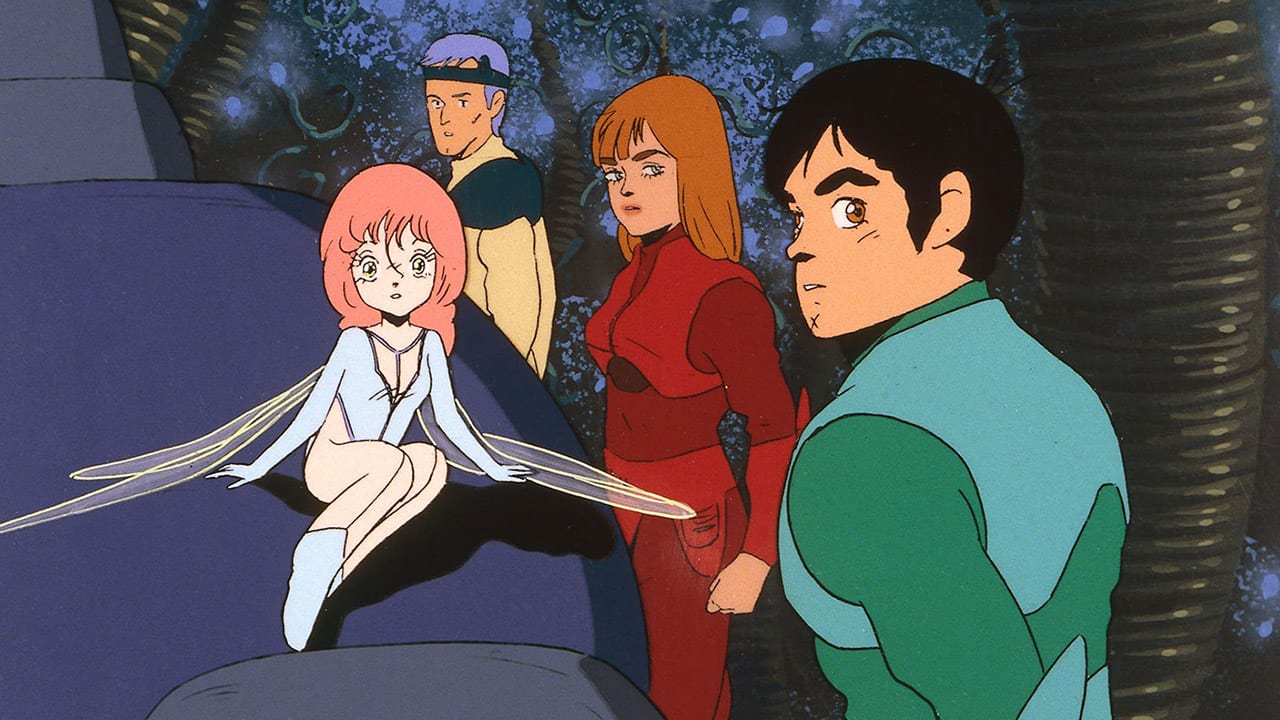 It’s difficult to gauge the popularity of a series like Astro Boy today. It’s one of the most recognized anime franchises out there, but in terms of the general public, I have not seen much mention of it. In fact, I doubt that I’ve heard anybody talk about any of the different series, even fleetingly, and especially not this 80s incarnation of the titular character. This certainly wasn’t helped by the lackluster 2009 adaptation with Freddie Highmore and Nicolas Cage. The only reason I even remember it exists is that my father had paid for us to watch it as a rental. That doesn’t automatically stop something from sucking, though.

Astro Boy boasts a unique and cute art style, and the premise is certainly unique, but I find it doesn’t have a lot of staying power compared to other shows on this list. It’s clear that Astro Boy’s time in the sun has long since passed, but given the standing of the entire franchise, it does deserve a spot on this list. 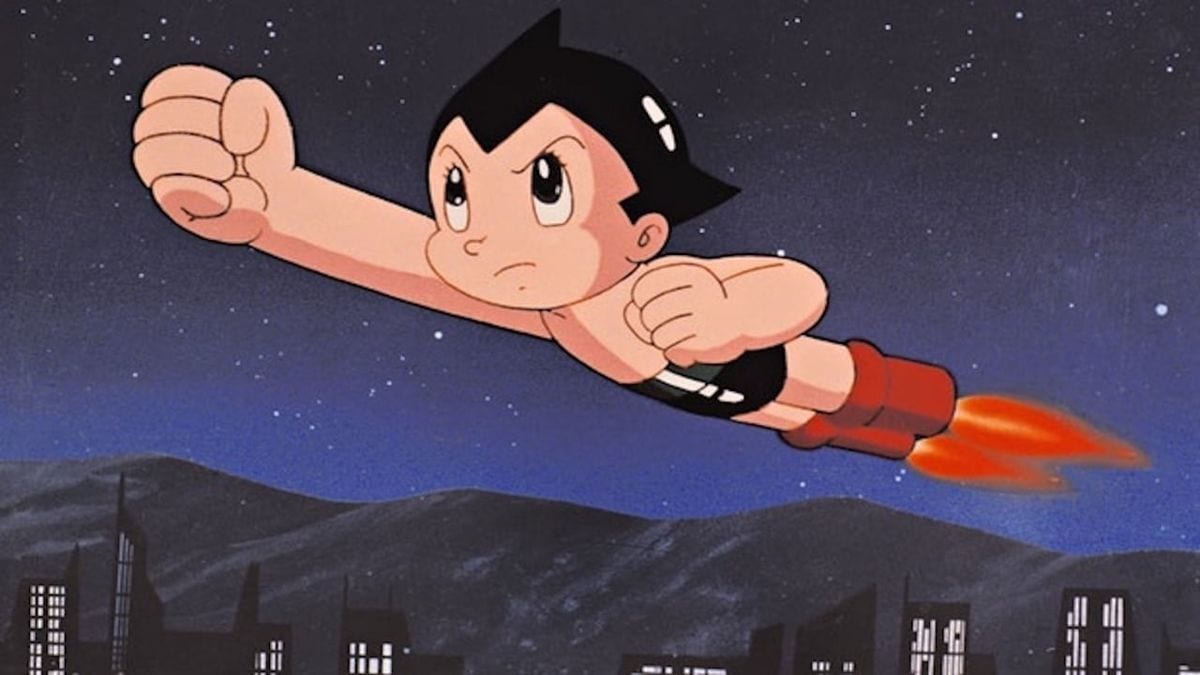 Picture Law & Order. Now, make it twice as awesome and put in a bunch of robots. That’s Patlabor, and it’s pretty damn cool.

This show portrayed giant mecha having purposes outside of just combat, war, or police work, and shows them being integrated into everyday life. This little detail is what helped Patlabor stand out from the crowd. Its light-hearted approach to the different cases that the characters tackle injects enough levity into the show while still maintaining a fair amount of tension and structure to follow for each episode. 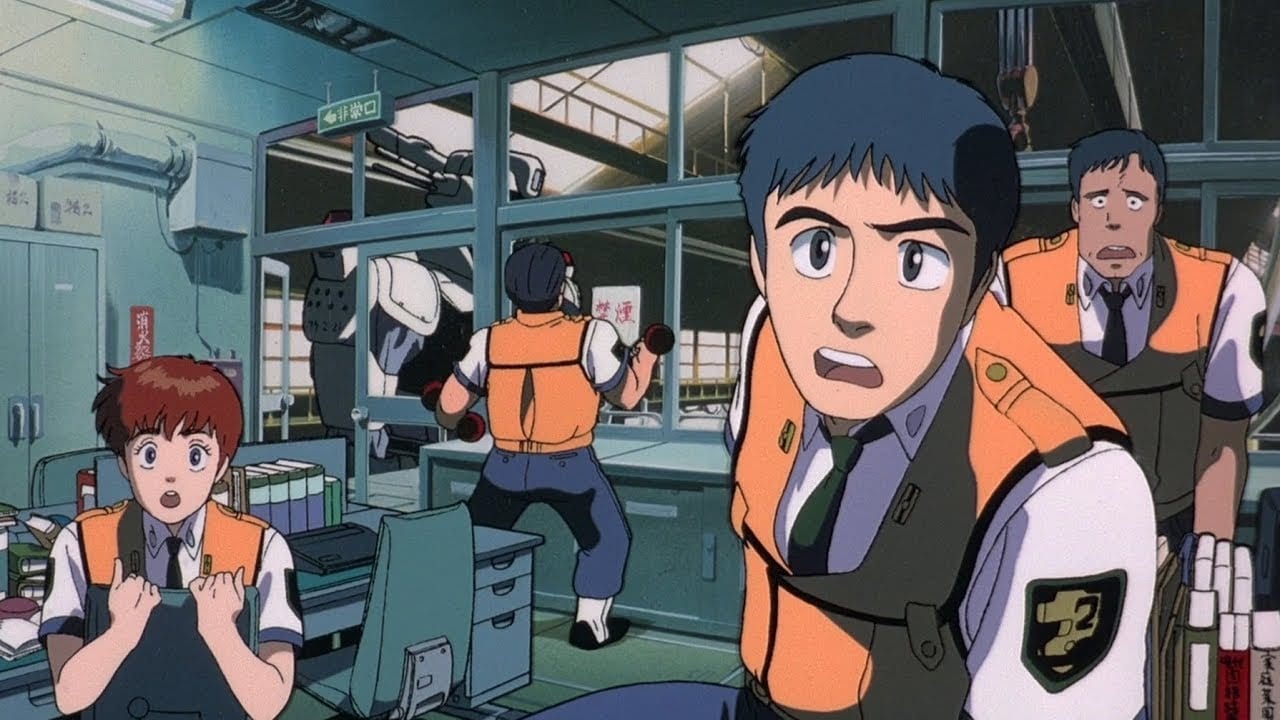 Anime tends to infuse some degree of science fiction into their stories, but Legend of the Galactic Heroes is undoubtedly a show that fully embraces its sci-fi core and runs with it all the way through. Politics, intrigue, tales of heroism, and a sweeping, epic scope provide all the more value to the little details that make up this world.

All these different storylines blend together across multiple different characters and relationships, and even years, once you consider the centuries of history that have led to the formation of this intergalactic society. It’s much in the same vein as Dune or an Isaac Asimov story – speculative science fiction that pushes boundaries and proves that there is no limit when it comes to space. 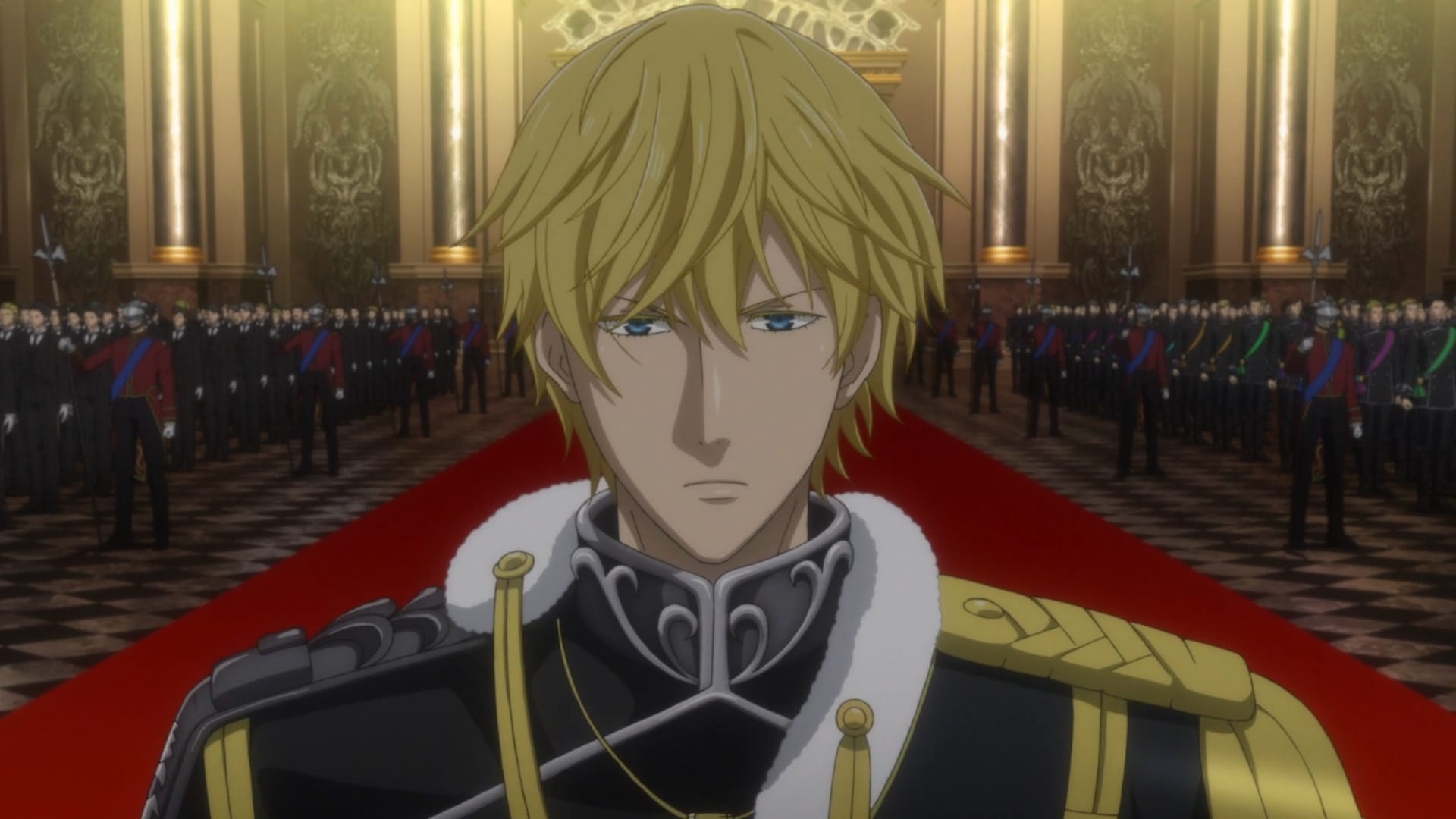 It’s difficult not to rely simply on crude humor to make a sexually charged romantic comedy entertaining, but Ranma ½ does it. Very few shows can claim that they have a protagonist that willingly changes sexes, and in addition to that, it doesn’t feel like a gimmick. It mixes in a comfortable bit of magic to make the actual sex-changing possible, but rather than feeling outright uncomfortable, it’s toyed with in a way that allows scenes to breathe and the comedy to come naturally.

Oddly, Ranma ½ is also a rare example of a show that feels comfortable remaining somewhat static, given how the characters interact with one another. That’s because the way said characters are acting is what makes the show so appealing. For this reason, I find Ranma ½ very approachable and appropriately popular because of it. 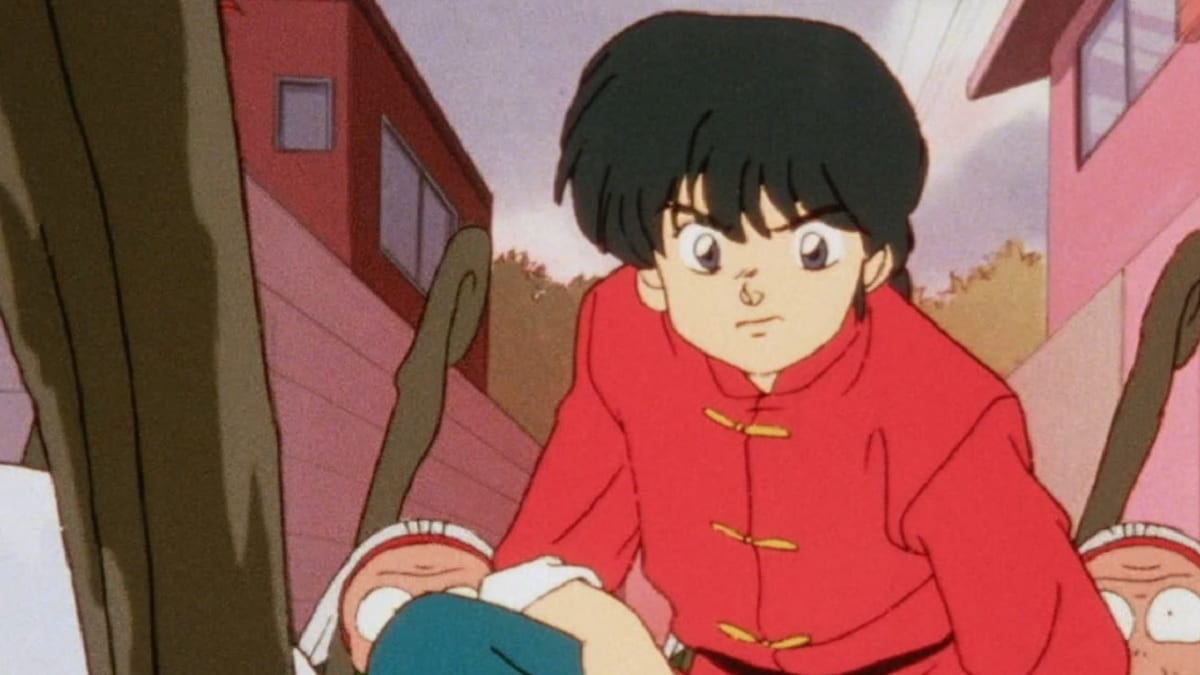 While the actual Gundam franchise didn’t catch on in North America until the 90s with Mobile Suit Gundam Wing, as I mentioned in the list made prior to this one, Mobile Suit Zeta Gundam is still a rollicking mecha anime series. It serves as the direct sequel to the first Gundam series, Mobile Suit Gundam, and follows both old and new characters as they attempt to fight back against the Titans of the Earth Federation. During the series, characters from different sides of the conflict are encountered and interact with the protagonist, Kamille Bidan.

We get to see more combat between the Gundams, explore new parts of this universe, and most of all, expand the lore tremendously by having all of these different characters band together or come into conflict. It retains an epic sensibility to this day, and though this show itself had a direct sequel in that of Mobile Gundam ZZ, if you had to choose only one of either show to watch, Zeta is your best bet. 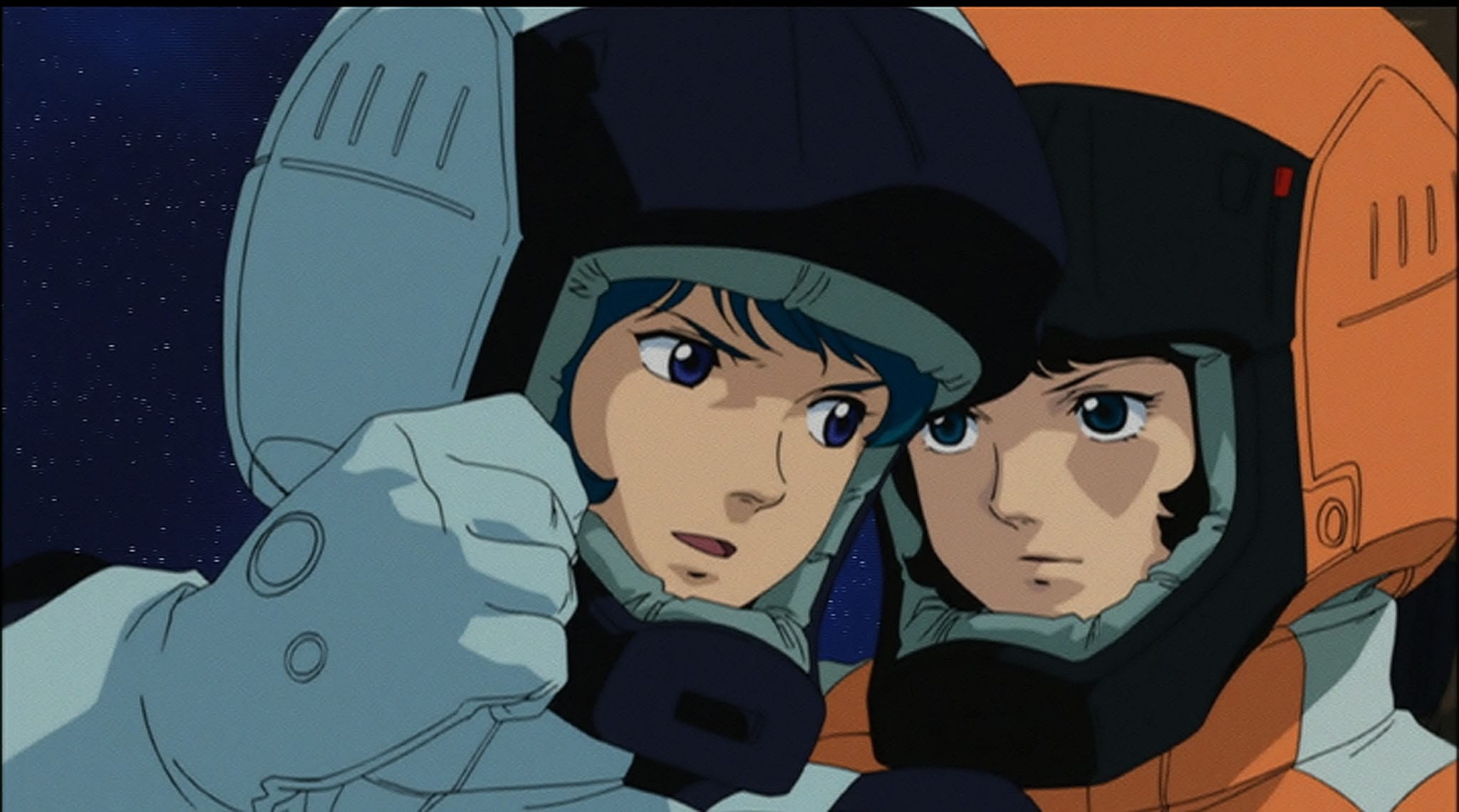 I highly doubt you’ll find a manlier anime out there. Most anime series have protagonists that flit between being bishounen or normal, but Fist of the North Star gives us a character in Kenshiro who is blatant, hot-blooded, and masculine. Inspired by Bruce Lee and the fictional Max Rockatansky from Mad Max, Kenshiro is the ultimate warrior, taking on opponents with a vicious ferocity and determination. He always fights to save the lives of others in the hellish setting the world has become. This automatically makes him sympathetic and ensures that you would never want to cross him.

Through unrelenting trial after trial, enemy after enemy, and loss after loss, Kenshiro never gives up, and his unmatched fighting prowess forms much of the show’s appeal. The unrelenting nature of the story is captivating, and it has stayed in the minds of anime fans ever since its debut. There will always be fearsome martial artists within Japanese fiction, but very few humans can take on Kenshiro at full strength and live to tell the tale. 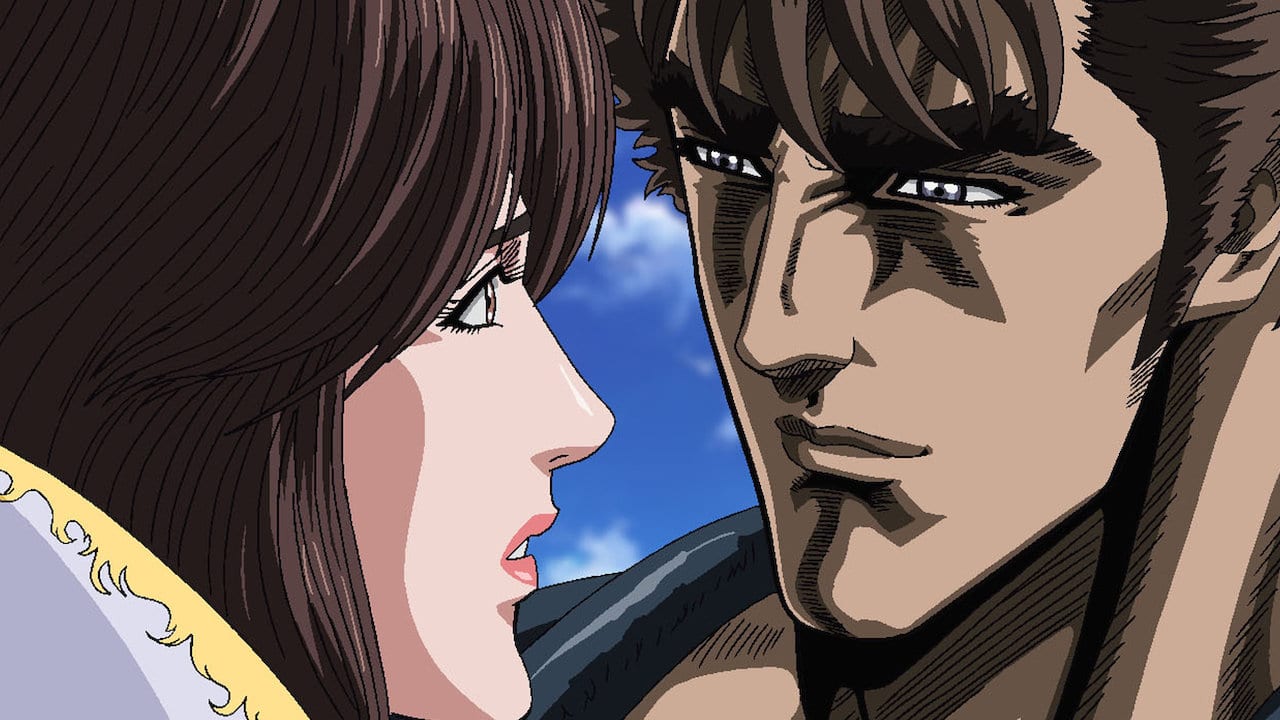 Ever heard of Robotech? Yeah, that’s an amalgam of several different anime shows edited together to create a new story, and one of those shows thrown into the mix was Super Dimensional Fortress Macross. The series is a space opera set in Japan that blends a hefty dose of mecha action, apocalyptic scenarios, Japanese music, and, of course, the infamous love triangle plot device.

SDFM is one of the staple science-fiction anime out there, no question about it. It introduced us to one of the first “idols” in Japan, Lynn Minmay, on top of forming the basis for Robotech, inspiring many other mecha/sci-fi shows, and featuring alien-human interactions that play upon some of the more nonsensical aspects of human behavior. It’s an intriguing narrative and one that I would be curious to see revisited in some way if the beleaguered Robotech live-action adaptation ever actually gets off the ground. 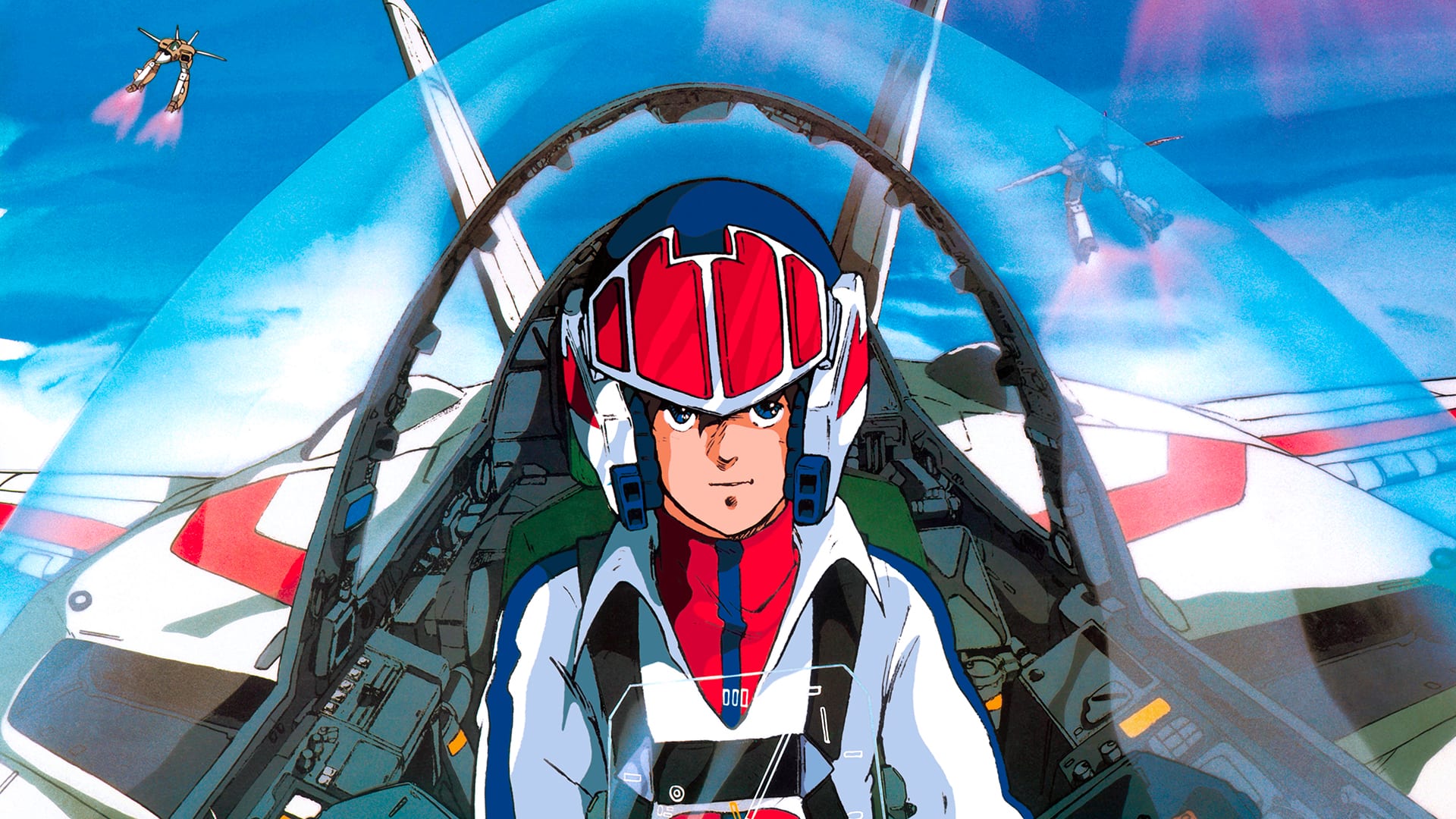 Were you expecting anything else? With continuous anime film adaptations and now a new show following it, Dragon Ball is far and away one of the most famous anime franchises in history. Its success is titanic and exceeded by very few. I would’ve considered it cheating to include the original Dragon Ball series in this list, so I’m just going to loop it in with its far-more-famous follow-up series, Dragon Ball Z. It follows the character of Goku and his relationship with his son Gohan as they go on adventures together and fight various threats to Earth and the greater galaxy. Well-known for its long fight sequences and light-hearted brand of humor, Dragon Ball Z’s popularity is unique in that it seems to keep growing with each passing year, with more and more fans entering the fold.

It’s clear that when most people think of 80s anime, they immediately think of Dragon Ball. This stands as a testament to how successful the franchise truly is, and I highly doubt that any other Dragon Ball material that comes afterward can even come close to being the worldwide phenomenon that Dragon Ball Z is. It’s fun, the comedy never feels overbearing, Akira Toriyama’s art style is eye-catching, and it does have some legitimately emotional moments. For all those reasons and more, Dragon Ball Z is far and away the most iconic anime from the 80s. 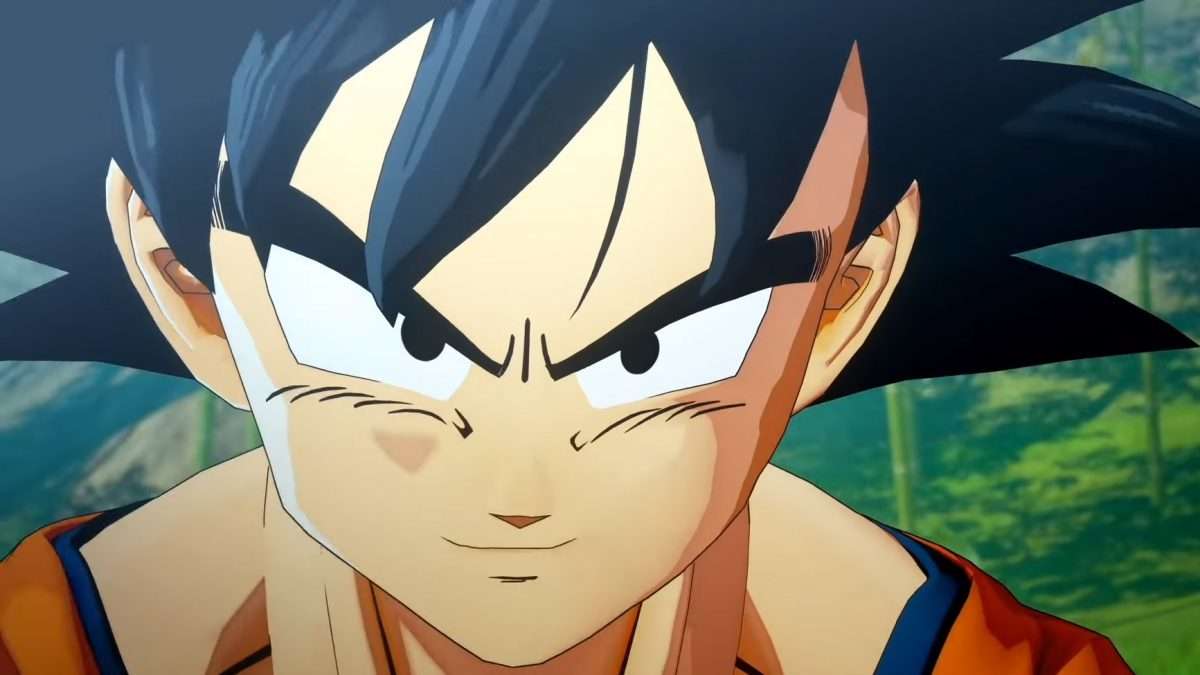 But that’s just my take on it! Do you think a different anime should take the top spot? Are you now more interested in watching some of these shows? Thank you very much for reading. Now, go watch some anime!