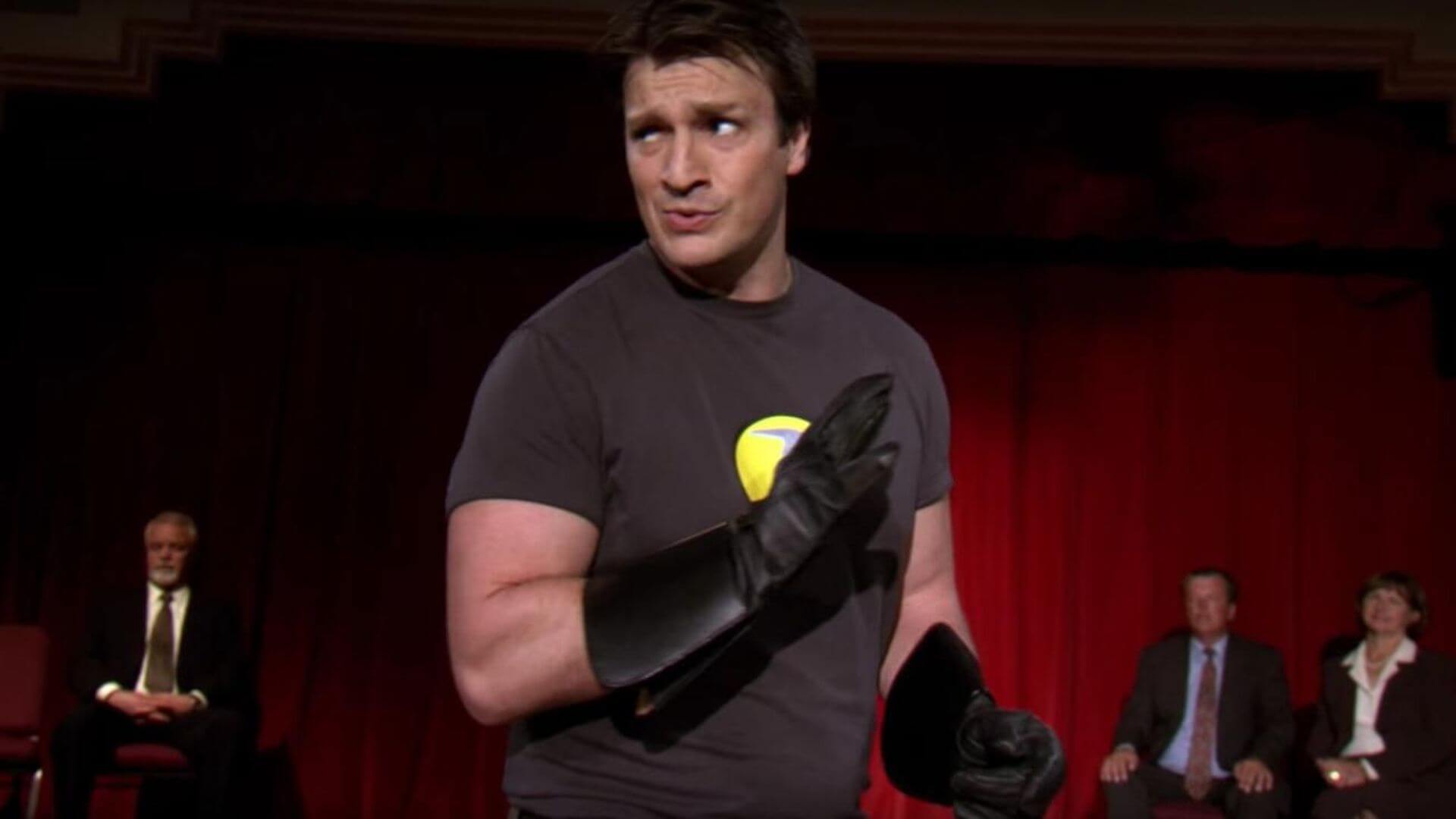 It looks like a former fictional writer is ready to squad up. Deadline reports that Castle star Nathan Fillion – best known in geek circles for his work in various Joss Whedon productions, such Captain Hammer in Dr. Horrible’s Sing-a-Long Blog and, of course, as Captain Malcolm Reynolds in Firefly – has joined the cast of James Gunn’s Suicide Squad film. The role, is of course, under wraps, so it’ll no doubt be exciting to see him pop up in the upcoming DC ensemble movie, which is dated for August 6, 2021. The project, which also stars Idris Elba and returning favorite Viola Davis, is set to begin production September 22.

This news is unsurprising, considering that the fan-favorite actor has appeared in almost every one of Gunn’s films, save for a cut cameo in Guardians of the Galaxy Vol. 2 as B-movie actor Simon Williams, alter ego of the superhero Wonder Man. According to The Hollywood Reporter, that cameo was removed in order to, in Gunn’s words, “bring [Fillion] more fully into the MCU,” so hopefully he’ll be bringing that same foresight to DC. Whenever Nathan Fillion shows up in one of these properties, it’s always a treat and something he embraces with gusto (look no further than his “reprisal” of Captain Reynolds on American Housewife last year). In addition, it’s nice to know that his association with the DC Universe is transferring over into the live action-format, given his role as Hal Jordan in several Green Lantern animated iterations, which has led to many fans petitioning to have Fillion play the part on the big screen. While that’s likely not a possibility, it’ll be fun to see him join the live-action DC pantheon in some way courtesy of one of his most frequent collaborators.

Are you excited to an icon like Nathan Fillion be recruited to Amanda Waller’s Task Force X or are you still hoping that he’ll join the Corps? What character are you hoping he’s playing? Let us know in the comments and stay tuned to Geeks + Gamers for more DC news!