Scott Snyder is often considered one of the greatest Batman writers of his generation. Whether it’s The Court of Owls or even one of the greatest modern Joker stories, Death of the Family, Snyder always brings his A game to the Bat family. When he left the mothership Batman title with Rebirth, bequeathing the series to Tom King after co-writing the first issue with him, I was a little disappointed. I felt as though he really got who Batman was and, in my opinion, was the first writer to deepen not only the mythos but also the character since Grant Morrison. Snyder mentioned he was going to do new Batman stories beyond the main title, but to be honest, I had thought that was little more than lip service. Snyder has very much been a literary Wunderkind, having gotten his first stories published at a very young age; he even sort of turned down a major publishing deal to write comics. As much as I love his comics work, I hoped he would turn his hand to other projects. What I didn’t realize was that he was about to execute a brand new tale for the Dark Knight with James Tynion IV,  one that would make Christopher Nolan and especially Zack Snyder proud. It is a story that, in my view, is exactly what one-shots are made for. Yet, for me, The Batman Who Laughs: The Grim Knight #1 is, well, too grim.

At the conclusion of Dark Nights: Metal – which, like The Grim Knight, he also worked on with Tynion IV, and was a story that, just by the premise alone, was one of the most gonzo Batman stories ever delivered to comic shops – I had no idea where he would go next. And unfortunately for The Batman Who Laughs: The Grim Knight #1, the proverbial gloves have well and truly come off. They should’ve kept one on. The entire issue is framed by Batman leading Gordon through a sewer. It has often been said that there must always be a Batman and a Gordon in Gotham, as they are the moral pillars of what keeps Gotham one step away from utter chaos – chaos that is often personified by the Joker. As a result of seeing Batman and Gordon on opposite sides (at least when you consider how the GCPD feels about the former in a myriad of iterations), it can be a little unnerving, especially for the bat-fan, as The Batman Who Laughs: The Grim Knight #1 inter-cuts this with what is probably the grimmest (no pun intended) take on Batman’s origin tale – in the process subverting a lot of readers’ expectations of this well-worn backstory. While the ways in which  Gordon tries to combat his masked enemy in The Batman Who Laughs: The Grim Knight #1 show a lot of ingenuity by our beleaguered commissioner, it can be a little strange to read. 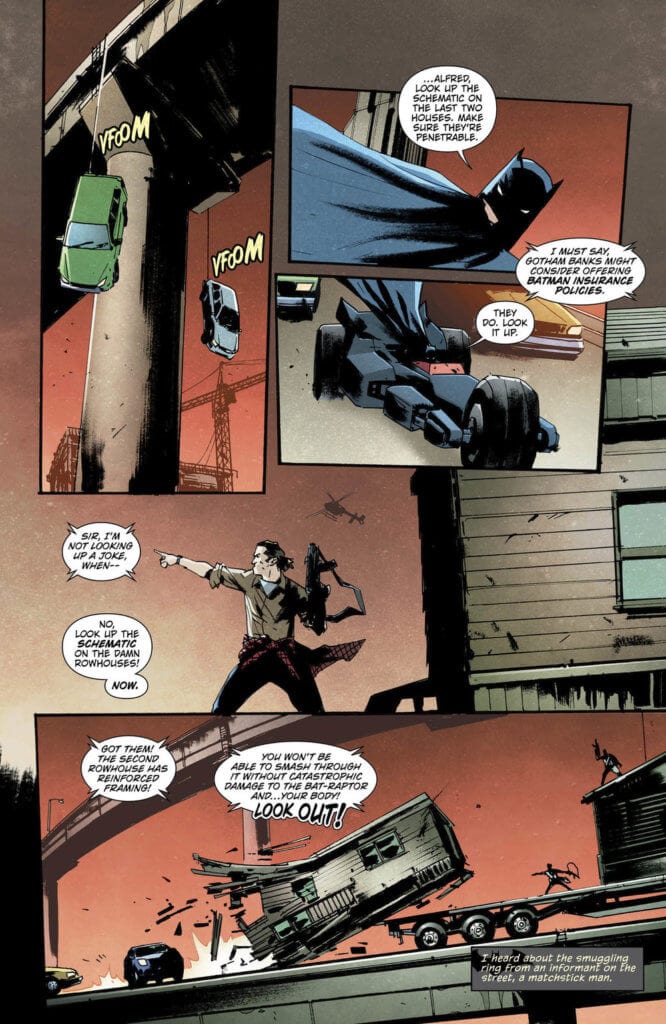 Reading The Batman Who Laughs: The Grim Knight #1 feels like reading someone’s attempt at being different for the sake of being different. Despite Snyder once again showing he’s one of the best at writing Gordon (a fact that has been abundantly clear since his days writing Detective Comics), something just rings false with this one-shot. It feels as though Snyder is trying too hard to be edgy or mimic what Zack Snyder has done with the Dark Knight in the movies, thus giving credence to the kinds of things Ethan Van Sciver has been saying about the comics industry being rudderless. The Batman franchise has always been a crown jewel to Warner Bros., and with good reason. Just like in the comics, the Bat family has withstood countless iterations, some of which have been far better than others. But Batman always comes back because every generation has its own version that resonates with them. Scott Snyder has been writing these characters, so aside from trusting in the brand, he above of all must trust in himself, and I’m not seeing that with this one-shot. I suppose some may feel it’s necessary to be in lock-step with whatever iteration is popular on screen at the time, but it can largely feel redundant or shocking for the sake of being shocking, like another controversial choice for the Dark Knight a couple of months ago. Yes, comics should be daring, especially as they need sales now more than ever, but I’m unsure whether The Batman Who Laughs was the way to go. That being said, Snyder has earned a lot of leeway over the years, especially after all the work he’s done on the Batman mythos, and I have to say, he pulls off this new take on the character with aplomb. While, at first blush, some of this storyline may seem gratuitous, I can’t help but be intrigued by what might come next. A part of me wonders whether this story might help to inform a Crisis-style event down the road, but that’s probably just wishful thinking on my part. I guess we’ll just have to see what DC has planned.

The art of The Batman Who Laughs: The Grim Knight #1 is excellent (as is the cover by The Losers’ Jock); Eduardo Risso does a great job of bringing this Snyder/Tynion IV collaboration to life. While a part of me will always be partial to the Capullo/Snyder collaboration (I kind of look at Capullo as the Van Sciver to Snyder’s Geoff Johns), I’ve really enjoyed the work that they’ve put into this very special issue, and, putting my desire to see Snyder and Capullo work together again aside, this isn’t a bad team up by any means. I hope the triumphant trio of Russo, Tynion IV, and Snyder gets to work together again.

Writing collaborations can often lead to great work in the comics medium. Unfortunately, I don’t think The Batman Who Laughs: The Grim Knight #1 was a good example of this. While the art is great, the story seems as though the writers watched the Nolan trilogy and BVS, then cranked things up to 11. As a result, the story seems hollow and ends up feeling edgy for the sake of being edgy. Despite this, I still want to see what this team comes up with next. Snyder has more than earned the right to take some risks, but while taking risks in the comics medium is important, it is equally important to know when the batarang has missed its target.

The Batman Who Laughs: The Grim Knight #1

Writing collaborations can often lead to great work in the comics medium. Unfortunately, I don’t think The Batman Who Laughs: The Grim Knight #1 was a good example of this. While the art is great, the story seems as though the writers watched the Nolan trilogy and BVS, then cranked things up to 11. As a result, the story seems hollow and ends up feeling edgy for the sake of being edgy. 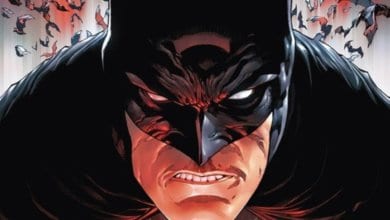 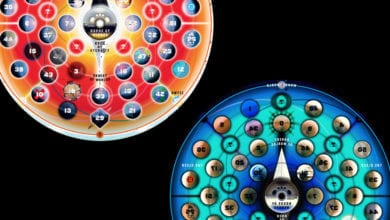 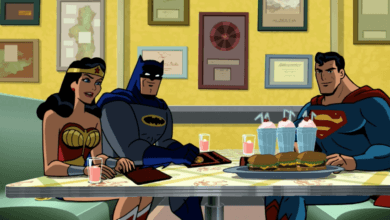 DC to Open Restaurant in UK 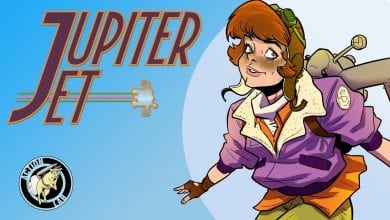