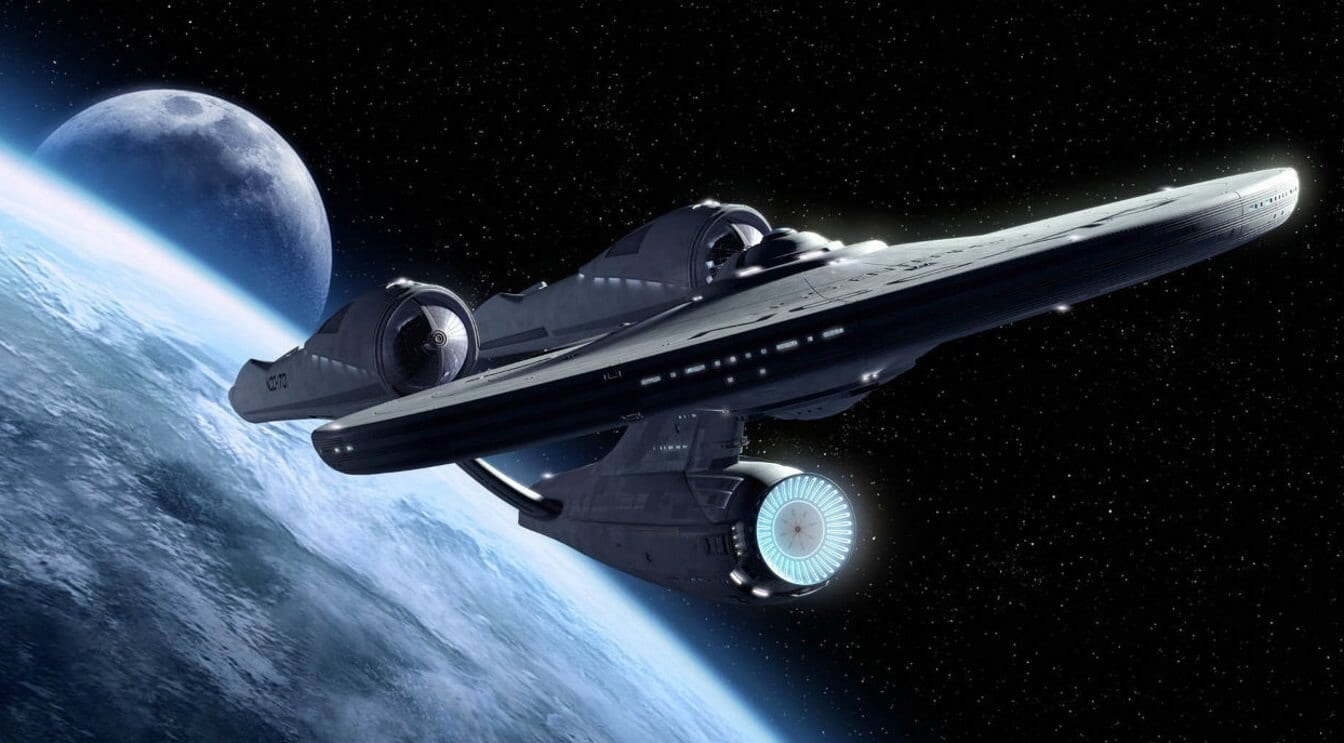 Quentin Tarantino might still beam aboard the Enterprise for his final film, and he might be bringing along a Royale with cheese. In a recent interview with Deadline to prepare for the just-released Once Upon a Time… in Hollywood, Tarantino talked about his idea for a Star Trek movie, ultimately involving one of his most popular films. He stated that, contrary to previous reports, his foray into Trek would most definitely be “Pulp Fiction in space,” and thus would set the film apart from a lot of cinematic space epics. It’s nice to get some insight into what he might be planning for Gene Roddenberry’s 56-year-old franchise, as the idea of Tarantino directing a Star Trek film has been the talk of Geekdom ever since the possibility was raised last year.

While some might scoff at the idea of taking on a branded IP for his final film, I suppose they can take solace in the fact that Tarantino is looking to create a black-and-white TV series about Jake Cahill, a Western character which Leonardo DiCaprio’s Rick Dalton portrays in Once Upon a Time… in Hollywood. Tarantino was quick to point out that it’s unlikely that DiCaprio would return to the role for the show. It makes sense that Tarantino would consider doing something like this, particularly after the Netflix re-cut of The Hateful Eight, where the film was broken down into four episodes. For years, Tarantino has been talking about the idea of directing a western TV show so that he would be able to officially call himself a Western director (according to Tarantino, you have to have directed three Westerns to be considered so) In any case, it’s great to hear that Tarantino has multiple ideas percolating, and I can’t wait to see what he comes up with next.

Are you excited for Tarantino’s next creative steps or do you think Once Upon a Time… in Hollywood should be his swan song? Let us know in the comments and stay tuned to Geeks + Gamers for more movie news!