I’ve been a fan of Luc Besson’s work since the Transporter films. There was something refreshing about them at a time when those kinds of movies were beginning to go out of fashion, becoming far more focused on the big set pieces and special effects than the more character-driven action films of the 80s. But Besson was still a big fan of science fiction, a passion that has been on display since the cult classic The Fifth Element, which itself has a divisive reputation among fandom. While that film was not as successful as he might have hoped, Besson remained undeterred and, in between developing various action vehicles and another big galactic epic, he released a sci-fi thriller from directors Stephen St. Leger and James Mather entitled Lockout.

Right from the first trailer, I was excited for this film. Lockout was offering something sci-fi hadn’t since the 80s: a hero who was a sarcastic jerk. I absolutely loved what Guy Pearce – an actor who I couldn’t place at the time – looked to be bringing to the character. I had to check out where I knew Pearce from, only to discover that I had seen him before in two films in particular, Memento and The Time Machine, the latter of which I had thought might have been his big break as a leading man of big budget films had the HG Wells adaptation performed well. Much like Besson’s Fifth Element, that movie didn’t work out as many people had hoped it would. This put the lead actor and producer in the same position; this was their shot at redemption, and really, who doesn’t love a good Hollywood redemption story? The other cast members were also intriguing to me; of particular note was Maggie Grace, past collaborator with Besson via the Taken series. While I kept hoping she would get her own sci-fi staring vehicle, I was glad to see her on the big screen. So, hoping that I would be witnessing the beginning of a new sci-fi action series, I went to see Lockout the first chance I got. Unfortunately, my hopes were quickly dashed.

Lockout opens in the year 2079, where an interstellar prison called MS One has been created for the worst of the worst inmates. The opening interrogation scene immediately establishes Pearce’s Snow in much the same way the trailer did. As Snow explains what happened, we intercut with scenes in the hotel and watch as Snow’s associates are taken out in one form or another, with one being used to frame Snow for murder and espionage while the other – who goes by the name of Mace – is in possession of the  briefcase that can clear our hero’s name. We then go aboard MS One, where first daughter Emilie Warnock is investigating the effects of stasis on the criminals, which, until this film, was an idea I hadn’t seen explored in this much detail in the cinematic medium. Things go wrong for her quickly, and when the low orbit police department fails to defuse the situation while the Marines are hours away, it falls to Snow to try to get Emilie to safety – something that he initially resists, and only relents when his friend Mace is conveniently now a prisoner on MS One. 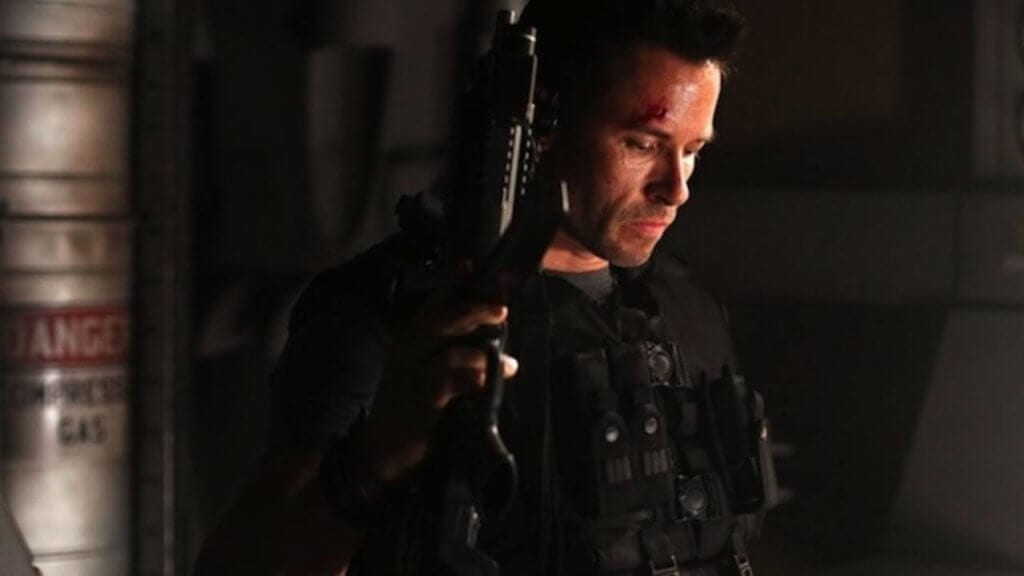 Lockout was definitely an ambitious movie, careening from one inventive idea to the next. Unfortunately, this was a big part of the film’s problem. All too often, the first half of this movie seems like a convoluted video game movie with the standard guy in the chair giving Snow info about whatever the latest obstacle is, whether it’s getting onto the space station or trying to save Emilie’s life. These issues are compounded by the fact that the inciting incident is wrapped up in the final ten minutes of the movie at a breakneck pace that feels incredibly uneven. It felt as though the filmmakers were so focused on getting Snow and Emilie together that they forgot what put Snow in that position in the first place. There were a few aspects that worked, particularly in terms of the world-building and the dangers of potentially putting people into stasis. This was a tangible sci-fi concept that one wouldn’t normally expect from the kind of films that Besson puts out, so I was intrigued by what he would bring to the idea. Yet it seemed to be left on the table, only to be pulled back to the forefront when it was convenient for the plot.

Lockout’s only other saving grace was the two leads. I really enjoyed the scenes with Pearce and Grace throughout the film. There was an old school back-and-forth to their relationship that I would almost argue was of the Hepburn and Tracy style – or, to give it a sci-fi parallel, Han and Leia. Regarding the latter, had I not known Besson was involved, I might have thought Lawrence Kasdan contributed to the script. There is, however, a chasm of sci-fi experience between Kasdan and Besson. The chemistry between the two leads is not enough the help Lockout rise above its B-movie trappings regardless of the ambition on display. Besson was a lifelong fan of genre fare, having been developing stories since he was a teenager. But all too often throughout the film, it feels as though the prolific artist can’t seem to see the forest for the trees, a mistake he would, unfortunately, repeat in his future sci-fi epic Valerian and the City of a Thousand Planets.  I can’t help but feel this story might have worked better as a TV series. The Transporter franchise made that transition, so I don’t see why the same couldn’t be done for Lockout, particularly given the current tastes of Hollywood. Unfortunately, this could just be wishful thinking, as the film has all but faded into obscurity. 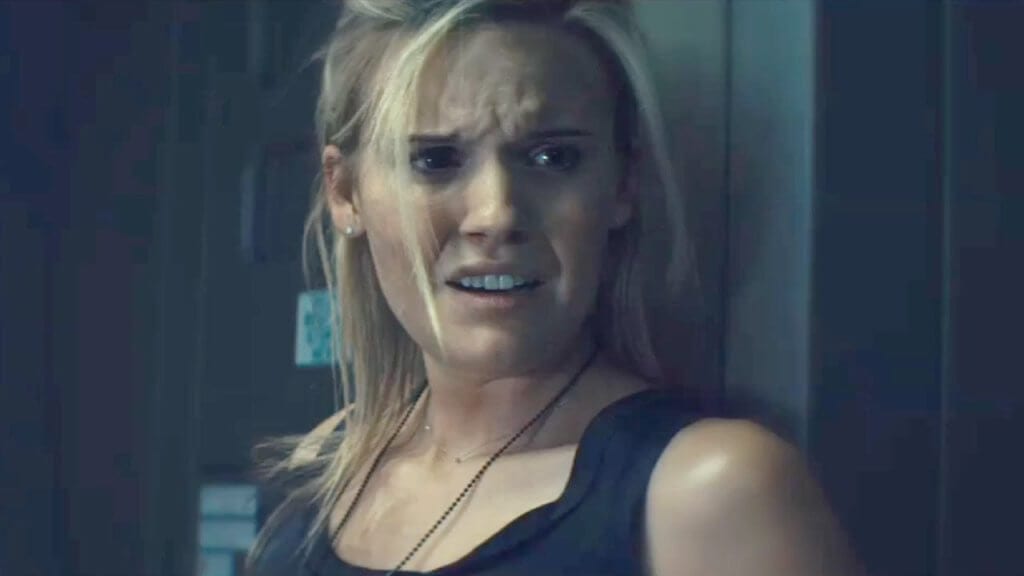 Despite some interesting world-building and decent chemistry between Grace and Pearce (the latter of whom gives an excellent performance), Besson couldn’t make Lockout work. The last few decades have shown what’s possible in sci-fi on the screen, so it’s incredibly disconcerting to see misfires like Lockout. This sci-fi B-movie merely serves as a reminder of that it takes more than a great lead to make great genre fare.