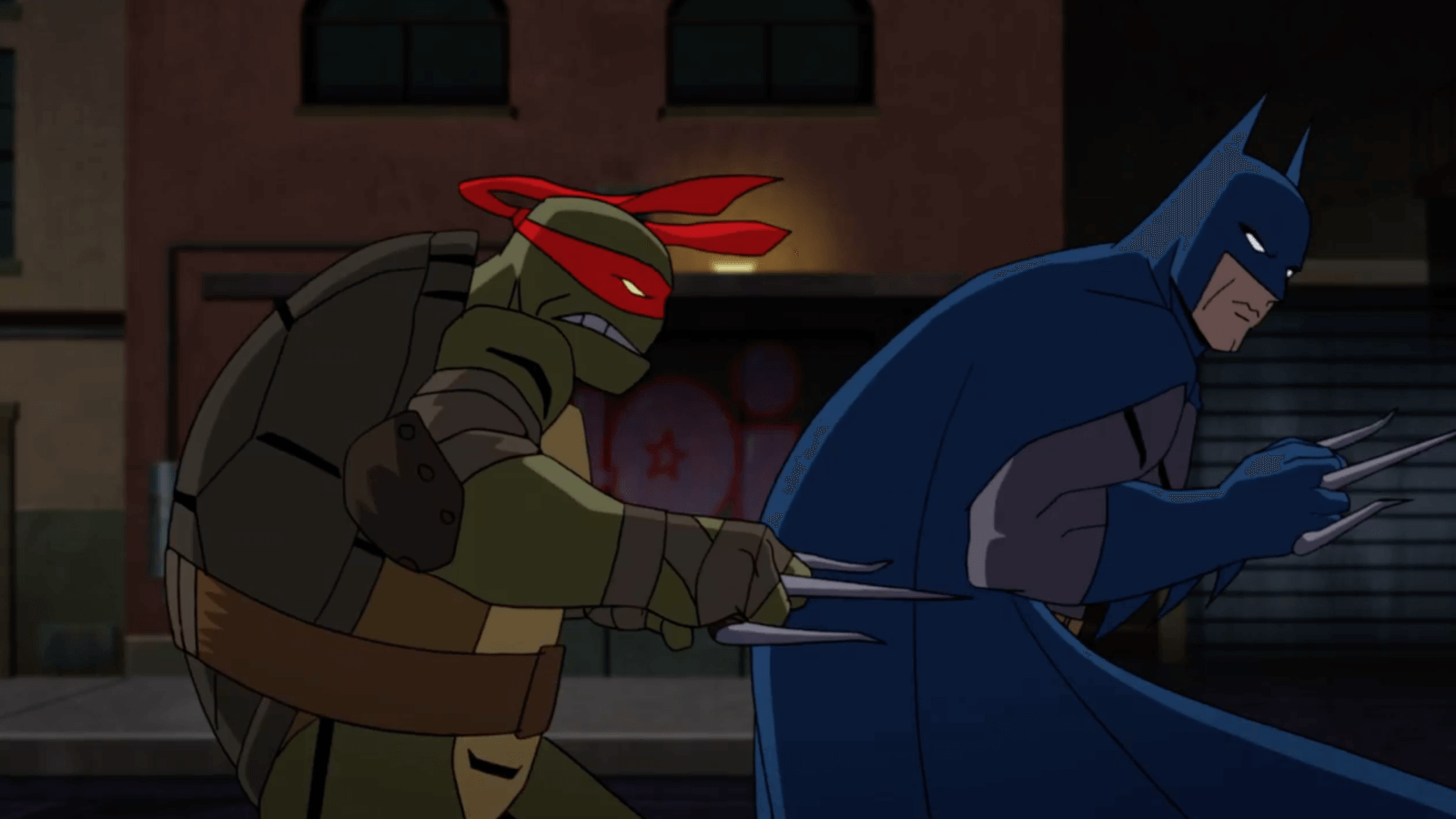 When I watched the Batman vs. Teenage Mutant Ninja Turtles trailer, my first thought was, “If Batman doesn’t fight Shredder sooner or later, this is pointless.” Sure enough, the trailer assures us that will happen. I’m impressed with the go-for-broke mentality with which they seem to have approached the story; the main conflict seems to be against Shredder and Ra’s al Ghul, which is the most logical villain pairing, but why not throw in Bane, Penguin, Poison Ivy, Two-Face, and plenty more of Batman’s rogues gallery? And, of course, the Joker is involved somehow. I like that the Turtles are keeping their brand of humor from the animated series of the 80s and 90s (which, when I was a kid, was so my jam) to contrast with the taciturn Dark Knight. It’s always a bummer when Kevin Conroy doesn’t voice Batman, but Troy Baker seems to mimic him pretty well, as he did Mark Hamill’s Joker in Arkham Origins – and, presumably, will again here. Batman vs. Teenage Mutant Ninja Turtles looks like it could be another winner for DC’s animated film library.

What did you think of the Batman vs. Teenage Mutant Ninja Turtles trailer? Have you read the comic? What do you imagine Batman likes on his pizza? Let us know in the comments and stick around Geeks + Gamers for move superhero movie news and reviews!

i liked that trailer. I also like the 70’s style blue/grey costume.