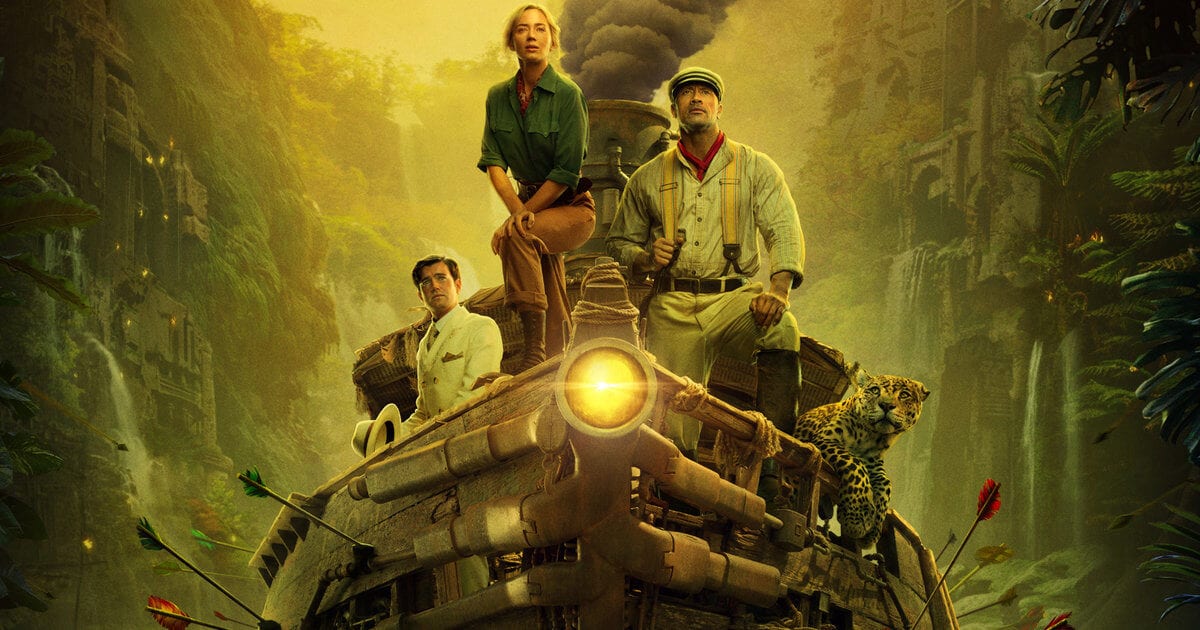 Adventure awaits as the first trailer for Jungle Cruise has gone online. The Adventureland adaptation is being directed by Juame Collet-Serra and written by Michael Green, John Requa, Glenn Ficara, and Lord of the Rings showrunners Patrick McKay and J.D. Payne.

The Jungle Cruise trailer opens with Emily Blunt’s character, Lily, looking for an arrowhead that is apparently the key to unparalleled healing powers via a legendary tree in the Amazon. After she gets caught and has to escape, we see Dwayne Johnson’s Frank giving a very cheap Amazon tour. From there, Lily is looking for passage and knocks on his door. Frank initially rejects her request, until she promises him a lot of money. After a bit of comedic haggling, they’re off on the adventure. Amid some more fisticuffs, Lily admits she can’t swim. Incredulous that she booked a river cruise while not being able to swim, Frank says the price just went up. At times old-fashioned Disney film and period adventure, this Jungle Cruise trailer is fantastic and seemingly has something for everyone. When initially discussing this film, the cast said the project was partially inspired by the classic 1941 Humphrey Bogart/Katherine Hepburn film The African Queen. I think you can definitely feel that influence permeating this trailer, especially when it comes to the chemistry between Johnson and Blunt. That being said, I can’t help but be a little bit concerned here. Save for the Pirates of the Caribbean film franchise, theme park adaptations haven’t worked out well for the entertainment conglomerate. So here’s hoping the people’s champion will change their luck a bit.

Are you excited to climb aboard the Jungle Cruise, or do you think it’s going to go over a waterfall? Let us know in the comments and stay tuned to Geeks + Gamers for more movie news!