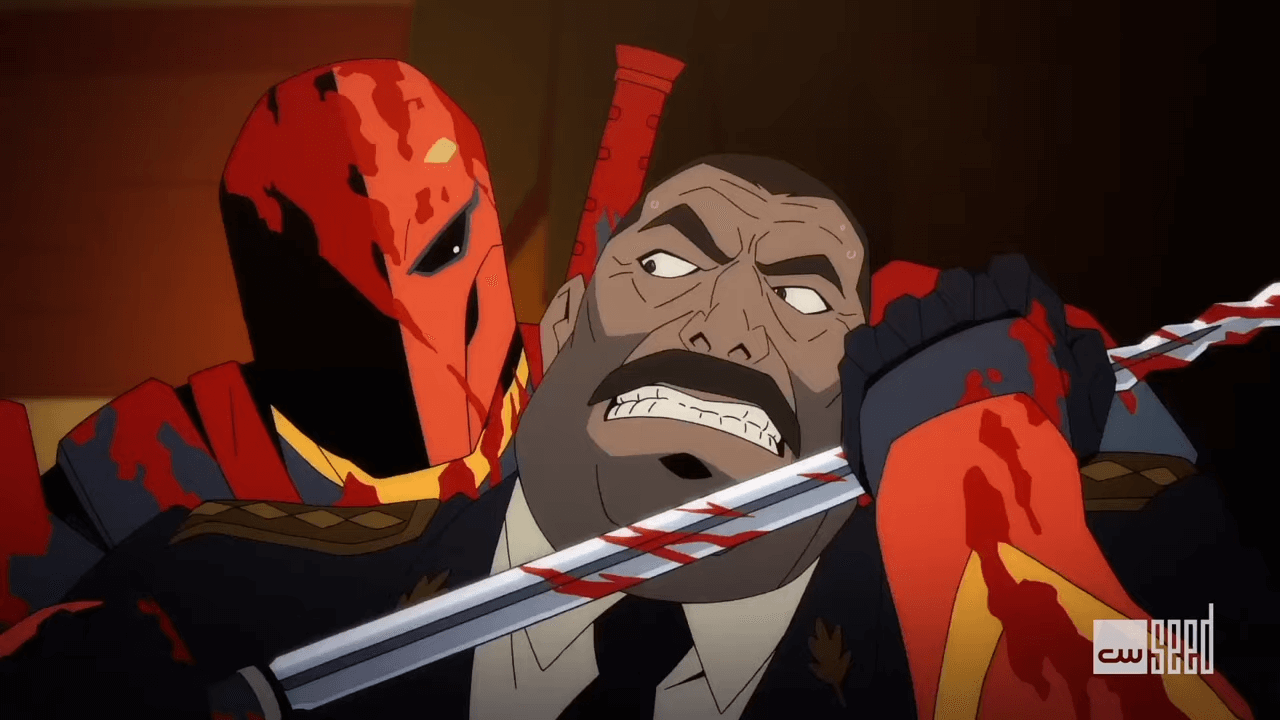 We have our first look at Deathstroke’s next mission as the first trailer for the CW Seed’s animated series Deathstroke: Knights and Dragons has arrived online. The project is written by Justice League International’s J. M. DeMatteis and stars Michael Chiklis as the titular mercenary. While the footage is more of an extended clip than a trailer, it definitely gets the fans’ minds turning. The footage begins with Deathstroke the Terminator bursting through the door of General Suarez’s office covered in blood. He puts his sword to Suarez’s neck, with the General assuming that President Molina sent him, only for Deathstroke to show him the President’s head, saying that Molina didn’t do right by his people and that he needs to do better or Deathstroke will be back. When he asks for his fee, Suarez signals his guards to kill him, only for Deathstroke to shoot them, all causing him to quickly change his tune.

I’ve been looking forward to this show since it was announced, and this footage only made me more excited. DC has always been fantastic with their animated projects, so it’s good that this tradition is continuing. In addition, the CW Seed has been doing a great job of extending their live-action DC properties, so I’m excited to further explore Deathstroke’s exploits in the animated format, even if its connection to the Arrowverse is something of an open question. The only bittersweet element here is that Manu Bennett won’t be involved in the show. Don’t get me wrong; I love Chiklis, and I’m glad he’s coming back to appear in a comic book adaptation after his work on Fantastic Four and as Captain Barnes on Gotham. I just wish Bennett would have gotten the opportunity to return.

Are you excited to see Deathstroke’s animated adventures, or are you over the character? Are you disappointed Manu Bennett won’t be reprising his role? Let us know in the comments and stay tuned to Geeks + Gamers for more DC news!