Home  /  Entertainment  /  Movies  /  Give and Take in Superhero Cinema

Give and Take in Superhero Cinema 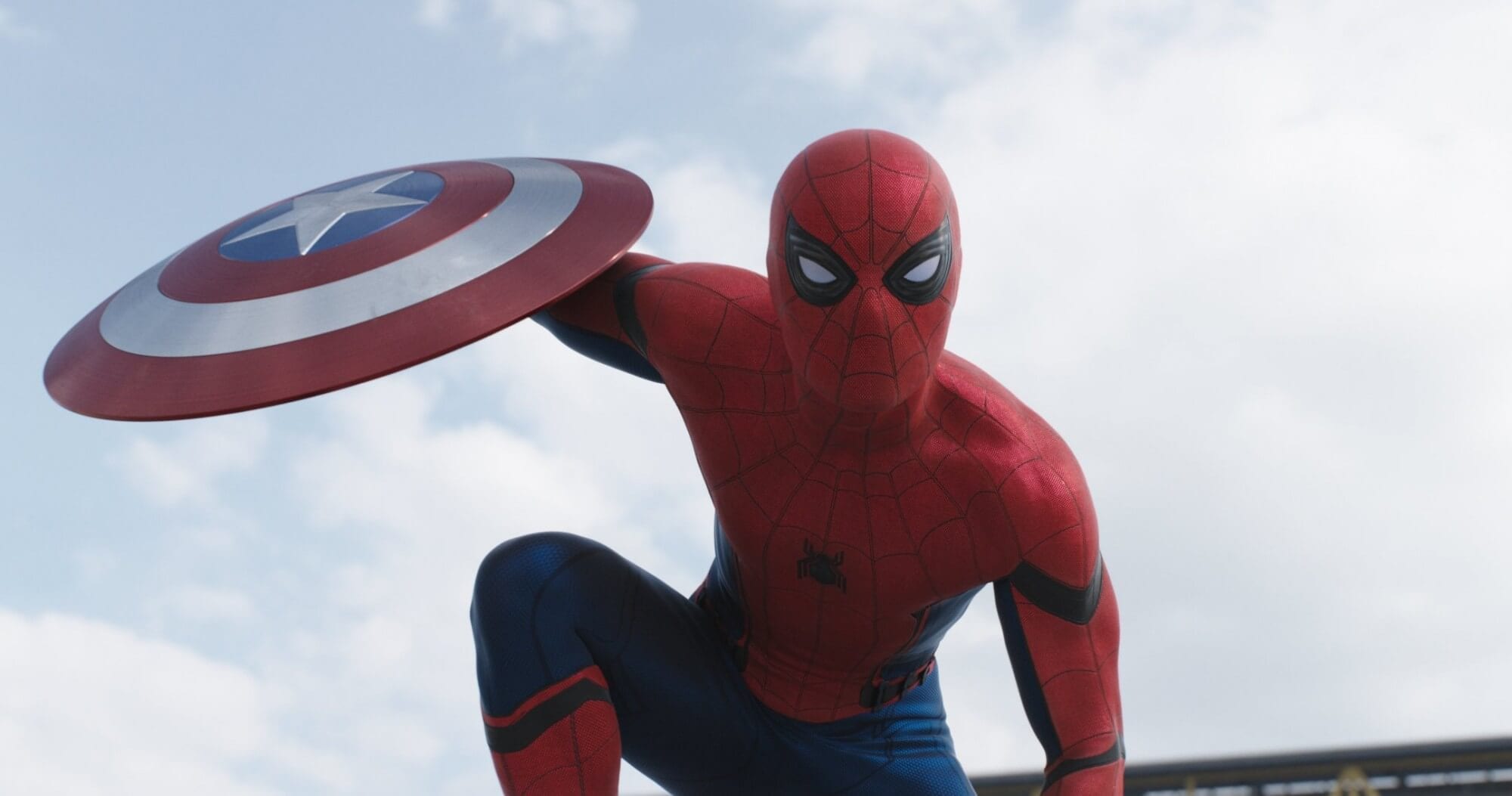 The other day I was talking to a friend and he brought up the idea that there’s no such thing as a perfect movie, arguing that the best films have flaws that enhance them rather than sully them. In principle, I disagree with this (a Hitchens quote comes to mind: “It’s only true if you say it is.”), but I think there’s a larger point about cinema to be gleaned from it: filmmaking is often a give and take. There are certain elements of a movie, be they a scene, a subplot, even an entire character, that can be both a boon and a detriment to the overall film. To see this in action, one need look no further than three of the big comic book movies that have been released this year.

*Spoilers for all three movies*

One of the most celebrated aspects of Captain America: Civil War is the inclusion of a new version of Spider-Man, played this time by Tom Holland. He’s not in the movie very long, but he makes a huge impact not just on this individual film but the MCU as a whole, both with his distinctive brand of action and humor (it would’ve been really easy for the writers to just make him Tony Stark lite, but they don’t and the extra care shows in the finished product) and with the promise of future appearances his presence brings, be they solo Spidey movies or guest spots in other characters’ adventures. And he’s great! In roughly ten minutes of screen time, Tom Holland has already become the best cinematic Spider-Man by a wide margin, and every second he’s on screen, whether as the web-slinging superhero or just Peter Parker hanging out in his bedroom with his rock star idol, he’s an absolute joy.

That’s the give. The take is, for the entirety of the Tony/Peter/Aunt May scene, the movie’s narrative comes to a screeching halt. Up to this point, Civil War is a pretty propulsive movie, with each scene being important to both the plot and the characters, moving the story forward at a crushing pace while still showing new facets to Steve Rogers and Tony Stark, as well as giving new character Black Panther a very satisfying arc. That’s impressive, and it’s a kind of a shame that Peter’s introduction halts all that great work. Once the fighting starts and Spidey does his thing it’s very cool, but in terms of plot and character it doesn’t add anything. The Russos have said their insisting the film couldn’t work without Spider-Man was a strategy to help the rights process along, and I totally get it, but let’s be real; he lifts right out of the movie.

Like Civil War, X-Men: Apocalypse features a fan-favorite character in a minor role, and it’s one of the best parts of the movie (a movie I loved, if that makes the sheer coolness of the sequence any clearer). After Xavier’s School for Gifted Youngsters is blown up, perennial cinematic thorn in the X-Men’s side Colonel Stryker shows up and kidnaps all the major characters, leaving new recruits Cyclops, Jean Grey and Nightcrawler to mount the rescue mission at Alkali Lake. You know where this is going: during the infiltration, a captured and adamantiumed-up Wolverine gets loose and carves his way through lots of Stryker’s goons before fleeing into the Canadian wilderness, a lost, wounded and angry animal. It’s amazing, and like Civil War did for Spider-Man’s unfortunate celluloid history, it tells the “Weapon X” storyline better in five minutes than X-Men Origins: Wolverine did over an hour and forty-five.

Moreover, this a key step in the development of the three new X-Men, particularly Cyclops. These are just kids who want to be kids, held back by their mutant powers and yearning to break the rules and have fun. All of a sudden, they’ve got to get their act together and be heroes, using their powers instead of hiding them and taking responsibility for the people on whom they typically rely. Cyclops is a little punk for the first half of the movie, but now he’s got to lead the X-Men into battle for the first time, and though he’s untested, his natural instincts take over and he feels at home calling the shots. Despite Mystique ruining his arc in the third act, this is great writing.

Well, mostly. While the X-Men are off at Alkali Lake battling an evil contingent of soldiers, the Apocalypse storyline – you know, the one the movie is named after, the one that’s been tying everything together from the very first scene, the one that’s caused all the trouble so far – is pushed to the side. The second Stryker and his forces show up on Xavier’s lawn, the movie itself is put on hold so they can take this side trip. This is a major set piece in the film, and it’s completely divorced from the plot. It didn’t have to be this way; Cyclops, Jean and Nightcrawler could’ve easily had to test their mettle against Apocalypse, or something involving him. But if that happened, they wouldn’t have been able to put Wolverine in the film, and after the way Days of Future Past ended, they needed to show how he got his adamantium skeleton and escaped the Weapon X program in this new timeline (not to mention wanting to get as much as possible out of the soon to be departing Hugh Jackman as they could). They accomplished all that but, as with Civil War, sacrificed the narrative to do it.

In Batman v Superman: Dawn of Justice, it’s an entire character that detracts from the film, and the effects are much more detrimental. Wonder Woman is in the movie for no other reason than to set up the greater DC/WB universe. She does nothing that in any way affects the plot of the film and seems to have walked in from a different movie entirely. The only time she really contributes anything is in the final battle with Doomsday, where she leaps into action while Batman kind of swings around. That pretty much ruins the idea of Superman and Batman becoming friends and learning to trust each other and fight as allies; it’s kind of hard to sell that point when one of the two central characters all but sits out the fight while Superman teams up with someone who, from a storytelling standpoint, shouldn’t even be in the movie.

However, Wonder Woman’s inclusion in the finale is easily one of the best things about Batman v Superman. She’s fun to watch in battle and – again, like Spider-Man – has a fighting style that’s distinctively her own; she actually feels like an ancient warrior when she takes on Doomsday. And Gal Godot has a strong presence on screen when she’s decked out as an Amazonian warrior ready for combat (not so much when she’s just Diana in a dress, but that’s probably not her fault; again, she has nothing to do), so the fight feels more epic than it otherwise would have. It’s a jolt of joy for a movie that desperately needs some.

Whether these choices were the right ones is really up to the individual viewer. For me, I think I prefer them to the alternatives; when all is said and done, I wouldn’t rather have a narratively tighter Civil War with no Spider-Man or a more focused X-Men: Apocalypse without Wolverine making cold cuts out of his tormentors, and while I don’t plan on watching Batman v Superman again I think I (marginally) enjoyed my one experience more than I would have with Wonder Woman’s inclusion. But that doesn’t make these elements flawless, and they illustrate the difficult decisions a director/directors must make when crafting a film, especially ones that have to fit into these massive universes; subtracting in order to add, to put it a certain way. I don’t envy them their task, but I’m glad one of the bigger problems they have is deciding exactly how much fan service is too much; at least they’re thinking of us.