SAG rules went ignored, guns were used by the crew for target practice, and the assistant director has a checkered past. 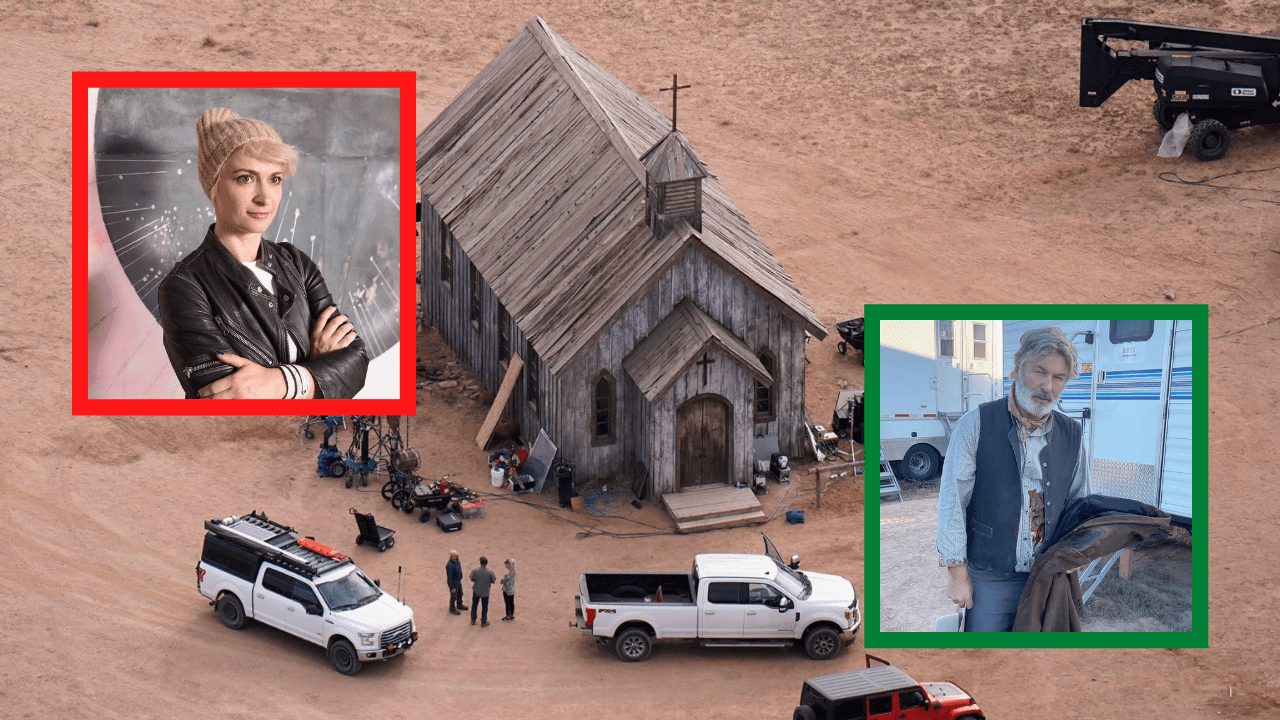 Court records were released Sunday regarding the shooting death of Halyna Hutchins at the hands of Alec Baldwin on the set of Rust. The information begins to paint a more complete picture that isn’t very pretty.

Cameraman Reid Russell, per the Associated Press, spoke to a detective investigating the incident. He revealed that Baldwin was rehearsing a scene Thursday in which he was set to draw his gun while sitting in a church pew and point it at the camera. According to Russell’s testimony within the search warrant affidavit, the camera was not rolling at the time of the accident.

On Friday, Santa Fe, New Mexico authorities questioned assistant director Dave Halls about handing the weapon to Baldwin. He had told Baldwin that it was a “cold gun,” meaning everything was safe and ready to roll. Obviously, that wasn’t the case when the accident occurred, but Russell claimed that Baldwin was conscientious, noting a specific instance when he made sure a child actor on the set wasn’t in the vicinity when a gun was being shot. This is not the first time Dave Halls was on set for a firearm-related incident. Deadline reports that in late 2019, Hall, who was the assistant director for Freedom’s Path, was fired for a similar reason – a firearm was accidentally discharged in the vicinity of a crew member. This caused the person to jump backward; a close call.

Rocket Soul Studios had this to say of their Dave Halls incident:

“I can confirm that Dave Halls was fired from the set of Freedom’s Path in 2019 after a crew member incurred a minor and temporary injury when a gun was unexpectedly discharged. Halls was removed from the set immediately after the prop gun was discharged. Production did not resume filming until Dave was off-site. An incident report was taken and filed at the time.”

Information as to how director Joel Souza was injured was part of the discovery. He was apparently standing behind Hutchins and was struck by the round once it passed through Hutchins’ chest. 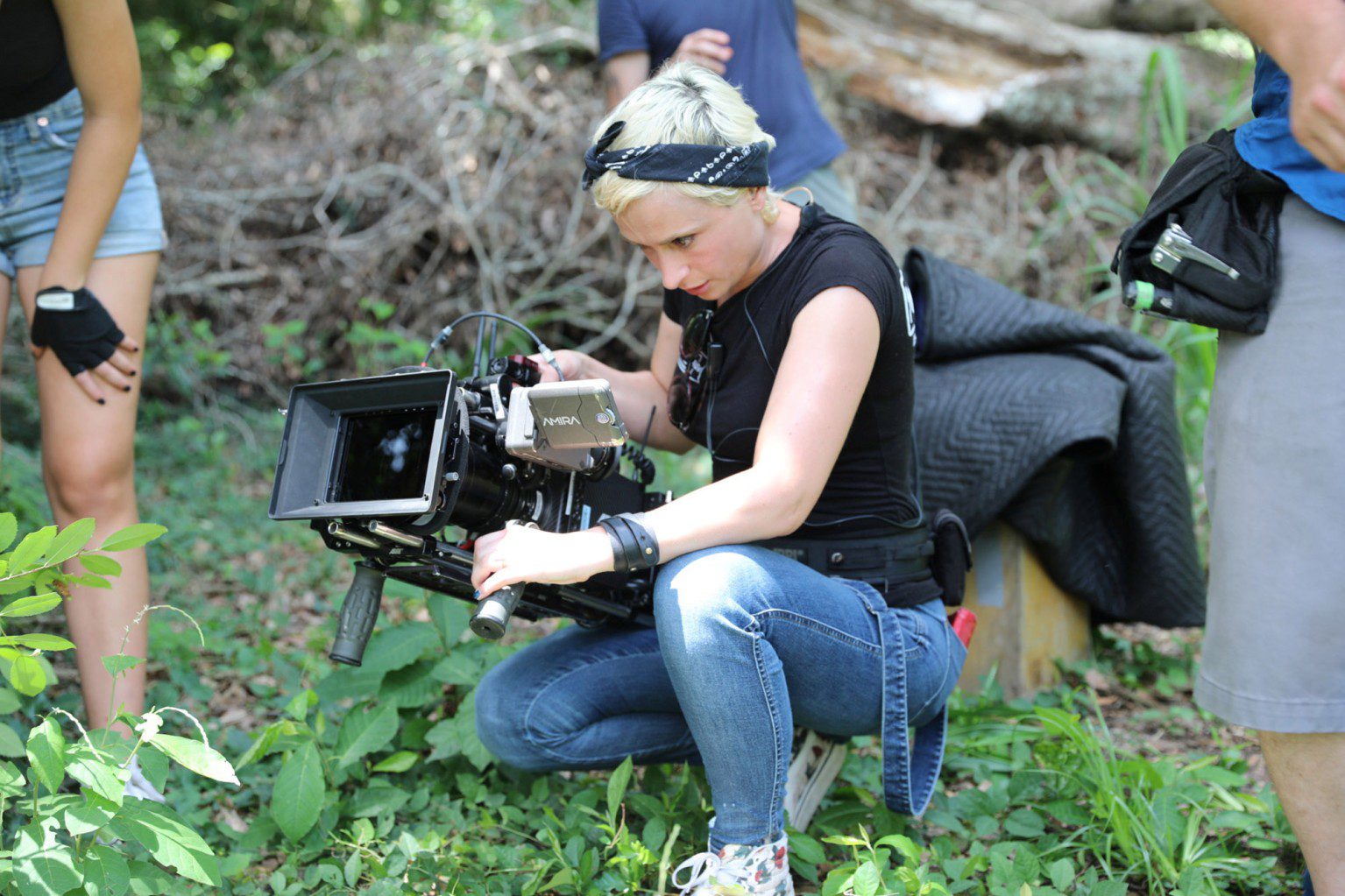 When Souza was asked whether or not Baldwin had checked if the firearm was loaded, he could not recall. He did recall hearing the phrase “cold gun,” but clearly, that was not the case. In doing so, Baldwin violated one of SAG’s (the Screen Actor’s Guild) golden rules when he pointed the revolver at Hutchins. “Treat all weapons as though they are loaded and/or ready to use. Do not play with weapons, and never point one at anyone, including yourself. Follow the directions of the Property Master and/or Weapons Handler regarding all weapons.”

As previously reported, there had been multiple recorded misfires on the Rust set, so the crew knew that this was a faulty piece of equipment.

TMZ reported, “The smoking gun that claimed the life of Halyna Hutchins might’ve been more than just an on-set prop – it was also fired recreationally, even when cameras weren’t rolling.” Multiple sources on the scene corroborated the story, saying that the recreational use was with live rounds, hence why there was one in the gun in the first place. Furthermore, the reports indicate that blank and live rounds were mixed together and stored together on the set.

Propmaker and licensed pyrotechnician Maggie Goll added to the laundry list of complaints against Halls, namely his flippant behavior on the set of Hulu’s Into the Dark series back in 2019. Halls’ disregard for safety protocols on weapons and pyrotechnics directly resulted in the supervising pyrotechnician losing consciousness on the set.

The chief electrician for the production, Serge Svetnoy, blamed the producers for Hutchins’ death. Svetnoy has worked with Hutchins multiple times and notes that there was a high degree of “negligence and unprofessionalism” on the set of Rust.

Ultimately, it was Alec Baldwin who pulled the trigger; some blame has to fall his way. Many of his peers have given their thoughts.

Jeffrey Wright of The Batman and James Bond fame had this to say: “We were all pretty shocked. And it informed what we did from that moment on… I don’t recall ever being handed a weapon that was not cleared in front of me – meaning chamber open, barrel shown to me, light flashed inside the barrel to make sure that it’s cleared. Clearly, that was a mismanaged set.”

Ray Liotta, a man who has handled a gun in virtually every one of his films, agreed that the firearms he uses are checked extensively. “They always – that I know of – they check it so you can see. They give it to the person you’re pointing the gun at, they do it to the producer, they just show whoever is there that it doesn’t work.”

The legendary Harvey Keitel spoke about onset firearm procedure: “If someone tells you that weapon is clear, it’s good, you can smack them in the face. You have to check the weapon yourself. I mean, what a tragedy; it’s a tragedy.”

Adam Baldwin (no relation) was asked about the situation on Twitter. He said in the first message: “He won’t take it, but there’s good advice out there for Alec now to man up, confess and throw himself on the mercy of the court (both legal & public opinion) and $ pay $ for his negligence/recklessness. #ChangeMyMind”

He won’t take it, but there’s good advice out there for Alec now to man up, confess and throw himself on the mercy of the court (both legal & public opinion) and $ pay $ for his negligence/recklessness.#ChangeMyMind

When asked about personally checking the firearm handed to him on set, Adam had this to say: “In 40+ years no one’s ever handed me a firearm on set that wasn’t open and easily eyeballed by me personally as to its status, loaded or unloaded. Alec has experienced this same himself as a 40yr film veteran and producer. He was negligent, at best. Period.”

In 40+ years no one’s ever handed me a firearm on set that wasn’t open and easily eyeballed by me personally as to its status, loaded or unloaded.

Alec has experienced this same himself as a 40yr film veteran and producer.

He was negligent, at best.

Legal opinions as to what the charges could be for Alec Baldwin seem to center around “negligent manslaughter,” which carries a maximum sentence of 18 months in prison.

The New York Post spoke with Joseph Costa, an attorney with Costa Law in Los Angeles.

“As an executive producer, you are in a position of control and you can get prosecuted criminally. It’s the equivalent of drinking and driving, meaning someone may not have intended to cause great harm but they do.”

As for right now, production on Rust is understandably on hiatus. To his credit, Baldwin was seen with Halyna’s family at a New Mexico hotel Saturday morning. The New York Post notes that the Husband, son, and Baldwin all had breakfast in the hotel’s restaurant and were seen grabbing luggage carts and leaving the hotel.