Halloween is a suspense-driven horror thriller from the mind of John Carpenter, who also co-wrote, scored, and directed the film alongside his partner in crime, Debra Hill. It centers around young Laurie Strode, an average American teenager, who is terrorized by a deeply disturbed mental patient. All the while, the patient’s doctor, Samuel Loomis, is chasing him down to stop him from killing everyone in the quiet town. Halloween is horror royalty and stands as a masterclass in suspense entertainment. This is the film that really launched the slasher subgenre into a money-making machine. It is a film that has endured for nearly fifty years and will more than likely continue on for another fifty. Halloween benefits from a great cast, excellent writing, barebones but incredibly effective (and innovative) cinematography, and a haunting musical score by Carpenter. 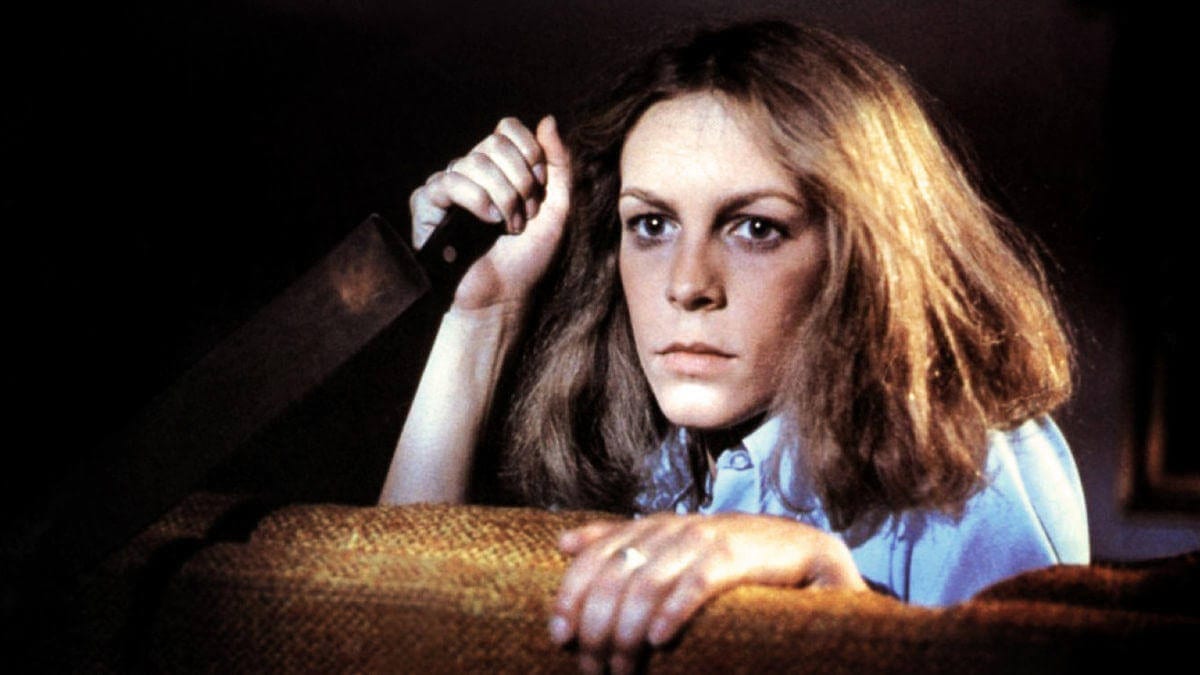 First, lets start off by talking about the cast of the film in this spoiler-filled review. This movie launched Jamie Lee Curtis’ career, making her one of the quintessential Scream Queens. She feels so authentic in the role of Laurie Strode as an average, shy small town girl afraid of talking to the boy she likes with friends that try and coax her out of her shell every chance they get. When it comes down to the finale, she is not helpless since, even when she is trapped, she still fights back and uses her environment against her adversary. Then, viewers get to meet P.J. Soles and Nancy Kyes as Lynda and Annie, respectively. They play Laurie’s more outgoing friends. Lynda is the typical cheerleader you’d see in a horror film but even with that, she is performed in such a real way that the cliches don’t distract. Annie is my favorite of the two. Kyes plays her perfectly, and I like her chemistry with Curtis. She is a sort of middle ground between Laurie and Lynda. She is not quite as ditsy as Lynda but she is definitely more outgoing than Laurie. Donald Pleasence is fantastic as Dr. Sam Loomis, a horror movie icon. He nails the desperation of the character, as well as the pure badassery required at the end of the film. The most important character I haven’t mentioned yet is Michael Myers/The Shape. The character is played by a couple different people, including Debra Hill. She played Michael in the opening until his face was revealed. But Nick Castle is primarily known for playing the character in this film. Castle did a phenomenal job in the role, adding a fantastic degree of curiosity and menace to the role. The Shape permeates the entire film thanks to his fantastic work.

It is a horror film, so we have to talk about the kills. Now, unlike later entries in the franchise, this is a primarily bloodless film. Sure, a little blood is shown when the bodies of those who died are shown, and blood spatter on the knife in the opening is, of course, a part. However, this is not a very showy film when it comes to violence. The kills are simple, involving pretty standard knifework. The body count of the film is low, at only three human deaths. The great thing about Halloween is in how it relies on more than just brutality to be scary. It ratchets tension up using cinematography, lighting, and a bone-chilling musical score. 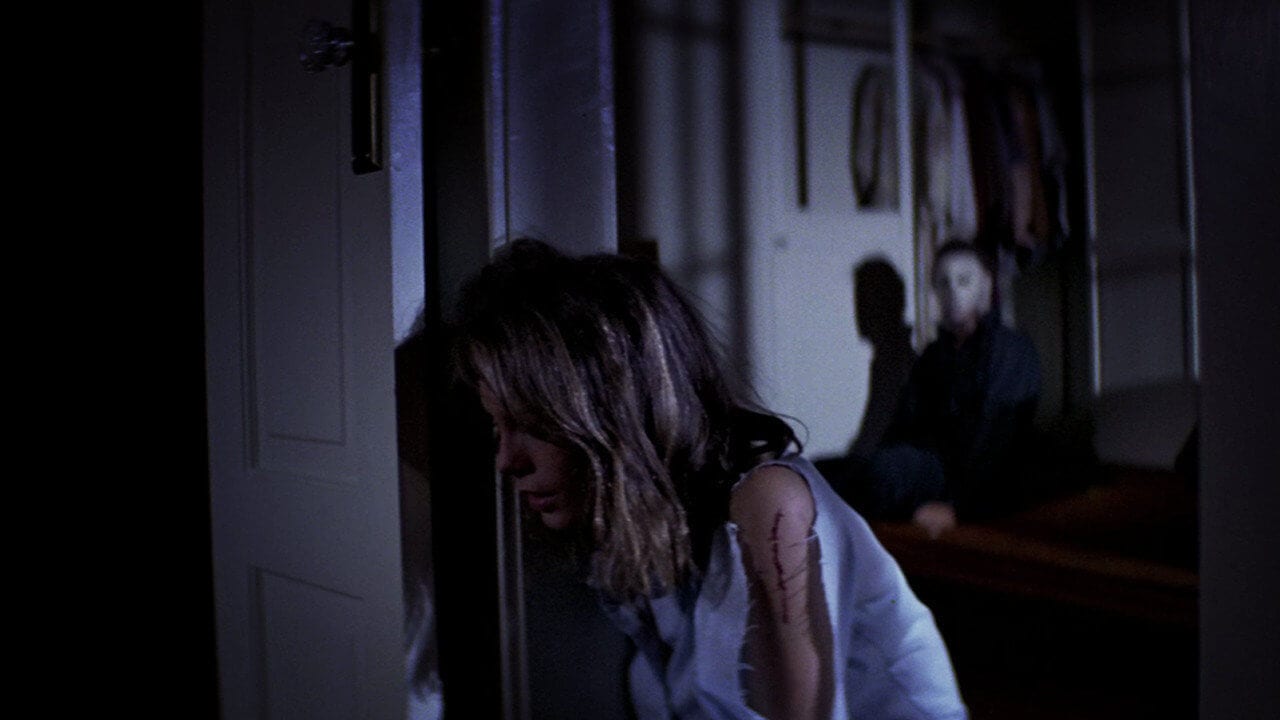 That score, as I said, was composed by John Carpenter himself. There is a story that is told on one of the many documentaries regarding the making of the film that when Carpenter screened the film for Irwin Yablans, the main producer, he didn’t have music in the film. Yablans didn’t find the film scary, so Carpenter went and composed a score for the film very quickly. This score, in all its simplicity, is so chilling and haunting that it pushed the film over the edge into nightmare fuel. I know it terrified me as a child. Just hearing the theme made my pulse race and I’d have to leave the room. The cinematography by Dean Cundy is masterful. It helps ratchet the tension when paired with Carpenter’s score. This film helped pioneer Steady Cam as an art form, and made the POV shot almost a slasher mainstay (making a very common appearance in films like the first Friday the 13th). There are frame-able shots littered throughout the film.

Michael Myers terrified me as a child. I had recurring nightmares of him when I was younger and I didn’t know why. I think subconsciously it was how blank a slate that The Shape was and how authentic the world he inhabited was. Sure, the film was shot in California (at times obviously), but when you’re swept up in it, Haddonfield feels so real. It feels like it could be MY hometown. Laurie feels like a girl who could have gone to my high school, even all these years later. Annie and Lynda feel like girls I probably passed in the hall. When Michael is unmasked at the end for that brief moment, and we catch a glimpse at him and realize he’s just a human being rather than some dream demon or zombie in a hockey mask, that is the most terrifying thing about the film, and the thing that keeps it in my mind to this day.

Is the film perfect? Not completely. No film truly is, but the majority of my complaints are pretty minor. There are some wonky line deliveries and weird script issues at times, as well as some overacting but never enough to tarnish the experience of the film, and not nearly enough to knock its score down.

Halloween (1978) is a horror/thriller masterpiece with stellar direction, great characters, an immortal musical score, and an all-too-real Americana feeling. If you have never seen Halloween, go watch the film and come back to this review and leave your thoughts afterward.