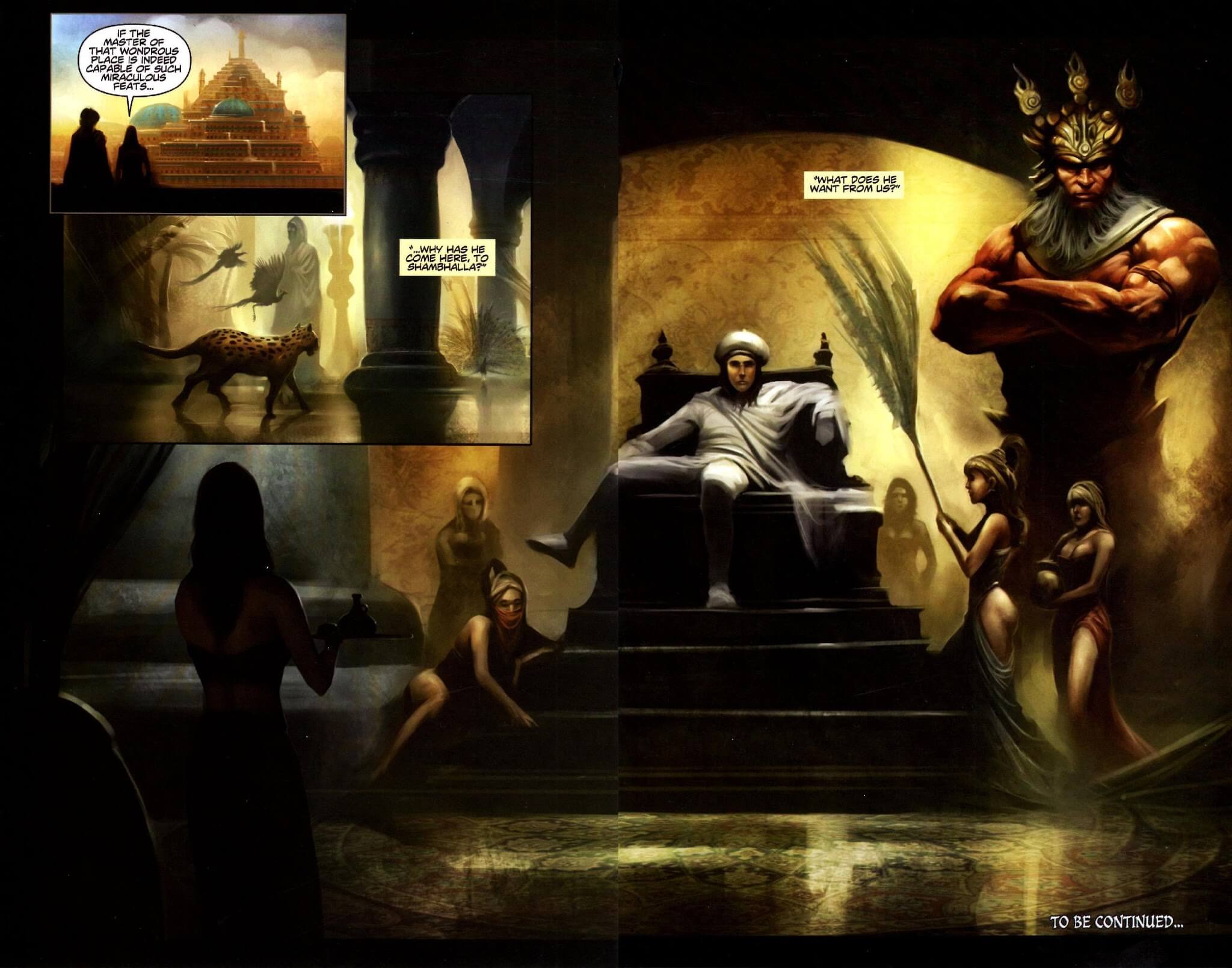 I’ve been a fan of Radical Comics ever since Len Wiseman was announced to direct a still-in-development adaptation of Shrapnel (which once had Hilary Swank attached to star). I was very excited by this news since, at the time, the only other comic book companies besides the big two and Image were IDW and Dark Horse. Radical’s goal was to do something different: create big, broad IPs in a prestige format. To me, this was ingenious and created a new well that Hollywood quickly hopped on in the form of the failed Dwayne Johnson franchise-starter Hercules, based on the comic by Steve Moore, and the Tom Cruise starrer Oblivion, for which Joe Kosinski had planned to release a graphic novel prior to the film’s release. Unfortunately, neither project yielded the box office results Hollywood was looking for, with the former (a passion project for Johnson) failing to kick-start a new film series and the latter, while one of Cruise’s $200 million grossers, being almost divorced from its association from Radical Comics, the project ultimately not coming to fruition in the comic book medium. Later on, Kosinski would refer to the idea of an Oblivion graphic novel as merely a “part of the development process.”

Despite this, the work of Radical Comics fascinated me, none more so than Ian Edginton’s take on the story of Aladdin, subtitled Legacy of the Lost. I had been a big fan of the Disney animated feature back in the day; I still remember being six years old and telling everyone we weren’t allowed to leave Disney World until I “met Aladdin.” When I found out there was an “adult” version of the story, I knew I had to check it out. In the broadest of terms, Aladdin: Legacy of The Lost begins – and arguably ends – much in the way you’d expect if you’re a fan of the Disney version. But the road to Prince Ali is far different here; Legacy of the Lost really gets into the minutia of what it would be like if someone claiming to be a prince just showed up, and is compounded with ideas such as greed and loss. Again, this is something more akin to an epic fantasy story rather than an all-ages musical. Taking the story of Aladdin seriously is a highlight throughout the story. The tales in One Thousand and One Nights were morality tales that expounded on the dangers of giving in to one’s darker urges or, as ABC’s Once Upon a Time taught us, how magic has a cost. These words are given stark reality throughout the story and serve up the kind of cautionary tale the Disney iteration could never present.

In addition, the reader is presented with a more detailed magic system this go-round which, I would argue, brings to mind the likes of Green Lantern, which makes sense when you consider the latter’s Arabian Nights inspirations. No, Aladdin doesn’t create inanimate objects with only his will, but given the parallels between the story of Aladdin and the progenitor of the Green Lantern mythos, I feel the comparison is apt. While the lamp is, of course, the big MacGuffin of the story, we get to spend time learning about not only the sorcery of this world but also the world of the Djinn. It was fun to see, and I sincerely hope George Miller looks at this story for inspiration while he continues work on his upcoming Djinn-centric fantasy epic.

While the Djinn are absolutely a highlight of this story, we also get to meet other characters who are tangentially related to the Aladdin story but have gotten little play in other modern-day media – save for the occasional SyFy TV movie or an unfairly forgotten animated film. I’m talking, of course, about Sinbad. I loved how he’s essentially portrayed as a mirror image of our titular hero; where Aladdin is brash and cocksure, Sinbad is careful and patient, often cautioning Aladdin against some things he attempts to do. Their dynamic really works in the book, but unfortunately, this is also one of the primary drawbacks of Aladdin: Legacy of the Lost. All too often, everyone seems like they’re playing second fiddle to Aladdin, and are only there to help prop up the titular character. While at first glance it may seem like that’s the way it should be, I can’t help but feel as though this was a missed opportunity. Perhaps I have too much of the anime magi in my head, but with how little we get to see Sinbad in the story, it leaves you wanting a lot more, to say nothing of the Djinn and the mythology presented for them in this iteration. While it may seem unrealistic at this point, I hope Edginton and co. find a way to tackle a spinoff one day.

While the development of the supporting cast leaves something to be desired, the art does not. Patrick Reilly and Stjepan Sejic did a fantastic job with these fully painted pages. You can feel the passion on every page of Aladdin: Legacy of the Lost, and all of them feel like something I would want to hang on my wall or have as a screensaver – it’s that good. While this might be a stretch, I was often reminded of all the wonderful concept art that Ralph McQuarrie had done for George Lucas on the original Star Wars. With any luck, Hollywood will one day use his art to help produce the next iteration of Aladdin on the screen once the highly anticipated Disney adaptation has run its course. While this may take several years, every generation needs their own take on the character, and I really believe this could be the one for the next.

Aladdin: Legacy of the Lost is a fantastic depiction of a well-loved mythology. Despite a lack of development in the supporting cast, the great art and a new take on the material make this graphic novel a fantastic showcase for what the medium can do in the right hands. Hopefully, with the release of Disney’s Aladdin, moviegoers will be inspired to seek out Edginton’s take on this iconic tale.

Aladdin: Legacy of the Lost is a fantastic depiction of a well-loved mythology. Despite a lack of development in the supporting cast, the great art and a new take on the material make this graphic novel a fantastic showcase for what the medium can do in the right hands.