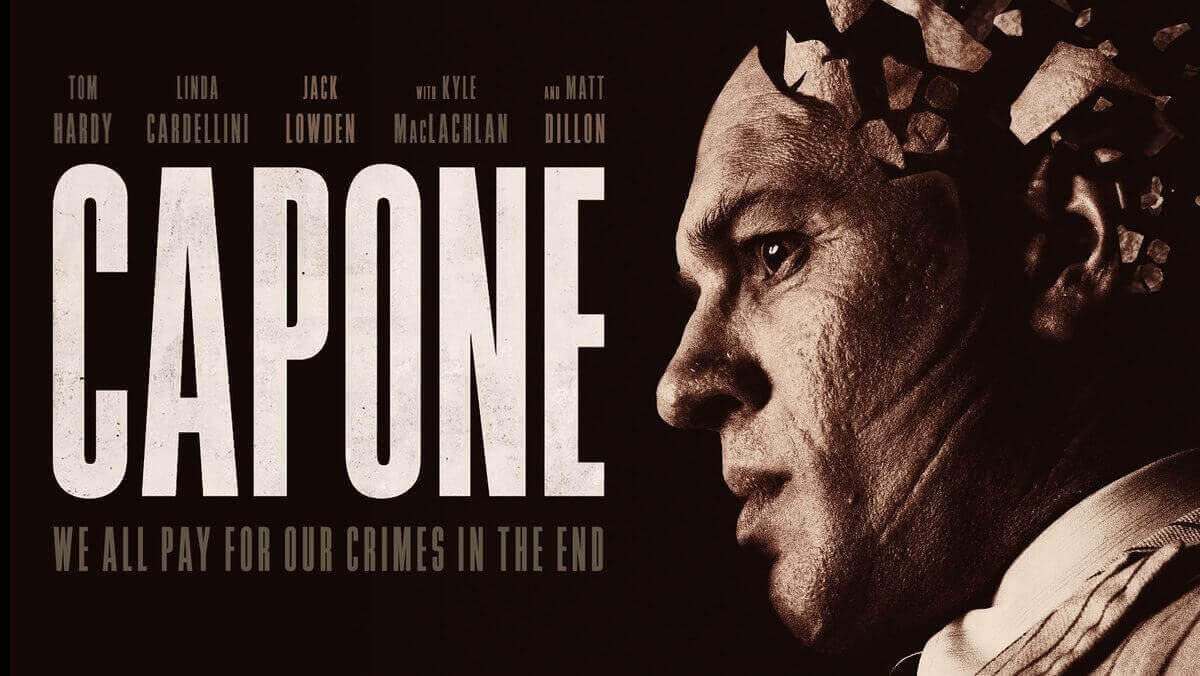 When Capone was initially announced, I was pretty excited. Ever since high school, the Prohibition era and the criminals who exploited the law, particularly Al Capone, have fascinated me. I’ve read his Crime Library entry far too many times to count and watched many of his portrayals on film and TV, like Robert De Niro’s version in The Untouchables and Stephen Graham’s fabulous iteration in Boardwalk Empire. When I found out Josh Trank was going to make his career comeback with a Tom Hardy-fronted film focusing on an era of the gangster’s life we hadn’t seen on screen, my curiosity was piqued. So, is this a worthy take on the Chicago kingpin? Let’s find out.

Capone opens on a Super describing Al Capone’s backstory as we see our titular character’s Palm Island, Florida estate. Capone then segue’s inside the house as Capone (called “Fonse” by his family) is walking toward his closet, a paranoid look in his eye. We quickly discover this is merely a game of hide and seek, as Capone relishes being the patriarch of the family. This is short-lived, however, as, amid various bathroom accidents and seemingly random screaming fits, Capone’s condition deteriorates; Capone’s wife Mae (played by Linda Cardellini) ultimately has to coach him on leading the family meal. As the film goes along and visions of his violent life begin to intertwine with his declining health, we see his family trying to figure out what to do next. They struggle to help the ailing gangster retain an image that the once-proud patriarch sheds with every moment, as everything that had once defined him is stripped away.  This idea is given particular resonance with  his iconic cigar, which is replaced with a carrot at the behest of his doctor. Meanwhile, in what becomes little more than a pointless subplot, the FBI works with Capone’s corrupt doctor to learn his secrets, particularly where he hid ten million dollars, something that Capone can’t figure out himself.

To say Capone had potential is an understatement. After all, how can you go wrong putting Tom Hardy in a gangster film? Yet there is this pervasive sense of mediocrity throughout the movie, similar to when you look at films like The Godfather: Part III  and the recent Martin Scorsese film The Irishman, both of which have something far more cogent to say than Capone. While dealing with a gangster who is losing his memory should be enough, this original conceit is taken to its most predictable – yet, somehow, incoherent – conclusion. It’s almost as though Trank tries to play the gangster’s greatest hits without actually focusing on all the things that make a story of his exploits compelling. The ambitious, charismatic, menacing figure viewers are used to is nowhere to be found, a man who’s lost control of his faculties left in his place with nothing new to add to the gangster film canon. The few moments of true tension in Capone are quickly squandered, as Trank prefers to focus on his lead character’s daily plight and his growing infantile behavior as his dementia worsens. This attempt at a character study would be fine if  every moment wasn’t so telegraphed to the point that the movie becomes boring to watch. Its 104-minute running time feels far too long, and Trank could have easily shaved off 10 minutes. 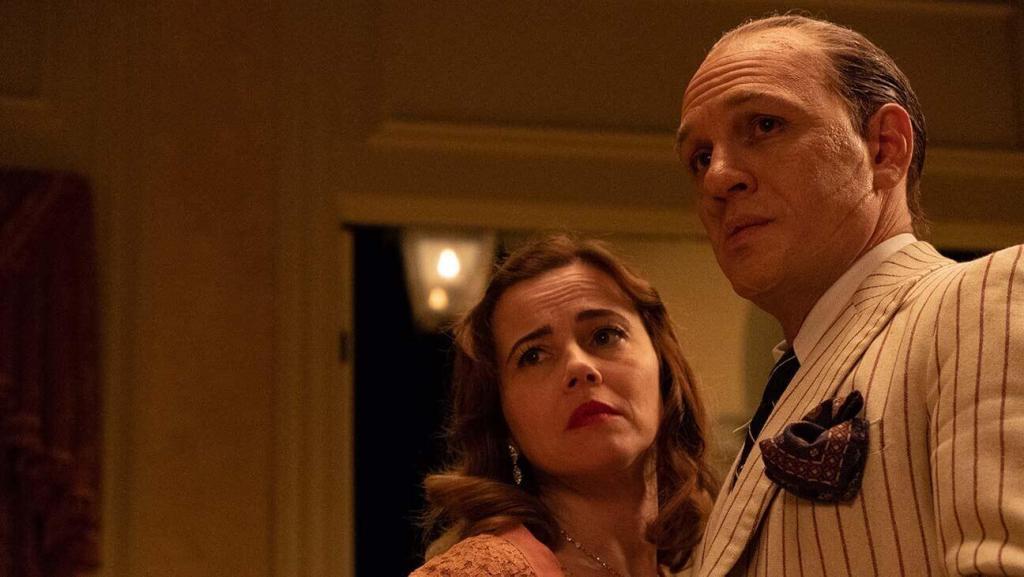 Hardy almost makes all of this worth it. When you watch a Tom Hardy performance, you never know what it’s going to be, whether it’s his stoic portrayal of the famous Road Warrior in Mad Max: Fury Road or his Jim Carrey-esque turn in Venom. With Capone, while he seems to mumble his way through the role at times, he gives just enough hints about what’s lying under the surface to make the audience question whether or not he’s faking his dementia the whole time, just as the other characters do. If it weren’t for the film’s laborious pace and uneven tone, it would almost be worth repeat viewings just to pick up all the little details Hardy weaves into the character. Most of the other performances feel perfunctory, with everyone else coming across as glorified extras. This is particularly true of Shameless’s Noel Fisher. There are subtleties in the way he plays what few scenes he’s in, but he’s not given enough material to truly shine in the part. Other performances of note are Linda Cardellini’s Mae – who really serves as the de facto head of the family as her husband declines – and, surprisingly, Matt Dillon. He’s only in a couple of scenes, but his chemistry with Hardy is electric.

Unfortunately, none of this makes up for Josh Trank’s lack of focus. As writer, director, and editor of this film, Trank had a lot of responsibility here. In interviews, the filmmaker talked about how much freedom he had on the film compared to his last directorial outing, Fantastic Four. Because of this, despite my ambivalence about him as a filmmaker, I was excited to see what he was going to do with Capone. Unfortunately, Trank’s enthusiasm for the process this go-round simply didn’t come across on-screen.  I’d almost compare Capone to a really high-budget student film. All that being said, I feel like there’s a good movie in here somewhere, and I honestly wouldn’t mind reading the script to see how and why it didn’t translate on the screen. If I’m being magnanimous, I’d say the film might have worked as a play or a limited series. Given the recent news that Hardy and Trank are working on a limited series about the CIA, I guess we’ll see how well he’s able to tell a story in that format, but I have little faith. 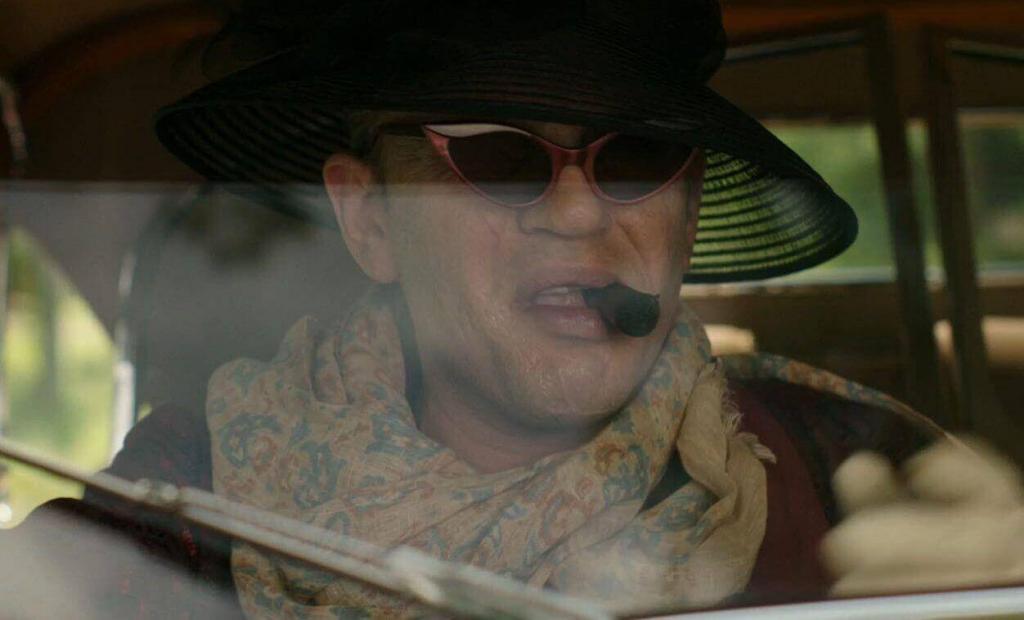 Ultimately, Capone falls short of its potential. An exceptional performance from Tom Hardy does little to keep this muddled mess afloat. Hopefully, Josh Trank will learn from this experience, and another filmmaker will decide to take on this chapter of Al Capone’s life and present it more coherently.

Ultimately, Capone falls short of its potential. An exceptional performance from Tom Hardy does little to keep this muddled mess afloat. Hopefully, Josh Trank will learn from this experience, and another filmmaker will decide to take on this chapter of Al Capone’s life and present it more coherently.

After Fant4Stick I have no faith in Trank as a director. At least with Rian Johnson I’ll give him credit for being able to direct his own IP, but so far Trank has failed at both.