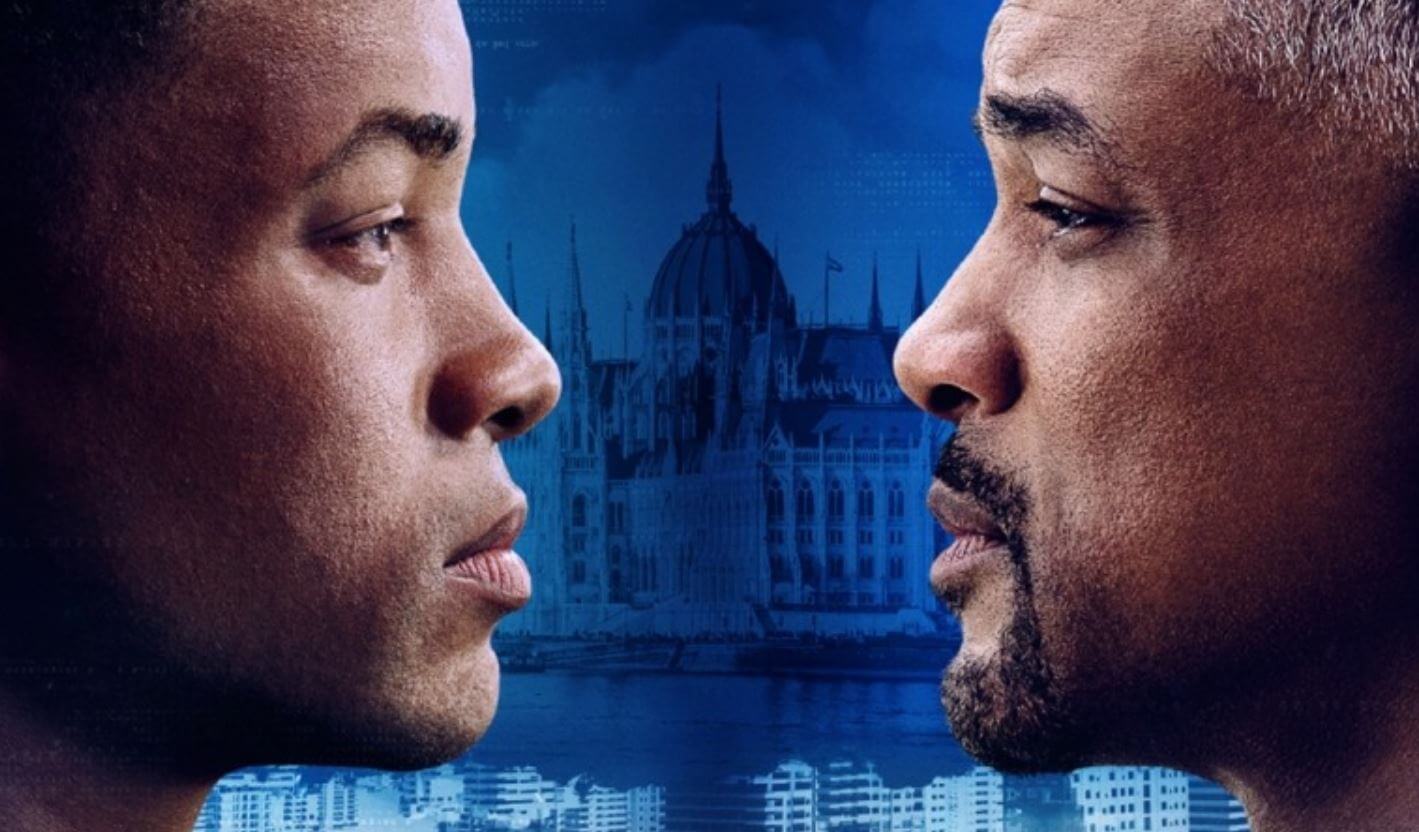 I was really looking forward to Gemini Man. I thought the trailers were pretty strong, aside from the odd usage of a slowed-down “Forever Young.” I love Will Smith as an actor when he picks his roles well, the cast overall was great, and Ang Lee was behind the camera. I thought there was no way this could go wrong. However, while Gemini Man isn’t terrible, it’s wild how a film with this much potential could be this mediocre.

As I said, the cast is excellent. Will Smith is pulling double duty as Henry and his younger clone, Junior. He does a solid job as the former, bringing a bit of world-weariness to the character, rather than his usual fast-talking comedic antics. His best work in Gemini Man is as Junior, though. Here, he shows a great depth of emotion. One particular scene, a verbal confrontation he has with Clive Owen that is in the trailer, really impressed me, as it really stirred up some emotions. He’s held back a bit by the script, but we’ll get to that in a bit. Mary Elizabeth Winstead does a fine job, although her character isn’t particularly interesting. She bounces off of Smith well enough, and she does a good job in her role as an agent surveilling Henry who gets swept up in this mess. However, her character doesn’t have much interesting to do. To make matters worse, she’s saddled with some exposition that holds the audience’s hand to a nearly insulting degree. Benedict Wong is in the film, and… yeah. He serves really one purpose: to shuttle us from place to place and crack some groaner one-liners. Clive Owen is okay as the villain, but he’s got a motivation that you can see coming from a mile away. As with Winstead, Gemini Man doesn’t give him much interesting material to work with. He does fine work, and he actually stands toe to toe with Smith in that scene with Junior that I mentioned, but again, he’s just not that interesting.

The plot of Gemini Man is straightforward, following Henry as he learns about things he wasn’t supposed to know. This, of course, puts his agency after him, and, by extension, his clone. Any twists and turns that are supposed to trip us up are pretty easily predicted several scenes before they’re revealed. Most of the best ideas are surface-level at best, and that’s super disappointing considering Ang Lee’s talent as a director. I often felt like the film was just washing over me in the theater because there was little intrigue. It sucks because this should be a film tailor-made for me. Gemini Man is a spy/espionage thriller with sci-fi elements, Will Smith, and action set-pieces. It often felt like the writers thought, “Hey, this is a cool idea, let’s put that in there,” and then never expounded upon their elements properly.

A prime example is the question of the ethics of cloning someone. The topic is mentioned, but Gemini Man barely explores it, and not in any meaningful way. We hear much about how Henry is tortured and haunted from his time as an assassin and soldier. However, we never really get to see that torture, outside of a few solemn looks. These would be perfect chances to expand upon the character and get us attached to him, but the script loves to just tell us rather than show us. The dialogue varies from standard to exposition-heavy to AWFUL one-liners. One scene features Winsted repeating essentially the same thing three times, just to make sure we stupid audience members understand it. A lot of the relationships are referred to through dialogue and rely on chemistry to sell them. And hey, Wong and Smith work pretty well together. But any moment where I’m supposed to feel any sort of emotion towards these relationships fall flat. This is because we only get a line or two to explain why I should care. Even in the case of the villains, we’re supposed to know Henry and Verris (Clive Owen) have an antagonistic relationship because Henry tells us stories. We don’t see the two of them interact until the final act. By that point, I really didn’t care about their rivalry enough to truly be invested in its conclusion. A lot of the emotional weight is saddled on Junior, but he’s also victim to the script because he’s just really not that exciting outside of the action until later. 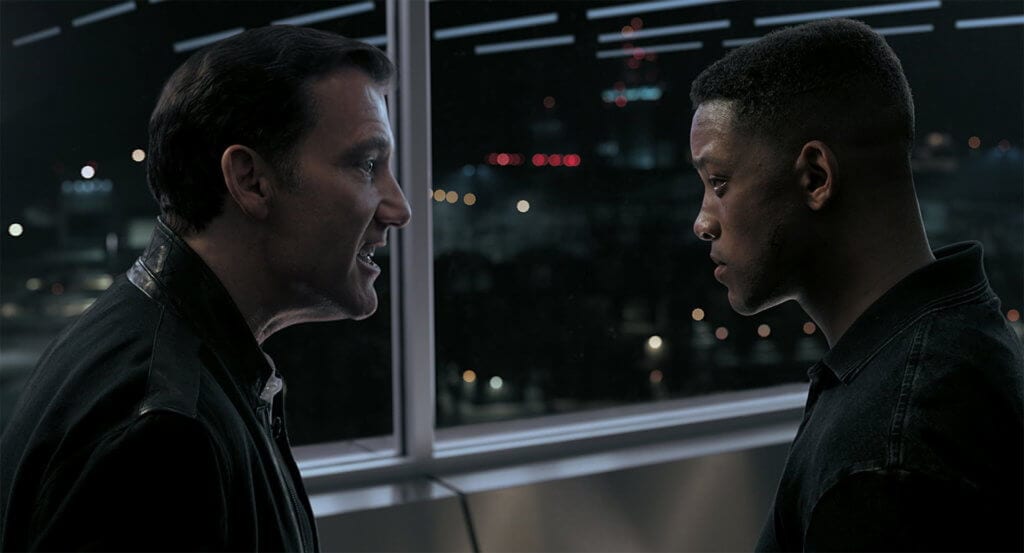 Speaking of the action in Gemini Man, it’s mostly well done all around. The first time Junior and Henry face off, its a cat and mouse game that’s actually surprisingly tense, with some excellent sound design. The gunshots and explosions are so crisp and booming that it’s quite immersive. This chase then transfers onto a motorcycle, which is in the trailer. This is also really well handled. Lee uses the geography well, distinctly showing us where each character is in relation to each other. This culminates in a very entertaining-if-ridiculous fight where Junior beats the shit out of Henry with a dirt bike. It’s all really well-executed and impressive to watch. However, the catacombs fight is decidedly lesser. The lighting is dim, so it’s a little tougher to see, but the biggest issue is actually the camerawork. There are many moments where the camera is too tight in on the actors as they fight, which really makes it a bit annoying to watch. I can tell the choreography is excellent, but it isn’t showcased very well. Still, you can see enough so that it’s not unbearable, but it’s frustrating nonetheless. The rest of the action is better, with the finale being pretty impressive. The shootouts are well-staged, and the final fight scene is really well covered. This scene has a lot more wide-angle shots, and the choreography is frenetic and hard-hitting. 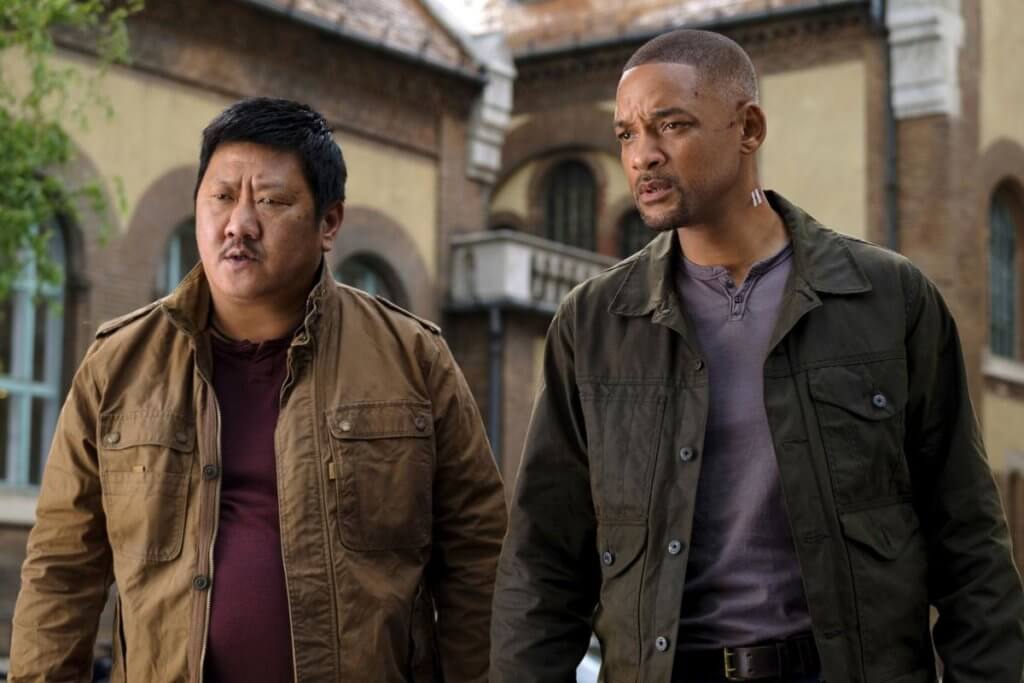 As an aside, let’s discuss the visual effects. Junior is brought to life by some of the best motion-capture in the business, by de-aging Will Smith and imposing him onto a stunt actor by the looks of it. For the most part, it looks pretty stunning and real, but the cracks start to show when Junior is in broad daylight. This is true especially at the end of Gemini Man, where it looks like they ran out of money. There’s also a person created entirely out of CGI, and while the tech has advanced since Blade II and other films of the like, it still does not look right, and we enter the uncanny valley on more than one occasion. Oddly enough, though, there’s not enough action, and I know I’m not alone in this feeling. Sure, there’s a short fight for Winstead’s character (which is a bit rough), but mostly it’s those couple of scenes.

The musical score is by Lorne Balfe, whom you might remember from last year’s incredible Mission Impossible: Fallout. His work here is good, amping up action scenes well enough, but this score feels a bit more forgettable, so I guess it really fits the film. As mentioned before, the sound design is pretty strong, with some really crisp gunshots, meaty punches, and booming explosions. I never had an issue discerning dialogue either (although sometimes I wish I didn’t hear some of the lines). Unsurprisingly, Gemini Man looks pretty great. Ang Lee usually puts out visually sumptuous films; even Hulk is visually appealing. I can’t comment on the high frame rate photography or 3D, as my theater wasn’t screening it in HFR. 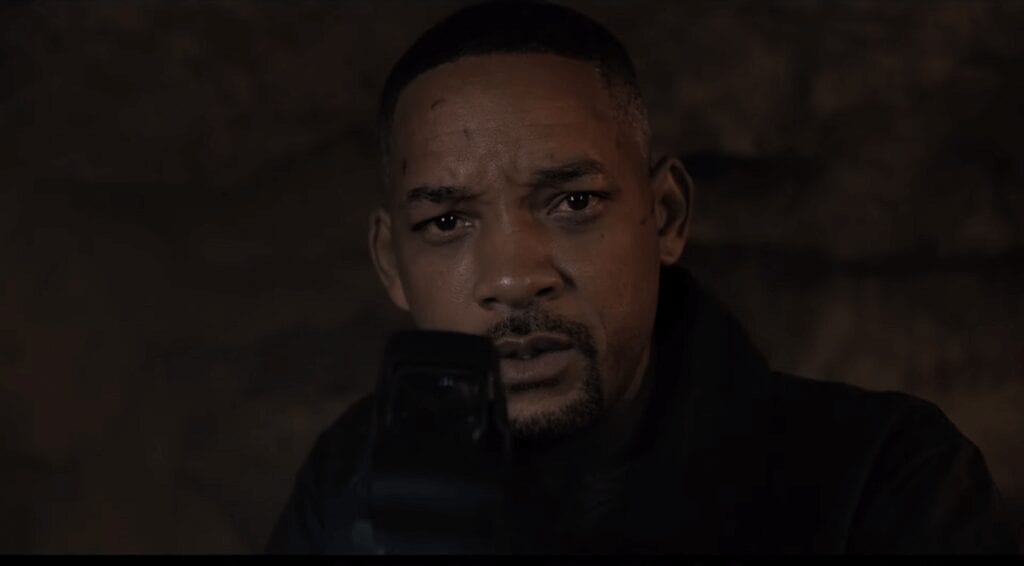 Overall, I’m quite disappointed in Gemini Man. I was hoping for a return to form for Will Smith, an intriguing plot with an exploration of its themes and ideas, and some great action. Well, I got a little bit of that, but I’m sad to say that, while it is technically most impressive, Gemini Man is a bust.

What did you think of Gemini Man? Let me know in the comments below! Follow Geeks + Gamers and stay nerdy, everyone!

Gemini Man squanders an interesting premise and able talent with an anemic script in a film that's carried by its solid action set pieces.