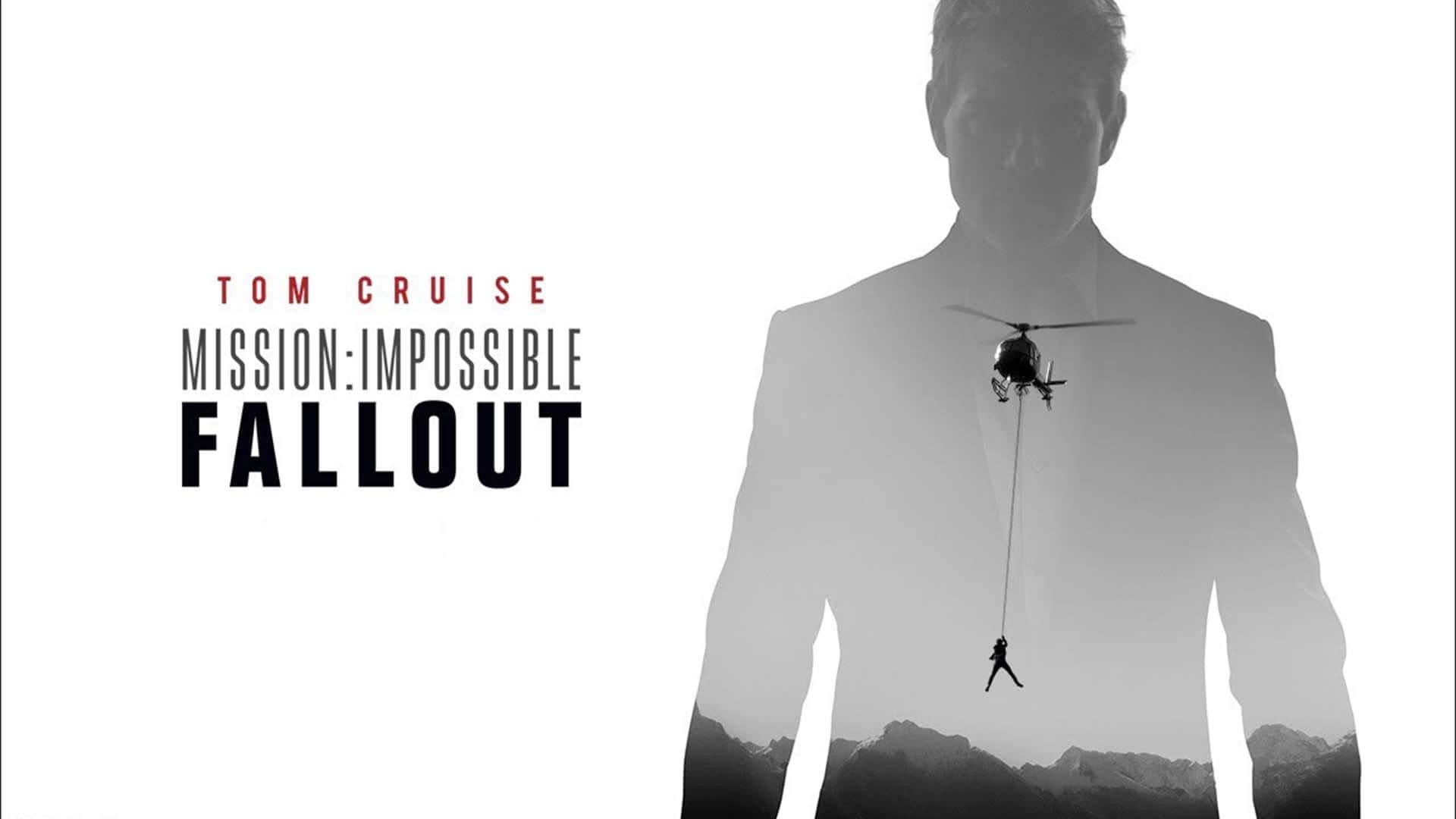 Mission: Impossible – Fallout is filled to the brim with excellent performances from its immense cast. Tom Cruise delivers what might be his best turn as Ethan Hunt – possibly one of his best in anything since Collateral – and I don’t just mean in the action scenes. He sells the despair, the intensity, and the drive of Hunt. Cruise had me choked up and experiencing feelings I hadn’t felt since Mission: Impossible 3.  Henry Cavill does a fantastic job as August Walker (the most American name in the history of names). He plays off of the rest of the cast strongly, with his best scenes shared with Cruise. He also has an incredible presence on screen; he’s physically imposing, and he gives it his all in every action scene. He’s playing against type, and because of that I’m excited to see what he does next. Sean Harris reprises his role as baddie Solomon Lane, and he’s even better here than he was in Rogue Nation. He’s sinister, creepy, and he’s now physically imposing. He looks like he would murder you in a split second and not feel an ounce of remorse, and has several standout moments in the film. The rest of the cast – including Simon Pegg, Rebecca Ferguson, Ving Rhames, Michelle Monaghan, Alec Baldwin, and Vanessa Kirby – are FANTASTIC. Of the supporting players, however, I think the two best were Rhames and Kirby. Rhames leads one of my favorite, and most emotional, scenes in the entire franchise; I’ve never seen him emote that much, and he genuinely moved me. Vanessa Kirby is a relative newcomer to me. I’m aware of her show The Crown on Netflix, but I’ve never watched it. After seeing her in Fallout, I’m definitely interested in checking out her other work. She’s beautiful, deadly, and plays her role with intelligence and wit.

The plot of Mission: Impossible – Fallout is also strong, possibly the strongest overall narrative in the franchise. It boils down to Hunt losing plutonium to a new terrorist cell called the Apostles, and his mission to reacquire them. By losing the plutonium, the CIA sees fit to impose an agency shadow to ensure Hunt gets the materials back. Twists and turns follow as the thrilling plot gets more complicated. Are there aspects of this story that we’ve seen before, even in other entries of the Mission: Impossible franchise? Yes, but never executed this well. The sense of urgency that McQuarrie builds throughout Fallout’s runtime is commendable. McQuarrie also does a great job with the stakes of the film; I never for a moment doubted the danger that Hunt, his team, and the world were in, especially once the final act begins. Every time it seems like Hunt’s crew have a shot at winning, another monkey wrench is thrown their way. The biggest moments are led by two twists, both of which I admittedly saw coming. (To be fair, I see A LOT of films.)  However, the executions of those twists are going to rock the general audience’s socks off. McQuarrie also does a good job of bringing back threads from previous Mission: Impossible films, mostly involving Ethan’s wife, Julia. The part she has to play in this film, and the handling of that story is pure beauty. The way McQuarrie crafts genuine emotion between the characters isn’t really something we get in action films anymore. Most of the time, it feels like the least screen time goes to these kinds of dynamics and plot points in favor of more action sequences. The reason why these scenes are important is that they strengthen not only the relationships that these characters have with each other but the relationship we as audience members have with them. This leads to every action scene being all the more intense because we don’t want to see any of these characters get hurt or worse. It’s so refreshing to see that action writer/directors still understand that.

The action sequences in Mission: Impossible – Fallout are absolutely mind-blowing. When I was in the theater, I was consistently gasping and cheering, something I don’t do a lot with action films nowadays. The HALO jump is easily one of the whitest-knuckle sequences I’ve ever seen, and the fact that it’s practically one long shot really adds to that; that it’s all real also astounds me to no end. That’s followed up by an all-time great fight scene in a bathroom, perfectly edited, shot, and performed, with some amazingly meaty sound design. It sucks that there’s a good bit of that fight spoiled in the trailer, but that didn’t diminish my enjoyment of it. We also get one of the finest vehicle chase scenes in cinema history with the motorcycle chase, which one-upped the motorcycle scene in Rogue Nation. This is followed by a car chase, a foot chase, jumps, falls… you get the point. Mission: Impossible – Fallout is chock full of some of the greatest action/stunt scenes of all time. The most impressive aspect, however, might be that Fallout is never exhausting. McQuarrie expertly gives you just enough time to recoup from the last scene before hitting you with the next, consistently keeping your adrenaline pumping without the fireworks becoming inane. This is incredible, especially because it feels like much of the 140-minute runtime is spent on these scenes. In a film like Transformers, we’d be bored because the last hour (or more) winds up being little more than just CG smashing against CG. The practical stunts keep the action fresh, as it always feels like Hunt and his team are in mortal danger, especially in that finale, which had me breathless. Helicopter duel? With Cruise doing his own flying? This is just unreal.

The musical score by Lorne Balfe is STELLAR. Not only does Balfe exemplify and drag the epic nature out of the film’s action scenes, but he also magnifies the quieter moments. I found myself bouncing in my seat, drawn deep into the film and immersed in it with the music blaring all around me. As an aside, I have to say that Balfe’s rendition of the Mission: Impossible theme, “Fallout,” is my favorite version of it. It’s grandiose, it’s badass, and it’s perfect. The sound design is also top notch, with some of the most powerful gunshot effects, hard punches, and throaty engines blaring. It really drew me in and had me feeling like I was in the thick of the action. The cinematography is terrific, with excellent use of shadows, mounted vehicle cameras to showcase the very real stunt work, and gorgeous vista shots. It’s particularly effective in those action scenes, where they endeavor to show us as much of the action as humanly possible. Mission: Impossible – Fallout is also full of long takes, whether it be the HALO jump, the vehicle chases, or Cruise’s trademark running scenes.  I was truly blown away by the look of this film. 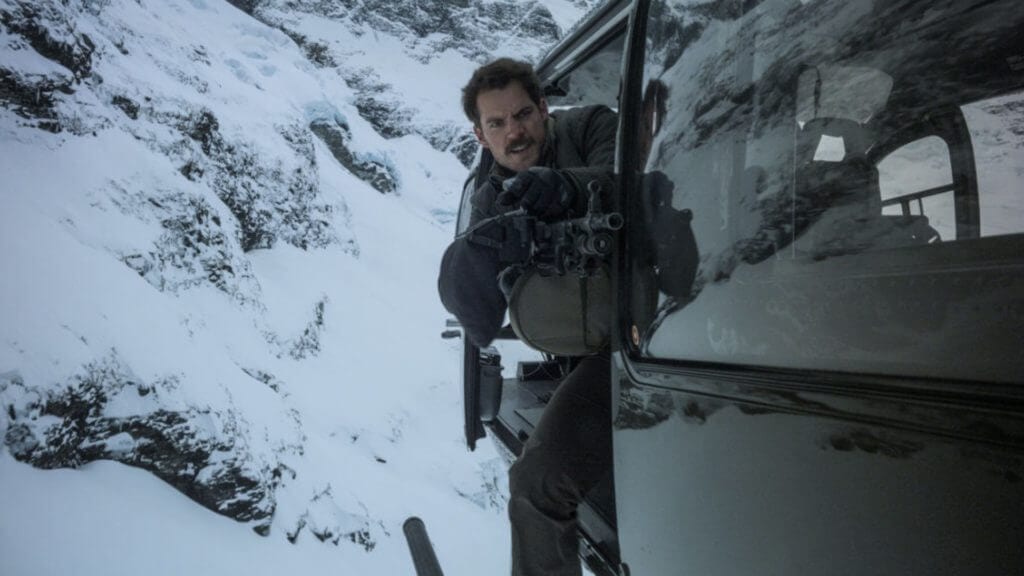 Do I have any real issues with Mission: Impossible – Fallout? None that ruin the experience. Like I said, I saw two of the big reveals coming, but it didn’t take away much from the film, because I was more intrigued by how Hunt and Co. were going to figure them out. One of those reveals, in particular, adds to some of the scenes, eliciting in me a hint of dread. I will say that the new antagonist could have used a little more backstory, but again, it doesn’t drag the film down all that much. Beyond that… there’s really nothing.

Mission: Impossible – Fallout accomplishes the impossible by becoming the franchise’s best entry, six films deep. It’s got some of the greatest action of all time, fantastic character moments, the strongest MI plot yet, and some great antagonists. If you are a fan of this franchise or action movies in general, please go out and support this film. Vote with your wallet and tell studios that we want action of this quality, not that shoddy Taken stuff.

What did you think of Mission: Impossible– Fallout? Let me know in the comments below! Stay nerdy everyone!

Mission: Impossible - Fallout is not only the best in its franchise, but one of the best action films ever made, filled with setpieces, great characters, strong villains, and the best plot in the series.