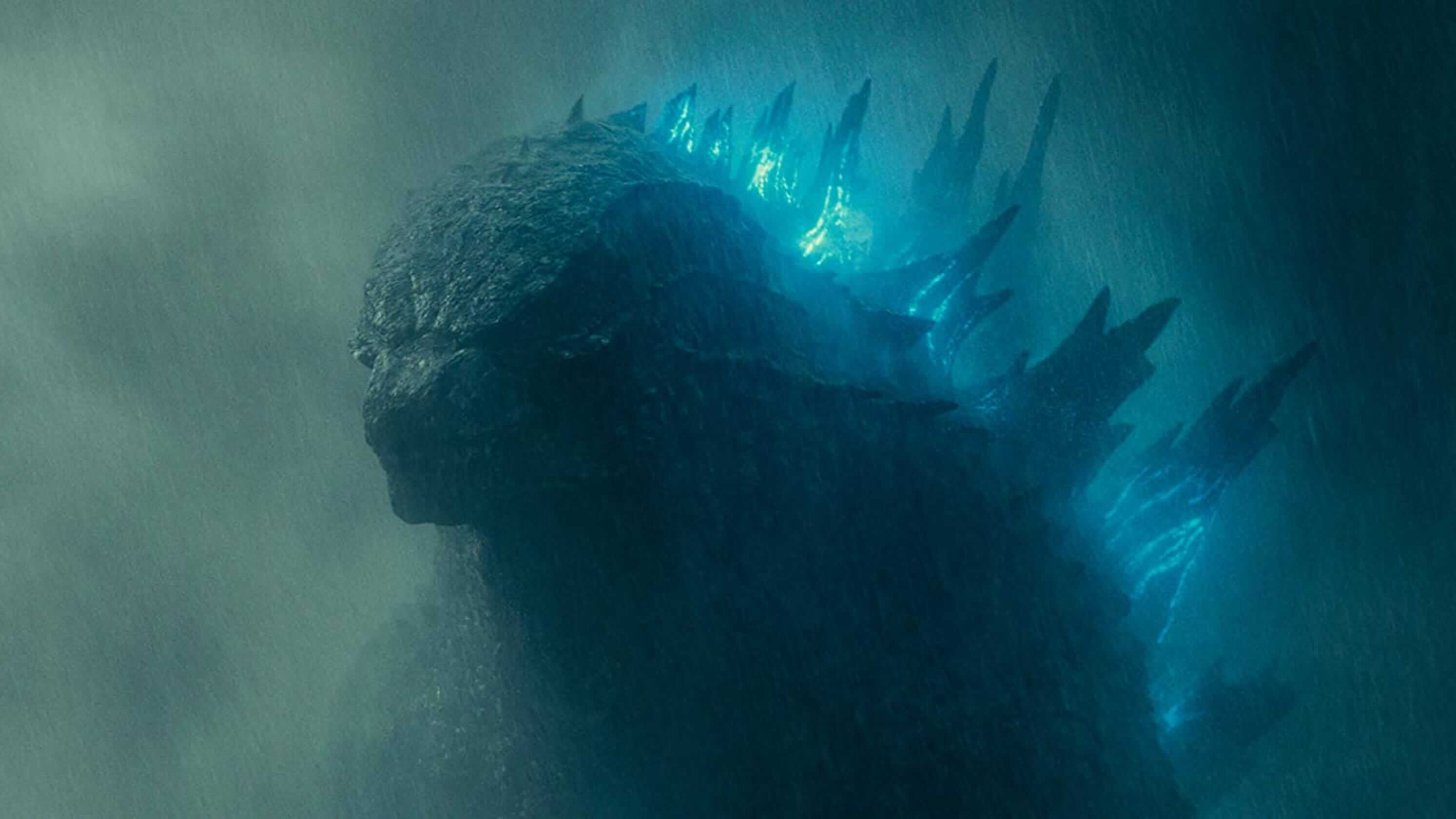 I’ve always been a big fan of Godzilla. I remember watching the older movies growing up and enjoying how silly they were. Godzilla had plenty of personality despite not being able to talk, and he always made me laugh. When Godzilla was brought back in 2014, I felt like they did a good job of reinventing the character. This version looked great and acted like the apex predator he was advertised to be. A common complaint about that movie was that there just wasn’t enough Godzilla in it. I never agreed with that outlook because they used the concept of “less is more” to great effect. It gave the final fight a uniquely rewarding feeling and made it a great cap to a good movie. When making Godzilla: King of the Monsters, it looks like they took that complaint seriously because, structurally, it’s the complete opposite of the previous film.

Godzilla: King of the Monsters follows the organization Monarch as they continue to track down and study more Titans like Godzilla. They’ve developed a machine called the Orca, which emits a frequency that the Titans can understand. While examining a new Titan named Mothra, Monarch is overrun by a group of eco-terrorists who take the Orca and kidnap one of their scientists. They plan to use the Orca to awaken the remaining sleeping Titans to restore balance to the world. When Ghidorah is awoken, it’s up to Godzilla to defeat it.

This story is a complete mess. I know a lot of the casual audience is going to watch Godzilla: King of the Monsters primarily for its giant monster battles, but that’s no excuse for how poorly written the film is. The motivations for most of the characters are absolutely ridiculous and are only topped by some of their choices. The characters make terrible decisions that took me out of the movie several times. There’s even a sequence involving the military and these eco-terrorists where one of our main characters should’ve died, but they chose not to shoot him for a reason that’s never explained. I wanted to see the monster fights as much as the next person; I just wish there was a competent movie that got us there. 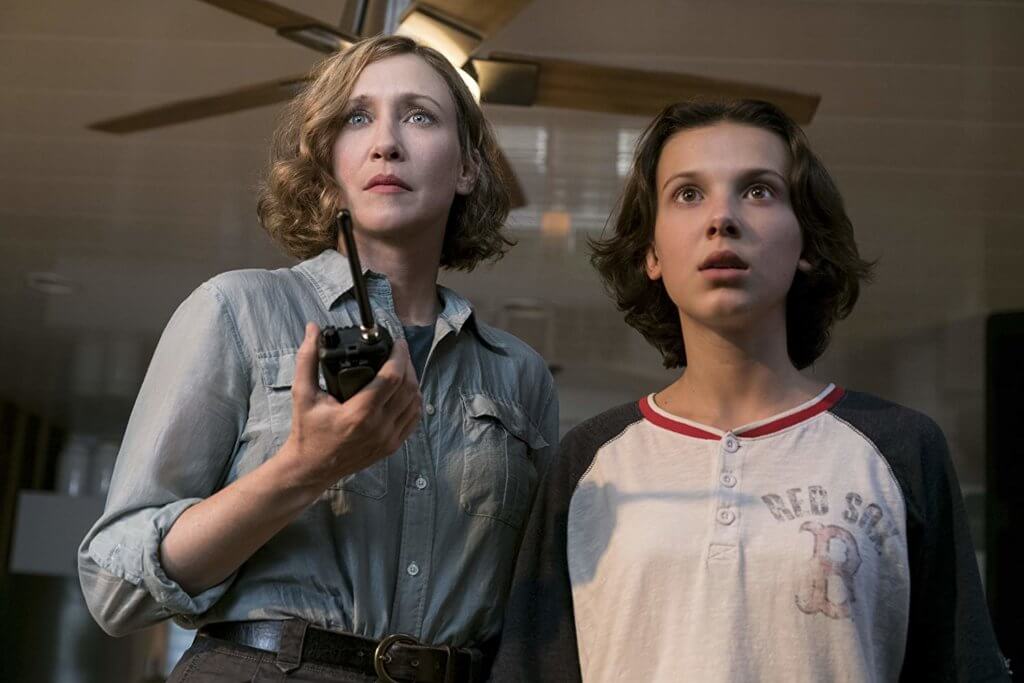 The dialogue is pretty bad as well; honestly, there’s barely any real dialogue at all. Most of the lines in Godzilla: King of the Monsters are exposition and contribute very little to the plot. All of the characters are one-dimensional and fit very specific archetypes. This is a waste of a lot of acting talent, as the cast is filled with actors that have done some great work, but they’re reduced to cookie-cutter characters that could’ve been played by anyone. There are times when it’s clear that the actors are trying their best to make the material more than what is, but they can’t.

Despite this, there are still some pretty good performances in Godzilla: King of the Monsters. Milly Bobby Brown gets more room than most of the cast to flex her acting muscles; she brings some dramatic moments that are well-acted but fall flat because of the material. Ken Watanabe is great as Dr. Serizawa; he brings this sincere love for the Titans that makes his character arc stand out. Bradley Whitford and O’Shea Jackson Jr. carry the comedic side of the film with moderate success. Everyone else is just there. It’s a shame because a cast like this deserves better material. 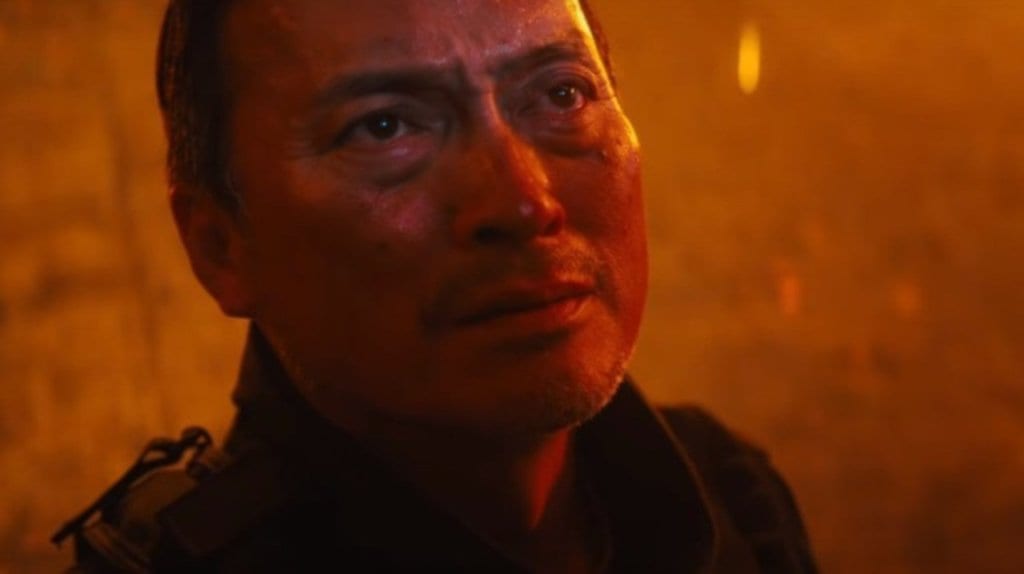 The monsters are brilliant, though. Godzilla looks better than ever. He’s one of the most iconic characters in film, and they do a good job reminding you why. He has mannerisms that give him a personality. He fights with this sense of cockiness, like he knows he’s going to win, and I love it. The other monsters are also great. Ghidorah’s design is amazing; he looks so menacing, and the way they use lightning around him creates a visual spectacle. Rodan’s introductory scene is one of my favorites in the entire movie. Mothra has always been my favorite kaiju, and I feel like they nailed her design perfectly. She also gets to show a lot of personality in the limited amount of time we actually see her. I love how she’s visually portrayed as this divine being, and the way the sky lights up whenever she flies is beautiful. When she does fight, she gets a few great moments. I just wish other kaiju got more screen time. We get to see a bunch of them appear all around the world, but none of the others get involved in the action.

Even from a directing standpoint, the monsters feel like the only thing any of the filmmakers cared about. The fights are well choreographed and visually live up to expectations; once again, it is the story element that is mishandled. Godzilla: King of the Monsters is badly paced and awkwardly edited so that a lot of what’s going on is unclear. Characters die and are forgotten about in a single scene. There’s even a moment where someone is standing right next to our characters as they try to carry out their plan; when something goes wrong, he chimes in and lets them know the plan won’t work because something even more important went wrong earlier. I don’t know why he would keep that information to himself the entire time when it was the most important aspect of the mission. It’s an unforgivable scene that a competent director would’ve made sure didn’t make it into the film. 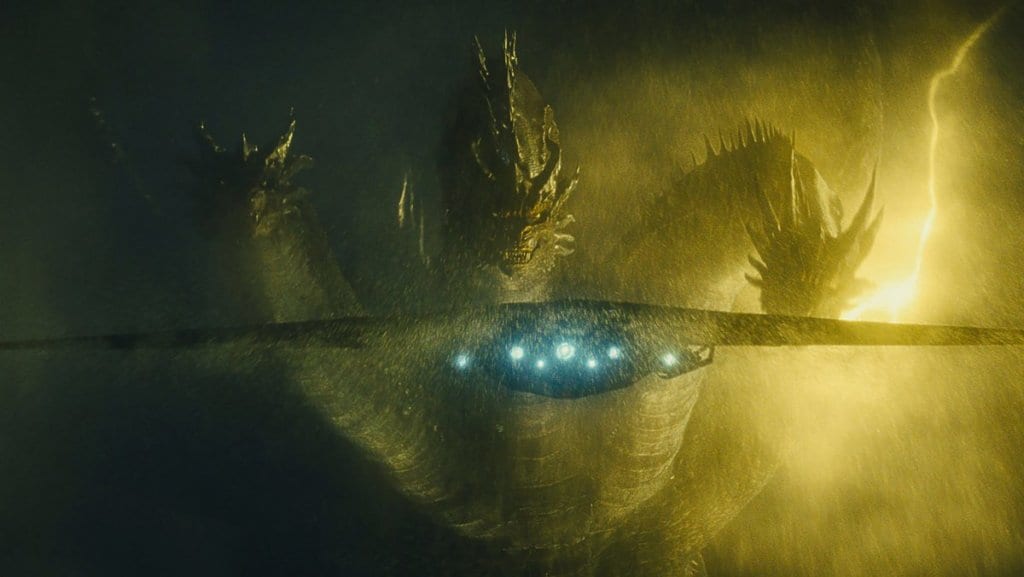 Godzilla: King of the Monsters is not very good. If all you care about are the monster fights, then you will likely enjoy a lot of the movie. If you care about story and characters, then you’re most likely going to leave the theater disappointed. While the kaiju fights are great, it’s a chore to watch the rest of the movie. Watching this made me appreciate the John Wick series a lot more. That’s another franchise where the action is the focus, but at least they took the time to craft a compelling narrative around it. I just hope the next Godzilla movie is a lot better.

Godzilla: King of the Monsters

Godzilla: King of the Monsters brings all of the monster mayhem but leaves everything else that makes a good movie behind. A CGI spectacle can't save a script this bad.