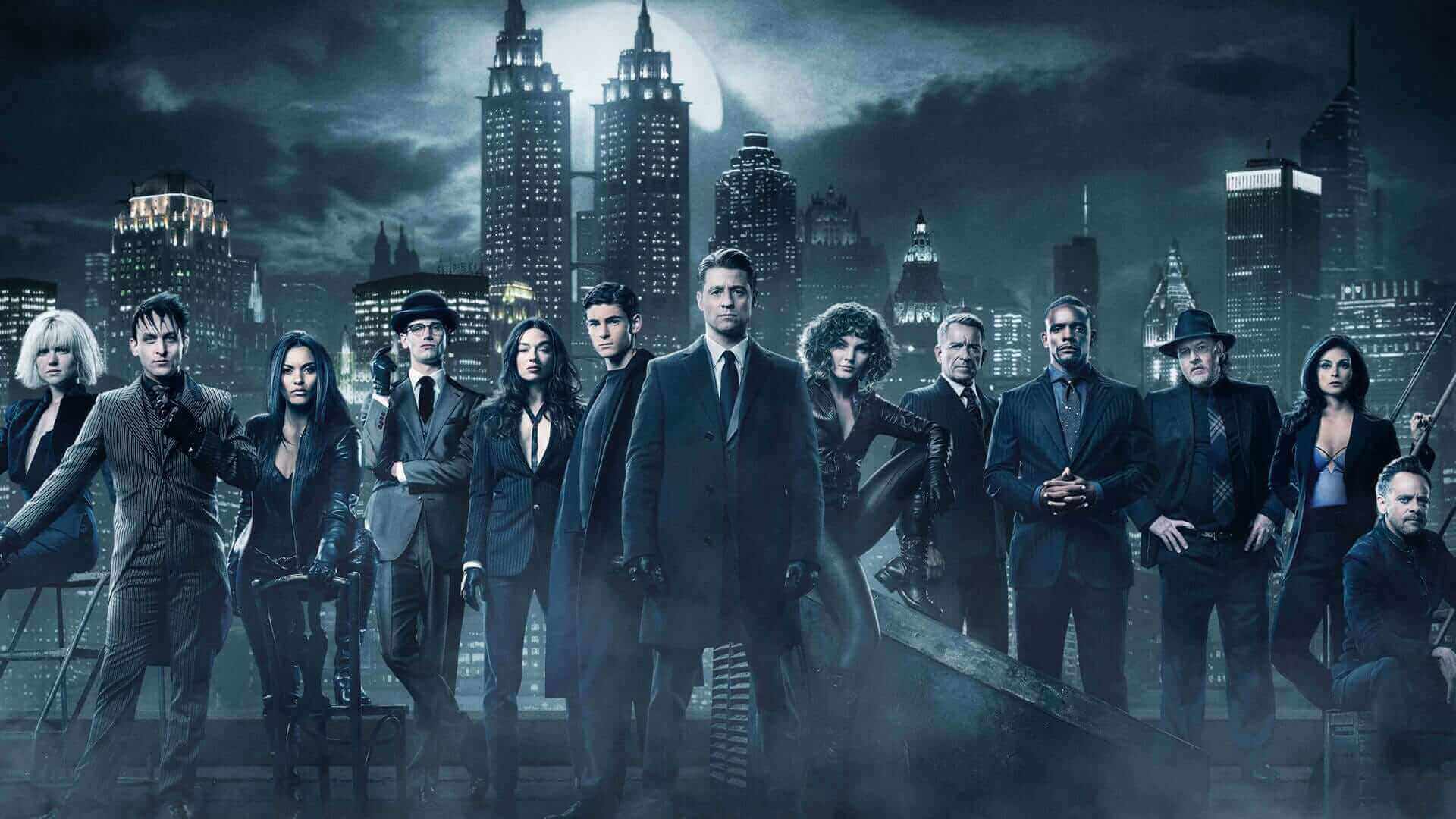 In many ways, I felt the season 4 finale of Gotham had bought many of the series’ arcs to a close, most notably with Bruce and Gordon standing together at the end, repeating the line Gordon had told Bruce in the pilot. So when season 5 was announced as a final chapter, I was incredibly intrigued about how they were going to save Selina and reunite the city after “No Man’s Land.” Giving the premiere a title like “Zero Year” was even more intriguing. Despite an initial reticence given how they had just adapted a similar story with Year One, I really liked how the Court of Owls story was executed in season 3, so I was curious how they were going to translate this fellow New 52 storyline.

This final season premiere opens 391 days into No Man’s Land; the city is in disarray, but to the Riddler, aka Ed Nygma, it initially seems to be just another day. While Nygma doesn’t have a big role in “Zero Year,” it is clear that the final battle between the former CSI’s two personas is about to begin. After a brief scene with the GCPD (along with an assist from Penguin and The Riddler in what is no doubt a temporary truce) opening fire, we flash back to 87 days into No Man’s Land and Gordon is begging for the help from the government. In the course of this exchange, we are treated to a scene I like to refer to as “table setting,” which is where we find out where all the main players are this season. These types of scenes can easily fall into cliché, but in this case, I felt it was done effectively. I was particularly pleased with the mention of Crane, who I felt had drawn the short straw over the course of the series.

Another highlight of “Zero Year” for me was Penguin at City Hall. Gordon knew how ludicrous it was, yet at this point in the series, I wouldn’t have it any other way. I’m looking forward to his inevitable showdown with Tabitha, who, understandably, still has a lot of anger over Butch’s death. I loved seeing her give the people of Gotham a hard time, and I’m glad that, as a result of No-Man’s Land, she and Barbara got to come full circle and were back in a position of power. I’m seriously going to miss the Barbara, Tabitha, and Selena scenes, but the latter will have a meaty arc this season as she deals with the idea of being paralyzed from the waist down, for which she’s blaming Bruce.

Along with carrying that guilt, Bruce goes head to head with Scarecrow, who steals medicine from the hospital. But the power is out, so that means “Zero Year” gives us a look at another proto-bat gadget; this time, it’s night vision (or should I say bat-vision) goggles. Although he doesn’t succeed in stopping Scarecrow, Bruce remains undeterred in helping Gotham, volunteering to call in a helicopter, despite the government putting a sanction on anybody going in or out of the city. Of course, the chopper goes down, and a fight ensues with Penguin over the supplies, which culminates in the death of Tabitha. I’ve been following Lucas’s career for several years since she appeared on the short-lived CW dramas Melrose Place and Cult. I was delighted when she was cast in season 2 of Gotham. But, this being the final season, it stood to reason that someone would go early on, and in the wake of Butch‘s death, Tabitha was the likely choice. I can’t wait to see what Lucas is going to do next. While I’m sad that she’s gone, I took solace in that Harley Quinn tease near the end

It is also during the final battle of “Zero Year” that we get to see arguably two character arcs culminate: Bruce’s need to be seen as an equal to Gordon and the Gordon-Penguin relationship. The latter has been particularly enjoyable for me throughout the show. Right from the end of the pilot, when Gordon helped fake Penguin’s death, the legendary Gotham villain has had a pathological need to do right by the future police commissioner, often letting him go when he should have killed him, devout in his belief that Gordon would eventually see the light. Yet desperation can often breed contempt, as Gordon shoots him in the leg, the same leg that he had finally fixed earlier in the episode, thus dooming him to live up to his moniker. It is also in this moment where we get a reminder of how far Gordon has come, no longer the rookie detective who saw things in black and white but the captain who went to jail for the murder of Theo Galavant and colluded with the Falcones. He sees things in Gotham in shades of gray now, and, despite his initial misgivings, after witnessing Bruce’s actions in the crisis, he tells Bruce to just ask the next time he wants to help.

Therein lies one of the big problems with “Zero Year,” and the show as a whole. Ever since Gordon tried to hand in his badge to Bruce in season 1, the relationship can often feel forced. While I liked the idea of both Gordon and Alfred serving as Bruce’s mentors, it just rings false to me. Perhaps the rather cheesy dialogue has something to do with it. Don’t get me wrong; the cheesy dialogue has often been a part of the series’ charm. But in some episodes, it’s hit or miss, and it’s definitely a miss here. That being said, writer John Stephens’ story is very well structured and leans into the melodrama that Gotham does so well. It’s also well directed, with Danny Cannon emphasizing the decay of the city.

Ultimately, “Zero Year” is a good start to the final season of Gotham. The producers do a great job of bringing certain characters full circle, and I can now see the implications of the title, with Bruce’s ascension to a place of importance in Gotham’s future. The table is now set for what is sure to be a fun final chapter in this Batman prequel saga.

"Zero Year" is a good start to the season. The producers do a great job of bringing certain characters full circle, and I can now see the implications of the title, with Bruce’s ascension to a place of importance in Gotham’s future. The table is now set for what is sure to be a fun final chapter in this Batman prequel saga.