Arc System Works has recently released a new entry for their flagship franchise and it has been the talk of the FGC these last couple of months. 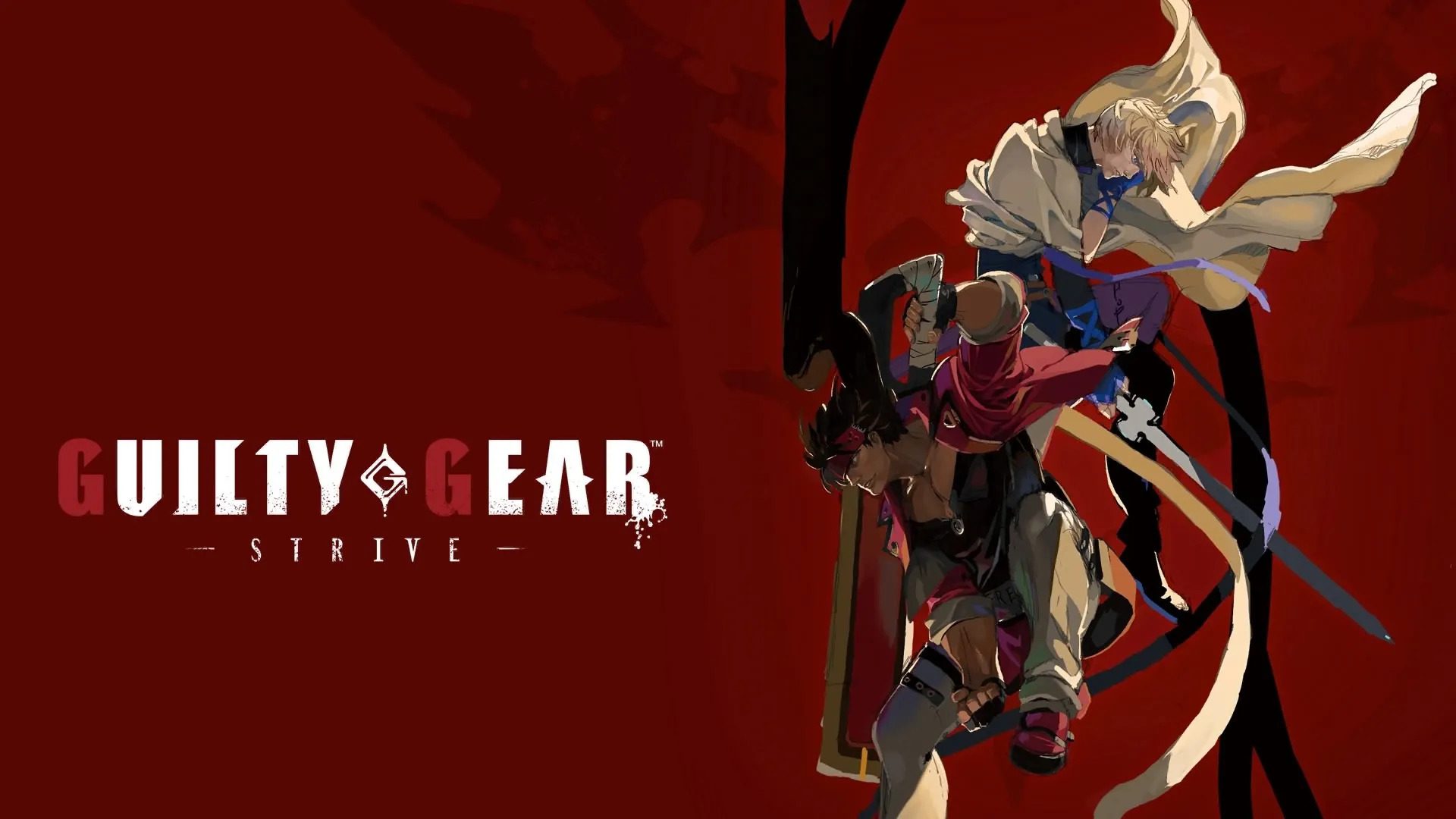 Released on June 11th, 2021, Guilty Gear -STRIVE- and its first season is dominating the FGC’s online scene. The COVID-19 situation hasn’t stopped the indie fighting game from becoming ArcSys’ most successful title, with 500,000 units sold across PS4, PS5, and Steam. With more than 30,000 active PC players at its peak, it has even surpassed the Street Fighter V and Tekken 7 statistics. 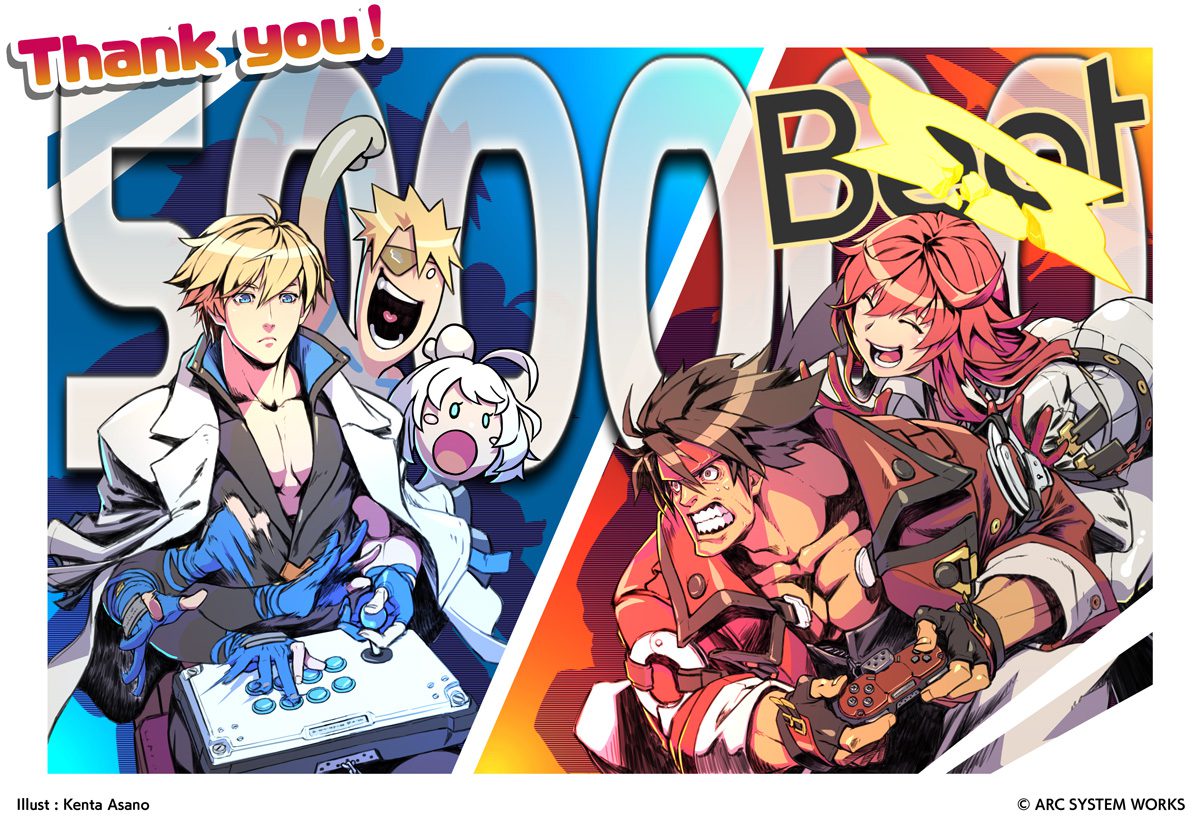 Strive mixes new elements without losing its identity, drawing from the now-legendary predecessor, Guilty Gear Xrd, and the smash hit Dragon Ball FighterZ. The game looks gorgeously amazing; there are no other words for it. ArcSys knows how to revolutionize the look of anime fighting games, and it has accomplished it with every single release so far, including this one. The rollback netcode is a buttery smooth dream with seamless matches around the globe. Yes, if you like fighting games, this is a must-buy, but let’s dig further into what the game has to offer.

Let’s put it this way: I dare you to find a better-looking game in any genre. There’s probably a couple, but it will take you some time to find them. Regarding the superb animation, the only non-Arc System Works recent fighting game I can think of that can compete is Arika’s Fighting EX Layer (2018). Killer Instinct (2013) and Samurai Shodown (2019) look good, but not this good. The cherry on top is how this beautiful game is even less resource-demanding than even Fighting EX Layer, which PS4 and PC players will certainly appreciate.

However, there’s a visual aspect I didn’t like. The HUD and the game’s UI are both minimalistic and annoying. Both have a simplistic feel to them on the discrete and small side. This makes it easier to miss and/or pay attention to. On the other hand, the combo counter and other displays are huge, adding noise to the already highly detailed and frantic battles. Maybe this choice was made to help newcomers familiarize themselves with fighting game concepts and opportunities, but I think they overdid it. You be the judge. 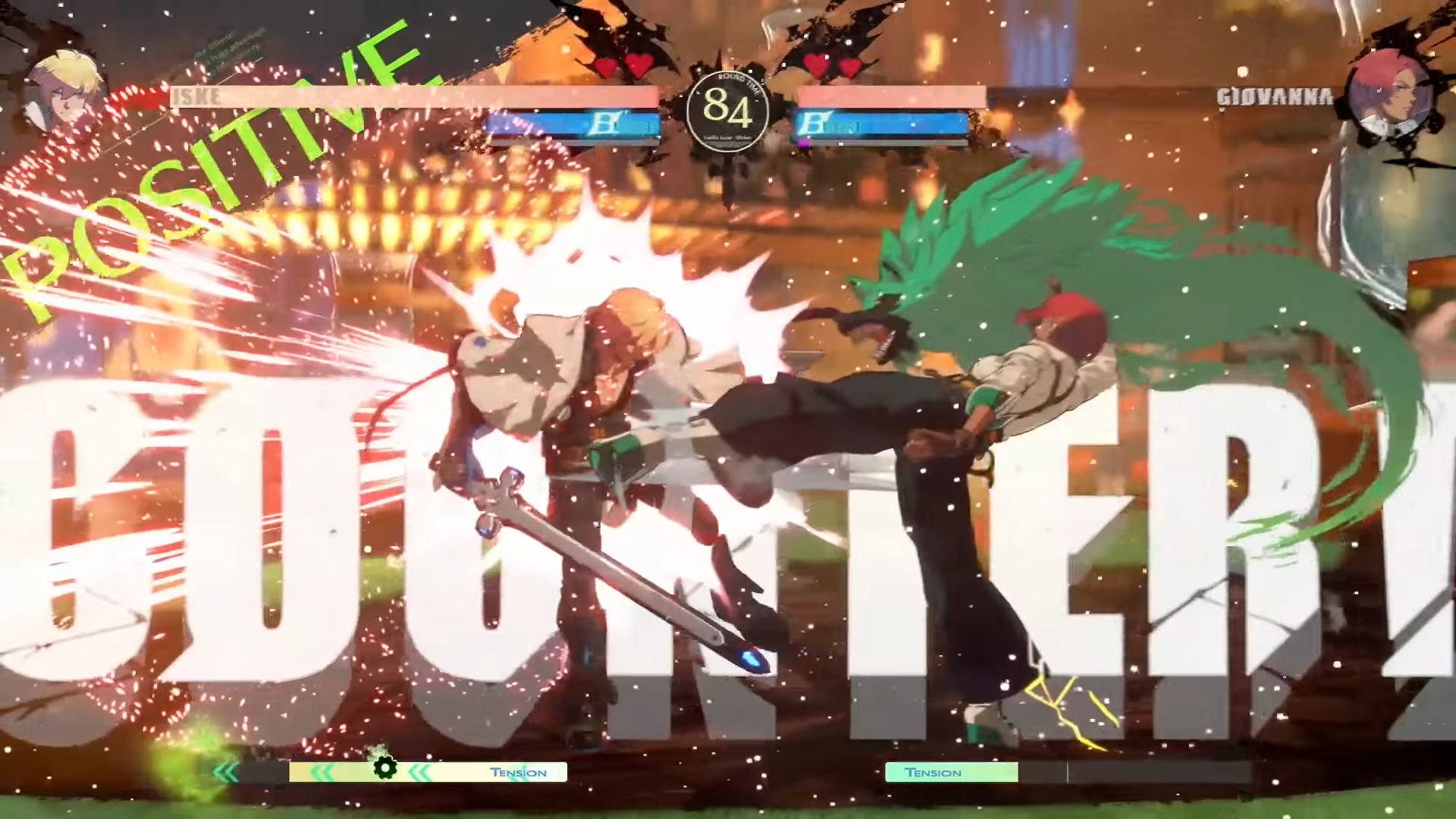 Daisuke Ishiwatari, the creator of the franchise and the composer of its music, delivers an excellent heavy metal soundtrack, unlike the previous Guilty Gear ones, with a lot more vocal performances and memorable songs you’ll be humming hours after you stopped playing the game. The only downside I see, specifically for PC players, is that the new soundtrack is not included like it was with the previous ArcSys fighting games up to Guilty Gear Xrd -SIGN- and BlazBlue Cross Tag Battle (as an early purchase bonus). PS players who pre-ordered the limited edition did get the OST and some other perks like exclusive colors for the characters. PC gamers can only buy Strive’s main theme as a DLC on Steam.

The story mode, like Guilty Gear Xrd before it, is an hours-long CGI movie. This has been a contention point because of the lack of interactivity one could find in titles like the Injustice and Mortal Kombat series. I really do not see an issue with this since, if you want to play the game, there are more than enough options just to sit and get into as many matches as you like. If you want to dive into the lore, get some popcorn and a soda because you just got a free movie! 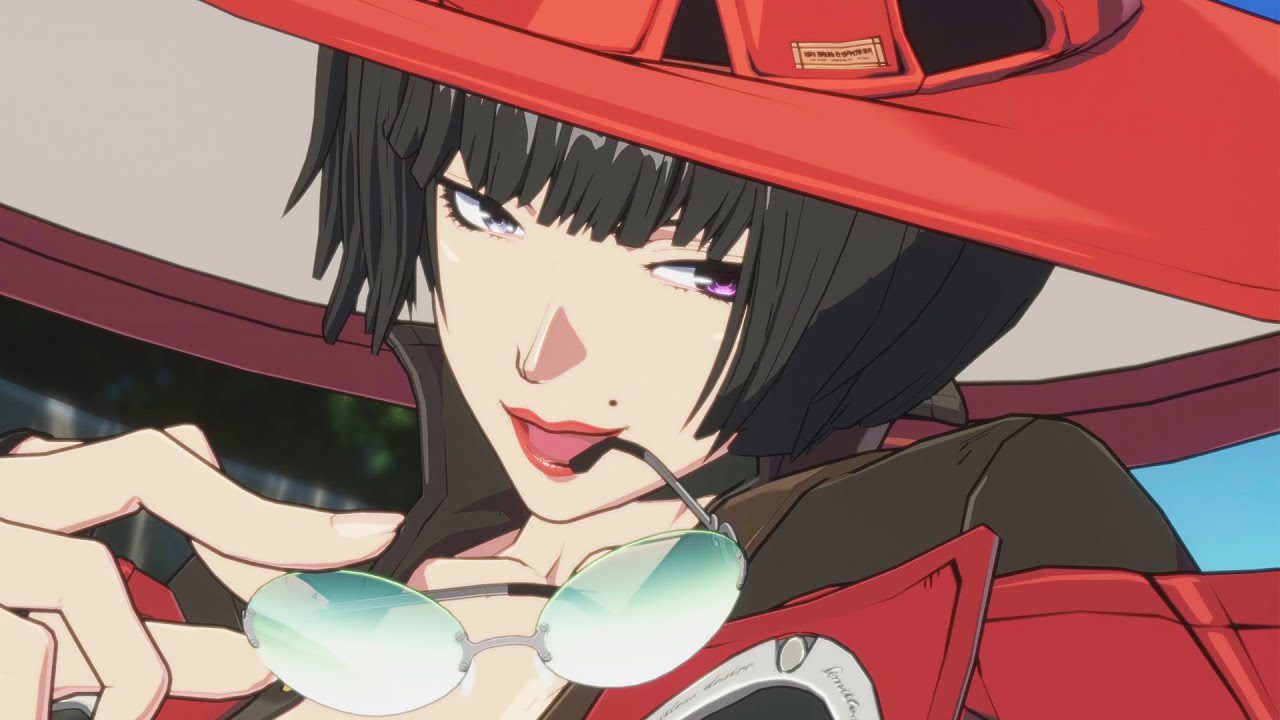 Guilty Gear -STRIVE- strays far from the formula of its predecessors, or at least more than most games in the franchise. Guilty Gear II -OVERTURE- is a MOBA type of game, and it and Guilty Gear Isuka (which introduced side-scrolling gameplay into the fighting game along with other poorly executed concepts) are not well remembered by the FGC (if they even know those existed at all). But, unlike those previous iterations, Strive seems to be focused on being a fighting game with an accessible system emphasizing fundamentals rather than the frantic rushdown–combo style for which the franchise is known. Some people have claimed this has simplified the game in contrast to the previous installments, but I disagree; in this case, different is not worse. We are experiencing core Guilty Gear mechanics as Roman Cancels in a different setting. I’m sure the hardcore players will find new depth within the game using this seemingly “simplified” system, just like it was done with Marvel vs. Capcom 2’s “simplified” system more than 20 years ago. I think the correct analogy for the system gap between Xrd and Strive would be the differences between Street Fighter III and IV.

Another notable change is the high damage hits do in this title, a high-risk-high-reward aspect usually associated with SNK’s Samurai Shodown franchise that pushes players to better strategize the footsies aspect of the match. It certainly puts the Guilty Gear heart under a new light in an exotic way; it’s like having a great pastor with pineapple taco — the traditional way of serving it — instead of a great suadero and longaniza taco with lime juice (those are Mexico City’s signature tacos).

I saved the most controversial aspect of this new game for last: the lack of instant kills. This is something I don’t condone or condemn about Strive; my mind is very divided on this one. On the one hand, we are taking away a flashy-to-the-point-of-being-cinematic mechanic which has been with the franchise from day one, and an excellent way to achieve a comeback by sacrificing the power bar. On the other hand, adding this to the high damage hits would definitely make strong players practically invincible as soon as they connect their first combo. 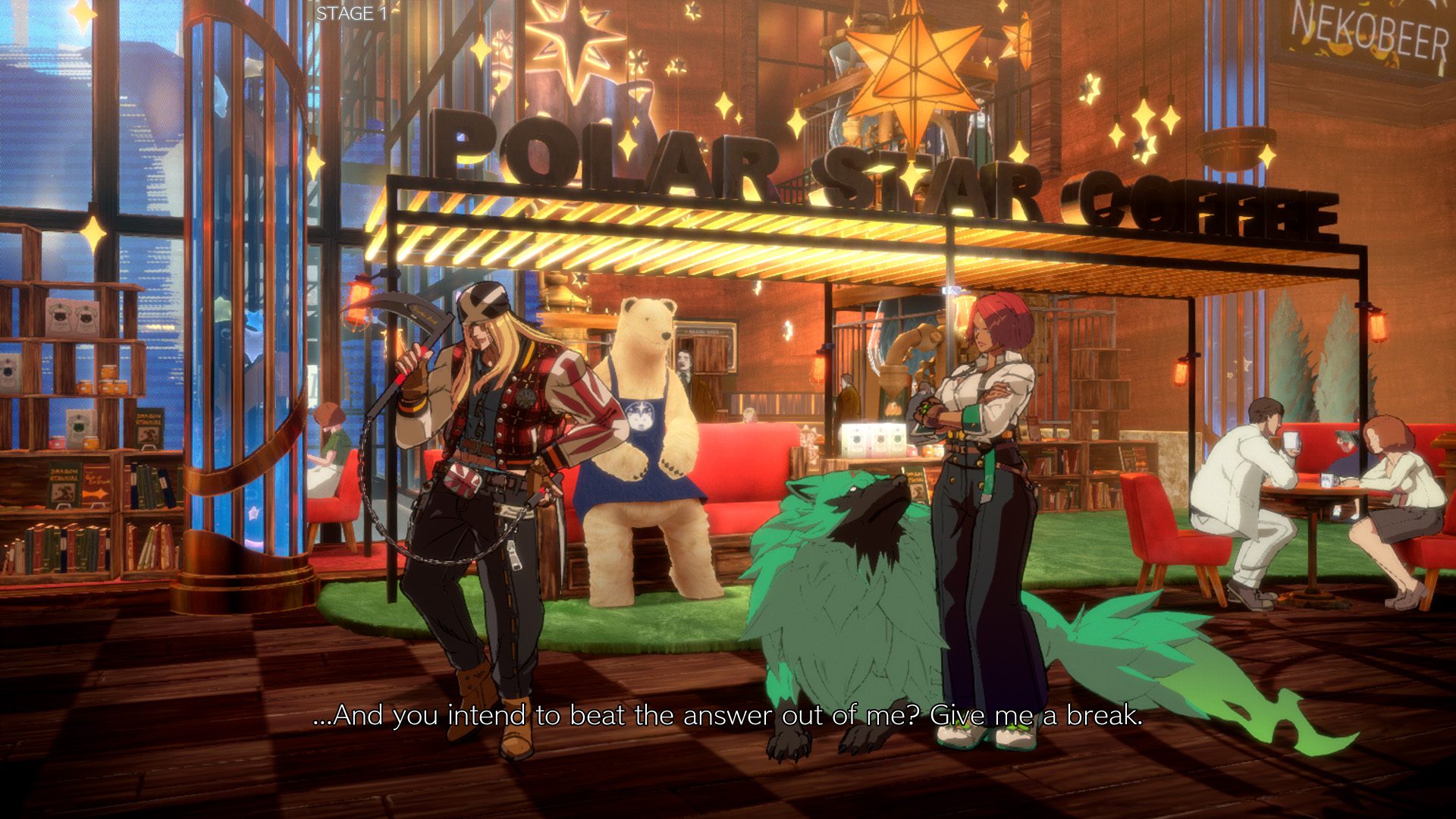 The roster is not very big, but it isn’t small either by Guilty Gear standards — especially for Season 1. All the classic characters who represent the franchise are here; Sol Badguy, Ky Kiske, Millia rage, Axl Low, May, Potempkin, Chip Zanuff, and Faust; plus, more recent fan-favorites like former final boss I-No and Ramlethal Valentine made the cut. Weirdly enough, the new warriors have been quite hyped-up by the community, a phenomenon I have not witnessed since the ’90s with characters such as Street Fighter’s Akuma and Sakura. Giovanna, Nagoriyuki, and Goldlewis Dickinson have already made a positive impact in the community. With more known and new characters on the horizon, the sky is the limit for Strive! Needless to say, the character design, the match-up possibilities, and the overall personality of this eccentric game are already master-class in its field.

I certainly don’t have the last word. In fact, you guys do in this G+G community. All I can say is, I recommend any fighting game fans or Guilty Gear fans to get this game ASAP, hop into some online matches, and have some fun!

ArcSys delivers a new entry in its flagship franchise that manages to keep all the fun mechanics Guilty Gear is known for while exploring a new terrain that welcomes both hardcore gamers and newcomers alike.