“For the Flash to run again, Nash Wells must die.” 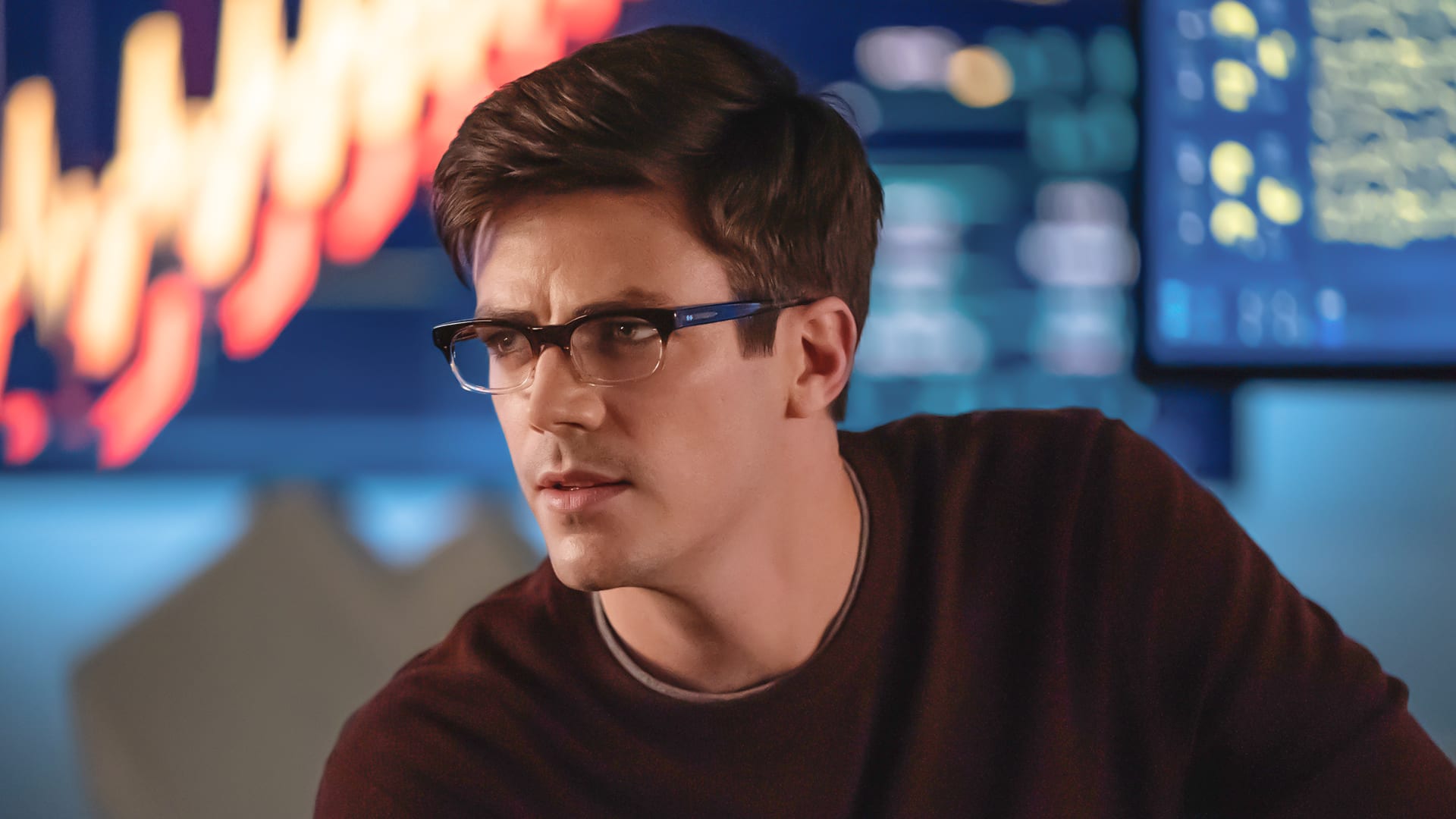 I almost feel bad for The Flash. The lockdowns forced its previous season to end early, creating a season finale out of an episode that was never intended to be one. As a result, season 6 ended with a whimper. But they made the boneheaded decision to begin season 7 with the last few episodes they had planned for season 6’s home stretch, meaning the show ushers in the new year with the boring, weightless “All’s Wells That Ends Wells.” But I can’t sympathize too much because this would have been a letdown no matter when it aired.

Consulting with the remnants of Wells doppelgangers, Nash finds a way to give Barry his speed back, but the cost may be more than he’s willing to pay. Eva McCulloch’s purge of Black Hole brings her in touch with two former Flash villains and creates a crisis that Cecile hopes to prevent. Iris is faced with the horrors of the Mirrorverse.

“All’s Wells That Ends Wells” wastes little time setting up the dilemma Nash faces. In a conference with the Council of Wells (if we’re still calling it that), the fragments in his mind tell him how to return Barry’s powers to him. When the “multiversal particles” from each Wells found their way to Nash, they created enough synaptic energy to power the Artificial Speed Force forever, giving Barry back his speed. The catch is that the volatility of the particles means that they won’t behave and enter the fusion sphere unless they have an organic receptor – Nash. But acting as the receptor will kill Nash and remove the fragments of the Wells doppelgangers. Now, Nash must choose between himself and his friend.

He must also choose between himself and many innocent lives because “All’s Wells That Ends Wells” creates more immediate stakes with an early scene where Eva McCulloch encounters Top and Mirror Master at a Black Hole site. She kills Mirror Master (which, since IMDb is billing her as the new Mirror Master, is more of a replacement than an elimination) but spares Top because the rest of the episode has to happen. In police custody, Top tells Cecile – who now routinely interrogates suspects and prisoners without a single police officer asking any questions – that not only was she the real brains of her and Mirror Master’s pairing, but that a plane loaded with Black Hole tech will explode over Central City and kill a lot of people unless it’s stopped. But the one guy who can stop the plane is grounded – unless Nash can get him up and running again.

The setup for “All’s Wells That Ends Wells” isn’t bad. There are stakes both ways, and since Nash is mostly a selfish character, he could easily choose himself over those lives or even the future people Barry will save as the Flash. But everything unfolds in the most obvious way possible. Nash tries to find a way around his sacrifice, which makes Allegra angry because trying to solve a problem without killing yourself is disgustingly immoral or something. But Nash ultimately accepts his fate, laying down his life to get the Flash back, going out the hero he never thought he could be. It’s a very by-the-numbers story, and each beat is so predictable that there’s no tension to be wrung from it. The only way to make this worthwhile would be to give Harrison Wells, a central figure on the show in his many guises, a sendoff befitting the character and the talented actor who played him. 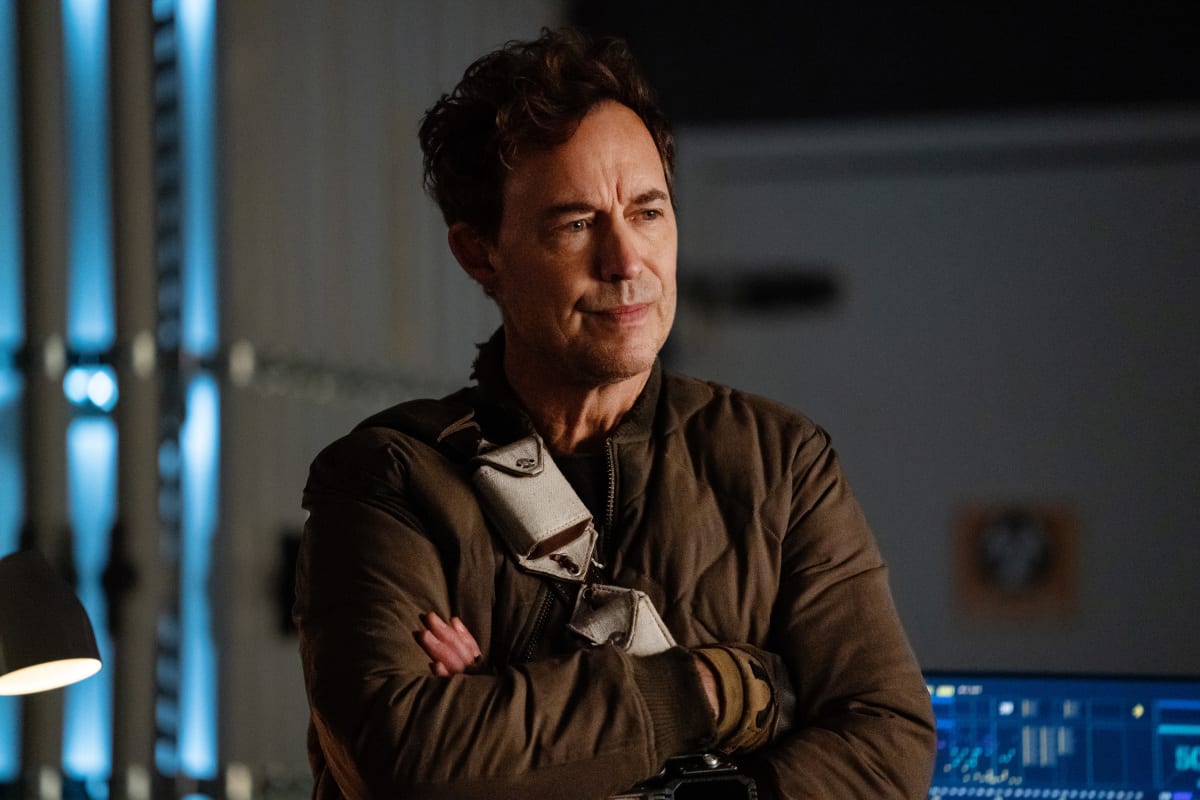 Unfortunately, “All’s Wells That Ends Wells” drops the ball big time on that score. Wells’ departure is unceremonious, not achieving the momentous weight it needed. Partly, it’s because this centers on Nash Wells, who is one of the decidedly lesser Wells doppelgangers. He doesn’t have the history with Barry and his team, or the show, that Harry from Earth-2 does, or even HR or Sherloque. But maybe even more importantly, Caitlin and Cisco are nowhere to be found this week. Harrison Wells departs The Flash in the presence of Barry and… Allegra and Chester. In place of the characters who know and love him are a personality void and a goofy Cisco surrogate. Even Joe, who’s in the episode, isn’t there; he’s sitting at his desk waiting for Cecile to do stuff. Instead of a deeply-felt loss that changes the show forever, Harrison Wells’ demise is an item crossed off a checklist, something the producers had to throw in, regardless of the timing or circumstances. What a complete waste.

It isn’t helped by the rest of “All’s Wells That Ends Wells.” Iris running into mirror images of herself as she traverses the Mirrorverse is essentially busy work to give her something to do, such as it is. It accomplishes nothing, and these scenes lift right out of the episode. Cecile’s interrogation of Top at least has some bearing on the plot, but it’s another instance of Cecile using her powers on an unwilling subject while never having a pang of conscience. I’ve been saying this all along, but it never fails to irk me: the woman who berated Barry for locking metahuman criminals in secure facilities at STAR Labs instead of government prisons never bats an eye at using invasive tactics on anyone she chooses. They could make an argument for government overreach and how maybe power best resides in the people instead of the state, but the leftie loons behind these shows would never do that. As a result, it’s more satisfying when Top reverses Cecile’s powers on her, dishing back what Cecile has unreservedly dealt out for the last few years. The reveal that Eva is actually a mirror image of the real Eva, who died when the world thought she did, is potentially interesting, but here, it’s just the stinger. Even the attempts at comedy fall flat; Barry being possessed (for lack of a better term) by the different Wells doppelgangers isn’t as funny as it should be, and the news that one of the alternate Earths comes with an Orson Welles variant of Harrison Wells is marred by the doppelganger not acting or sounding anything like Orson Welles. 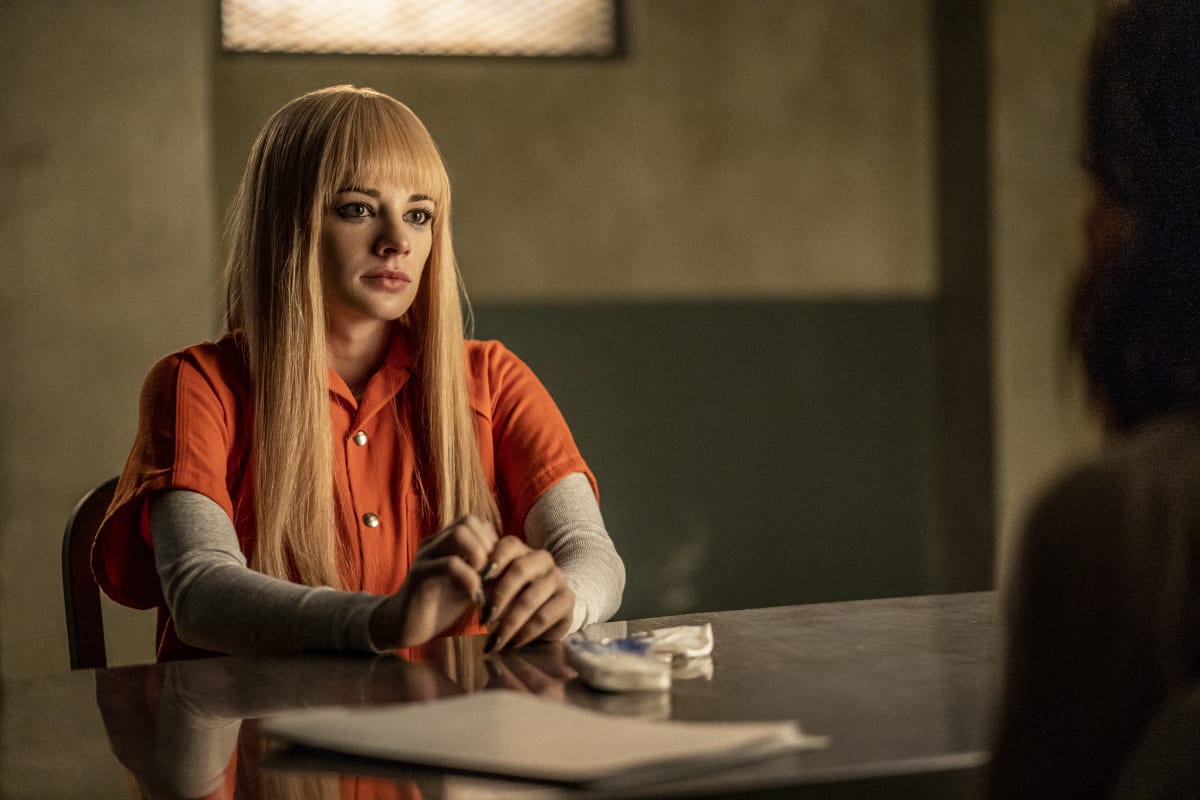 The worst part is, this fiasco could have been avoided. When production shut down last year, why didn’t they simply revamp the ending of the Mirrorverse storyline into something more succinct and befitting a season premiere? Make “All’s Wells That Ends Wells” an exciting, action-packed two-parter where Barry gets his speed back, rescues Iris, and defeats Eva with Caitlin and Cisco at his side. They could have made Wells’ death much more poignant, ended a storyline that wasn’t overly interesting to begin with, and started the delayed seventh season with a heartfelt, crowd-pleasing bang. But rewriting is hard, I guess, so we’re in for at least a couple more episodes of this.

“All’s Wells That Ends Wells” hits all the wrong notes for the new season, with a dull, predictable plot, humorless humor, and the deflation of what should have been a pivotal moment in the show’s history. The Flash is back, but it already feels like it’s running on fumes.

Is it just me or they are kind of just dragging the show after season 4!!! ‍♂️

Definitely not just you. I still hang in there because every so often there’s a hint of what the show used to be, but I don’t look forward to it the way I used to anymore.