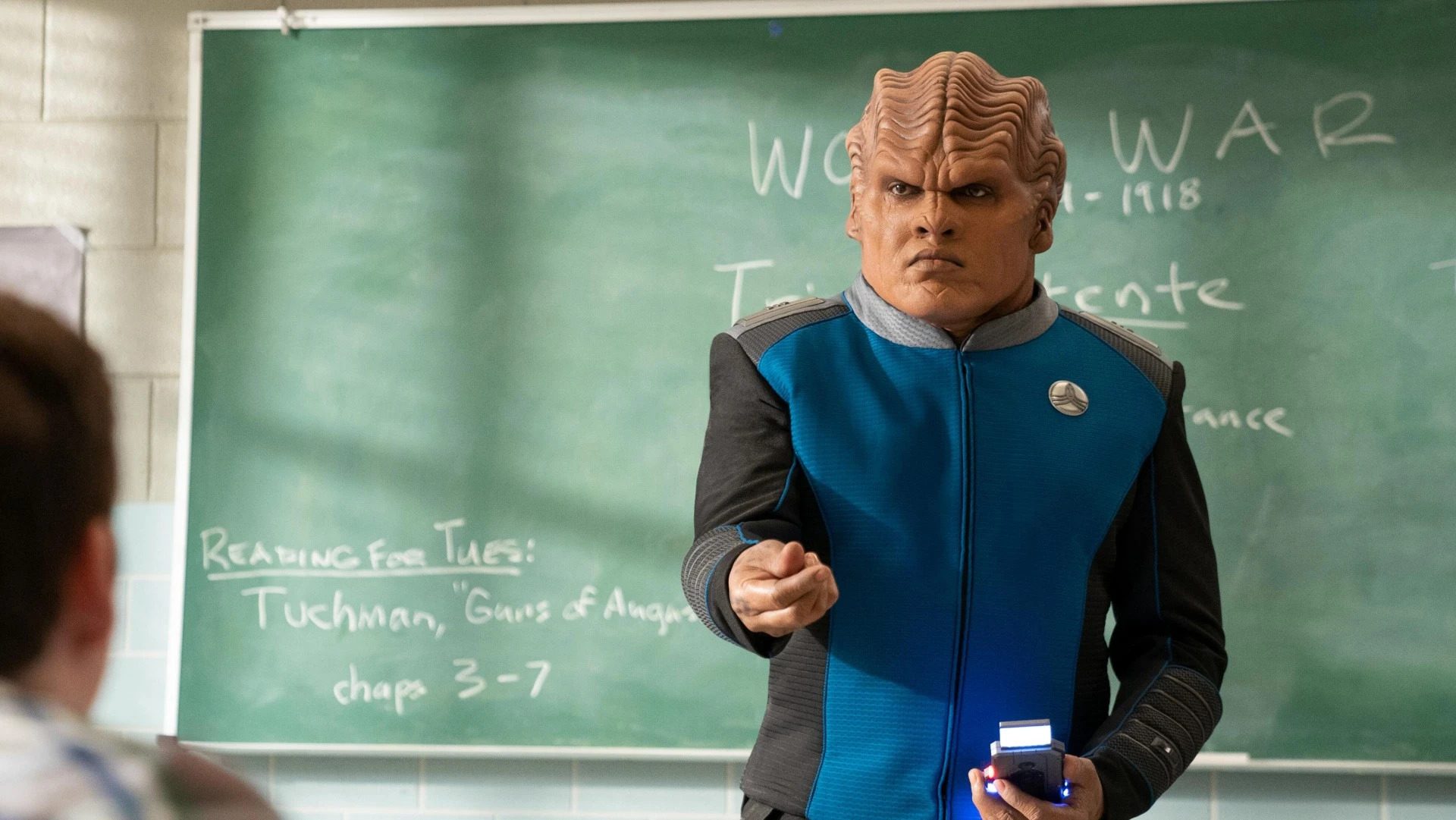 The Orville: New Horizons continues with the release of episode 3, “Mortality Paradox,” which again proves that The Orville is the best science fiction show currently airing. The previous two episodes of New Horizons were character-heavy and concept-heavy, respectively. In contrast, this third episode is far more philosophical and setting-oriented. Each installment of this new season seems to be attempting a different style or genre to keep things fresh and exciting. The creatives behind The Orville have succeeded in every single one of their attempts for this variety. The mystery of “Mortality Paradox,” combined with the trippy visual effects and unreliable narrator aspect, crafts an engaging and compelling narrative.

The race from season 1 episode 12, “Mad Idolatry,” have advanced so far that they no longer need physical forms, don’t fear death, and can now rewrite reality at will. This race is experimenting on the Orville crew by putting them in mortal danger through a series of intense illusions and then sharing their minds when they fear death to experience that fear once again. Without the fear of death, this immortal race has become stagnant, with no drive to excel or become better. The Orville crew are but rats in a maze for this advanced species to come to terms with immortality.

Ed condemns this race for their actions and demands to be released. The experiments completed, the landing party is allowed to return to the Orville and continue their journey. The episode closes with a conversation between the away party in the galley. They all question their own mortality and the need for death. Ever the explorer and the curious one, Ed states that he would love to live forever just so he can see what happens. The episode ends with this moment of optimism as the crew ponders what humanity may evolve into in the coming millennia. 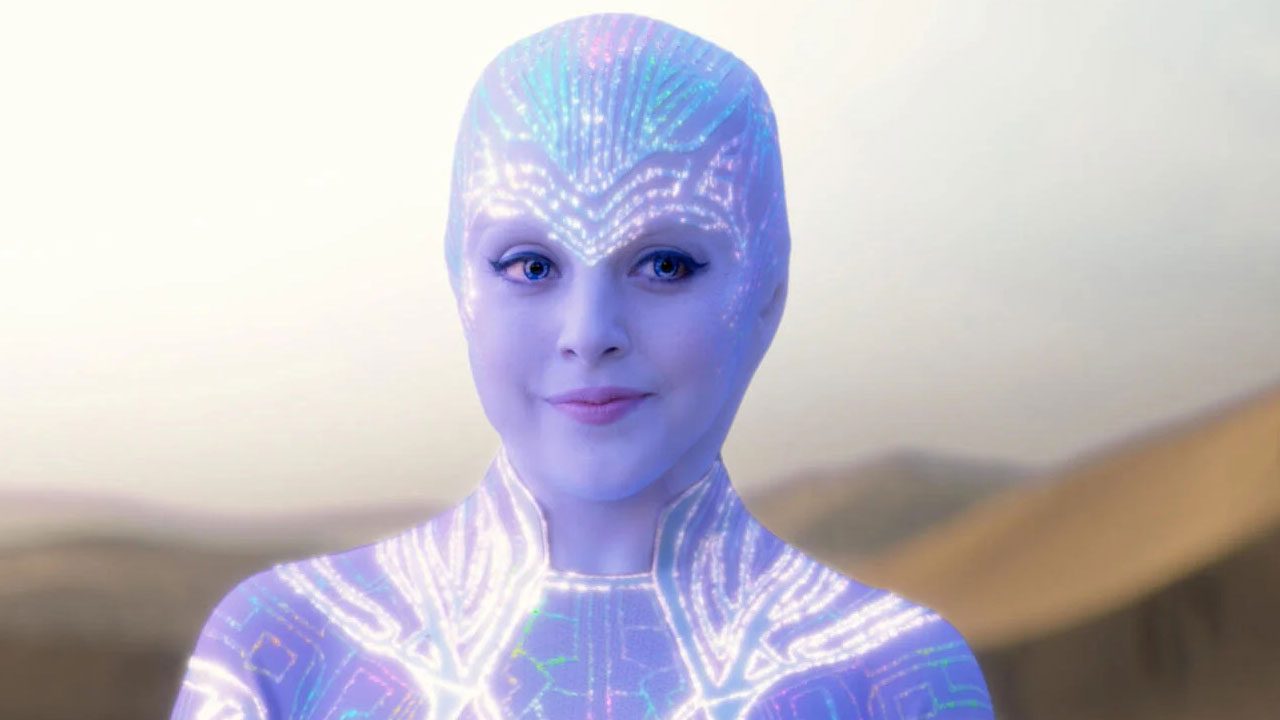 If only briefly, “Mortality Paradox” tackles some heavy philosophical questions, including the meaning of life, the importance of death, and its impact on how sentient beings live their lives. This ending is far superior to the fake-out solution that comes 3/4 of the way through the episode. The crew finds a small holographic device that they believed was left by the Kaylons to facilitate this hallucination maze. That solution would have been far weaker without any overarching questions or complex science fiction concepts. Using the race from season 1 opens a window into some intriguing scenarios. The  concepts explored in this episode are wholly unique to The Orville, proving that it is not simply a parody or continuation of Star Trek. The Orville is its own thing that endeavors to entertain and intrigue the audience.

“Mortality Paradox” would have been far stronger if hints were peppered throughout the episode before the resolution. The best mysteries in entertainment offer the audience enough information that they can attempt to solve the puzzle along the way. This episode offers nothing, bringing its solution and resolution out of left field with little setup.

This episode could have also been improved by focusing on the characters rather than wacky visuals and crazy settings. Perhaps each new location in the maze would be directly derived from the landing party’s individual greatest fears. This would incite the strongest reaction to an imminent death while giving the alien race a more extreme version of the emotion to experience. Adding that personal touch could have given the landing party clues to solve the mystery sooner, or at least discuss it while also encouraging the audience to question what was happening. The maze rooms were interesting and exciting, but extremely random, with no throughline between them. With the lack of character writing or consistent theme, “Mortality Paradox” pales compared to its predecessors. 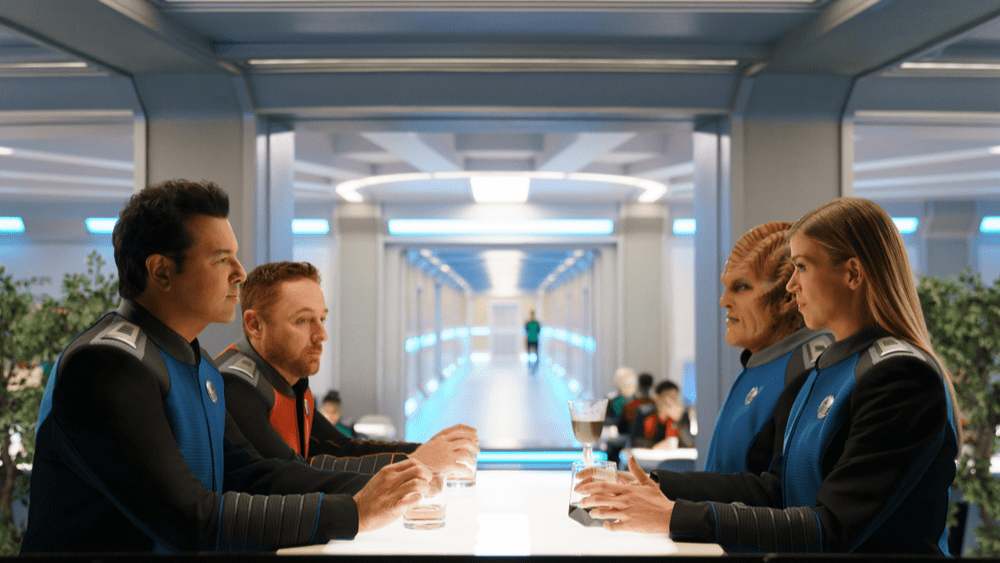 Though a minor criticism — especially considering this is a TV budget — the CGI in this episode is incredibly inconsistent. The CGI around the monstrous Randall is a bit subpar and underwhelming. Inversely, the sea creature in the lake is terrifying and brilliantly designed.

The best scene of “Mortality Paradox” is the one with the most character work. The final moments of the episode feature the landing party sharing a drink in the galley while discussing the implications of their discoveries. The conversation these characters have regarding the meaning of life, religion in a species’ understanding of that life, and their desires opens the window into their psyches to understand them better. Chief among these reactions are the comments made by the captain. Though not particularly profound — and perhaps naïve — his statement perfectly conveys the character that the audience has come to know and love throughout the last few seasons. He is an explorer at his very core. He wants to live forever because he wants to know what happens.

Ed’s curiosity overcomes all concerns with any afterlife or the fear that, if he did live forever, he might end up like the alien race did after so many millennia. He just wants to see the universe and know and explore everything for as long as possible. Immortality may be the best way to accomplish this. The line “I just want to see what happens” accomplishes more for his character than any other single line in this series. Lines like these and character work like this set The Orville apart from all other television currently airing. The writing behind this moment and the talent behind the actor sell his curiosity and wonder, proving that good television is still possible in this day and age, despite the current state of Hollywood.

“Mortality Paradox” is an excellent episode of television and The Orville, though slightly lesser than its compatriots in New Horizons. Good television is possible and easily attainable, as this show proves every week. The future of The Orville is an exciting one, and fans can never know what the next week holds for them and this intrepid crew.

“Mortality Paradox” is an excellent episode of television and of The Orville, though slightly lesser than its compatriots of New Horizons.