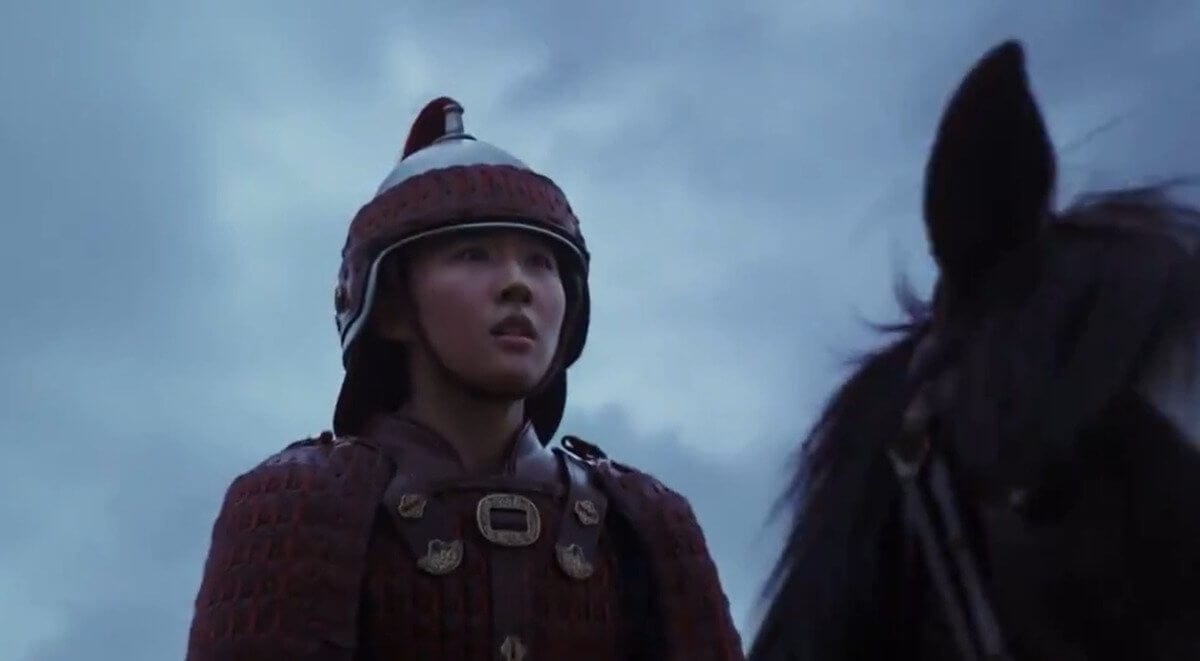 Today the second trailer for Disney’s upcoming Mulan remake hit the web. The live-action do-over, slated for March 27th, 2020, made waves with its previous trailer. You can check out the latest clip here:

The film’s apparent solemn tone and more realistic visual scheme have certainly been to the liking of some fans. However, others bemoan the absence of Eddie Murphy’s Mushu and B. D. Wong’s Shang. Personally, I really love what we’ve seen thus far. This clip displays some breathtaking cinematography, and I’m loving the grounded (but still colorful) approach to costuming and set design. There are plenty of callbacks to the animated classic, such as lines of dialogue and even the tune to “Reflection” playing over the second half of the clip. Honestly, this gave me chills. The actors look fantastic, and their serious but passionate delivery of the dialogue seems in keeping with the animated original. This trailer reveals a little more about the film’s plot, and we get to see the emperor and one of the villains. I’ve also been heartened by reports that this film is trying to maintain more aspects from the original epic poem. I love the animated movie, but I’m always glad to see the remakes trying to do something different rather than copy-pasting what worked in animation. I think a colorful, loud-mouthed sidekick like Mushu would really clash with the overall mood they’re going for here. As for Shang, he’s one of my favorites from the original movie, but I’m not sure this version will even include a romance. They certainly haven’t been teasing one in the marketing. This movie is separate from that one, so if it’s good on its own merit, I’m not worried about changes or missing/replaced characters.

However, I do want to address the elephant in the room: Gong Li as the witch who serves as the main villain’s sidekick. I love Gong Li, and I like the concept of witches in general, but she looks awfully silly in this more grounded world. For that matter, it would be interesting if they approached this as a traditional war movie with no mystical elements whatsoever. That being said, based on what we’ve seen so far, this is my only problem.

What do you think of the Mulan remake’s second trailer? Did it make a man out of you? Tell us in the comments and stop by Geeks + Gamers for all your Disney news and reviews.