Details from Every Announcement of The First Nintendo Direct of 2022 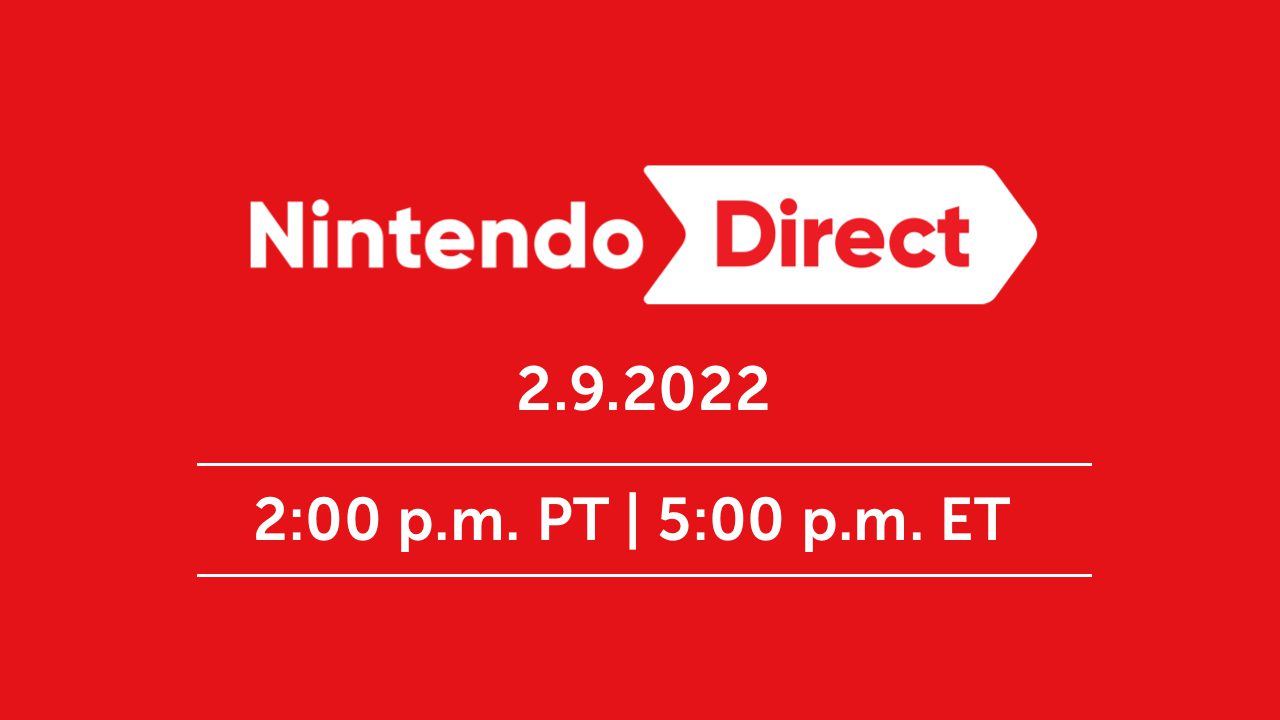 Even without any Breath of the Wild 2 coverage, this Nintendo Direct was a treat. This is the first Direct after a 5-month hiatus, so there’s a lot to show here. The presentation appealed to classic Nintendo fans with new showcases of Kirby and Splatoon 3, and RPG fans, giving us a plethora of remakes and one very huge game saved until the very end. Let’s look at every game shown from the chronological order of the Direct.

The presentation opened with a brand new Fire Emblem game titled Fire Emblem Warriors: Three Hopes. It’s set in the Three Houses world, and includes many beloved characters from the popular Switch title. As the Warriors title suggests, it isn’t a tactical RPG like its bigger sibling; rather, this is a hack and slash in the style of Dynasty Warriors, like Fire Emblem Warriors before it. The main characters from Three Houses are going to play a major role here, as they were shown prominently throughout the trailer. June 24th is the release date.

Advance Wars 1+2: Re-Boot Camp got some more updates and a solid release date. This is a remake of the first two Advance Wars games, originally on the Game Boy Advance in the early ‘00s.  Highly praised games with a cult fanbase, this one will satisfy them and so much more based on what we saw today. Each commander is now voiced and features new animations and renders. New quality of life features such as fast-forwarding gameplay and turn resets were revealed for the remake, which is really exciting. There’s also a plethora of brand new modes such as a mapmaker, a battle mode titled “War Room,” and local/online multiplayer. This is shaping up to be an exceptional remake with lots of new features and great presentation quality. April 8th is the release date, with the game coming on Nintendo Switch. If you like tactical RPGs, you’re going to love Advance Wars.

Next up is the Switch port of No Man’s Sky, releasing this summer. No differences other than lower graphical fidelity were announced or shown, but it’s always nice getting another game playable on a handheld console.

Mario Strikers Battle League is the new soccer game in the Strikers series. The gameplay is absolutely bonkers and fast-paced, with Bowser fire-breathing and Mario stomping on goalkeepers with his goomba-gutted cleats. The new “anything goes battle soccer game” entry in the series is launching on June 10th.

Splatoon 3 was shown, specifically its new co-op mode titled “Salmon Run: Next Wave.” The gameplay was presented alongside some phenomenally bizarre yet AMAZING music featuring a wailing cello. Yes, it’s amazing, despite what the chat was saying about it!!! The visuals are equally striking, casting an overcast industrial aesthetic over the squid-kids paint wars. Only the co-op mode was shown in the trailer, where the players were shown fighting off 90+ waves of robot fish and unique boss fights. Splatoon 3 is releasing sometime in the summer of 2022, though there is still no specific date.

Another tactical RPG gets a full-on remake with Front Mission 1st. The release is this summer, and a full remake of Front Mission 2 is currently in development for future release.

And now, finally, the Nintendo kart racer we’ve all been waiting for… Disney’s Speedstorm, also coming out this summer without a solid date. Free-to-play is the model the game is employing, with new seasons being implemented regularly. The gameplay looks pretty fun, and with a large roster of racers from Disney’s famous catalog, it’s sure to provide some solid racing enjoyment in a similar vein to Mario Kart.

Star Wars: The Force Unleashed gets a remaster on Switch with a solid release date of April 20th.

Assassin’s Creed: The Ezio Collection for the Switch comes out on February 17th.

SG Gundam Battle Alliance looks to be an action combat mech game featuring online multiplayer. It’ll be released on the Switch sometime this year, with no solid release date.

Kirby and the Forgotten Land

And now, a much anticipated new presentation on Kirby and the Forgotten Land. Kirby’s first 3D game looks absolutely incredible, and what’s shown here is getting me really excited. The trailer starts off by showing new transformation abilities such as Car Kirby, which is used to traverse the open world, and Vending Machine Kirby. Cone Kirby solves pipe blockages and other obstacles in the environment, and Scissor Lift Kirby allows access to new heights. They’re calling these special transformations Mouthful Mode because they feature extra-special abilities and actions that manipulate and further explore the game world. There’s also a hub called Waddle-Dee Town, which can be expanded and grown as a kind of sim-lite town-building mechanic. The regular copy abilities can now be leveled up to double the damage and improve Kirby’s overall power. Kirby and the Forgotten Land is poised to be one of 2022’s most impressive games and is releasing next month on March 25th.

MLB The Show 22 gets a Switch release for April 25th. Sorry, baseball fans, that’s about all I’ve got to say for this one.

The Kingdom Hearts Collection for Switch was shown and includes KH 1.5/2.5, 2.8, and KH3. The collection will only be accessed as cloud versions requiring connection to the internet (sigh). In typical Square Enix fashion, it’s titled KH Integrum Masterpiece (I’m a KH veteran, and even I have no clue what Integrum” means). It drops February 10th, either as three independent titles or the whole collection, on Switch via internet cloud streaming (sigh).

The famed Dreamcast platformer Klonoa makes its Switch debut with Klanoa Phantasy Reverie Series. The 2-game collection includes remasters of the PS1 classics Klonoa: Door to Phantomile and Klonoa 2: Lunatea’s Veil. Klonoa is an incredibly colorful and fun side-scrolling platformer, and I highly recommend checking this collection out if you like Sonic’s 2D games. The release date is July 8th.

Portal 1 and 2 are packed together in Portal Companion Collection for the Switch. No new features were announced, and the release date is merely “sometime this year.” The cake may be a lie, but at least the release date most likely won’t be since it’s so broad like many others shown.

WOOO, JRPG fans unite! Square’s legendary 90s RPG Live A Live FINALLY gets its overseas release in a new remaster coming July 22nd. Live A Live was a classic RPG on the SNES and still gets a lot of love for its sweeping musical score by Kingdom Hearts composer Yoko Shimomura. The game features very novel stories set in different time periods throughout history, portraying a diverse cast of characters.

Nintendo Switch Sports releases April 29th. To accommodate Nintendo’s lacking online infrastructure, an online beta test will occur for a select number of players from February 18th through the 20th. The test period will only include the bowling, chambara, and tennis modes.

A brand new Taiko rhythm game is announced, titled Taiko No Tatsujin: Rhythm Festival. Megolovania from Undertale and the Main Theme of Legend of Zelda were two featured tracks from the trailer, and they sounded great with the taiko drums. As someone who loved me some Donky Konga on the Gamecube, the track layout from the trailer really intrigues me to try this out. 76 tracks in total, the next entry in the fun Taiko series comes out sometime in 2022.

The hotly anticipated strategy RPG Triangle Strategy gets a new trailer. A couple of character paths get shown, along with a new demo that allows gameplay up to the end of chapter 3. The demo is available on the Nintendo e-shop in the evening today, February 9th.

Cuphead in “The Delicious Last Course”

Coming out today are two new difficulty modes called Dread Mode and Rookie Mode. Dread Mode looks absolutely brutal, with its one-hit death penalty permeating the game, and Rookie Mode is, well, for rookies or fans who want a more relaxed experience. There’s also going to be a 2nd update in April, including a boss rush mode.

*Closes eyes and bangs head to music.* Earthbound and Earthbound Beginnings get Switch ports for Nintendo Switch Online service, releasing today. Heck yeah! Can’t wait to rock out to the Dungeon Man Theme for the 20th time! (For real, Earthbound is one of the best JRPGs in existence. Try it out!)

Next is a rapid-fire section.

Capcom’s GetsoFumaDen: Undying Moon gets released today, and it looks like some real fun side-scrolling action.

The CyberConnect2 fighting game, Demon Slayer -Kimetsu no Yaiba- The Hinokami Chronicles, gets a release date of June 10th.

LEGO Brawls has a release date of June 2022.

And last of the rapid-fires, Two-Point Campus, is shown releasing on the already-known date of May 17th.

Finally, the time has come! Mario Kart… 8? Yep, not 9. Well, more like 8.75.  48 new courses remade from the ground up are releasing in waves starting March 18th. It’s paid DLC with a $24.99 price tag unless you have the Switch online subscription, where it’s free. I’m personally looking forward to more Double Dash courses.

Last but not least is the biggest Nintendo news of the show. Xenoblade Chronicles 3 is coming out this September. The trailer looked beautiful and was accompanied by legendary composer Yasunori Mitsuda’s music.

Watch the Gaming with Geeks live reaction to the Nintendo Direct in full here: