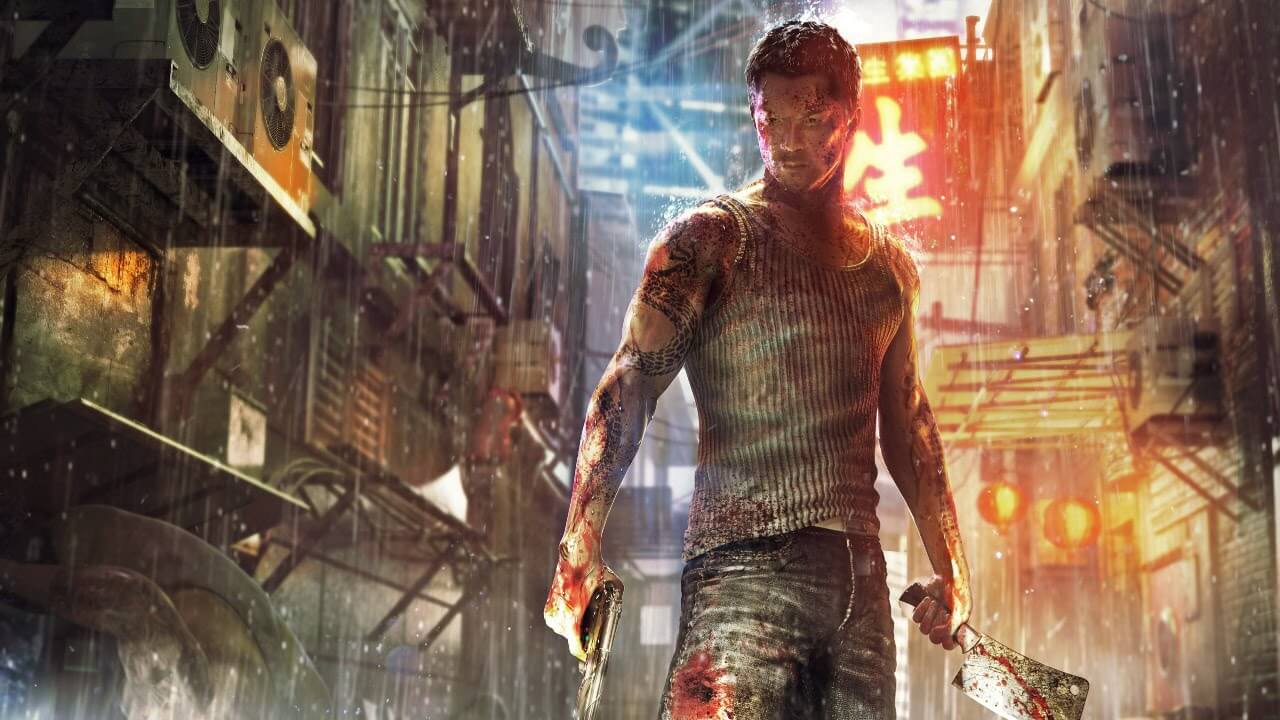 Sleeping Dogs is one of those games that, after you see the trailer, you quickly roll your eyes and start whining about open world games. Then you get over yourself and actually play it, and before long you want to smack yourself because of how great the experience you almost denied yourself really is. The story follows Wei Shen, a cop back in Hong Kong after a stint in America, who goes undercover to infiltrate the Sun On Yee Triad crime ring. But the deeper in with the gangsters he gets, the harder it is the distinguish between his cover and his true self.

I think the best part about Sleeping Dogs is its sense of character, meaning both the people within it as well as it’s personality as a game. It’s heavily inspired by Hong Kong Action cinema, the type that you’d see John Woo directing, and it’s also very clear that Infernal Affairs and it’s Scorsese-directed American remake The Departed were influences as well. Wei Shen is a tough, cool lead character, one that is imperfect and rash, but also committed to taking down the bad guys, even if it becomes hard for him to discern who they are from time to time. It also helps that he’s played perfectly by Will Yun Lee, who also starred in 2018’s Altered Carbon. The supporting cast is also phenomenal, with great characters like Winston, Dog-Eyes, Jackie Ma, and Uncle Po to name a few. All are well acted and their character arcs are phenomenal.

The Hong Kong cinema angle isn’t just found in the way Sleeping Dogs presents its characters; it really shows through in the game’s style and presentation. The action leans heavily towards martial arts films, like those from genre legends like Bruce Lee, Jet Li, and Jackie Chan, in addition to taking great influence from the aforementioned cop dramas. The story is full of close shaves and has a huge heap of tension, but what’s even better is that they make you feel for the criminals that Shen finds himself working with during his operation, elevating Sleeping Dogs above a simplistic black and white narrative of cops fighting crooks. Clearly the developers are really into film, specifically of the crime and martial arts variety, and if you’re a movie fan yourself, you’ll have a ball with this one.

The melee action of Sleeping Dogs is similar to the Batman Arkham style of combat, in that you get an attack and counter button. There are combos, utilizing both quick taps of the attack button and holding it down, which lead to some incredibly well animated moves. The combat feels so good as you’re controlling it, and every blow that Shen lands against an enemy is satisfying. Throughout the game, you learn new combos and moves to enhance your fighting skills, leading to longer combos and stunning attacks. There are actually a couple you can get that pretty much takes down enemies in one maneuver, including dealing out brutal damage like breaking arms and legs. It’s a lot of fun helping Shen take out the trash.

Aside from hand to hand fighting, there are also shooting sections and car combat; these are less polished than the melee combat, but they’re still fun enough. The shooting is a little floaty, in that the guns don’t feel as impactful as they do in other games of this genre. The car combat is dead simple: just ram the other cars until they explode. Combining shooting and car combat is where the fun really is, as you can slow down time to shoot out tires, which is incredibly cinematic and makes you feel like the coolest action hero around. You can also jump from car to car, similar to that terrible game Wheelman, and you can shoot in midair while in slow motion. It’s hard to get more “John Woo” than that; all you need are some doves and you are set.

The main missions in Sleeping Dogs are great, filled with fighting, shooting, and tense chases. The side missions, by contrast, are a little less varied, but still fun. They range from street racing to driving an NPC’s vehicle into the ocean so they can collect insurance, with plenty in between. The ones I looked forward to the most are the fight clubs, which pit you against a steadily more difficult force with only your fists to survive it. I wouldn’t classify them as hard, but I’ve also played this game 5 or so times and have the combat down to a science (not that it’s particularly rocket science, mind you), but they’re a good time because the combat system is so strong.

In all the time I’ve spent with this game, I simply haven’t gotten tired of it. The story is still just as enthralling as it was the first time I played it, the combat is still really fun and frequent enough to keep the pace fast. It’s one of the few open world games that you’ll find me consistently popping back into my system to replay because it’s just that good. If you haven’t played Sleeping Dogs yet, I wholly recommend it. The fact that we’ll never get another one of these continues to sadden me to this day.

What have you been playing lately? Let me know in the comments below! Stay nerdy everyone!