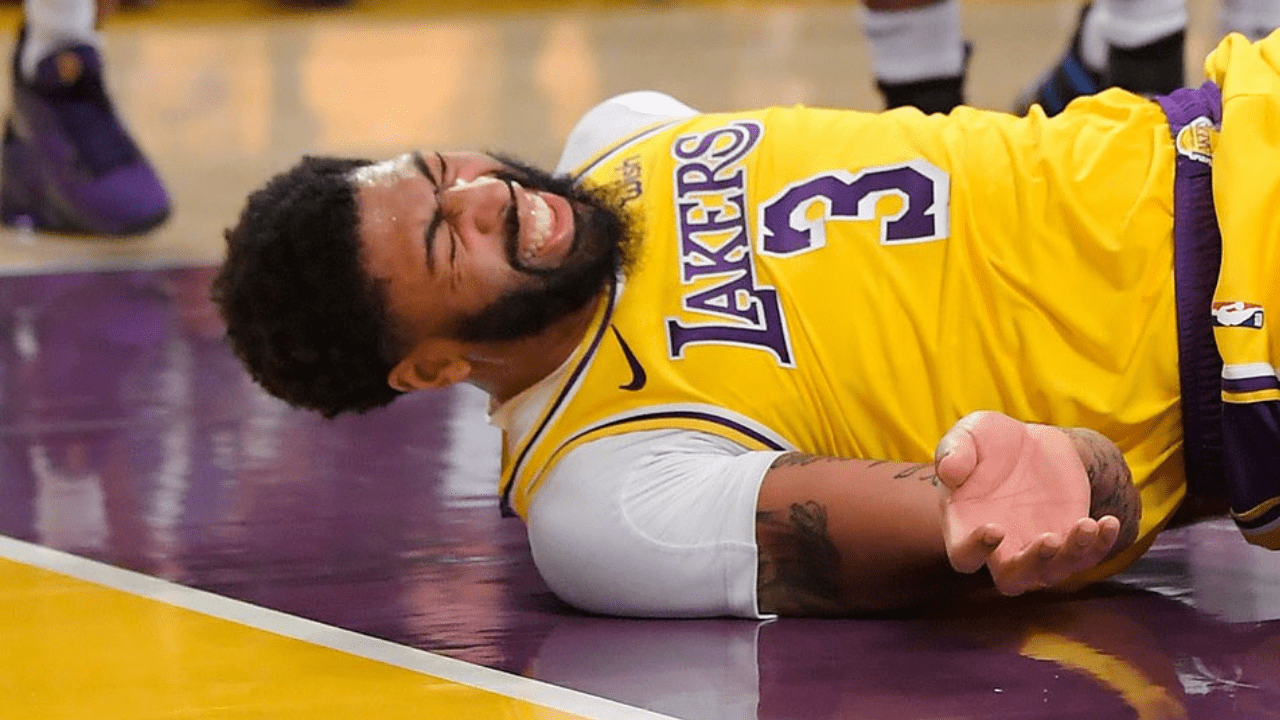 Los Angeles Lakers star Anthony Davis is joining LeBron James yet again on the injured list, this time as the Lakers are desperately fighting for a playoff spot.

The Lakers big man, who may as well be made of glass with his injury history, went down in the first half against the Clippers in a must-win game.

Here is where Anthony Davis tweaked his ankle, for those who didn't see. He's currently in the locker room. No word from the Lakers on his status. He stayed in the game after this, but hasn't been seen since his shift ended. pic.twitter.com/x6RL1A0Uu7

That was it. It’s tough to tell what happened, but he seemingly tripped on the on-court signage. He was removed from the game and taken back to the locker room for evaluation, where he was eventually ruled out of the remainder of the game due to “back spasms.”

The Lakers say that Anthony Davis has back spasms and will not return. pic.twitter.com/8EGccURDYp

Seems strange, considering he was holding his ankle.

Everything is falling apart for the Lakers, with LeBron James nursing his high ankle sprain and declaring to the world that he will never be the same player again (bitchmade), and now their other superstar may be gone once again. AD has already missed over half of this season, and their guaranteed playoff spot is quickly slipping away.

If LeBron James hadn’t single-handedly made the NBA nearly unwatchable, I might actually feel bad for the Lakers.