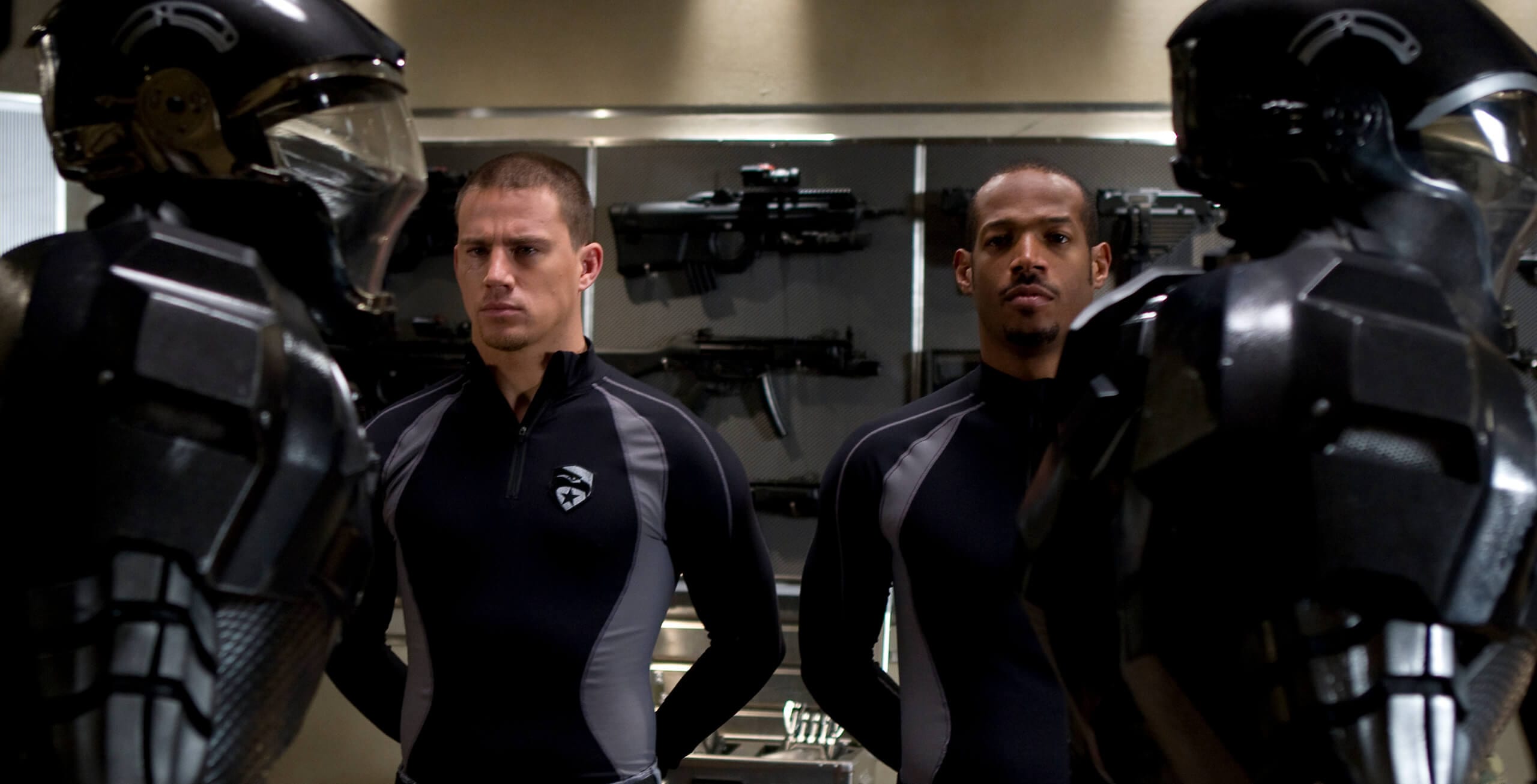 G.I. Joe: The Rise of Cobra was a film I had very much been looking forward to for a myriad of reasons. Apart from the fact that it starred Step Up’s Channing Tatum, of whom I was a big fan, this was a chance to get in on the ground floor of a brand new franchise. As a result, I looked up all I could about the Joes to get ready. This included reading up about G.I. Joe comic writer Larry Hama (who was offered the job after everyone else had turned it down) and the various characters he created. When the movie finally arrived, I couldn’t wait to see one of my favorite actors being directed by the filmmaker who bought us the Mummy franchise. The latter was another big reason why I was excited about the film. This is true especially when you consider this Hasbro adaptation was the reason Stephen Sommers wasn’t able to shoot the third film in the Mummy series, Tomb of the Dragon Emperor. I was so excited to see that Sommers was getting ready to launch a new franchise that would expand the Hasbro brand. As the title implies, this movie is about beginnings. Unfortunately, this beginning was a rough one.

G.I. Joe: The Rise of Cobra opens with the origin of Clan McCullen and quickly spotlights what is essentially the MacGuffin of the movie, futuristic warheads. After McCullen briefs NATO on the plan, we see Channing Tatum’s Duke getting ready to take the warheads to their destination. After a bit of back and forth between Duke and Ripcord (played by another personal favorite of mine, White Chicks star Marlon Wayans,), they are ambushed by Cobra stalwart the Baroness and her team. This establishes Duke’s history with her in a somewhat stilted fashion, as they are quickly helped by the Joes and Duke immediately wants to join up. From there, we get a few training montages of Duke and Ripcord as they try to prove that they are worthy of joining General Hawk’s clandestine outfit. However, thanks to McCullen’s machinations, the Baroness and fan-favorite Storm Shadow – the latter of whom provides a glimpse of his history with Snake Eyes – take back the case with the warheads. This sends the Joes across the globe to Paris to try to stop McCullen’s team from blowing up the Eiffel Tower. The film flashes back four years earlier and delineates Duke’s history with the Baroness, aka Ana. Although they had planned to get married, after her brother Rex (played by Joseph Gordon-Levitt, who arguably gives the best performance in the film) is killed, Duke can no longer face her, leaving her susceptible to the Doctor and McCullen’s manipulations. Threaded through these battles is McCullen’s ally, at first only known as the Doctor. His goal: to create the perfectly obedient soldier (one of which Ana is later revealed to have become) using his new technology to control and purify his soldiers. The latter is demonstrated through a cobra’s bite. There is also a political endgame in mind via Sommers regular and former Darkman 2 actor Arnold Vosloo, who plays master of disguise Zartan. 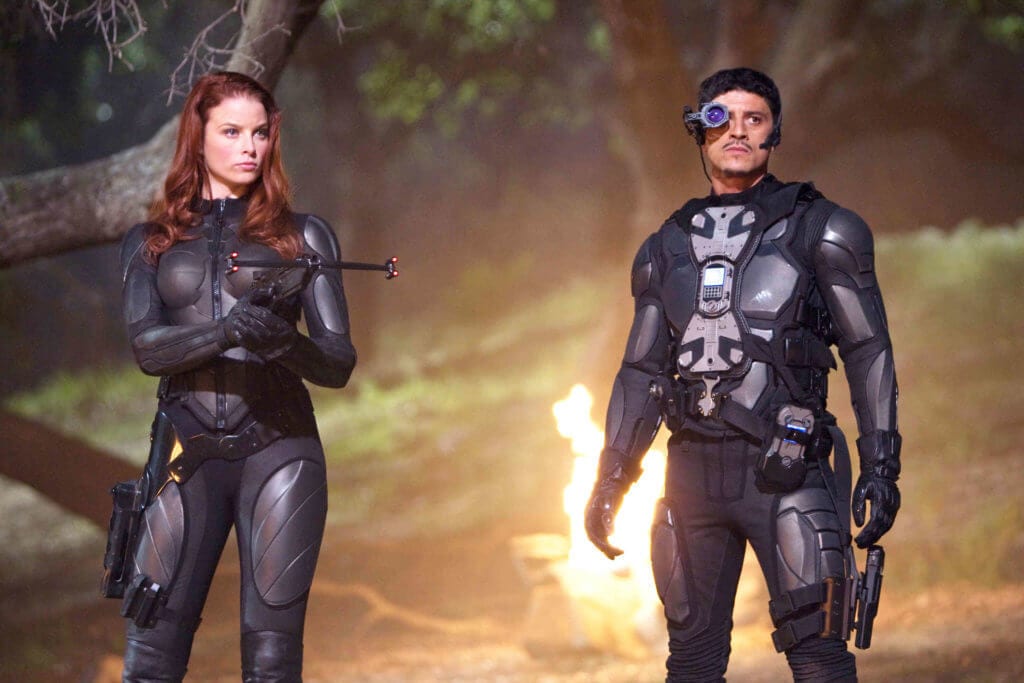 G.I. Joe: The Rise of Cobra culminates in the reveal that Rex is the Doctor, as well as his rise as Cobra Commander. Anna, who is revealed to have been under Rex’s control, much like the soldiers, is sent to prison, with Duke promising not to give up on her. There’s a reason why this movie has the distinction of being my fourth most-watched film in college. A lot of it has to do with how fun it is if you check your brain at the door. The additions of favorites such as Tatum, Wayans, Rachel Nichols, and even Darth Maul actor Ray Park as Snake Eyes aided this idea and allowed the audience to visit an outlandish, poetically cartoonish world. Movies at their core are ultimately about bringing joy, and it’s hard to argue this film doesn’t do that. After it ended (complete with what it is still my favorite Black Eyed Peas song, “Boom Boom Pow,”) much like the recently released Hobbs & Shaw, I couldn’t wait to see it again. That being said, there’s no denying that the Hasbro adaptation could have been so much more. 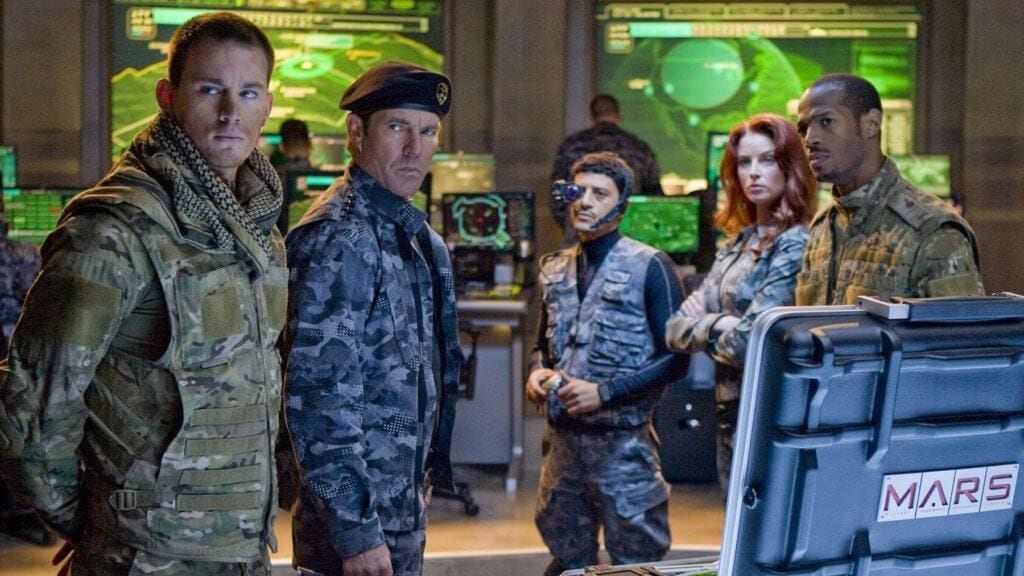 There was an attempt to do something of substance with the characters that Mr. Hama had been working with for the better part of two decades. However, it ultimately fell short, and I feel a lot of that comes down to the origins of this adaptation. Several years prior, Hasbro’s Brian Goldner called legendary producer Lorenzo di Bonaventura, who wanted to do a military film featuring futuristic technology. A lot of the ideas in the film are pretty cool, particularly the Exo sequence, which Sommers stated had been in his head for about ten years. However, all too often, the cool stuff overtook what could have been a great character piece. As Hobbs & Shaw has shown, there’s something to be said for a fun summer popcorn movie. However, when the only thing to hold on to is a bunch of big effects, the movie will always fall short, relegating it to the shadows of its far more successful progenitors. That being said, there is still hope for the franchise, from a Dwayne Johnson-starring sequel to the recently announced spinoffs starring Snake Eyes (with my personal favorite Henry Golding taking over for Ray Park) and Chuckles. The future of the franchise seems to be even brighter than it was ten years ago in the wake of the subpar The Rise of Cobra. With any luck, we will one day get that long-rumored G.I. Joe/Transformers crossover which was said to have Director D.J. Caruso at the helm.

Despite subpar character arcs and some over the top effects, G.I. Joe: The Rise of Cobra is still a fun watch ten years later. Although the franchise has evolved well beyond this depiction, it’s fair to say that this first cinematic iteration puts the awesome in Awesome Cheese!