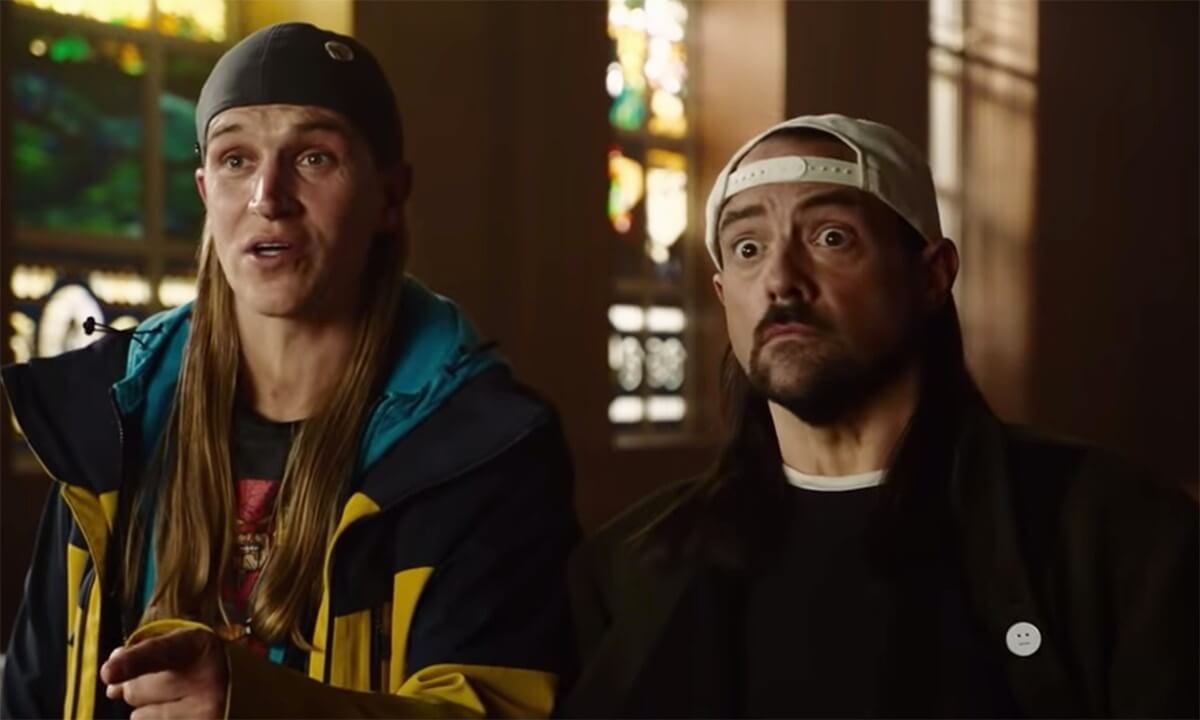 The Jay and Silent Bob Reboot trailer excites me like I imagine few others from Comic-Con will, but to be fair, I was all in for this from the word go. Kevin Smith’s Askewniverse movies have a special place in my heart, and I’ve missed them since Clerks II. Smith made several attempts to bring that world back over the last few years, and while I most regret that Mallrats 2 fell apart, I’m happy Jay and Silent Bob Reboot is coming to fruition. Like Jay and Silent Bob Strike Back, it looks like this one will be chock full of callbacks and returning characters. Brodie Bruce from Mallrats (Jason Lee) and Holden McNeill from Chasing Amy (Ben Affleck) show up, as well as Jay’s love interest Justice from Strike Back (Shannon Elizabeth, and where the hell has she been? She’s too impossibly gorgeous not to be on the big screen), presumably Becky from Clerks II (who else would Rosario Dawson be?), and is that Loki from Dogma that Matt Damon is playing? I’m not sure how that will work, but I’m open to any ridiculous explanation Smith cooks up because Dogma is a classic as far as I’m concerned. Smith’s daughter, Harley Quinn Smith, is also returning, but as a different character; she played Baby Silent Bob in Strike Back, but now she’s Jay’s long-lost daughter (whose name is pure Kevin Smith). New additions include the likes of Fred Armisen, Chris Hemsworth (yes!), Q from Impractical Jokers, and stoner movie god Tommy Chong. And the pair playing Bluntman and Chronic in the reboot is perfect. Jay and Silent Bob Reboot opens on October 15, 2019, but there’s a Roadshow where you can watch the movie with Smith and Mewes, tickets to which can be bought at the website.

What do you think of the Jay and Silent Bob Reboot trailer? Are you excited to return to the View Askewniverse? Do you dream of visiting the alternate universe where Smith got to make that Buckaroo Banzai series? Let us know in the comments and stay tuned to Geeks + Gamers for more Comic-Con coverage!