“Every Word of What You Just Said is Wrong” 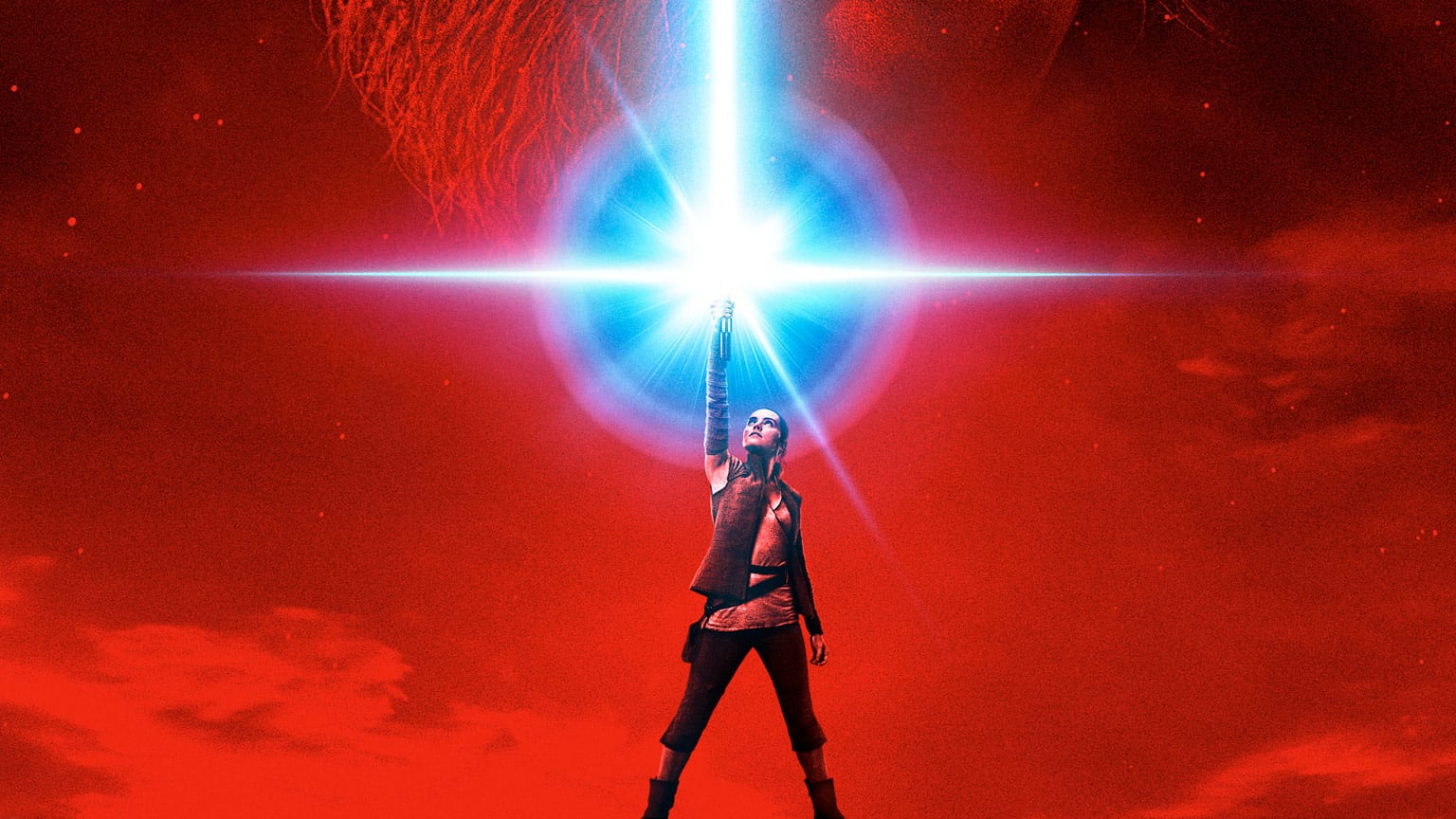 Since I wrote down my own feelings about the movie, The Last Jedi has caused quite a stir. It has its ardent defenders (Ty Rothermal and Mike Kaye among them), but a sizeable chunk of the fandom is really not happy with it, or the direction in which the Star Wars franchise is headed, cinematically at least, and they’re making their voices heard. In response, Lucasfilm – in particular, Kathleen Kennedy, Last Jedi director Rian Johnson, and The Force Awakens and recently christened Episode IX director J.J. Abrams – are doubling down on the decisions made and the state of Star Wars today. That’s fine, and more power to them; it’s a business decision and they’re in charge of the business (along with Disney, but it seems to this observer like the Lucasfilm crew aren’t really being micromanaged by the Mouse House). But what makes me angry, and should make you angry too, whatever your feelings about the movies, is their response to those who disagree, in particular the head it came to when Abrams suggested people who don’t like The Last Jedi are “threatened by women.”

“Their problem isn’t ‘Star Wars,’ their problem is being threatened… ‘Star Wars’ is a big galaxy, and you can sort of find almost anything you want to in ‘Star Wars,’… “If you are someone who feels threatened by women and needs to lash out against them, you can probably find an enemy in ‘Star Wars.’ You can probably look at the first movie that George [Lucas] did [‘Star Wars: A New Hope’] and say that Leia was too outspoken, or she was too tough. Anyone who wants to find a problem with anything can find the problem. The internet seems to be made for that.” [sic] 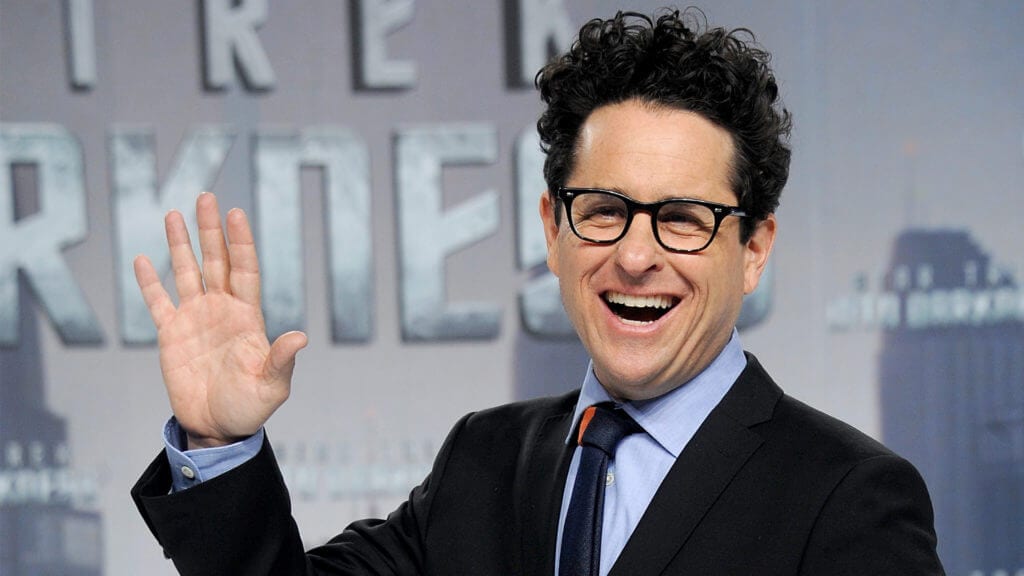 Now, to be fair, he was sort of egged on by the suggestive question, but his response is very accusatory and turns the blame back on the fans. There’s not an ounce of introspection or acknowledgment that there could be a plausible reason for disliking some of the decisions made; just the finger pointed, the accusation of sexism delivered for daring not to give your seal of approval, and the ludicrous notion that there are people who hate Princess Leia. This defensive measure is becoming a tactic of late, most famously with Sony’s all-woman Ghostbusters remake (and look how well it worked for them), a way of countering criticism without having to actually defend the artistic choices of the filmmakers. If challenged, they’ll, I’m sure, jump to the defense of, “Oh, I was just talking about a small group of fans;” the problem is, that’s the only group they talk about. Well, if that’s the battlefield they want, let’s give it to them.

*Spoilers for The Force Awakens and The Last Jedi*

The criticisms to which Abrams is responding mention things like “social justice,” “diversity” and “feminism.” Indeed, these accusations have cropped up often, something to which a cursory glance at YouTube will attest. But where do they come from, and why are they coming now? Many – I would comfortably say most – of the people who are so angry at this movie loved The Force Awakens, which featured a woman and ethnic minorities in the lead roles. If they just want an all-white-male Star Wars universe, where was their anger in 2015? Why were they cheering on Rey, Finn and Poe?

The answer is because in The Force Awakens feminism and diversity didn’t feel like ends in themselves. Rey and Finn were actual characters who had personalities and arcs (Finn in particular), agency and goals, reasons for doing what they did. What were Rey’s goals in The Last Jedi? Finding Luke Skywalker was one of the goals from The Force Awakens, and she found him at the end of that movie. Here, she spins her wheels talking to him on a series of cliffs. She finds out about her parentage, but she isn’t looking for that information; it’s just dropped in her lap by the bad guy. She has no part in the final battle, showing up only to save everyone by lifting some rocks. Even her big fight scene is more about Kylo Ren than it is her. All of this begs the question: why is she the main character? She has nothing to do, doesn’t move the plot forward and doesn’t even seem to want anything. Finn’s initial goals are antithetical to where he ends up; he wants to run away and leave the Resistance behind, but is forced to help out anyway. Aside from ruining his arc in The Force Awakens (from deserting the First Order, to taking on the mission of the man who died [until he didn’t, but that’s a separate issue] to save him, to becoming an active part of the Resistance), this establishes the other main character as having no particular dog in the plot’s race, wishing he were anywhere else than in the action in which we’re trying to get invested. The people who drove the plot in The Force Awakens are letting the plot drive them in The Last Jedi, and that makes for some dull characters. 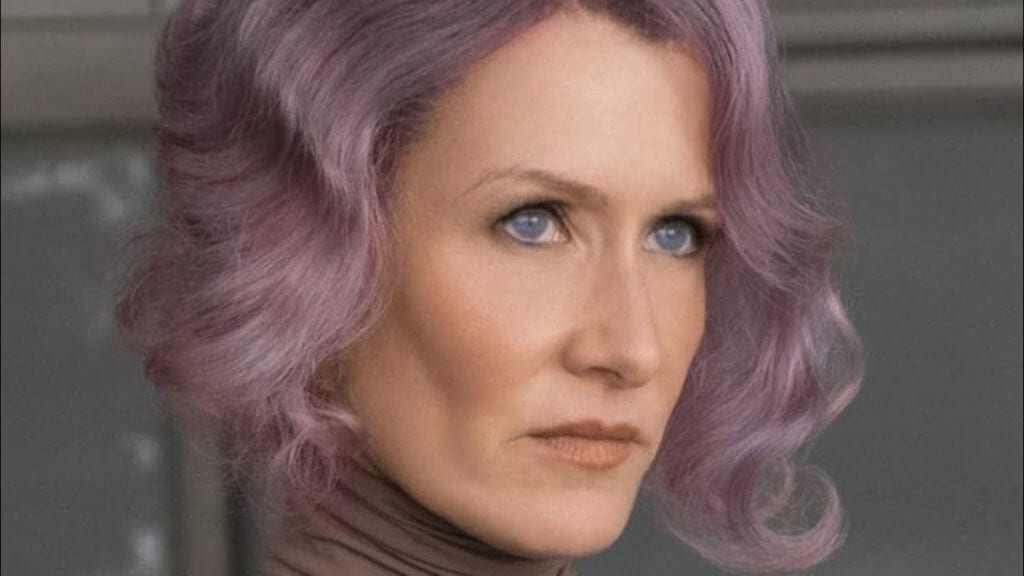 The supporting players fare no better. Poe was a minor character in The Force Awakens, but he played a role in the plot. In The Last Jedi, he makes dumb jokes and screws up everything he touches. Why should we like him? Then there are the new additions, Rose and Admiral Holdo. Rose fills a similar role to Poe’s in The Force Awakens, but she doesn’t function as he did. She does nothing to move the plot along or compliment Finn’s storyline, save electrocuting him in the beginning and stopping him from sacrificing himself at the end. The latter is important; while Poe set Finn off on his path, Rose stops him from seeing the logical conclusion of that path, dying to stop the monsters he was once forced to help. Holdo is the leader of the Resistance while Leia is in a coma, and she shows restraint in the face of the First Order’s aggression, clashing with Poe on the proper course of action, but ultimately proving herself to him when she sacrifices her own life to save the rest of the Resistance. Despite her final moment, most of her screen time is just boring; the whole point of her character is that she does nothing, and the movie argues this was the right thing to do. Moreover, both Rose and Holdo’s roles would have been better served by other, already established characters; Poe would’ve made a better partner in espionage for Finn, further developing the burgeoning friendship hinted at in The Force Awakens, and Leia readily admits that she would’ve made exactly the same decisions as Holdo.

The point is, all of these characters feel useless in The Last Jedi, and if they’re not serving the plot or being developed themselves, viewers are left to ask why they’re in the movie to begin with. (Although, in this case, the better question might be, “Why is this a movie to begin with?”) Moreover, people seem to be picking up on other less-than-stellar aspects of the new movies because of how glaring the problems with The Last Jedi are, such as Rey’s seeming invincibility and sight-unseen mastery of the Force; some people pointed this out in The Force Awakens, but it’s getting talked about a lot more now, compounded as it is by Rey’s – and everyone else’s – handling in Episode VIII. What’s worse, her “Mary Sue” aspects are accentuated by the dumbing down of Luke and Han; Luke is now an inept coward with no control of his emotions, while Han ran out on his family and can’t fly his own ship. Not only are the legendary heroes of the series being denigrated, but it’s in service of what turned out to be a lackluster character. 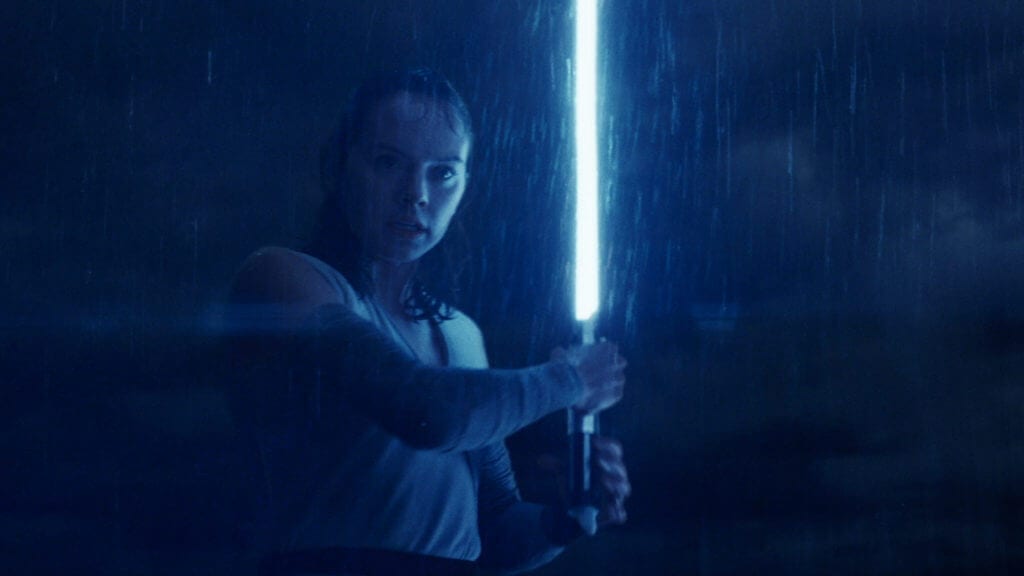 That is why charges of social justice, feminism and diversity pop up as negatives; because, while in The Force Awakens they (mostly) happily coexisted with functional, interesting, dynamic characters, here they are an end in themselves. Why is Rey the lead if she doesn’t do anything? Why are Rose and Holdo in the movie when their very presence detracts from the story and existing characters? The only logical conclusion is, to add more women. Well, I’m sorry, but that’s not good enough. A character in a narrative has to stand on his or her own, not just as the symbol of a cause. And this shows how empty these virtue signaling bouts really are; if they cared so much about representation, they’d put that care into crafting great characters that would catch on with people regardless of their sex or race or any other attribute. That’s why The Force Awakens – or, to use more recent, non-Star Wars examples, Wonder Woman and Black Panther – caught on; people liked and identified with the characters. Not so The Last Jedi, and in the wake of the popularity of these other films, I think the audience deserves the benefit of the doubt.

But they won’t get it, at least not from Lucasfilm, because any kind of honesty was never the point. The “ism” charges are a smoke screen to hide the fact that The Last Jedi is a divisive movie and, without taking anything away from the people who love it, those who don’t have perfectly legitimate reasons not to. (That this even has to be disputed is ridiculous; can you imagine arguing that there is no legitimate reason to dislike anything?) It’s hard to say for sure how much damage, if any, this will do to the Star Wars brand, but I seriously doubt it’s good business to attack the people who love your product the most. And that’s where the anger comes from; if they screwed up Transformers 19 or something it would be forgotten in a week, but people care about Star Wars and want it to be the best it can be. Throwing these folks under the bus is at best ungrateful, and at worst could cost them a lot of money. And then maybe Mickey will step in.

Unfortunately in the case of TLJ, socio-political leanings took a front seat while character development and story took a back seat. And TLJ particularly is where the biggest friction was to be found in the fallout of the film. Cause RJ and the top execs at LFL took the fight to the fans on social media and did long term damage to the brand.

As evidenced by TROS reception and not to forget how SOLO FLOPPED due to in large part the lingering effects of TLJ and the fallout that followed with the fans on SM. Some folks love The Mandalorian. That’s good for them. But the show really just rested on the same, “Nostalgia Crutch” that has been in use since TFA. If one was to just make very minor tweaks and adjustments to the show, it could take place right smack in the middle of the OT Galactic Civil War? And that would only take some minor adjustments to some episodes and dialogue changes.

But the OT aesthetic is right there all bold and puffing its chest out and a FEW good scenes or sequences isn’t really winning me over. A few good characters and some decent parts of episodes just doesn’t work for me in the long run. I watched all the episodes when they first came out, NOW I can barely recall anything about them? Apart from Gina Carano, the Ahsoka and Luke episode, that is all I can recall? Oh and the episode with the prison breakout was OK. Other than those? I couldn’t remember even if I truly wanted to.

I don’t think that Diznee or LFL are ready to venture out beyond the boundaries of the OT anytime soon….