Lots of Old-School References and Great Visual Dynamics, Voices are Ok with an Underwhelming Mario 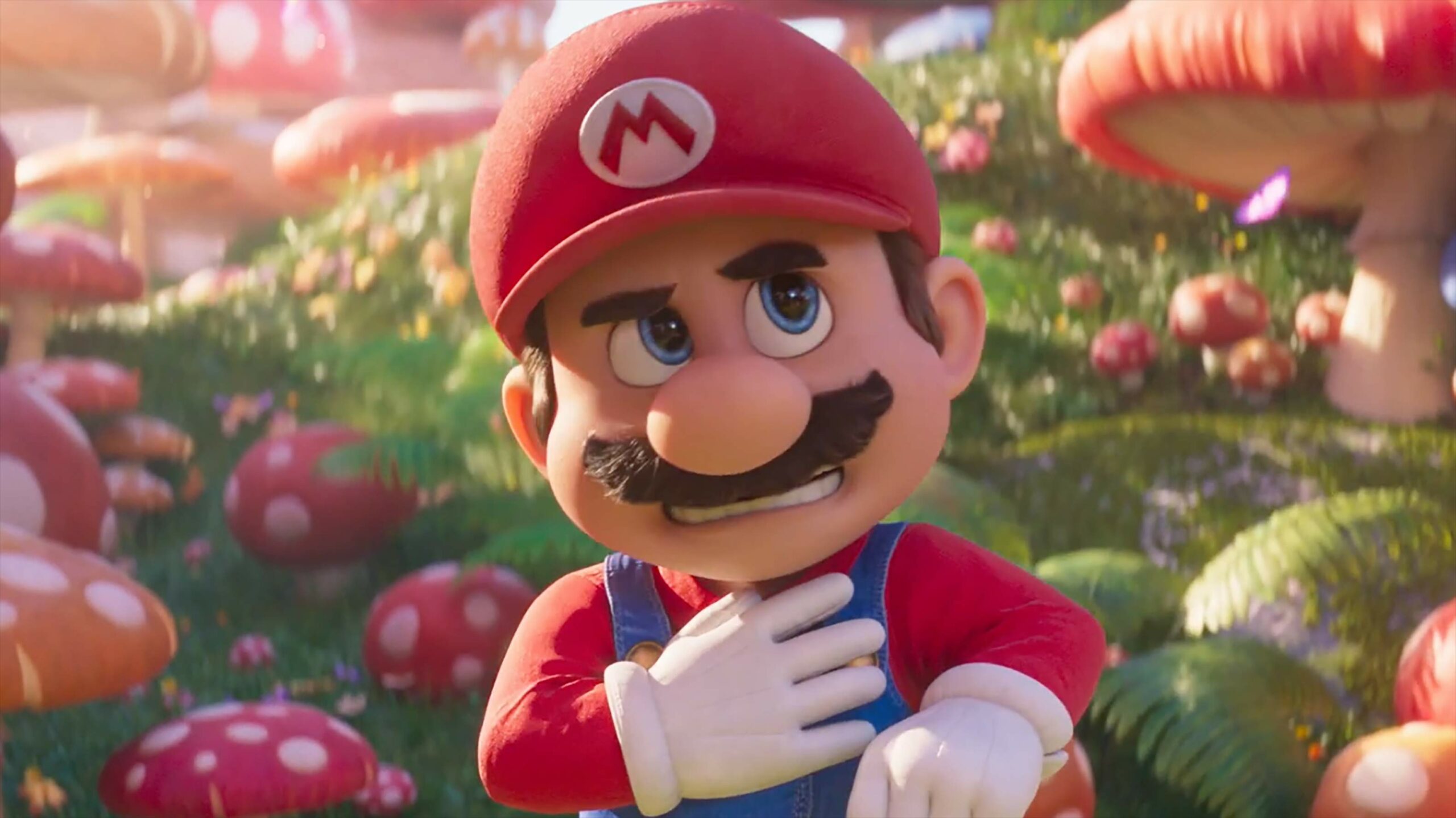 Nintendo and Illumination Studios have finally released the first official trailer for the animated Mario movie, officially titled The Super Mario Bros. Movie, and it’s not as devastating as it could be. Here’s the full two-and-a-half-minute trailer:

The visuals of the whole production look lush, detailed, and bombastic – very true to the Mario video game equivalents, especially on the Nintendo Switch. Before the teaser was shown during today’s Nintendo Direct, the Super Mario Bros. Movie poster was revealed and garnered tons of praise for its striking landscape design, which ended up flowing beautifully in animated motion for the new trailer. Here’s a big close-up of the poster to appreciate the detail and scale. 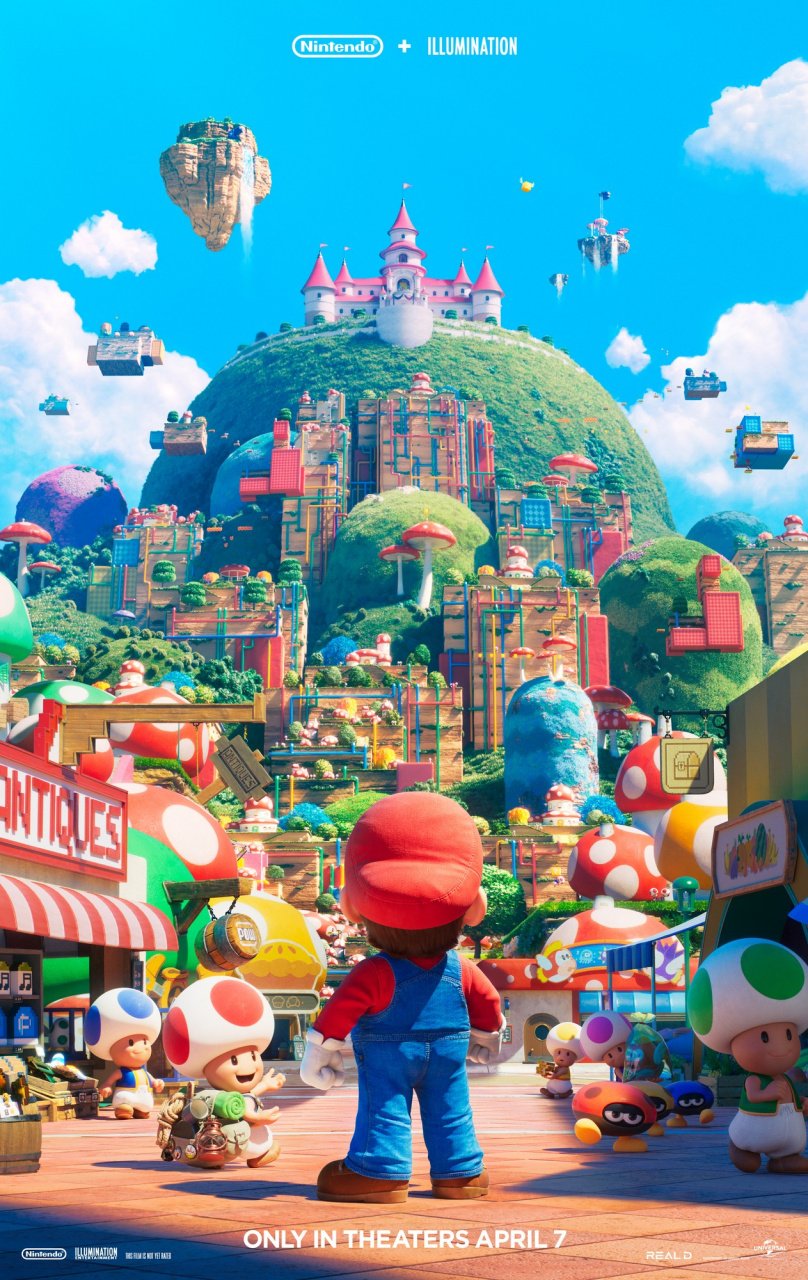 Fans noted the numerous references to classic Mario games, such as the P Switch and the infamous hammer that defeats Bowser in the original Super Mario Bros. for the NES. Well, this trailer follows up the poster nicely with more of the same. Right from the get-go, the scale of the visuals is displayed. Fireballs hurl from above, and a sparkling blue-domed ice kingdom glimmers in the distance. Bowser’s infamous ship is headed right toward the blue-domed structures. The trailer does an excellent job of contrasting Bowser’s fiery hot colors and the cool blue of the ice kingdom that Bowser’s marching toward. Clearly, Illumination is proud of its visual palette, and for good reason.

Next, we get our first listen at one of the voices, Bowser’s mage commander: Kamek Koopa.

Kamek is voiced by Kevin Michael Richardson, and the performance is fitting in the sniveling snake-like tone Kamek snides with when introducing Bowser.

Jack Black as Bowser was one of the more common-sense casting choices since the initial announcement, so it’s not much of a surprise that Bowser’s voice is fitting in its over-the-top adorkable villain direction. Although this trailer emphasizes the big, bad, terrifying aspect of Bowser more than the comedy from games like Paper Mario, we all know Jack Black will bring the comic relief, whether we want it or not.

Now, I love the reference in this next bit. Out comes an army of penguins to meet Bowser’s military might. But these are not just any penguins; they’re the baby penguins we all used to get headaches from trying to save in Mario 64. Here, we get another voice from the patriarch of the penguins. Khary Payton is apparently the voice of the head penguin, who probably won’t get any screen time, considering what happens next anyway. The main takeaway from this part is the scale of the movie, the villain Mario is up against, and the references rooted deep in Mario history, such as Mario 64.

Bowser defeats the penguin army and obtains a grand star, which, in Mario terms, has amounted to everything from invincibility for a limited time to powerful fuel for traversing vast distances.

So, let’s cut to the chase; Chris Pratt’s Mario is not anything we didn’t expect. It’s basically Chris Pratt playing a slightly Italianized Chris Pratt. The accent is very subtle, but other than that, it’s just a regular Pratt voice. Honestly, though, if Pratt tones down a bit of his usual snark, the portrayal could be halfway decent. Verdict: not as bad as I expected, but not surprising or better than Charles Martinet by any stretch of the imagination. If anything, we’ll get a very basic-sounding Mario.

So, yeah, Mario isn’t from the Mushroom Kingdom, and it’s an Isakei type of story. Ah, screw it; here are some funny responses to Mario’s voice from around the internet.

me listening to chris pratt's voice come out of mario's mouth pic.twitter.com/yH3IKPjMBm

Next, Toad jumps out of some mushrooms and shouts at Mario not to eat the poison one. Keenan Michael Key as Toad is a decent enough fit, though the funny gremlin-ish Toad noises from games like Mario Party or the numerous Mario sports games are still absolutely unclassed.

At the end of the trailer, Luigi gets chased by a horde of dry bones and shuts himself in… you guessed it… a mansion. Not gonna lie; that’s a pretty cool way to end the trailer. You know, Luigi’s Mansion?

Overall, the showing was a success in that its impressive animation and visual style more than made up for the voices. I’m more disappointed by the music shown in the trailer than anything else, considering how low-key and un-Mario it all sounds. Regarding the voices, of course, Chris Pratt sounds like Chris Pratt, but when the Italian accent is subtle, it becomes at least tolerable. We’ll see in the long term if Pratt comes anywhere close to matching Charlie Day as Luigi (which we didn’t hear in the trailer) or the other cast:

And the original voice of Mario, Charles Martinet, who is playing some background roles in the movie (perhaps an older or younger Mario?).

Geeks and Gamers react to the Mario movie trailer:

Wonder if Nintendo will listen to the Mario voice feedback and have Chris go back in to have a more faithful sounding voice. Knowing Nintendo, probably not but we’ll see. They have some time to work with, might happen.