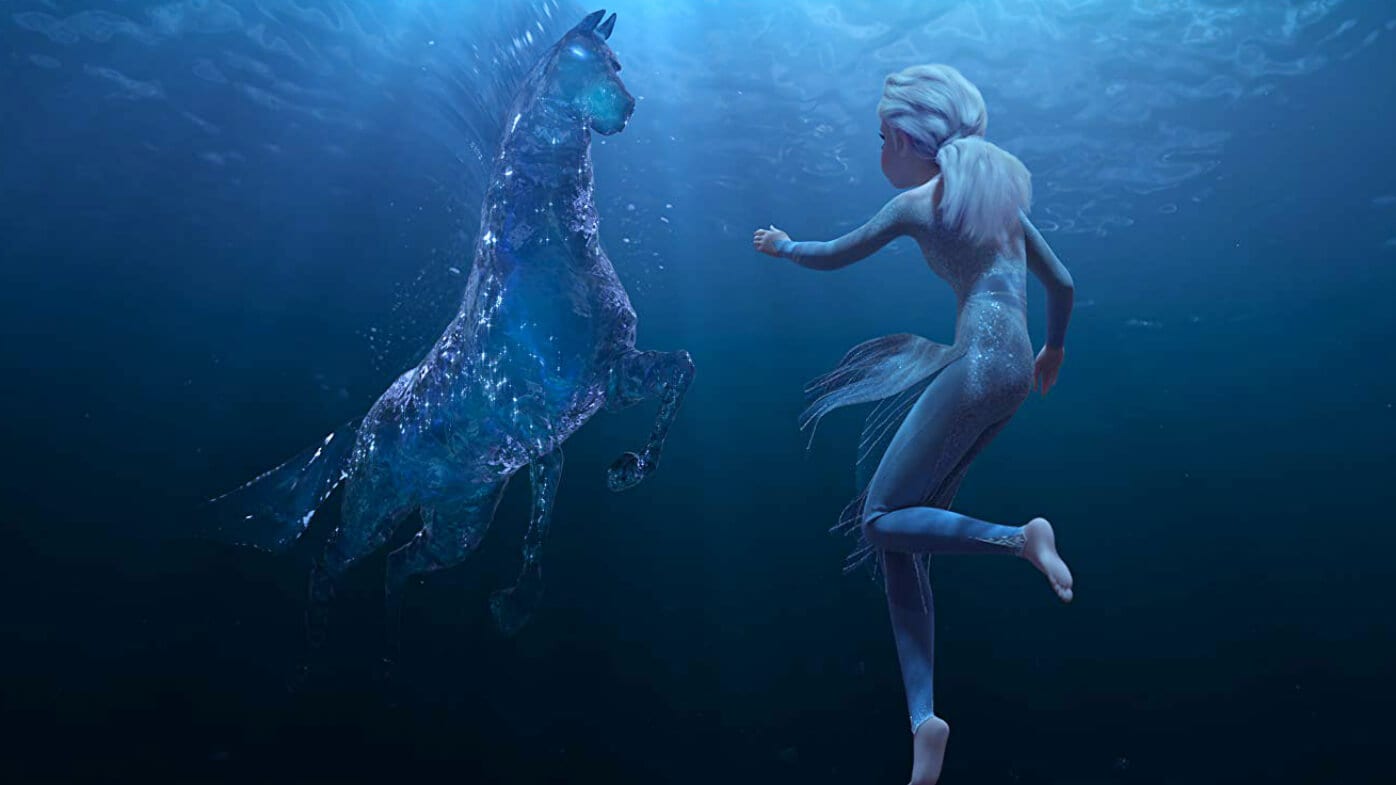 Disney has released the second trailer for Frozen II. This clip shows a little more than the first one, and you can check it out here:

Virginia: Thus far, I think the marketing campaign for Frozen II has been absolutely incredible. They’re showing us just enough to create intrigue without spoiling the film, something I wish more trailers could do.

Munir: Agreed. It’s so different from the marketing of the first film, which initially resembled the marketing for Tangled (which was terrible), with lots of gags and noise. Very Illumination-esque. Then, everything changed with the third trailer, where they embraced the musical aspect of the movie and promoted it as the “biggest event since The Lion King.” I think that trailer was partly responsible for the film’s success. Now, Disney is embracing the fantasy, the music, and the mystery. No more stupid gags, no more noise. Just beautiful animation, excellent background music, and a mystery that has kept us on our toes.

V: That’s a good point; the first film’s trailers were very different from these. Tangled is always my first example when discussing misleading ad campaigns for movies. There must be some money in making your movies look like stupid tripe for toddlers, but I don’t understand it. While Frozen isn’t one of my favorite Disney movies (although Tangled definitely is), it is a much better film than the trailers would have led me to believe. The new film’s trailers are going much darker and more mysterious, and I think it’s just perfect. They’ve made me eager to see a film that I initially discounted as unnecessary.

M: Exactly. I think in the early 2010’s, Disney was unsure that princess fairy tales were gonna be successful (and The Princess and the Frog underperforming contributed to that), so both Tangled and Frozen’s marketing suffered because of that. Disney was focused on avoiding the musical, fairy tale aspect for as long as they could; that’s why they show us endless gags, like they were saying: “We are cool! We are funny!” Only after Frozen’s tremendous success, they changed gears, and now we finally have an excellent marketing campaign that has even the more skeptical (like us) excited about the sequel.

V: That’s a great observation. I think many factors contributed to The Princess and the Frog underperforming, like its chosen release date, underwhelming trailers, and more. However, I don’t think the fact that it was a fairy tale musical was among them, and as usual, Disney learned the wrong lesson, and we got Tangled ads featuring “Trouble” by P!nk and tons of ridiculous slapstick with the animal characters. Do you have a favorite moment in this new Frozen II trailer, Munir? Mine is when Grand Pabbie talks about the past.

M: Speaking of The Princess and the Frog, I think the title is very misleading since Tiana is not a princess until the very end of the movie. Also, in the promotional material, she appeared with that elegant dress, which was a costume, and she wore it like for five minutes in the entire movie. Had they stuck with The Frog Prince as a title and showed Tiana as a hardworking woman, the film would have been more successful. But enough about the past. I actually have two favorite scenes in the trailer. The opening with Elsa trying to cross the ocean (which was also in the first teaser) and when Elsa opens that magical door and they all cross to the other side. Interestingly, your favorite part involved the trolls because they were my least favorite part of the first film, and I think you didn’t like them as well. Now, it seems they are going to have a better purpose, and I’m excited to see what that would be. 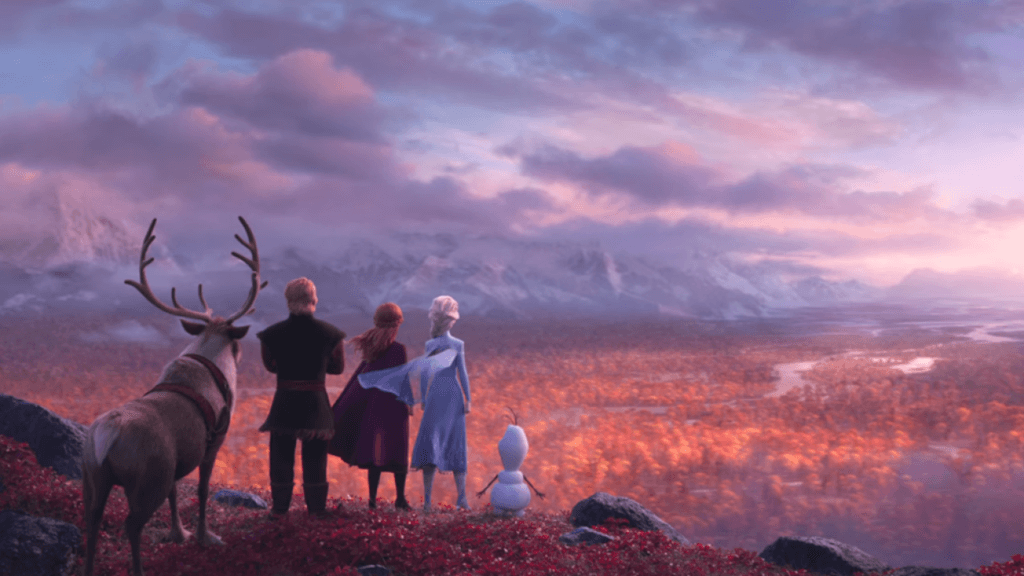 V: The trolls were awful in the first movie, and the central cause of many of its narrative and thematic issues. However, as you mentioned, this film could serve as something of a redemption for them. I’m curious to see where that thread goes, and about the movie in general. The fact that they’re giving us so little makes the film seem mysterious and exciting, and the musical arrangement in the trailer is brilliant too. The opening “Vuelie” appears to be the theme song for the Frozen series, and I like how different this version is. That scene you mentioned with Elsa in the water is badass and adds to my intrigue with this film. As you know, I am no Elsa fan, so she is another character I hope to see improved in this film. On that note, I was dreading them making her the lead, as she has always somehow overshadowed Anna, the main character of the first film. However, as much as I love Anna and not her sister, this could be a good step narratively.

M: I really hope Disney releases the background theme because I would listen to that on repeat. I also hope they develop Elsa more, even if Anna takes the backseat on this one. It’s also interesting that so little time has been devoted to the sidekicks. The first teaser for the first film was literally a short between Olaf and Sven, and now, Olaf hasn’t spoken one word in either trailer. I’m sure there are going to be gags in this film (after all, this is a Disney movie), but the fact that they are downplaying that aspect shows how far we’ve come since the first film. Another point of interest is that this second trailer didn’t feature any new characters (we got a glimpse of one in the first teaser), and they chose to focus on the main group. Who do you think these new characters are?

V: That’s a good question, and one that I was wondering about with the initial teaser as well. I’ve seen speculation that the little girl could be Evan Rachel Wood’s character, and possibly Anna and Elsa’s mother. If so, obviously this would have to be a flashback. That being said, she looks much darker-skinned than Queen Iduna did in the first film. However, it would be really cool if we could learn more about their parents, as they got so little focus (and such a predictable, unceremonious demise) in the first film. It would be good to see more of King Agnarr’s good traits since, in the original Frozen, most of what he does is scare and try to control the very young Elsa.

M: I didn’t even know they had names! If they are indeed their parents, I hope we get to know them better. Another aspect that I’m loving is that they are opening the world, and the new lands look mystical, dangerous, and absolutely stunning. One thing that I want the film to have, even though we don’t know what the threat will be, is a proper Disney villain. Enough with the secret villain thing. It’s been overused, and it’s time to have a larger-than-life antagonist with a badass song.

V: I agree entirely. The plot-twist villain has only really been done well in a couple of Disney’s films anyway, and they’re on a ridiculous streak with them. Hans was a total waste of a great actor in Santino Fontana and a really appealing character design. The epic feel they’re imbuing the marketing with does lend itself to a great battle between good and evil; I hope we don’t just have evil snowmen or something goofy like that. 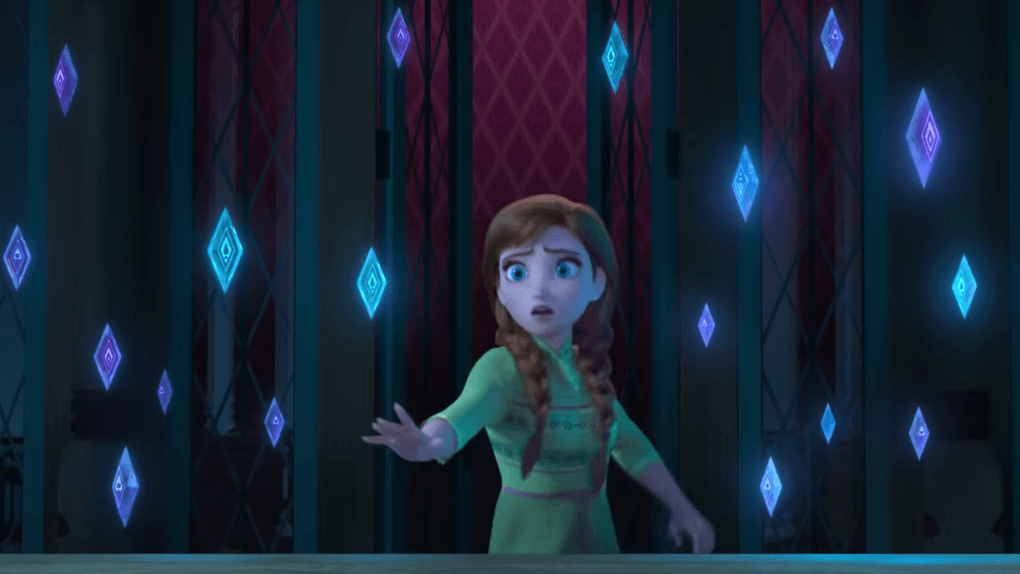 M: Maybe we’ll meet the real Snow Queen, who is a villain in the original story. Anyway, to sum up, the new Frozen II trailer continues the brilliant marketing campaign that Disney is using for this movie. With stunning animation, beautiful music, and exciting intrigue, Disney has made me very excited for this film that I was only mildly interested when it was first announced. Now it’s one of my most anticipated movies of the year, and if this hot streak continues, I’ll be there opening week for sure.

V: I’ll be seeing the film on opening night as well, and will have a review you’ll be able to find right here on Geeks + Gamers.