INTERVIEW: Felicia Day Talks Voyage to the Stars Season 2 and Embrace Your Weird 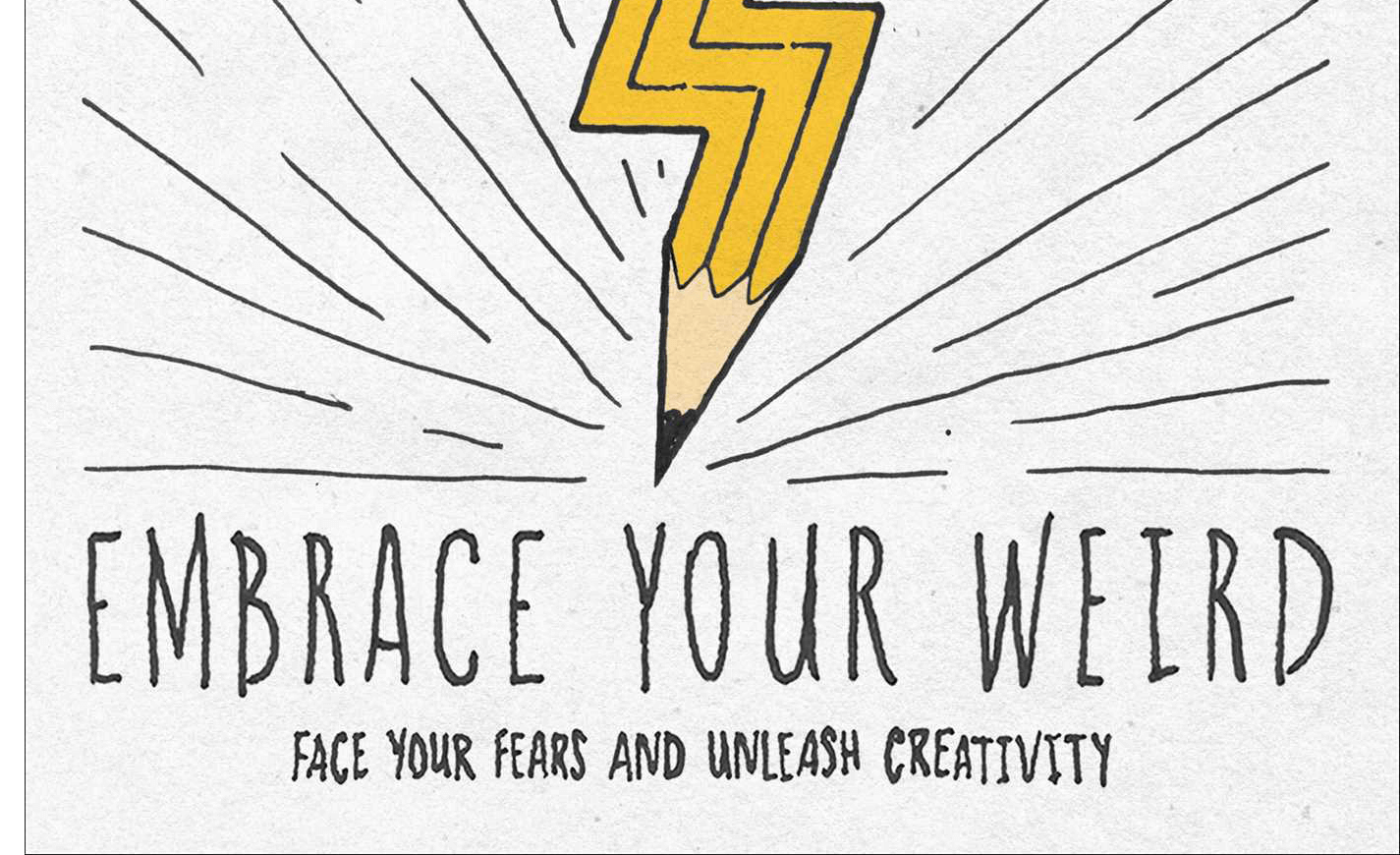 I have been following Felicia Day since Dr. Horrible’s Sing-Along Blog, so when I found out that she had not one but two new projects in the offing with Voyage to the Stars season 2 and her new book Embrace Your Weird: Face Your Fears and Unleash Creativity, I knew I had to find out what was behind these exciting new entries in this fan favorite’s repertoire.

The genesis of my book Embrace Your Weird came out of my writing my memoir several years back and seeing how people came up to me and said because of my story they started to create, and got help for their anxiety and depression. That reaction made me so motivated that I wanted to do another book that gave the keys, more to the reader than to me, with the storytelling, so I’m really excited about it. It’s an interactive, funny, geeky, self-help book that really helps people unlock who they are and gives them control to show it to the world. The other project is Voyage to the Stars; it’s an improvised sci-fi podcast. It’s super funny; it stars me and Colton Dunn, Janet Varney, Steve Berg and our new cast member, Kirsten Vangsness, this season, and it’s a funny romp through space about a bunch of misfits trying to get back to Earth. We have amazing guest stars every episode, and it’s improvised, so we make up all the words in-between.

What did you learn from your previous projects, such as The Guild, that you bought with you to Voyage to the Stars season 2, and what’s a moment that stands out to you?

I don’t really spearhead the physical making of the podcast. That’s my business partner Ryan Copple; he’s the creator of the podcast, so he actually ran Geek and Sundry for me for several years in production, and the whole company. As a creator, he has a really fun way for actors to improvise, but also know where they’re going, so nothing is really meandering. We all kinda know the story outline; we just don’t know how we’re going to get there. That makes it so fun. It’s an office space that will just completely surprise you, and a big hot mess. There’s one moment where Angela Kinsey – she’s our guest star – I don’t want to spoil anything, but she’s bought out the worst in my character in a very funny way.

What makes Embrace Your Weird different from your previous book, You’re Never Weird on the Internet (Almost)?

My previous book was a memoir, so it’s really telling a story. This book is more of an interactive self-help book of a sort, so I’ll talk about an issue like procrastination or the importance of creativity in your life, and then immediately after, there’ll be an exercise that the readers have to fill out and actually write inside the book to really unlock each section in their own personal way. It’s an interactive book.  It was a challenge, but I think it really worked.

I’ve found that if creatives find their voices, it often helps them find a wider audiences. So it’s really cool the book is gonna facilitate that.

Yeah, the first section is really about finding out who you are as a creator and what you’re interested in, and then there’s another section about overcoming enemies standing in our way, like fear of failure and jealousy and regret and all those things. And then there’s how to just let your voice out there in a fun way, so it’s really a process. The whole book is a journey that we go on together, and it’s a funny, whimsical book that doesn’t take itself too seriously but hopefully, by the end, you will have a really nifty scratchbook that you can take with you into the world.

What makes Embrace Your Weird stand out on the shelf compared to other books like it?

You know, I think that if people know who I am, they certainly know that I have creativity that’s out of the box, and that quality carries over. I think the name of it, Embrace Your Weird, is pretty spot on and ties in to what I do myself, which is really to show people what makes them special in ways they haven’t thought of. So I think, for self-help books in general, they’re often very weighty, very lecturey, not very funny or geeky or whimsical. This one is just full of drawling, ridiculous exercises, funny stories about my life. It’s really about unlocking each individual reader’s specialness, in a way.

What I’m getting is that you’re coming at it from a place of joy that maybe isn’t typical in books like these, and I think that’s gonna be important, since it’s coming from a place of positivity.

With Supernatural coming to an end, what do you think the legacy of the show will be, and is there a chance we’ll see Charlie again this season?

I think the legacy of it is it will be the longest-running genre TV show in history. It’s so funny how wonderful the show has been for so many years. There won’t ever be a show that last 15 years again, and I’ve been on it for almost eight. So I can only be blessed if Charlie makes an appearance. There’s no plans to do that right now. There’s only halfway through the season, so I’m crossing my fingers that we’ll at least see where Charlie ends up in the canon before it’s all over.

I have several writing projects I’m working on next. I can’t talk really about them. I’m also producing a television show called Woman World, which is an animated show for Freeform. I have some acting things I can’t talk about as well, so everything’s in an unannounced phase, but there’s definitely some things I’m really excited about.

We’d like to thank Felicia Day for her time. Voyage to the Stars season 2 will be out in 2020 and Embrace Your Weird is out now on Amazon and wherever books are sold!