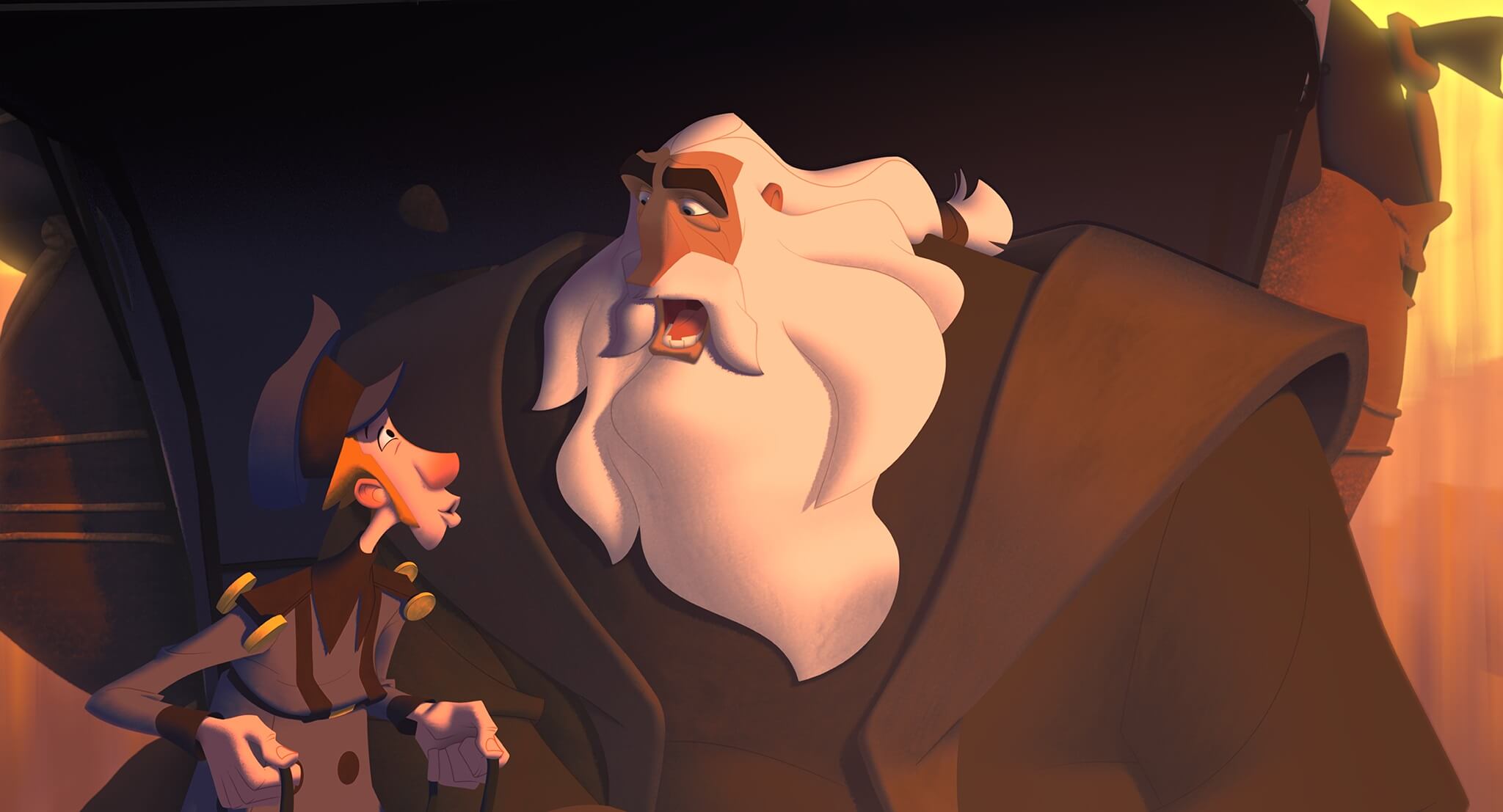 Netflix just unveiled the first trailer for its first original animated film Klaus. You can watch the trailer below:

Directed by Spanish animator Sergio Pablos (creator of the Despicable Me franchise) and his production company Sergio Pablos Animation located in Madrid, Klaus looks to be a holiday treat. Even more than that, it could be a potential game-changer for the animation industry. And while the Klaus trailer is not a complete winner (it’s overlong, and the editing is all over the place), the visuals alone make up for its lack of momentum. Here’s the synopsis provided by Netflix:

“After a super mysterious but VERY talented carpenter was discovered by an ambitious postman, it was clear that winter in Smeerensburg would never be the same again.“

As you can see in the trailer, Klaus is an origin story about how Christmas and the myth of Santa Claus came to be. The Klaus trailer showcases the main characters, some story bits, and funny gags. It’s fine on the whole, but it seems that Netflix just mixed in whatever they could and it made a too-revelatory trailer. I would’ve preferred a more mysterious one akin to the Frozen II trailers that Disney has been releasing. However, even if the Klaus trailer could’ve used better editing, the real winner is the visuals, because the film looks absolutely stunning and different from the usual hyper-real CGI animation that most American studios do nowadays. Using an innovative and impressive lighting technique, Pablos has pushed traditional animation forward, presenting a film that proudly and boldly brings the medium back in a big way. And although it’s disappointing that it will only have a limited theatrical release, maybe that’s for the best. A film like this, handled by a traditional US distributor, would’ve barely had an impact. It would have likely bombed at the box office (particularly against Frozen II) and reaffirmed the belief that traditional animation is not viable in the US anymore. Netflix, on the other hand, is available in 190 countries, and that increases the chances for this film to be discovered, paving the way to making it a classic and pushing the animation medium, particularly traditional animation, forward.

After years of waiting, Klaus is almost here, and by the looks of it, it was worth the wait. Beautiful character designs, superb backgrounds, and innovative traditional animation – all packaged in an endearing story – makes it a must-see event of the holiday season. Featuring the voices of Jason Schwartzman, Rashida Jones, JK Simmons, and Joan Cusack, Klaus arrives in a limited theatrical release on November 8th and on Netflix on November 15th. Don’t miss it!