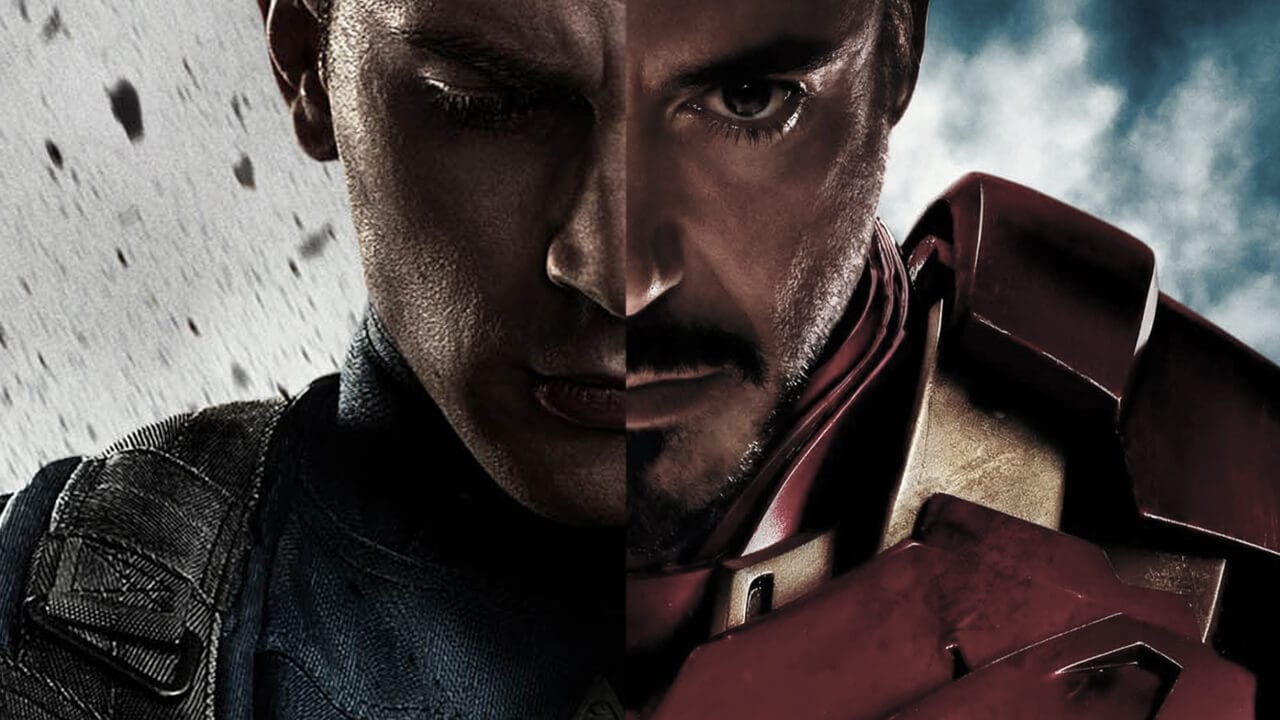 Phase 3 of the Marvel Cinematic Universe will conclude with Avengers: Infinity War (or begin to conclude, anyway; the true finale will be whatever Infinity War’s sequel/second half is called, but I sincerely doubt Earth’s Mightiest Heroes will be done tangling with Thanos by then), but it began with a different, more intimate war. Captain America: Civil War set the stage for the upcoming battle with the Mad Titan by disassembling the Avengers based on ideological differences, differences embodied in the leaders of the two opposing camps, Captain America and Iron Man. The MCU has been highlighting the contrasts between the two since they first met in The Avengers, but alongside that thread has been the more subtle suggestion that Steve Rogers and Tony Stark are more alike than either of them realize (and, likely, than either of them would care to admit), and their main unifying trait is shared by their fellow Avengers as well.

When the Cap/Tony rivalry comes to a head in The Avengers, Cap calls Tony a “big man in a suit of armor” and says, “You’re not the guy to make the sacrifice play,” while Tony retorts, “You’re a laboratory experiment, Rogers; everything special about you came out of a bottle.” In between, each questions the other’s status as a hero, and that’s the crux of their conflict; they see each other as a lucky steroid freak and a selfish rich kid with a fancy vehicle, but not as heroes. By the end of the movie, each realizes he was wrong about the other: Tony watches Cap keep it together while he panics and tries to leave, and he understands that Steve Rogers, the man underneath the super soldier body, is the guy to lead the Avengers into the hopeless fight awaiting them; Cap watches Tony literally make “the sacrifice play,” laying down his life to save the world from an alien invasion. At heart, Steve Rogers and Tony Stark are cut from the same heroic cloth. 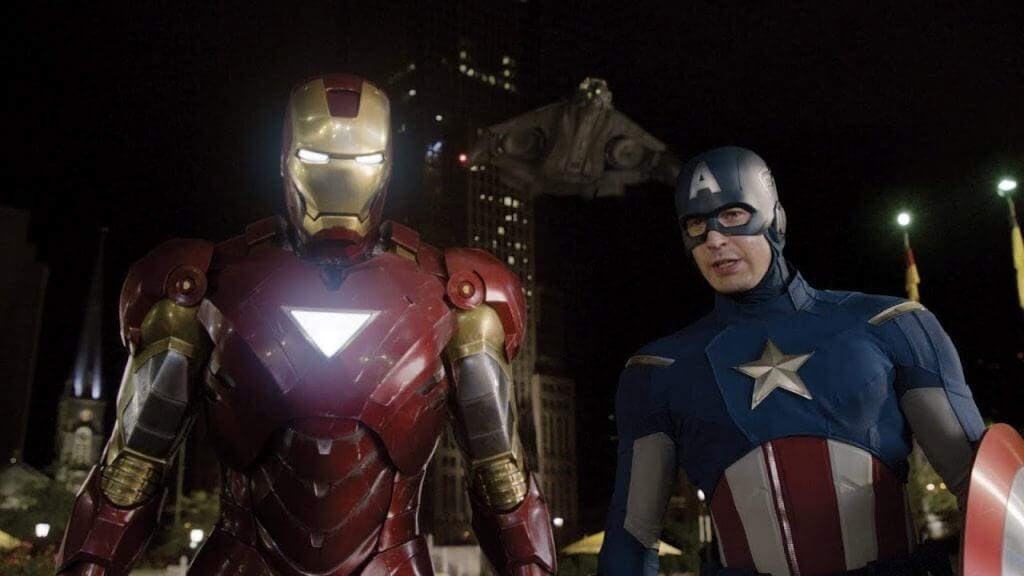 Avengers: Age of Ultron takes these now-established heroes and questions their motives. When confronted with the big three Avengers, Ultron says, “Captain America, God’s righteous man; still pretending you can live without a war.” Could he be correct about the guy who’s always ready to jump into combat? Is Cap fighting the good fight simply because he needs to fight? In the same scene, Quicksilver – who, along with Scarlet Witch, blames Tony Stark for his parents’ death at the hands of Stark’s tech – suggests Tony should feel at home on a weapons barge, and Tony responds, weakly, “This was never my life.” Tony has brought a lot of conflict to the world via the weapons he’s manufactured, and while their proliferation among the less-savory elements of worldwide conflicts wasn’t really his fault, every misused missile still bears his name. Moreover, he’s looking at his newest creation, an artificial intelligence intended to bring about peace but just causing more war, much like his ordinance from times past. Is Tony, like Cap, stuck in a cycle of needing a fight?

Civil War suggests that’s the case, but it argues that, contrary to Ultron and Quicksilver’s admonishments, not only is their drive a good thing but what makes them heroes in the first place. When discussing Captain America’s standing down in the face of the Sokovia Accords he refuses to sign – and, in particular, the campaign against his wronged friend Bucky – Cap says, “If I see a situation pointed south, I can’t ignore it. Sometimes I wish I could.” Tony sees right through his friend and says, “No, you don’t,” and Cap, smiling, agrees. Tony then relates his road to signing away his superhero rights, triggered by his losing Pepper Pots over his inability to ever quit being Iron Man, finishing with, “I never stopped, because the truth is, I don’t want to stop.” They both can’t step away from battle, or from their superhero identities, not because they crave war, but because they can’t allow a war that will claim innocent lives to go unfought. As their defining armaments – a shield and a suit of armor – suggest, Steve Rogers and Tony Stark want to protect, and when people are in danger neither one can walk away. 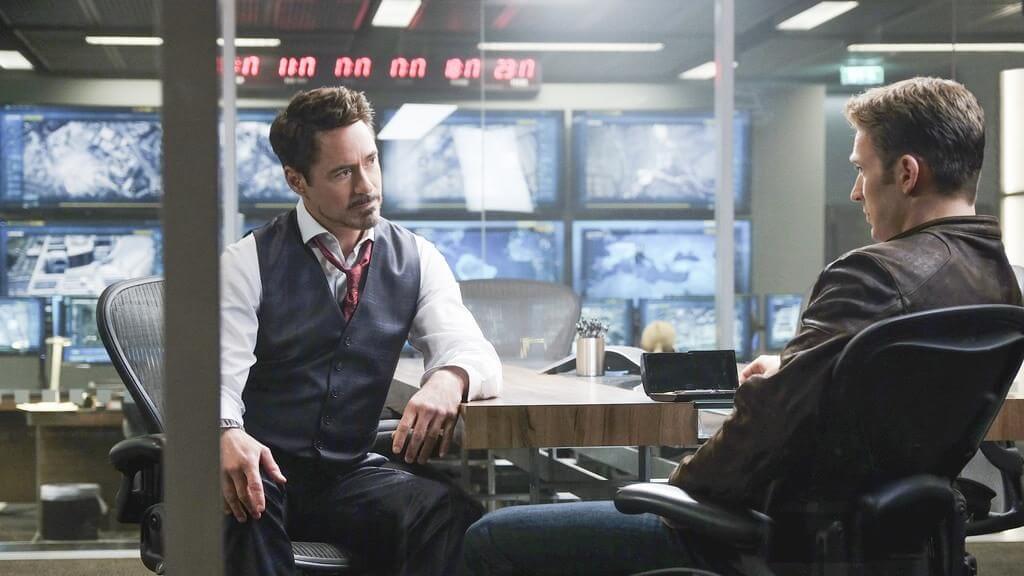 Therein lays the tragedy of Civil War: instead of signing their rights and autonomy away, giving up their heroism to the whims of corruptible bureaucrats, Cap and Tony would have been better off keeping each other in check. Cap could have reined in Tony’s undisciplined experimentation (keeping him from, say, making another Ultron style mistake) and Tony could have stopped Cap from getting himself killed in one of those battles he can’t keep himself from running into (“I just design everything, pay for everything, make everyone look cooler;” but his tech also protects them all). Instead, spurred on by the threat of loss – Tony of Pepper, Steve of Bucky –  they’re at war with each other and totally unprepared for the big purple guy who wants to destroy the universe. To quote Vision, “Catastrophe.”

Compounding the tragedy, this trait bleeds into some of the other heroes in Civil War. Peter Parker says, “When you can do the things that I can and you don’t, and then the bad things happen, they happen because of you.” Clint leaves his family life behind when there’s derring do to do derringly (“I was supposed to go water skiing, but Cap needs our help”); he then convinces Wanda that actively being a hero, as opposed to “sitting on your ass,” is the true path to redemption. Scott Lang puts all the progress he made rebuilding his relationship with his daughter in jeopardy to be a hero. Natasha signs up with the registration side of the superhero divide not because she believes in it but because it seems the easiest way to keep the Avengers together, but ultimately she realizes the only way to truly do that is to fight for what she knows in her heart is right, going on the run instead of staying comfy out of the fray. All of them find they can’t live without war, but it’s because they can’t let evil happen while they do nothing, not for the sinister motives Ultron believed. 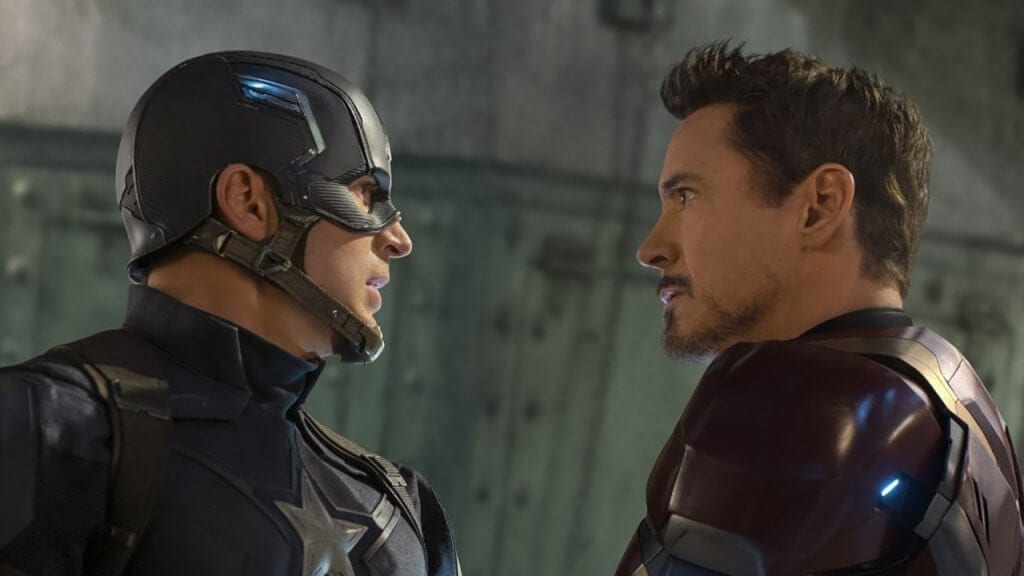 When Infinity War rolls around in a couple of weeks I expect to see the conclusion of this theme, with the Avengers realizing that only they, unencumbered by the restraints of politicians (I’m dying for a scene where Tony Stark can’t fight the first wave of Thanos’ offensive because he has to wait for Timbuktu to sign off on it) can save the universe. A threat as big as Thanos and the Infinity Gauntlet is actually the perfect way to make them all finally grasp this; they won’t want to fight him because they crave war, but because everyone in existence will die if they don’t and heroes don’t stand by when people need their help. Deep down, Captain America, Iron Man and the rest know this; now they just have to remember it.