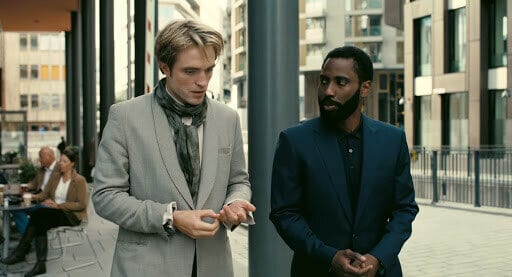 I suppose it was inevitable that they would reveal more than was necessary about Tenet. I wish they’d just left us with the teaser from late last year, where we had only the vaguest of ideas as to what’s going on in this film. Christopher Nolan has become the kind of director who can sell a movie on his name alone; elaboration isn’t necessary. But that never happens, and now we have a new Tenet trailer to peel back a bit of the curtain. Thankfully, it isn’t much; we know that John David Washington’s character is after a Russian – presumably Kenneth Branagh – who can “communicate with the future.” What that means still isn’t completely clear, which is good, and I hope it stays that way. Robert Pattinson gets some more face time in the new Tenet trailer, and he’s using his native English accent, so I assume he’s from MI6, or whatever British agency is the equivalent of the one for which Washington works. Michael Caine’s brief appearance is from the same scene as the teaser, which indicates that he has a bit part at best; maybe he’s Pattinson’s handler or some kind of go-between for him and Washington. There’s more of Elizabeth Debicki as well, though we still don’t know what her role is. I shouldn’t carp, really; it could’ve been much worse. Inception, for example, had an incredible teaser that told the audience everything we needed to know: Christopher Nolan made a science fiction movie starring Leonardo DiCaprio that had some trippy special effects. Then the full trailer came out and revealed everything about DiCaprio’s team of dream infiltrators and what inception was as a concept. The new Tenet trailer doesn’t go nearly that far, and that’s a win. Now, to cling to the hope that it makes its release date.

What did you think of the new Tenet trailer? Will the release date hold? How impossible will it be to score IMAX tickets when they can only sell every fourth seat? Let us know in the comments and stick around Geeks + Gamers for more movie news!