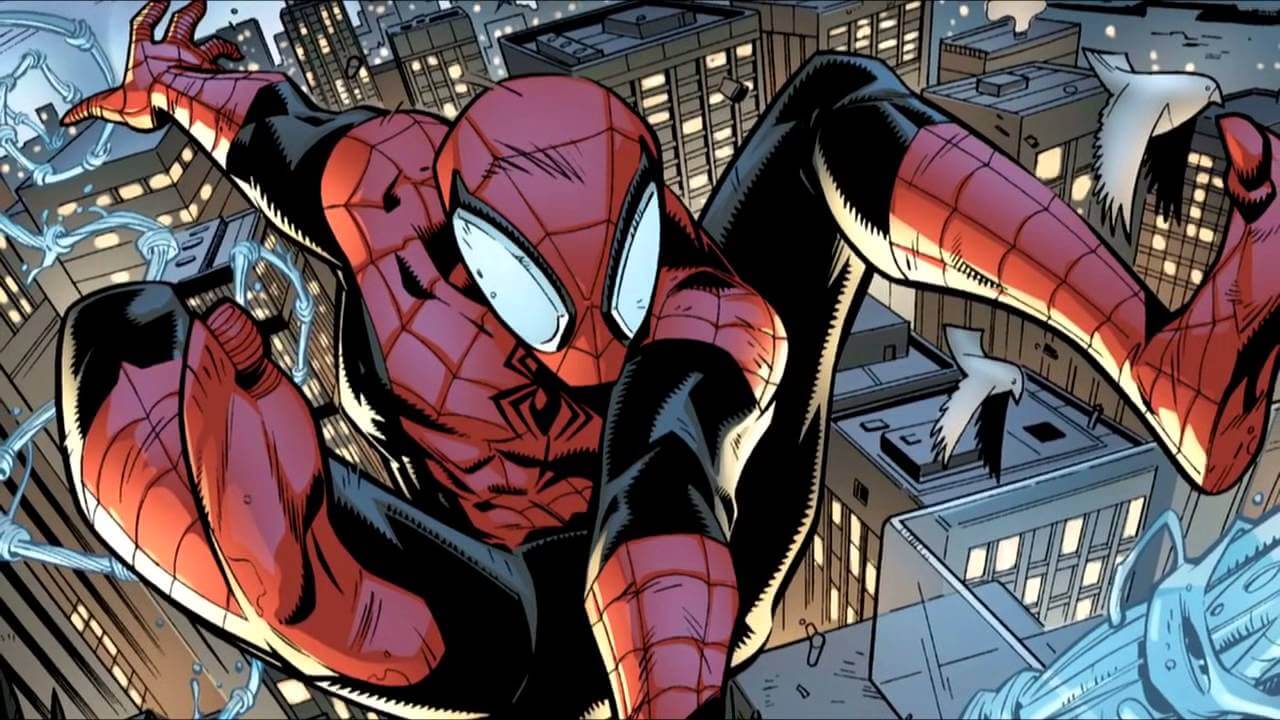 Now that Mysterio has reared his so-far-fishbowlless head, it’s Spidey’s turn, as pictures have surfaced of Tom Holland in Spider-Man’s new suit while he films Spider-Man: Far From Home. The photos come from a couple of sources, but JustJared is a good hub for them. Additionally, someone took a video of Spidey swinging into action to rescue Zendaya’s Michelle. Production seems to have shifted from Europe to New York City, and Manhattan in particular, as these shots were taken outside Penn Station in Midtown. Spider-Man’s new suit is similar to the one he’s had in Captain America: Civil War and Spider-Man: Homecoming, except the blue sections of the costume are now black, and the spider on the back is white. Spider-Man: Far From Home is set to release on July 5, 2019. Check out the video of Spider-Man’s new suit below…

🚨🚨🚨 so Magneto is working in the city and look who he bumps in too! They’re shooting Spiderman: Far From Home 🔥🔥. Peep his suit!!! Video credits to our admin Magneto. @tomholland2013 @zendaya @spidermanmovie – 🃏 • • • No copyright infringement intended and if you repost give us credit! • • • #marvel #marvelcomics #marvelstudios #mcu #spiderman #spidey #peterparker #tomholland #zendaya #farfromhome #spidermanfarfromhome #ned #avengers #thanos #infinitywar #avengers4 #comics #comicbooks

My feelings about Spider-Man’s new suit have a lot to do with how it’s used in the movie. If it’s a placeholder for his traditional costume, like the stealth suit in Captain America: The Winter Soldier, then I’m fine with it and think it looks pretty cool. If it’s supposed to take the place of his real suit, though, I won’t be happy. That would be a very 90s “Everything has to be black because Batman” move, and superhero cinema should be past that by now. I imagine it’s probably the former, though; Marvel gets its characters. I can even see it being used to make a point about Spidey, the way the Stark tech in the costume was in Homecoming, or the way the stealth suit was an important contrast to the Stars and Stripes in Winter Soldier. Many have been suggesting the suit from Superior Spider-Man is an influence on the new outfit (I’ve never read it, so I can’t really say one way or the other, but it sure looks similar based on some pics I’ve seen), and that the white spider seems to be a nod to the new video game (likely). Nick Fury and Maria Hill are confirmed to be in Far From Home; maybe the former SHIELD agents are the ones to give Peter his spiffy new duds. As always, we’ll just have to wait and see.

What do you think of Spider-Man’s new suit? Do you want it to replace his traditional costume? Are you holding out for the Scarlet Spider? Let us know in the comments and come back to Geeks + Gamers for more on the superhero movies we can’t wait to see!