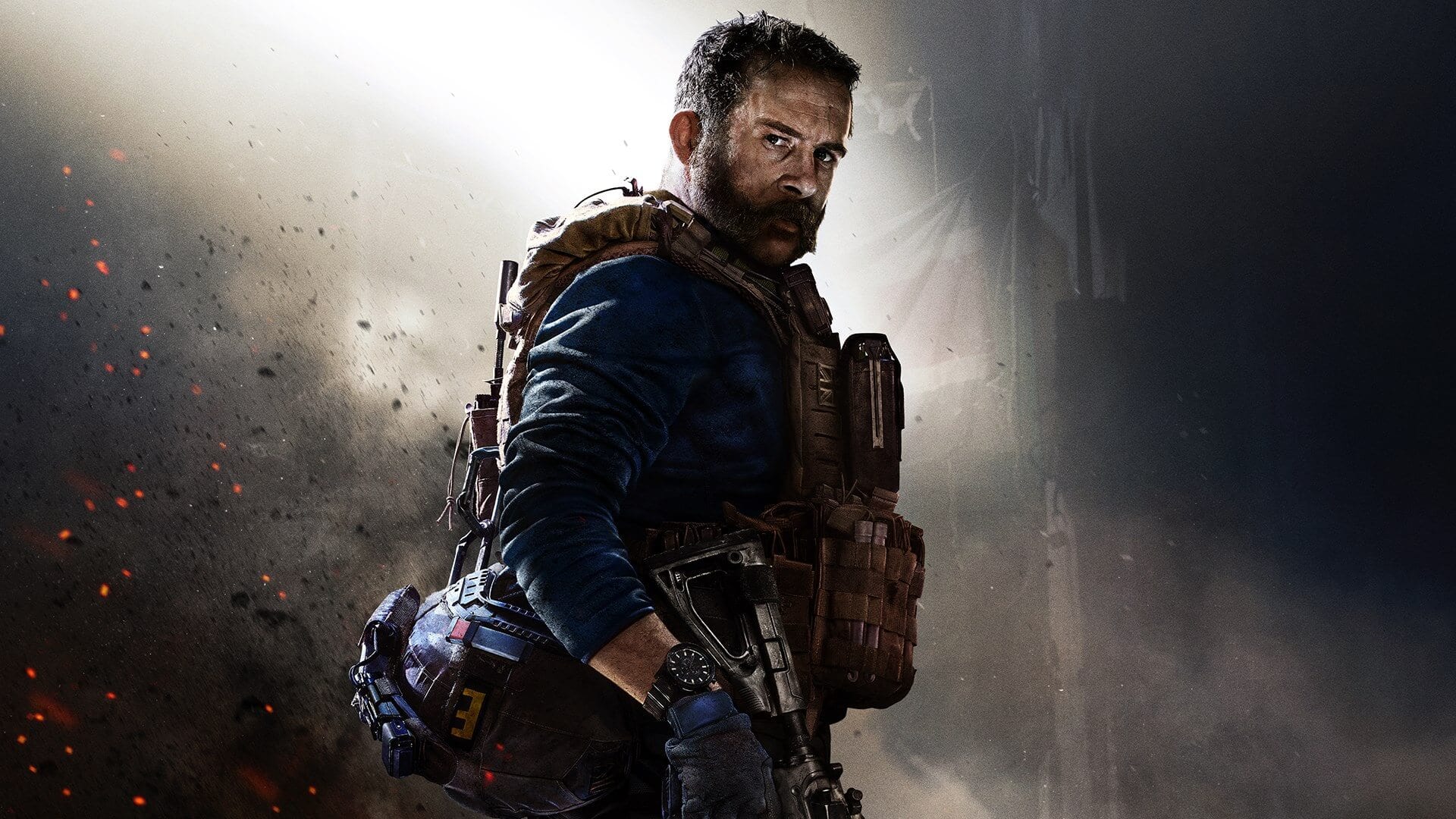 I have been a fan of Call of Duty my whole life, but I sadly stopped purchasing the games in the past couple of years because I wasn’t a fan of buying yearly installments. Now, after four years of not playing Call of Duty, I have sunk multiple hours into Infinity Ward’s newest addition to the franchise: Call of Duty: Modern Warfare. The gameplay, when using multiplayer, does not use the same type of formula as the previous Call of Duty games. The first thing returning players will notice is just how fast the Time to Kill system is. It feels as though each player has minuscule health, and only a couple of shots from any weapon will kill them instantly. I know Infinity Ward is going for a more realistic Call of Duty this year, so a quick Time to Kill system would be expected. It all comes down to personal preference in this case; I know some people that love this and others who hate it.

The Create a Class system in Call of Duty: Modern Warfare is well-executed and extremely fun to use. You have to rank each weapon up by getting kills/XP with it, and that will unlock camos and attachments for it. You can choose multiple attachments to customize, such as grip, stock, barrel, sight, trigger, mag, and a special perk. However, you’re only allowed to have five attachments equipped to the gun at a time. I renjoy this system the most out of any Call of Duty because I can feel myself getting stronger the more I use a weapon. Just like previous games, you can also customize the red dot within your sights to different shapes. The biggest flaw of multiplayer is the maps. The maps have no good flow to them, and have way too many lanes and pathways that connect. When turning a corner, there is often more than six or seven angles where someone can be sitting, and it’s just complete luck that you will be aiming at the specific spot someone might be. On top of that, most of the maps are entirely one-sided, making certain game modes, such as Domination, a hassle if you get the “bad spawn.”

One instance of this is the map Piccadilly. The map is extremely unbalanced, giving a massive advantage to the team that spawns on the C flag. Where the spawn is located, the team on the C flag can easily take a left around a bunch of buses and hold a long lane with a sniper rifle that almost reaches into the enemy spawn. The other advantage is that, if you move to the right, you get a whole interior of a 2-story building with a nice sniping window that looks right down onto B and across the street. If you spawn on the other side, then good luck. The A flag is further away from the B flag, meaning your team will have a more difficult time trying to capture it first. The hardest part is trying to take out any snipers sitting in the 2-story building. The A flag team gets its own version of a sniping tower in the form of a construction scaffolding. The problem with the scaffolding is that it provides no cover below, behind, or to the right. Even if you manage to get up there, it’s super easy to fall off because the board is so narrow. This is all personal experience, but of the six times I have played this map, neither team that spawned on A Flag ever won the game. Another problem wthat becomes apparent extremely fast is the number of players who camp, which, I think, stems back from the poor map design. As I talked about before, since the maps have no good flow, many people are forced to hold corners and never take any chances. This makes gameplay extremely infuriating at times, because it seems so slow. It’s even harder when trying to play the objective because you will probably have to push through a lot of enemies to capture just one flag. 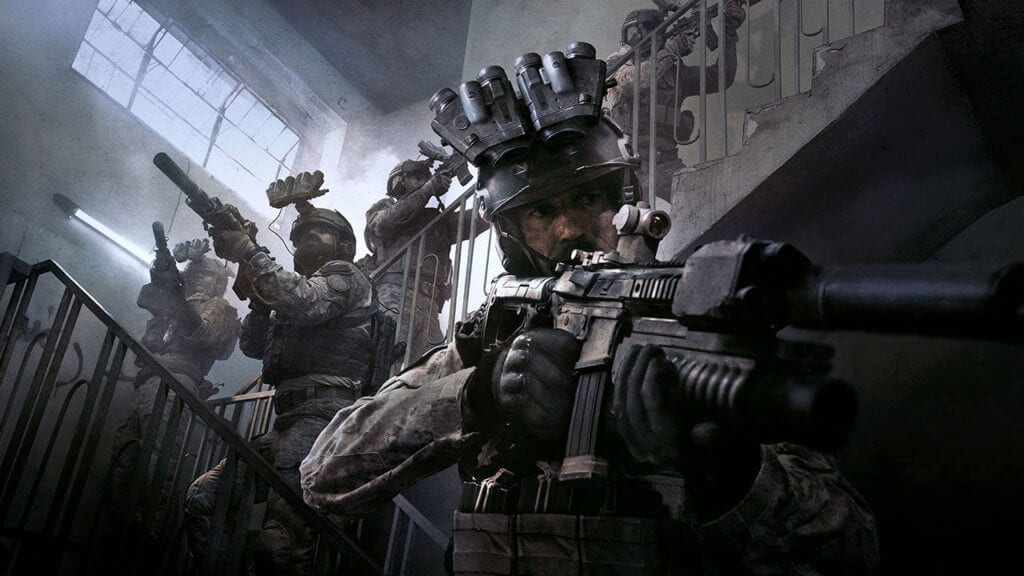 One game mode that I have been playing a lot is Gunfight. Gunfight is a two versus two game mode where the goal is to eliminate the enemy team. When you die, you’re dead until the end of the round, and health doesn’t regenerate. The first to win six rounds wins the game. The best part is that every person gets the same randomly generated weapons that changes every 2 rounds. The maps for Gunfight are small but also well-crafted, giving both teams equal advantage because the map is mirrored for each side. Gunfight is perfectly executed, and there’s nothing that I would change about it. Another important new game mode is Ground War. Ground War used to just be standard game modes but with larger teams on each side. In Call of Duty: Modern Warfare, it’s a conquest game mode, where there can up to 64 players in a game fighting to take control of 5 objectives with tanks, choppers, and buggies. Many people love this game mode and think that it’s a breath of fresh air in Call of Duty. I never liked big game modes with massive amounts of people because thye’re too chaotic for me. It feels like there are too many outside variables to worry about, such as tanks, grenades, killstreaks, and snipers. The maps are enormous, with tons of buildings with roofs and interiors and windows. I honestly feel too overwhelmed playing this game mode because I can rarely collect myself before being sniped or blown up with a tank. That being said, those who do enjoy large-scale battles will love this game mode. It’s just not my personal favorite.

The graphics do make Call of Duty: Modern Warfare shine. It feels so polished to walk around the map and see the vibrant colors of buildings and explosions all around. Infinity Ward has put a lot of care put into the graphics, especially with the guns. It may be hard to notice in the middle of a skirmish, but the gun model works exactly how a real gun does. When you switch between single fire to auto on a rifle, you will see your player flip the selector from one setting to another. When you reload a gun, the magazine catch on the rifle also pushes out just as it does in real life. I’m honestly impressed at the amount of detail Infinity Ward put into this game regarding the graphics and weapons. During my whole gameplay experience, I have only noticed one graphics bug. I threw a Molotov cocktail at an enemy, and when it hit the floor, it blew up, leaving an extremely pixelated pile of flames while it burned. I have only noticed the bug once, and it didn’t affect my thoughts on how impressive the graphics are. 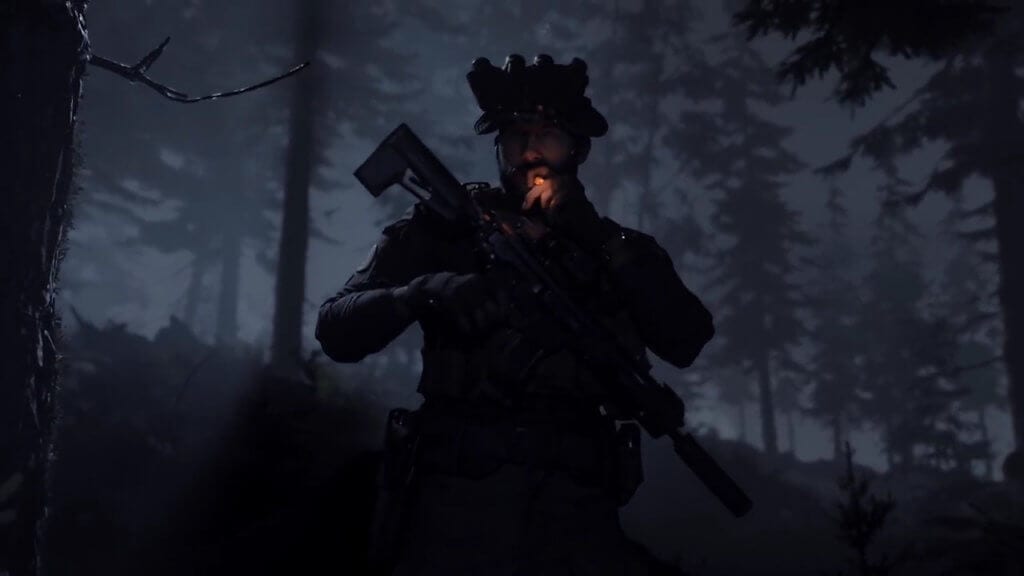 The aggressive sounds of Chopper Gunners, airstrikes, and sniper fire fill the air during the fighting, making it feel as though you’re actually in the fevered pitch of battle. The best killstreak sound is easily the Precision Airstrike. The threatening sound that fills the air is just extremely satisfying, and so are the kills you can get with it! It is worth noting that footsteps in Call of Duty: Modern Warfare are incredibly unreliable. Even with a Turtle Beach headset, I have noticed that I never seem to hear footsteps until the enemy is within a couple of feet of me. By that time, it’s too late to do anything. Other people I have talked to while playing have told me they experienced the opposite, where they can hear footsteps from way farther than they should be able to hear them. It can make the gameplay frustrating because there’s seldom a chance to react in time to try to defend myself. I do hope that they try to resolve this issue soon because it makes the game more difficult to enjoy.

Overall, I do think that Infinity Ward was going with a more realistic Call of Duty this year. They achieved it by having the Time To Kill so high and the maps more random to get people to camp more. Some gamers that I’ve talked to enjoy it and like the slower-paced action. Personally, I always enjoyed the arcade feel of previous Call of Duty installments, where I could run around faster and didn’t have to be so focused on every angle. Since I haven’t played the past couple Call of Duty games, I do not know exactly how Call of Duty: Modern Warfare’s campaign ties into them. However, I do know that it does tie in with Infinity Ward’s previous “Modern Warfare” titles. There are 14 levels in the campaign, but I was not able to get through all of them within a week due to playing multiplayer. The first couple of missions are absolutely stunning and crafted exceptionally well. My biggest worry when playing a shooter campaign is how monotonous the story can feel after the first few missions. It always seems to be the same concept: Walk into a room, shoot some people, and then move on. This campaign is completely different. Without giving much away, the missions are all different and iconic and break the monotonous gameplay that other shooter campaigns often have.

Having not played a new Call of Duty game in almost four years, I did enjoyed Call of Duty: Modern Warfare a lot. Visually, it's the most impressive Call of Duty yet released and has the most attention to detail. Some of the game modes can be invigorating, but it all comes down to what map you’re playing on. I am extremely disappointed with the maps, however, because they don’t seem to have a formula and feel as if they were slapped together at the last minute.