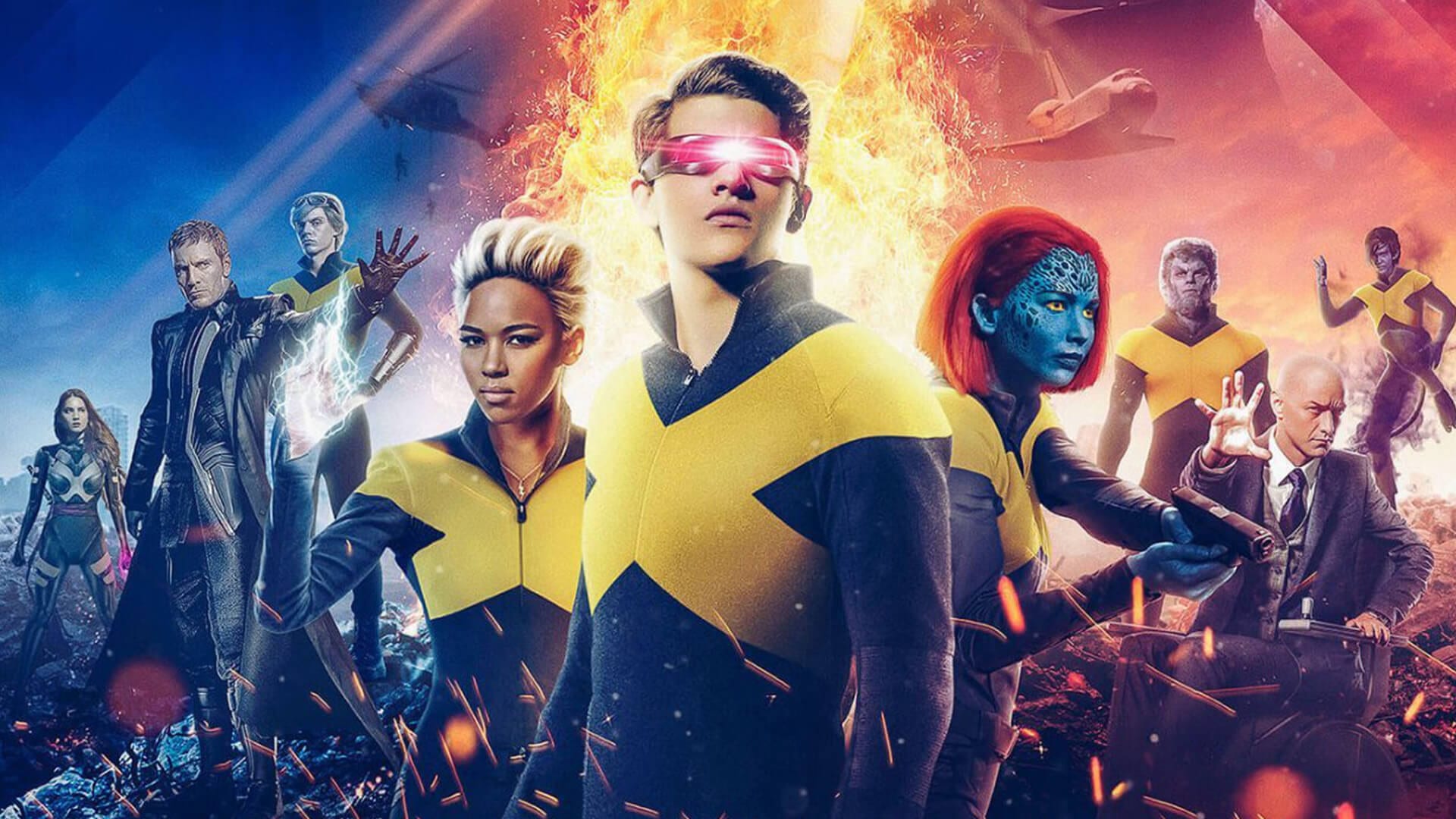 After X-Men: The Last Stand, many people were upset with the depiction of Jean Grey’s alter ego, Dark Phoenix – none more so than the co-writer of that film, Simon Kinberg. When he had the chance to tell that story again via Dark Phoenix, this time making his directorial debut, he jumped at the chance. However, what was initially viewed at turns as a soft reboot and a two-parter was ultimately forced to become a conclusion to 19 years of X-Men movies thanks to the Disney-Fox merger. That being said, I still had hope that Kinberg would be able to deliver a worthy adaptation of one of the X-Men’s most iconic storylines.

After giving us a better take on the origin of our titular character than its 2006 progenitor, Dark Phoenix segues – albeit briefly – into the kind of X-Men movie for which fans have always wished. However, despite a variety of callbacks to not only the First Class era but also from the original X-Men film (something which only the most ardent fan would notice), it quickly goes off the rails by embracing Fox’s seeming disdain for continuity. Throughout the series, the running theme has always been about how humanity hates and fears mutants, yet Dark Phoenix seems to get away from that core principle and ultimately feels out of step with the rest of the franchise, something that becomes more pronounced as it goes along. While at first it may make sense to “evolve” the series, this particular element feels like too little, too late.

Early on, after the first plot contrivance (of which there seems to be one every fifteen minutes), Dark Phoenix goes downhill quickly by embracing everything that seemed to work about X-Men: The Last Stand, only to turn it into a predictable mess. Once Jean loses control, it becomes a race to get her to become the iconic Dark Phoenix, with various characters having one of two very predictable motives for finding her. The villains of the piece are introduced far too late for my liking, and what could have been an Amblin-style introduction only turns into a reminder of better cinematic sci-fi baddies than what we are currently watching. The villains feel tacked on, with a contrived reason to be there, and they essentially devolve into little more than B-Movie antagonists. Throughout the film, I kept feeling as though I was having déjà vu, as there are too many tired and played out scenes from a franchise that is limping to the finish line with little fanfare. There was a heart to the early X-Men movies that made them such a big part of the pop culture lexicon, and it is rather disheartening to see the series end in this way. 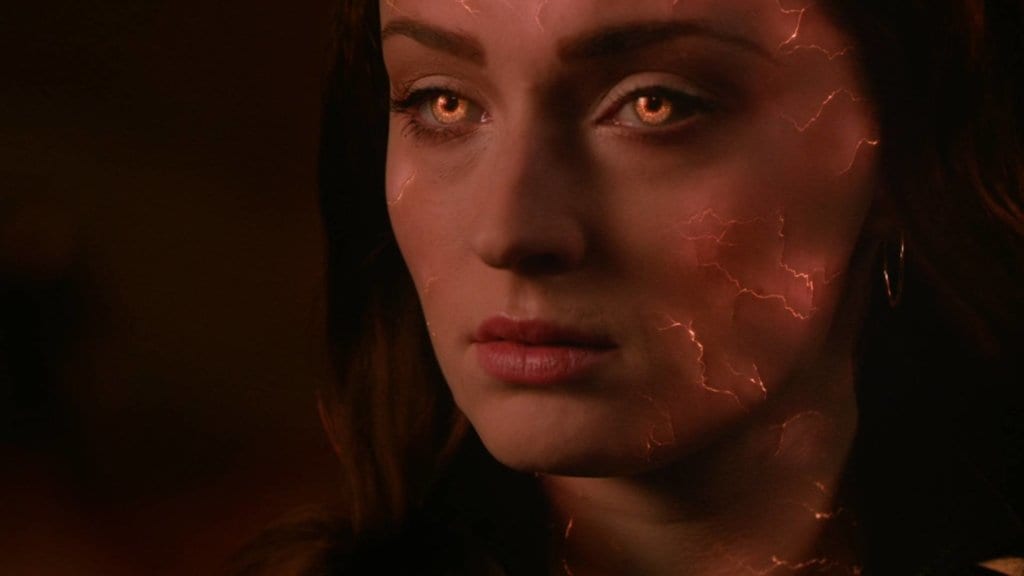 Unfortunately, a few good performances afford us little respite from this disappointment. Sophie Turner does well as Jean (at least with what she is given); however, all the plot contrivances make that almost irrelevant. While it’s nice to get a few scenes with Scott and Jean towards the beginning, it feels incomplete, as though there was another film after X-Men: Apocalypse we somehow missed, to say nothing of the fact that certain aspects of the previous movie are ignored in favor of this soft reboot approach that they seemingly abandon in the third act. The former is most apparent than when Magneto arrives in the film. While we get a look at an iconic location from the comics through him, the Master of Magnetism seemed ancillary in Dark Phoenix, and at times it may have worked a bit better without the character. Michael Fassbender plays the material well, but all too often you think back to his fabulous performance in X-Men: First Class and wish Magneto had been given the same level of care and attention here.

While it’s nice that Kinberg endeavored to give screen time to various other characters, it didn’t make sense to put one of the best on the bench, especially when those others end up getting the short straw. All too often, the other mutants are essentially glorified extras in the movie, particularly Nicholas Hoult’s Beast and Evan Peters’ Quicksilver; the latter’s lack of presence is especially disappointing given his performance in the previous two X-Men films. While Hoult is excellent during what little screen time he has (particularly in a scene with Charles early in the second act), both he and, unfortunately, Jennifer Lawrence’s Mystique are little more than plot devices that serve to move the rather boring story along at a snail’s pace, which feels a lot longer than its hour-and-53-minute runtime. Mystique is also one of the biggest hallmarks of how lackluster the special effects are; in a big blockbuster like this, it behooves the filmmaker to ensure the budget “is on the screen,” yet Dark Phoenix does nothing to stand out from other superhero fare, and at times just feels dated. Sure, some things in the third act are OK, but in this age of spectacle, “OK” isn’t good enough. 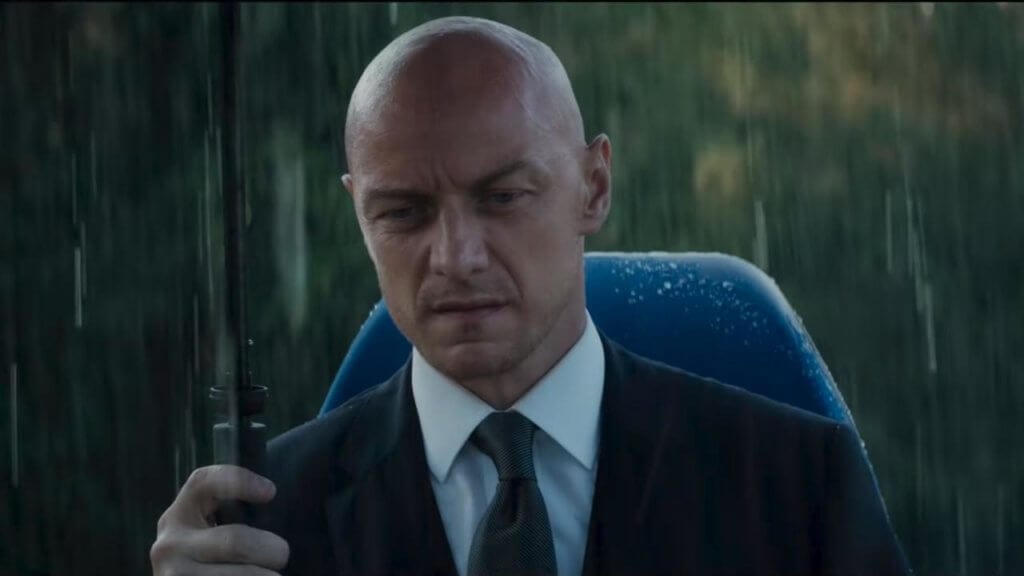 Despite this, there is still one last saving grace of Dark Phoenix in the form of one more terrific performance and character arc for James McAvoy’s iteration of Professor X. Much like Patrick Stewart’s last appearance as Charles Xavier, McAvoy’s final turn as the X-Men’s leader shows us a new side to the character. McAvoy imbues him with a myopia and vanity that, while hinted at to an extent throughout McAvoy’s run, has never been brought to the fore in this way. In Dark Phoenix, Xavier wrestles with the impact of his decisions in a way he didn’t in X-Men: The Last Stand. Every scene he’s in reminds the audience of just how great McAvoy is, and how difficult it will be to see someone else playing the role; Marvel definitely has their work cut out for them when it comes time to recast.

Unfortunately, McAvoy and the rest of the cast are done a great disservice by writer/director Simon Kinberg. While this may have been his first foray into directing, Kinberg is no stranger to big-budget Hollywood filmmaking, having been a prolific writer/producer for the last fifteen years on projects such as Mr. and Mrs. Smith and, of course, co-writing Guy Ritchie’s Sherlock Holmes. With his extensive experience in the X-Men world (particularly on X-Men: Days of Future Past), he should have been the ideal choice to carry the franchise forward. And yet he seems ill-equipped to handle superheroes on screen, even when he has the likes of Avatar cinematographer Mauro Fiore and frequent Christopher Nolan collaborator Hans Zimmer backing him up. Zimmer’s score is a particular letdown here, and somehow it feels just as predictable and thin as the plot itself. This is a world in which fans have lived since the summer of 2000, and Dark Phoenix should’ve been a lot more than attempting and failing to capture the X-Men’s greatest hits, especially with so many other options out there. 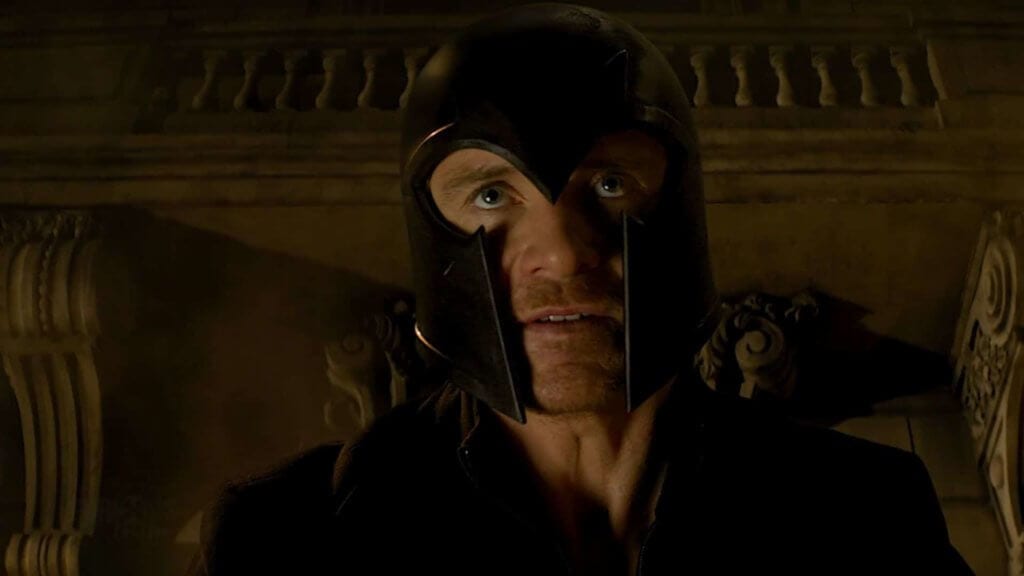 Despite great performances by Sophie Turner, Michael Fassbender, and especially James McAvoy, writer/director Simon Kinberg can’t seem to handle the final X-Men opus of the Fox era. At best, I suppose that fans can take solace in the great work of the actors, but this is a sad end to an imperfect series. While a redemption tale for Kinberg would’ve been a nice send-off, Dark Phoenix instead serves as an example of why it’s probably a good thing the X-Men have returned home.

Despite great performances by Sophie Turner, Michael Fassbender, and especially James McAvoy, writer/director Simon Kinberg can’t seem to handle the final X-Men opus of the Fox era. At best, I suppose that fans can take solace in the great work of the actors, but this is a sad end to an imperfect series. While a redemption tale for Kinberg would’ve been a nice send-off, Dark Phoenix instead serves as an example of why it’s probably a good thing the X-Men have returned home.