Death on the Nile is Kenneth Branagh’s sequel to his daring reimagining of Murder on the Orient Express. This film burst onto screens this weekend to lackluster critic reviews and resounding praise from fans. Murder on the Orient Express wowed audiences back in 2017, sparking a new interest in the world of Agatha Christie’s original novels and her strange Detective Poirot. These intriguing mysteries called to these new fans, begging them to understand their secrets. When it came to Death on the Nile, many fans were excited, which is very unusual considering the current state of Hollywood. Kenneth Branagh has earned their trust after decades of engaging and intellectually compelling narratives, and none could help but look forward to his next addition to the Poirot universe.

However, after watching it, many felt somewhat underwhelmed. The character moments still carried the same weight and were as compelling and fascinating as those in the first film, but the mystery and the theme that drives it in Death on the Nile was altogether anti-climactic compared to Murder on the Orient Express.

Death on the Nile follows Hercule Poirot, who stumbles upon an old friend whilst traveling through Egypt. This friend invites Poirot to join him in celebrating the honeymoon of a wealthy young heiress and her new husband aboard a pleasure yacht down the ancient waters of the Nile. When the heiress is mysteriously murdered, Poirot must solve the mystery and catch the killer before he or she has a chance to kill again. Confined by the hull of the yacht with an ever-growing list of suspects and a running clock, Poirot is thwarted at every turn by this hidden killer and by the slew of motives that everyone aboard appears to share. An intriguing mystery with a relatively simple solution.

Once the audience is able to trudge through the nonsensical first act, its length riddled with an inordinate amount of coincidence and luck required to get all the characters into their starting positions, the film picks up quickly. Despite the lackluster ending, the story still pulls fans into the intrigue of the mystery once it begins.

The film’s entirety is driven by the theme of “What is the nature of love?” Is it corrosive and divisive, corrupting everything it touches and drawing out all our jealousy, hate, and envy, before inevitably leaving us broken and empty? Or is it an altogether virtuous force that makes us whole? Death on the Nile poses interesting questions with this theme but never explores those questions further than the asking and never comes to any sort of resolution. This theme is repeated in nearly every scene, each character constantly reminding us of their stance on the nature of love. With how hard the film beats the audience over the head with this theme, it could never have been a different solution than what it was. For those who understood the theme, the resolution to this mystery was clear from the moment the murder was committed. For a film based on such intellectual books as Agatha Christie’s and preceded by a similarly intelligent film, it is disappointing to see Death on the Nile fall short of being as intriguing or thought-compelling as its predecessors. 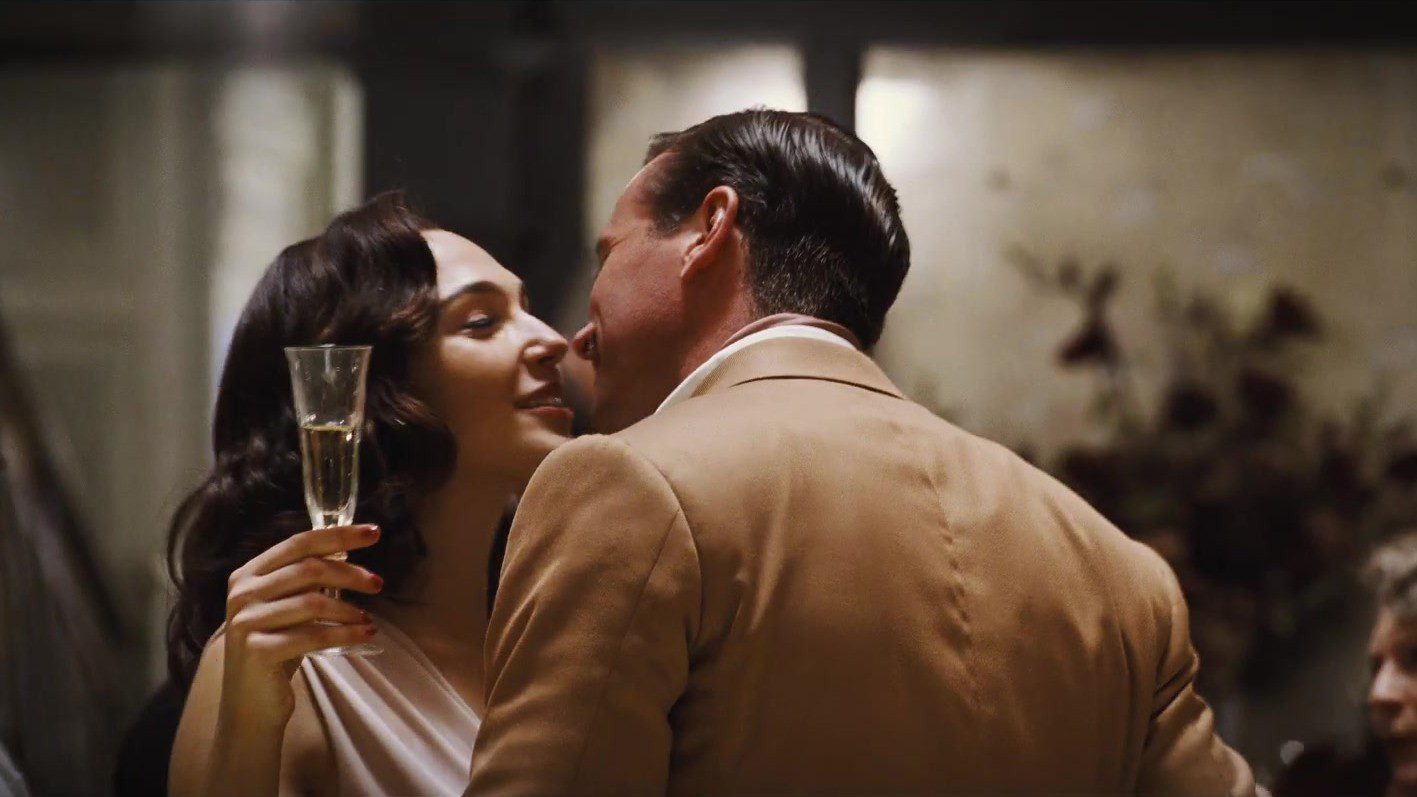 Despite the altogether disappointing mystery, there are still parts of Death on the Nile to truly enjoy, particularly the character moments and the acting, all of which were fantastic. However, a film built on a plot of sand and supported by a shallow theme cannot hope to weather criticism well.

Asking the burning question that must be posed of any Hollywood production these days: is the film woke or political in an undue fashion? The answer is complicated. Current political motivations clearly influenced the story, but the broader narrative was free from such distractions. The wokeness was mostly relegated to individual lines or passing scenes. There was a prominent communist onboard the ship, but the film had no opinions about her beliefs, still allowing her to be just as complicated and riddled with flaws as any other character. Even the inclusion of a lesbian arc felt natural and earned without undue emphasis placed on its importance.

Furthermore, despite the diverse cast, only one scene focused on racial issues. However, this scene still felt earned and topical for the era, with the exception of a line from Sophie Okonedo’s Salome, stating, “If I killed everyone who ever slighted me, the world would be filled with a whole lot more dead white ladies.” An unnecessary addition to the scene, but the story quickly moved past it, so it became forgettable immediately thereafter. 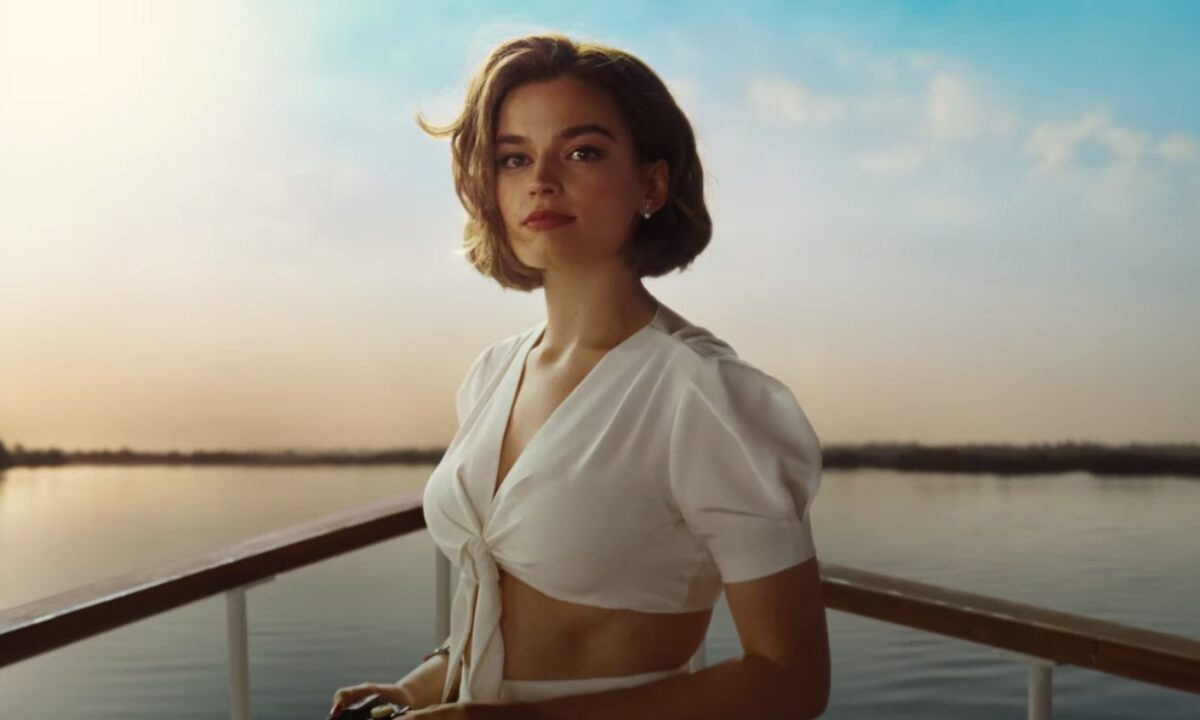 Gal Gadot’s Linnet is very much a Gal Gadot character. Though a stunning beauty and a compelling actress, Gal does not have a particularly wide range when it comes to character variety. As such, Linnet is very much within Gal’s wheelhouse, not challenging her as an actress at all. In the majority of her scenes, she comes across as rather empty-headed and oblivious, making it increasingly infuriating to watch her be taken advantage of so easily. This downright stupidity is inconsistent with many of her other scenes. In the business interactions with her cousin, it’s made apparent that she has an incredibly analytic mind that could find flaws in any contract put before her. The analytical and intelligent businesswoman presented in those scenes would not have fallen prey to the killer’s plot. This character inconsistency is very distracting, but overall, it’s not enough to cause dislike for her character.

Armie Hammer’s Simon is weak in nearly everything he does, says, or fundamentally is. His acting is way over-the-top, professing his love and later his hate for his ex-fiancé far too dramatically to be believable. He’s portrayed as an idiot, needing to be led around by the nose by any woman that shows him the slightest affection — an altogether weak addition to the story.

Emma Mackey’s Jackie is one of the few entirely positive additions to the film. Her maniac and obsessive portrayal is consistent throughout the story. No matter how insane she appears, stalking her ex across the globe, the audience still feels for her plight and connects with her. Regardless of this connection and her likability, Death on the Nile still manages to condemn her actions as a stalker and hopeless romantic, something the rest of Hollywood would have struggled with considering her gender. She’s a strong highlight of the film.

A character who could have easily become insurable, Tom Bateman’s Bouc is another bright spot in the film. His chemistry with Poirot and Rosalie, along with his quest to become a better person, kept this bombastic and over-the-top character interesting.

Letitia Wright’s Rosalie is a rather one-note character, but she still does a lot with that note. Without her chemistry with Bouc or her aunt, she would have been easily forgotten. However, with that chemistry, she’s a fun and interesting addition to the story.

The rest of the supporting characters have their parts to play and have some interesting moments. However, there is little to speak of regarding their individual performances or characters. The surprising standout from a meta sense was Russel Brand’s Doctor Bessner. For someone more comfortable with comedy, he’s a surprisingly positive part of this intense drama. 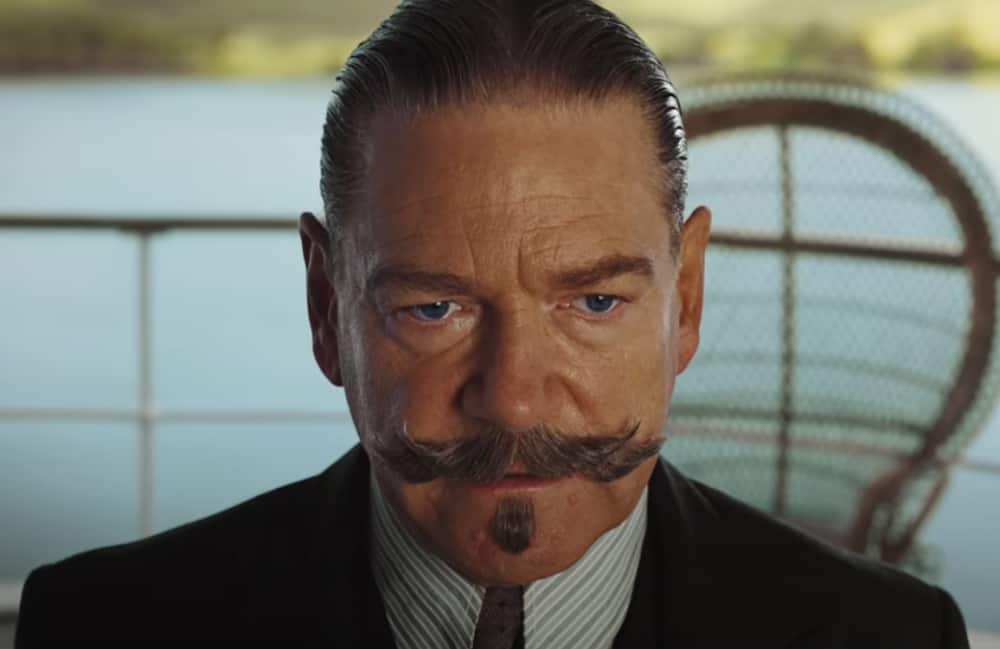 As always, Kenneth Branagh blows his performance out of the park, embodying this eccentric detective to perfection. Death on the Nile adds a lot more to Poirot’s backstory with a prominent flashback to his time in WWI. It also includes a narrative consistency from the events of the last film, showing an evolution of sorts. Branagh gave himself the opportunity to experiment with Poirot far more than he had previously as a result of these additions. He’s able to show vulnerability, intense rage, and corrosive grief, all of which seem so strange to this uptight and emotionally cut-off character. All this is a welcome layer of added dimension to his character, keeping him fresh and interesting throughout the film’s entirety.

In conclusion, if you liked the prior film, you will likely find something to enjoy in Death on the Nile, particularly the character moments. But if you are looking for an intriguing mystery with a thought-provoking narrative, you may leave the theater disappointed.

Death on the Nile