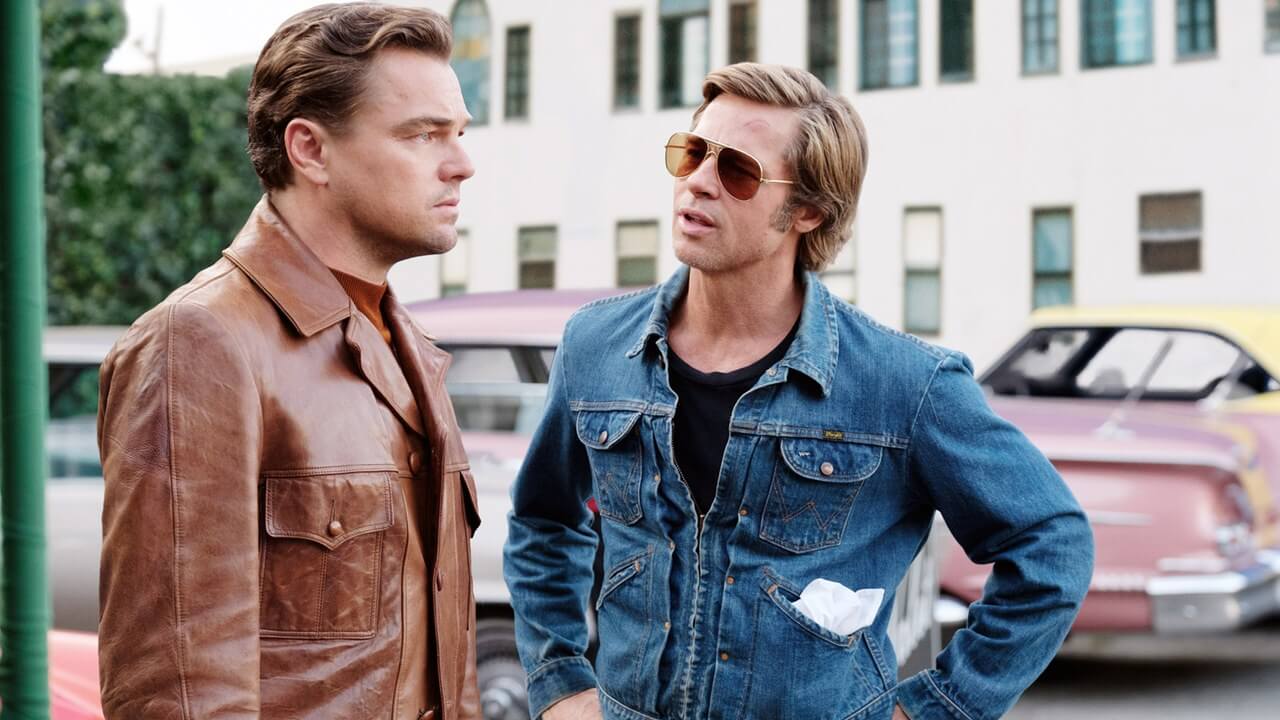 Once upon a time…in Hollywood is a film I’ve been looking forward to for a long time. Aside from being a big fan of Tarantino I’ve also always loved stories of Hollywood. The idea that this was going to be through Tarantino’s lens was incredibly intriguing. I couldn’t wait to see what this legendary filmmaker would bring us in his 9th opus. Once Upon a Time…in Hollywood immediately sends the audience back to the heyday of DiCaprio’s Rick Dalton and Brad Pitt’s Cliff Booth. The former played the iconic Jake Cahill on Tarantino’s fictional western Bounty Law, a role that is seemingly an albatross on Dalton’s neck throughout the film. Pitt serves as his stuntman and future driver/jack of all trades.

While this opening could have been less-than-stellar in the hands of another director, Tarantino as usual plays by his own rules. The Knoxville, Tennessee-born director manages to make the opening work on multiple levels. When we join them in the late sixties and discover more about Dalton and Booth’s dilemmas, they both are trying to figure out the next steps in their careers. The two continually strive to do right by each other throughout. However, times are changing, and they must change with them much to Dalton’s chagrin and Booth’s resignation. This only serves to enrich the characters’ dynamic. As the two best friends try to make the best of their situations, we get glimpses of Sharon Tate. The famous starlet of the time and wife of controversial director Roman Polanski is also Dalton’s neighbor. In many ways, the three characters serve as a contrast to one another. While our western duo is on their way out, Tate is on her way up and embraces her fame with gusto.

Interspersed throughout these two story-lines is the Manson family, within whom Booth finds enemies. Once Upon a Time in…Hollywood does a great job delineating Manson’s heinous legacy without focusing on it too much. This ensures that the exploits of Dalton, Booth, and to a lesser extent, Tate, remain front and center. Tate is often treated as a myth, which, as a result, makes the viewer notice her even more so than the aforementioned actor and stuntman whenever she is on screen. The film culminates in a gratuitous sequence befitting of a Tarantino film though the rationale behind it is flimsy at best. I understand that this is often a hallmark of a Tarantino movie, yet for the first time, it feels inorganic in an effort to solidify the ‘fairy tale’ aspect of the film. While this may not have been noticeable in another director’s film, given Tarantino’s track record, it’s hard to ignore this misstep, however bold it may be. That being said, this film is an embarrassment of riches, and a lot of that comes down to the cast. 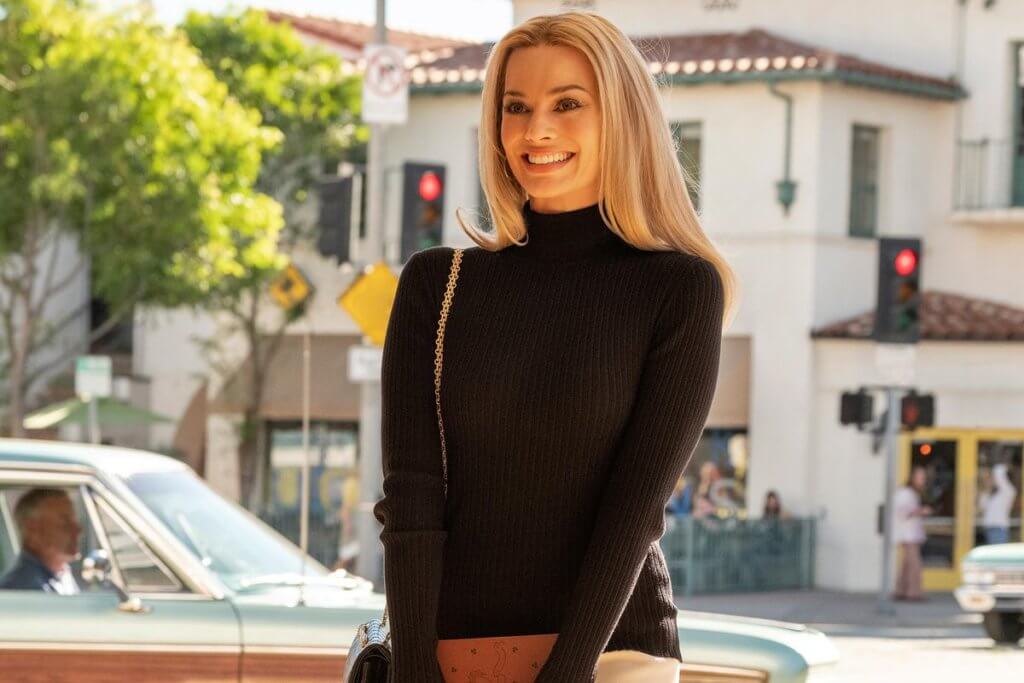 DiCaprio gives Rick Dalton a sense of insecurity that is identifiable to people in creative fields, and anybody who has wondered what their step in their career would be and where they fit inside of an ever-changing landscape. Despite this, Pitt shines in this film, giving one of the best performances of his career. He accepts the cards he’s been dealt, remaining optimistic throughout the film. He gives off an easygoing vibe that endears him to a somewhat conflicted audience when one considers the dark ambiguity surrounding the character. Additionally, Margot Robbie and Bruce Lee portrayer Mike Moh give standout performances. Despite their limited screen time, both leave a lasting impression that lingers long after the credits have rolled. Unfortunately, the same cannot be said for the other actors in the film. There was a host of top tier talent in this film, yet for actors such as Bruce Dern or the late, great Luke Perry, it felt as though there wasn’t enough for them to do. However, the most egregious example of this is The Godfather icon Al Pacino, who is severely underutilized. The combination of Tarantino and Pacino should’ve been electric, yet there was little more than a spark. Here’s hoping that should Tarantino’s tenth feature come to fruition, these legendary titans of the industry will get to work together again. Despite this, this film is still a remarkable achievement, and that is because of Tarantino’s vision for the project. Throughout his filmography, Tarantino has endeavored to connect his movies in some way. 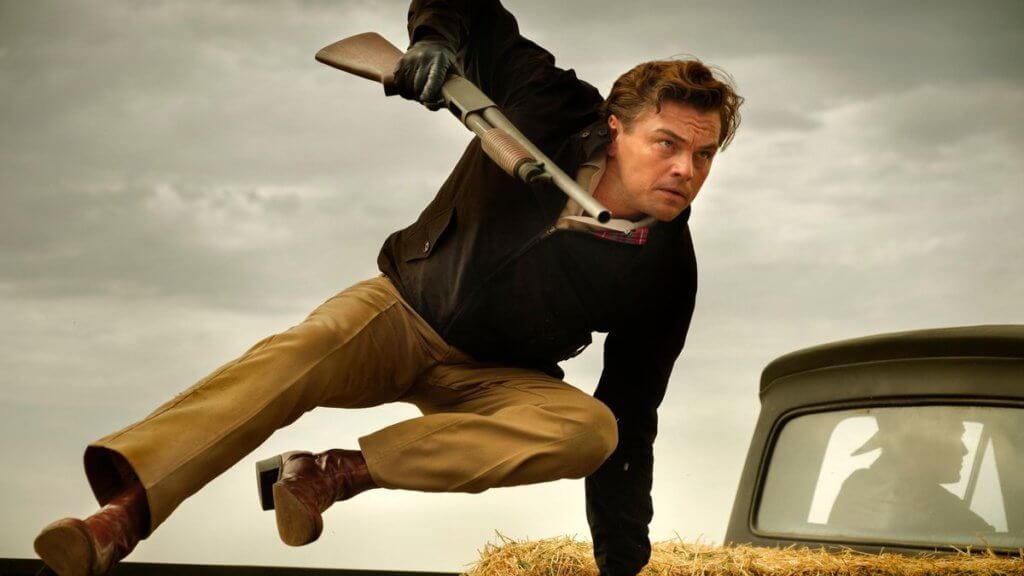 In The Hateful Eight, Tarantino took inspiration from episodes of Bonanza and Wagon Train, so the idea that Once Upon a Time… in Hollywood centers on a western TV Star feels like a natural evolution. We also get several callbacks to a myriad of other Tarantino films that will at turns elicit glee and a jaundiced eye. Major kudos must also go to production designer Barbara Ling and costume designer Arianne Phillips. Their work contributes to the overall ambiance of the film and allows this Hollywood fairy tale to achieve some sense of verisimilitude. This was aided by the inclusion of allusions to such iconic real-world TV series such as Lancer starring James Stacy (portrayed by Deadwood star Timothy Oliphant in the film), Mannix starring Mike Connors and The FBI starring future Alfred voice actor Efrem Zimbalist Jr., just to name a few. This attention to detail reminds the audience that movie magic is alive and well in the current entertainment landscape, and I can’t wait to see what these creatives do next. 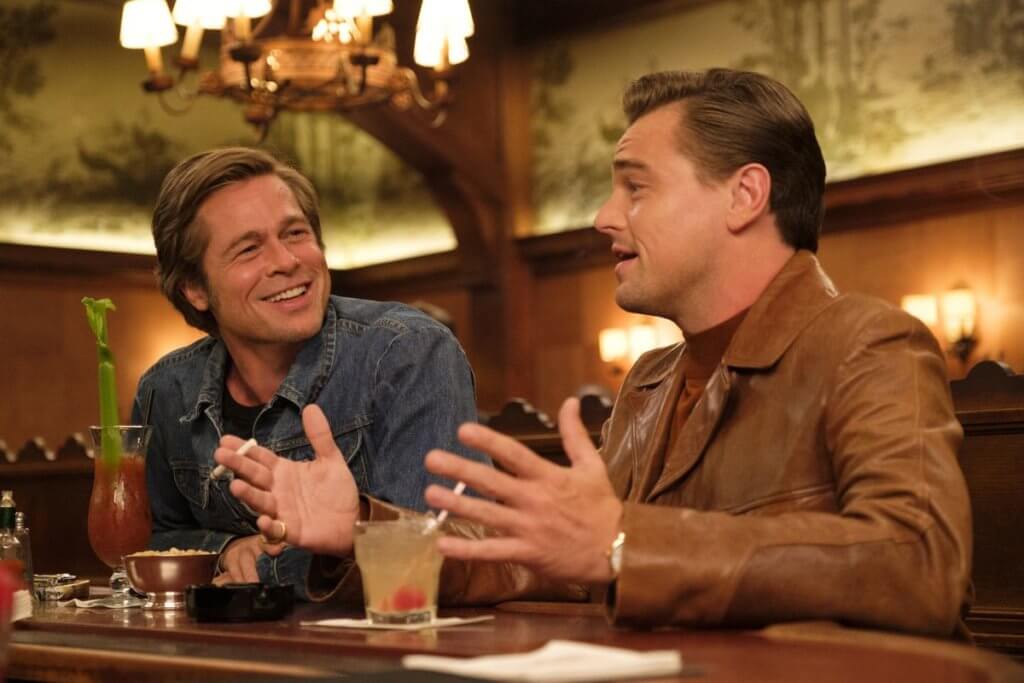 While there are some problems with the third act and some glorified cameos, Once Upon a Time…in Hollywood is an excellent look at a bygone era of tinsel town. With standout performances from DiCaprio, Pitt, Robbie, and Moh, this late summer epic should delight longtime fans of this auteur and is a worthy entry in Tarantino’s filmography.

Once Upon a Time...in Hollywood

While there are some problems with the third act and some glorified cameos, Once Upon a Time in...Hollywood is an excellent look at a bygone era of tinsel town. With standout performances from DiCaprio, Pitt, Robbie, and Moh, this late summer epic should delight longtime fans of this auteur and is a worthy entry in Tarantino’s filmography.