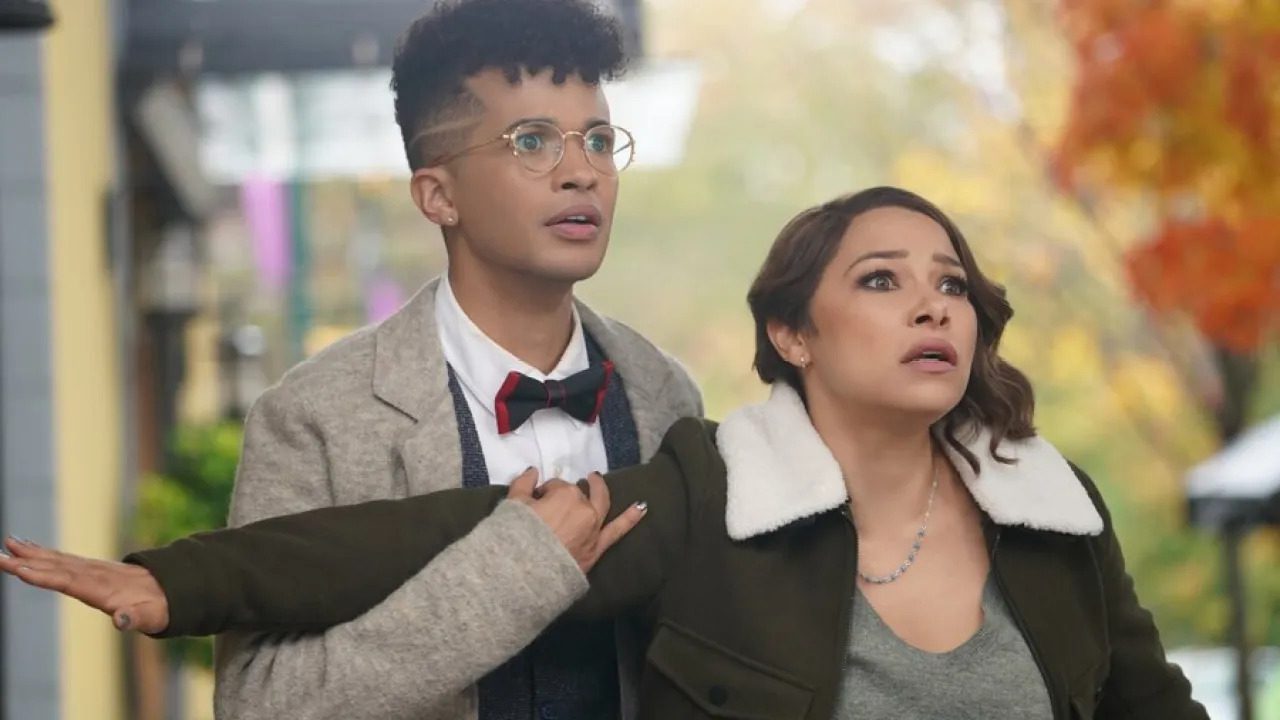 The Flash has been off the air for four months, and to remind us of what we’ve been missing, the series gave us an episode focusing on Barry’s corny kids. Not that a Nora/Bart episode like “Impulsive Excessive Disorder” would have been good at any point in the run, but as the mid-season(ish) premiere, it’s enough to make you wish the show just ended things with that “Armageddon” arc.

Upon returning to the future, Nora and Bart Allen discover they’ve inadvertently altered the past and must go back in time to set things right. Unfortunately for the timeline’s stability, they’re morons, so things go wrong at every turn.

“Impulsive Excessive Disorder” gives you a hint of what’s to come from the title – a cutesy, poorly-punned way to use Bart and Nora’s superhero alter egos. That’s what this episode features; a lot of goofy “humor” delivered by two actors who could’ve given Dustin Diamond lessons in mugging for the camera. Every scene has one of them pulling a silly reaction face in case we don’t understand just how wacky their sticky situation is getting. Their line deliveries aren’t much better; everything is exaggerated for comedic effect, to the point where they don’t feel like real people. They’re cartoons come to life, ripped out of a children’s show and put on prime time for an audience that outgrew them when they graduated to numbered school grades. They’re difficult enough to tolerate in supporting roles, but an entire hour with them at the helm is excruciating.

Their arcs are pretty much what you’d expect from two characters the best of writers would struggle to find anything to do with in leading parts. Before they return to their time, Barry implores them to “keep the future safe.” Once they get back, they realize the status quo has changed; Jay Garrick is alive, and he’s married to a different woman than Joan. Now, it’s up to Nora and Bart to set things right, but will they live up to the heroic example their father has set for them? (The correct answer is, “Of course not, but the show will tell us they have anyway.”) So off they go, back to just after Barry was struck by lightning during the particle accelerator explosion but before he awakens from his coma – taking us back to the series’ early days but without the Flash around to show up his imbecilic progeny. Get ready for returning characters, current regulars who haven’t developed yet, and worse undercover work than Rick Deckard’s nerdy voice

Plot problems arise almost immediately. If Bart and Nora caused the changes in the timeline, why did the inciting incident happen years before they arrived in the past? I’m willing to buy the butterfly effect explanation for something as small as Joe being wounded leading to big changes in the future, but it doesn’t make sense that it happened so far back, and “Impulsive Excessive Disorder” doesn’t even attempt to explain it. And why is it essential that Bart and Nora erase Jay’s new marriage, but perfectly okay to leave him alive when he was supposed to die? We’ve spent a lot of time hearing about how Barry can’t save any of the people he loves, but these two get to keep Unky Jay? Why is that suddenly okay? Even if they decided to keep Jay alive, there should have at least been a discussion of the morality or timeline ramifications. 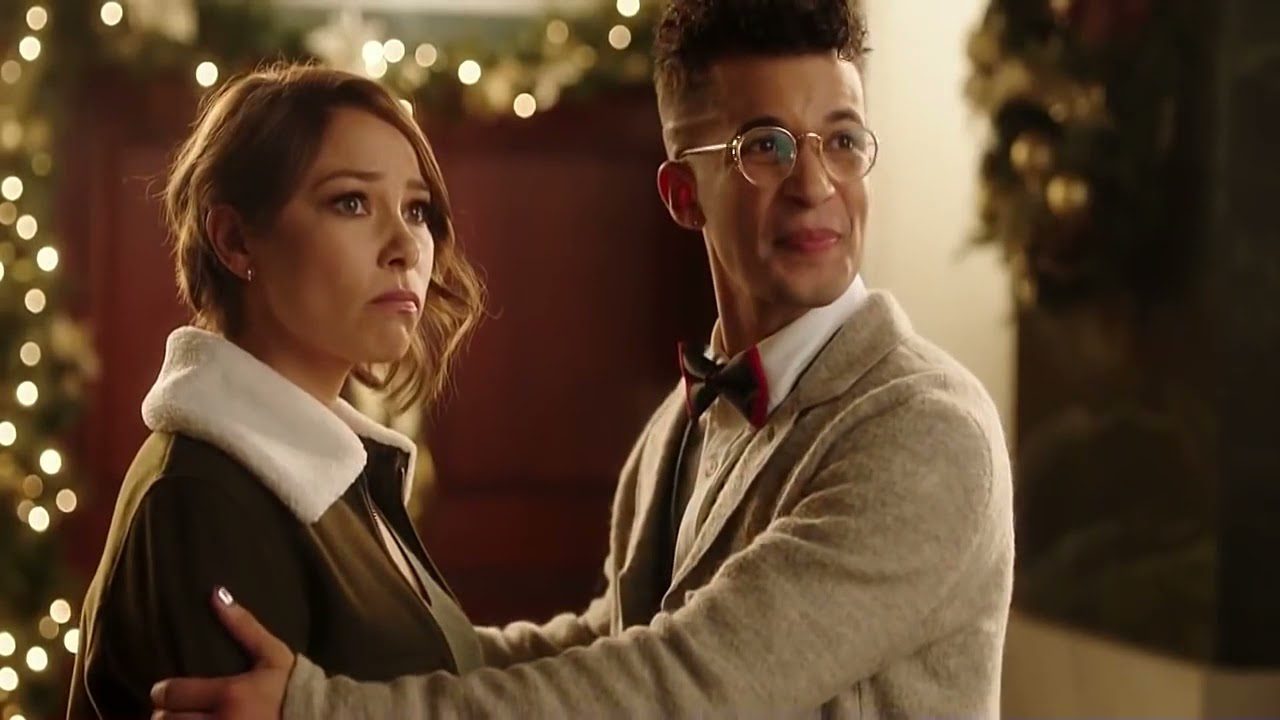 It doesn’t get much better once the Allens arrive in 2013. They pretend to be CSI interns to get around the police station, and it works because nobody ever asks them for identification. They’re late arriving at the scene of the robbery because Bart is busy flirting with a girl he’ll never be able to be with, and Bart’s solution to the shooting leads to the early formation of the Royal Flush Gang. (Credit where it’s due: they didn’t waste any good villains on the Flash Kids.) In order to repair the past, they reveal that they’re superheroes from the future to Bart’s new crush, which somehow isn’t another huge alteration that will mess with the timeline. Bart begins taking hostages out of a casino the Royal Flush Gang is robbing, but he starts with the people closest to the bad guys, so they notice something is wrong right away and force him to reveal himself. How any of this fixes the timeline – to the extent that it is fixed – is never explained, but Jay assures Nora and Bart that their father would be proud, so I guess that’s that.

To be fair, there are some good things in “Impulsive Excessive Disorder.” It’s nice to see Eddie Thawne again, even if he looks older than he would have been at the time. Eddie was a great character, someone who could easily have become the stereotypical jerky romantic rival for Barry on a lesser (back then) show. But he’s so nice and sincere, and Rick Cosnett still plays him perfectly, with just enough earnest decency to make him likable without turning him into a parody of himself (like, you know, our fill-in heroes). It’s a shame Eddie is the one who boneheadedly decides to take Nora and Bart at their word when they say they’re interns because it makes him look stupid; then again, he does draw a line when they try to make off with evidence from the crime scene. I’m also happy whenever Jay Garrick shows up, and John Wesley Shipp is still the perfect superhero elder statesman. I enjoyed some of the design of future Central City, too, particularly the Blade Runneresque holographic advertisement for Big Belly Burger; it’s a simple effect, but it works. And the stinger is enticing; seeing Barry and the others is a better reminder of what we’ve been waiting for than the rest of this episode, but the disappearing brush raises just the right kind of questions. Did Bart and Nora cause that (which would make their storyline important rather than just the weirdest filler I’ve ever seen), or is this the harbinger of something else? That’s what I’m looking forward to seeing.

“Impulsive Excessive Disorder” has a few good points but collapses under the weight of a stupid plot and the unrelenting corniness of Bart and Nora in the leading roles. This wasn’t the way to welcome back The Flash.

Question; Was season 4 of Arrow really that bad? I loved first two, still really liked 3, but heard 4 was trash and I don’t wanna skip any seasons to get to the good ones. Was it really that bad?

Also, I kinda find crossovers tiring. I feel we should never be required to watch a seperate show to understand one we watch…

I didn’t think it was nearly as bad as people made it out to be. It isn’t the best season or anything, but it has an awesome villain, and Oliver is facing a different kind of threat than he normally does. I think that’s part of why people didn’t like it; it’s different, and deals with things Arrow usually doesn’t.

The crossovers have gotten old for me mostly because they’ve gotten so bad. I liked Armageddon, but that was really more a Flash story with a few guest stars than a big event. I like them less each time, and Crisis on Infinite Earths was garbage.