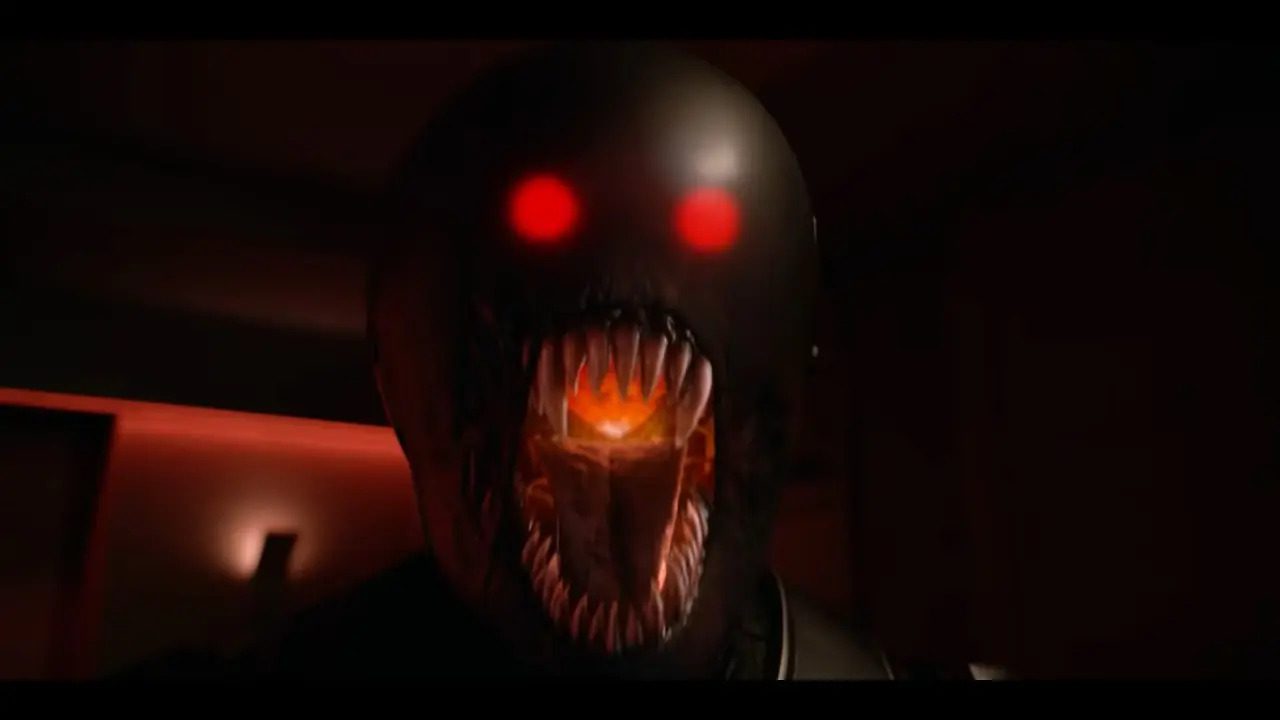 The Orville has once again delivered an incredible sci-fi drama with the season premiere of New Horizons, “Electric Sheep.” For the disenfranchised Star Trek fans, The Orville has become the needed escapism to fill the void left by the decline of Star Trek in recent years. That positive track record has continued with the addition of New Horizons, as “Electric Sheep” delivers all the emotional and thought-provoking beats that made classic Star Trek so timeless.

Star Trek had always been at its best when it was delving into ethics and philosophy rather than politics. The clear distinction between these two contradictory approaches is that there is no clear answer when it comes to ethics and philosophy, and many people on different sides of an issue can be right. Tackling such complicated and deep topics as this episode does is difficult, but “Electric Sheep” succeeds in all ways essential to both entertain the audience and give them something profound to mull over.

This first episode is an obvious callback to Star Trek: The Next Generation with how it looked at each side of an argument, placing several lead characters on opposing sides while not demonizing anyone. Even the crew members that were most stalwart in their opinions still doubted whether or not they were right.

Additionally, this episode is reminiscent of classic Star Trek by not being filled with overblown or bombastic action. It was always more about thoughtful conflict of ideas and ideals than all-out warfare. Star Trek is not Star Wars; it is not an action-packed thriller, and since The Orville is a parody of Star Trek, it should not be either. Star Trek — and by extension, The Orville — is about so much more. It is about the idea of space travel in the near future, where exploration is the key focus. It is about a future where humanity is at its very best, and, therefore, conflict will be avoided and kept to a minimum. The Orville succeeds in continuing this positive and hopeful outlook focused on exploration rather than action where J.J. Abrams and Alex Kurtzman’s Star Trek has failed, solidifying The Orville’s primary place in the hearts of Star Trek fans.

“Electric Sheep” sees the fallout of “Identity” parts one and two, specifically regarding the crew’s treatment of Isaac following the invasion of his people, the Kaylons, and humanity’s near extinction at their hands. The prejudice and hate hurled at Isaac become vicious and criminal, but it is born from a place of true pain and can be understood by all. The central debate of this episode is whether or not Captain Mercer was correct in reactivating Isaac following the first battle with the Kaylons and whether or not the decision was moral, ethical, or simply pragmatic military strategy. Lines are drawn, with the crew taking sides on whether or not Isaac should be alive, and even those who support his life doubt themselves and wonder if they are wrong.

Chief among those who hate Isaac is Marcus, the older son of Doctor Finn who once had a close relationship with Isaac, and series newcomer Charly, whose best friend and entire crew were killed due to Isaac’s actions. Marcus’s hatred deepens, resulting in an outburst of vile comments towards Isaac, resulting in the most damaging of phrases: “I wish you were dead.” Though Isaac has always and will always deny it, he has a semblance of emotions, and this statement, from one of the boys for whom he betrayed his own people, struck a chord. Isaac commits suicide thereafter to spare the crew and Marcus further discomfort.

The following days are filled with the crew grappling with the repercussions of Isaac’s suicide. They all question their stances on the original debate on the morality of resurrecting Isaac after the battle with the Kaylons. However, this reflection is short-lived as LaMarr manages to find a way to bring back Isaac yet again, but it requires the help of Charly, who will do nothing to save the life of a Kaylon after her immense loss. The only things that can change Charly’s mind are the words of Marcus, the only other person who hated Isaac as much as she. Marcus believes that it is his fault Isaac killed himself, and an argument can be made for that. His pain and agony are too much for Charly to bear, so she aids in Isaac’s resurrection. The future of the Kaylon war, as well as the victor in the ethical debate of Isaac’s existence, are still uncertain as the episode closes. 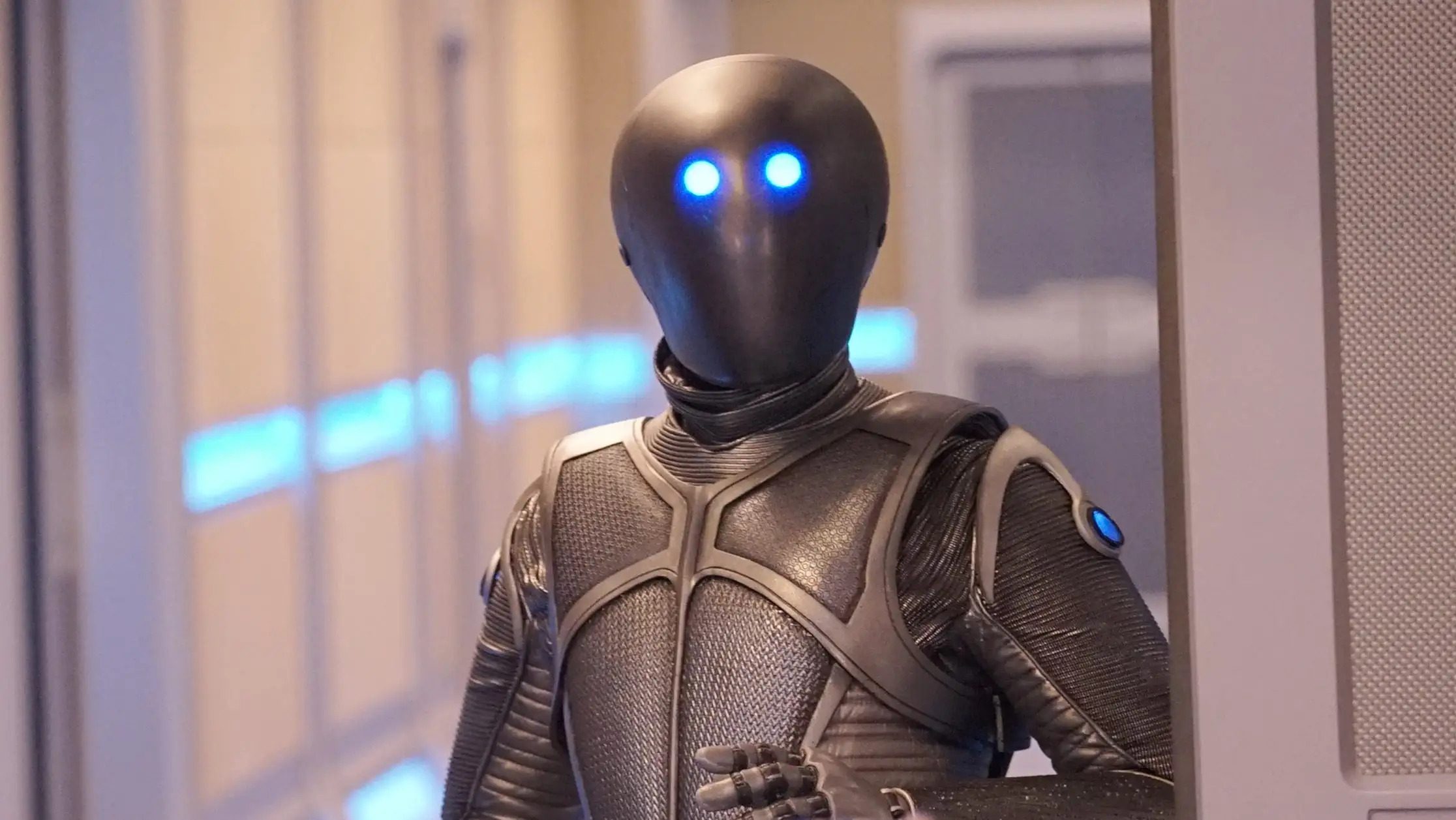 The debate surrounding Isaac is fascinating and well-written, driven by compelling characters and a sound script. He did make devastating mistakes, perhaps unforgivable ones. However, the debate must be had on whether or not he has value and whether or not his life has value. He turned against his people, making himself a pariah from his own society to be left with people who hate him so vehemently. Then, when one of the boys for whom he betrayed his society turns on him too, how will he react? It is a complex and intriguing question and is explored thoroughly by “Electric Sheep.”

It is fascinating to see how Isaac, a supposedly heartless machine, reacts to the word “murderer” sprayed across his lab walls, as well as his first encounter with the new girl, Charly, which starts out sweet but turns into vitriol. It makes sense why even he, an android, is driven to suicide following such abuse, even if it’s potentially justifiable. The episode profoundly explores the idea of what suicide means to an android. An android may be different from a human, but it faces the same issues and emotions when approaching the devastating state that ends in suicide.

The Orville approaches both suicide and the ethical debate of Isaac’s existence with incredible tact while not demonizing anyone on any side of an issue. That is why ethical and philosophical-themed episodes are far superior to political ones. With no clear answer or easy solution, no one is truly condemned for their opinions, and the audience is, by extension, not attacked or mocked by the writers. Even Charly, who has the most extreme opinion in the debate, is not demonized for her stance and portrays a high degree of vulnerability and depth of character through her reaction to this situation. Charly is not necessarily wrong. She has already cemented herself as a beneficial and exciting member of the crew despite her only recent introduction. 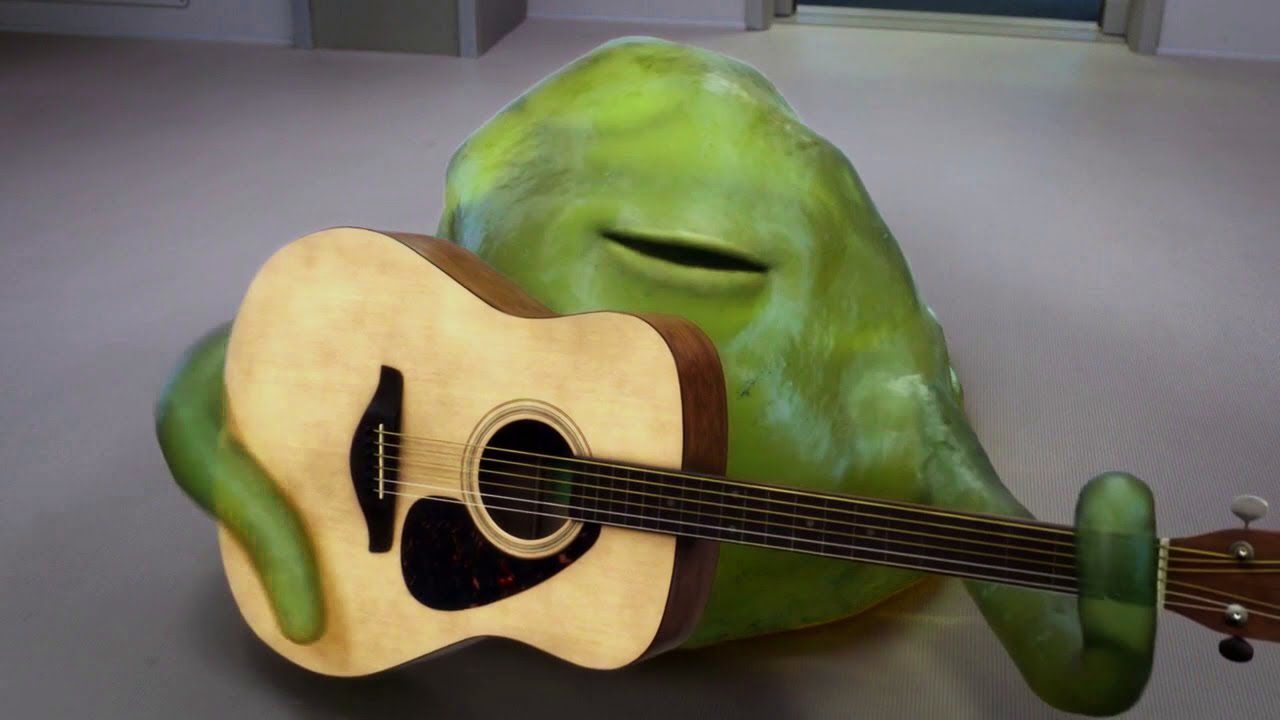 It must be noted that the episode opened with a brief tribute to Norm MacDonald, who played Lieutenant Yaphit. His recent death is a tragedy and a true loss to the world of comedy. He will live on in the hearts of fans and forever be Lieutenant Yaphit.

Otherwise, the production design and CGI are incredible and far superior to many shows airing currently. The Orville has always been great at showing very dynamic environments, from planets to nebulas to galaxies and more. The show, and specifically this episode, offers so many rich environments that hold so much for the audience to dig into and discover. Say what you want about the Star Wars prequels, but the CGI of the time allowed those films to introduce fans of the universe to many planets beyond their wildest imaginations. However, the sequels regressed in that sense despite their superior CGI, going back to only single environment planets, homogenizing the universe into a dull state. For Star Wars, there will always be a need for the classic desert planet, but some variety goes a long way to keeping fan engagement.

The Orville, and “Electric Sheep,” learns from the sequels’ mistakes and constantly delivers some incredible environments, specifically a gas giant with raucous orange and maroon storm clouds tearing at the hull of the Orville. The show makes the galaxy intriguing and diverse, making every new planet’s discovery something exciting and new, delving into the idea and motivation of exploration before anything else. 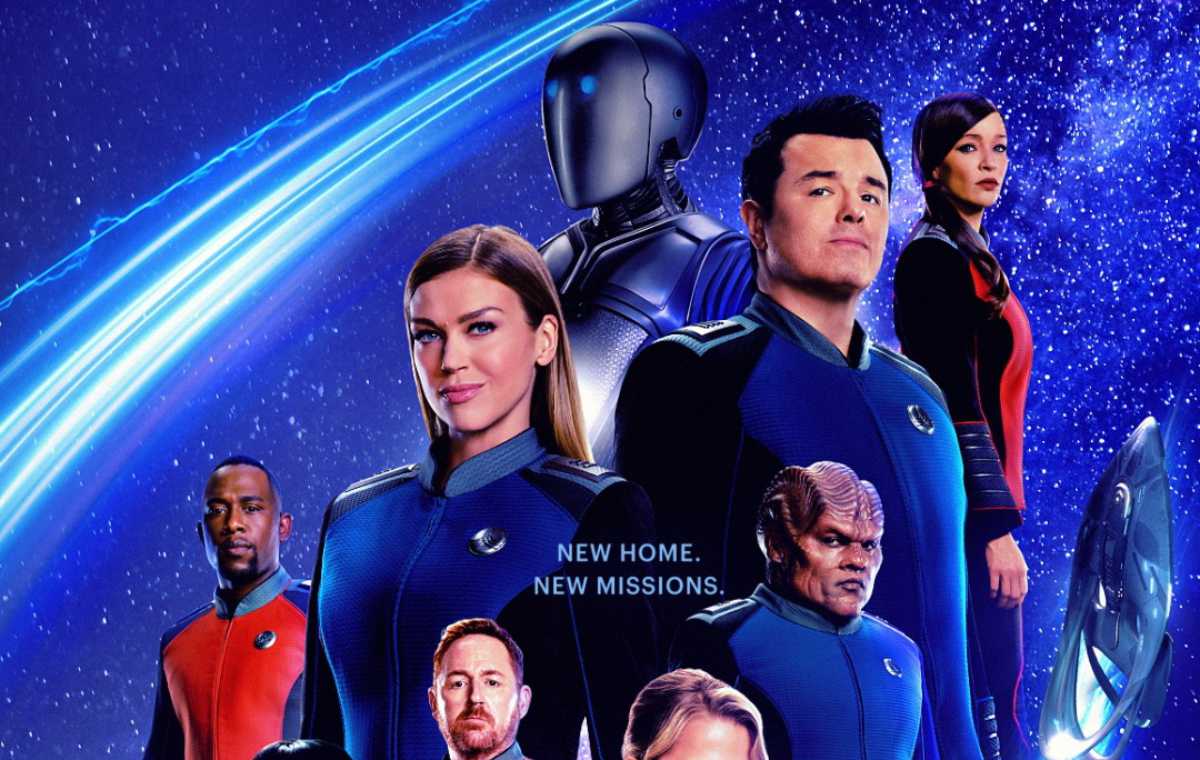 Overall, the ethics and philosophy are well done and timeless. The stellar script and incredible performances carry this episode and mark it as one of the best this phenomenal show has to offer. The idea of ethics and philosophy done maturely by intelligent writers is what Kurtzman specifically misunderstands about Star Trek. Political and current-day issues age quickly, but the idea of prejudice against an enemy society, even a defector, is an issue that has been experienced throughout human history and will continue far into the future. There are no absolute, correct answers. The crew is justified in being cautious and even frightened of Isaac, considering the traumatic events they have all experienced. No one is truly wrong or right, as there are not necessarily any right or wrong answers. That is the beauty of classic Star Trek and some of the beauty that makes The Orville so incredible and so timeless.

“Electric Sheep” is a strong start to the new season and suggests an exciting continuation to The Orville. With such a profound and thought-provoking premiere, fans can only wait with bated breath each week for the next installment of New Horizons to blow them away.

“Electric Sheep” is a strong start to the new season and suggests an exciting continuation to The Orville universe.

So do “androids dream of electric sheep” , bladerunner was based on that book. It also demonstrates these guys are hard core geeks too, using electric sheep as the title. In this current culture I think we should add a woke scale to reviews as that is now the first question I ask. Now to go watch the episode Thanks for the reminder. Great Comprehensive Review though!!!

Thank you. Yeah, deep cut geek stuff throughout the episode. This episode was great and there was no woke stuff that I saw. A woke scale would be a good idea though.